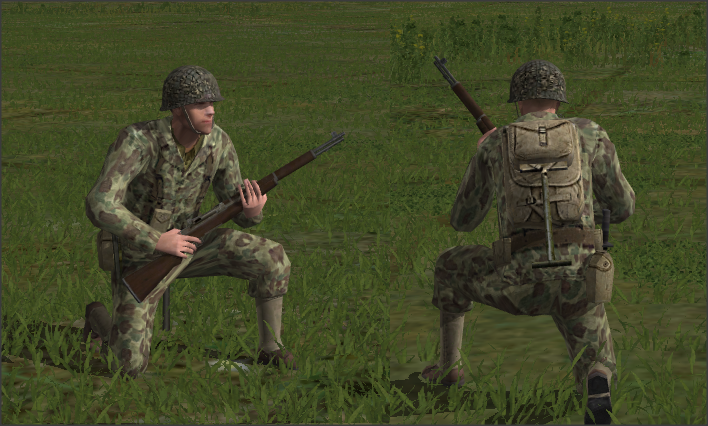 This is camo worn by some divisions in Normandy 44. All work is mine but for the Scrim Helmet which is from Veins Airborne mod.

There are 2 sets. I with camo uppers and lowers and the other mixed.

Info below is quoted from World at War Website.

“Although the uniform seems to have provided good camoflage for the troops wearing it, the unfamiliar uniforms were often mistaken for the camoflauge smocks worn by the German Waffen SS. This resulted in a number of ‘friendly fire’ incidents.

The uniforms were withdrawn from the ETO, although troops were often still issued with the camoflage uniform as their original ones wore out, and period photos show the type in use until well into August 1944; not always with matching sets, as jackets can sometimes be seen mixed with M1937 wool trousers. 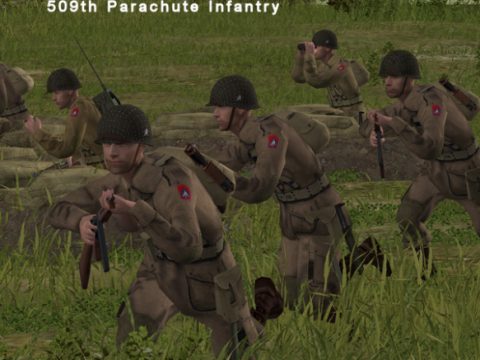 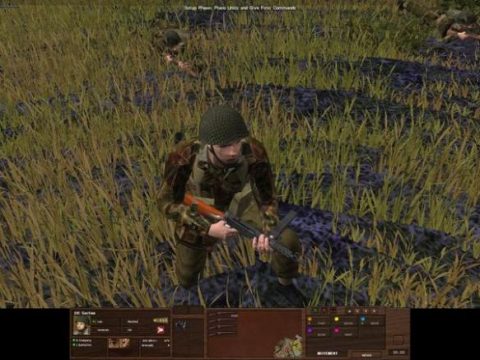 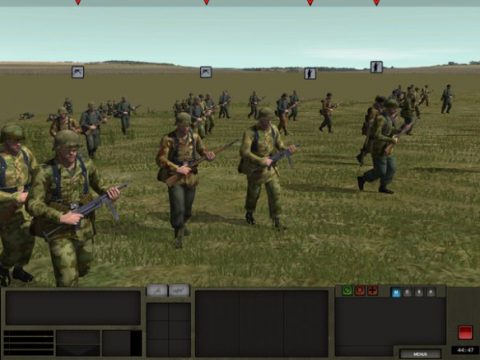 CMBN US Helmet Net
admin 2019-01-26 0 Comments
Adds helmet nets to some of your infantry. https://drive.google.com/open?id=1edqK7rZGb_T_DpZdgQb8evrblkdtBsCD