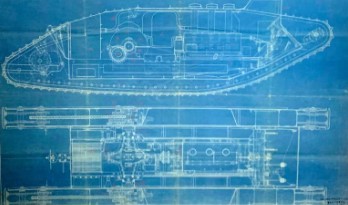 The ‘lost’ blueprint for the world’s first tank to see action has been secured for the nation by The Tank Museum in Dorset.

Thanks to the backing of Tim Allan, a former officer in the Royal Tank Regiment, the Museum was able to win the auction.

The plans along with the patent specification for the Mark I tank were purchased for a hammer price of £14,600.

Laidlaw Auctioneers in Carlisle offered the historic items which came from a private vendor whose family had owned them for considerable time.

The 44ins by 28ins blueprint is dated May 1916, just four months before the Mark I tanks had their first outing during the Battle of Flers-Courcelette, part of the Somme Offensive during the First World War.

The documents have been described as the ‘birth certificate’ for the tank, an invention that changed the nature of modern warfare.

The Mark I tank was designed and manufactured by agricultural machinery company William Foster & Co of Lincoln.

The patent document describes the tank as “transport vehicles propelled by an endless moving chain track” and explained it was in the shape of a “lozenge”. 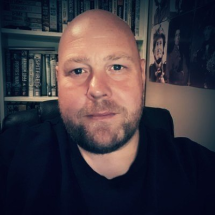