Where Wargaming And History Collide

The latest content for Field of Glory II titled Swords and Scimitars has been released today.

It takes you into conflicts that have inflamed South-Eastern Europe and the Middle East from 1040 AD to 1270 AD.

Play some of the bloodiest battles of the Crusades. Relive the final flowering and the decline of the Byzantine empire as well as the Mongol invasion of the middle east, which was only halted by the Mamluk Egyptians.

Swords and Scimitars comes with 20 more nations and factions and 35 more units.

Answer the call to arms, the battle never stops in Field of Glory II: Medieval – Swords and Scimitars. 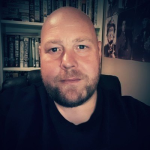