The building of the armored train started on Sept 4, 1944. It was finished on Sept 18, 1944 in a railway work in Zvolen, Slovakia, for the Slovak National Uprising against Germany.
The armored combat train was equipped with a 75 mm caliber cannon, two 37 mm caliber cannons and 10 machineguns of a 7,92 mm caliber and had a crew of about 70 soldiers. 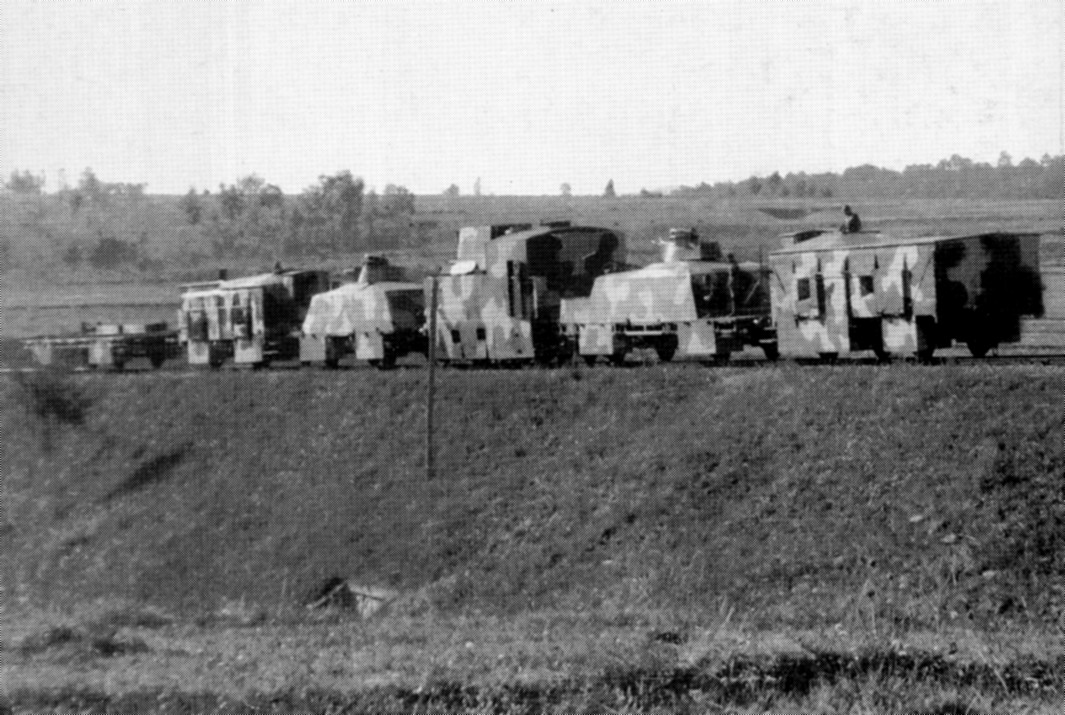 Its first action was on Sept 27, 1944, at the line Hronská Dúbrava – Kremnica. Near Stará Kremnička it was fighting against a German army advancing to Zvolen. When moving to Hronská Dúbrava, the German Luftwaffe destroyed the train's locomotive. After repair, it successfully fought at Žiar nad Hronom, Jalná and Hronská Dúbrava, from where it moved on Oct 18, 1944, to Krupina, where it fought against SS Schill. Two days later, it moved to Dobrá Niva, where it was attacked several times by the German Luftwaffe. After a German attack on Oct 25, 1944, it left Zvolen as the last train, moved to Banská Bystrica and then moved to Ulmanka, where it was blocked by a retired train. After discarding all weapons the crew continued fighting as a partisan battalion. 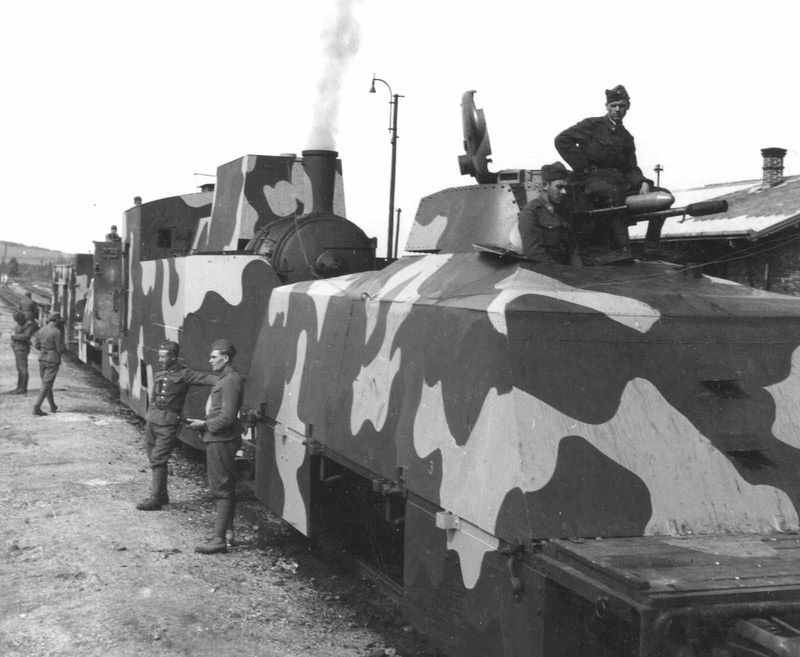 A data: that not only tank turrets, but whole tanks were used in tank cars. LT vz. 35 tank was placed on flat car, and then armored construction was built around it. 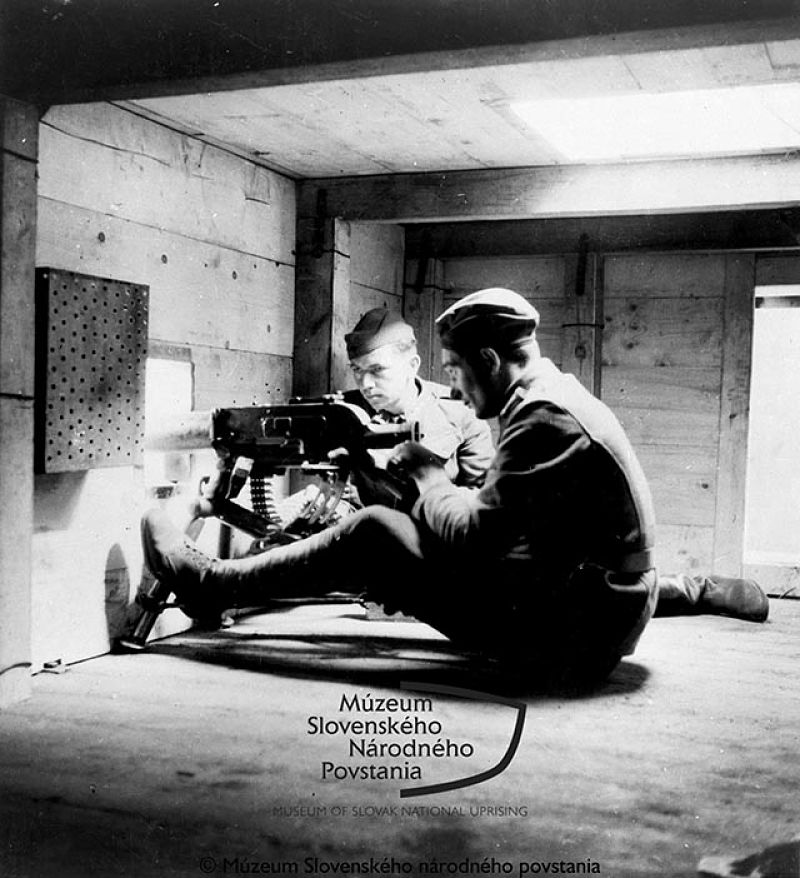 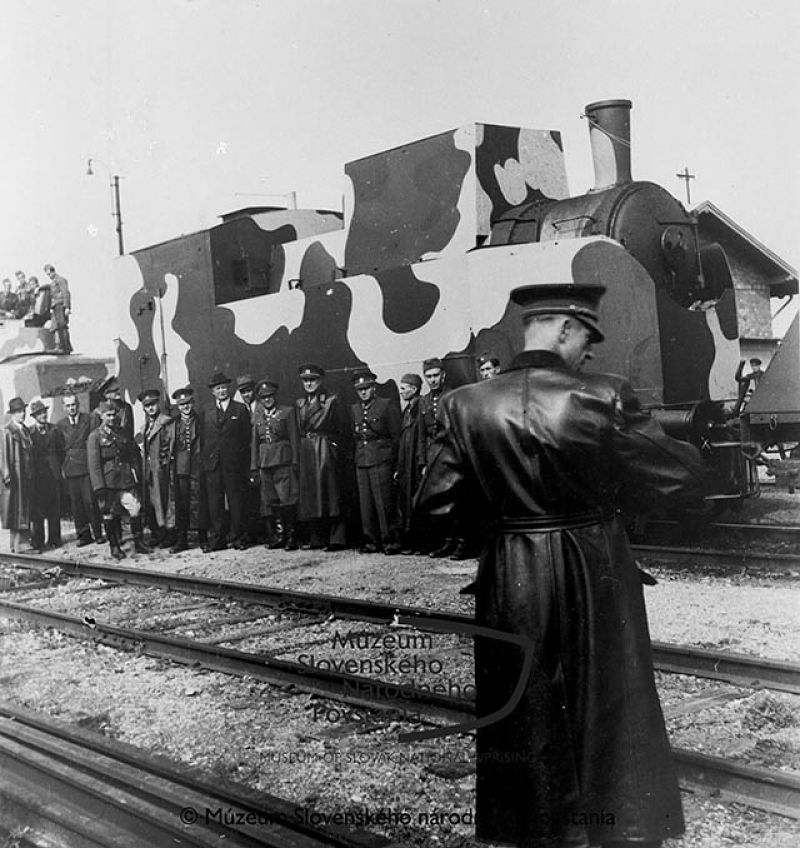 It is said to be the only movable armored train worldwide nowadays. 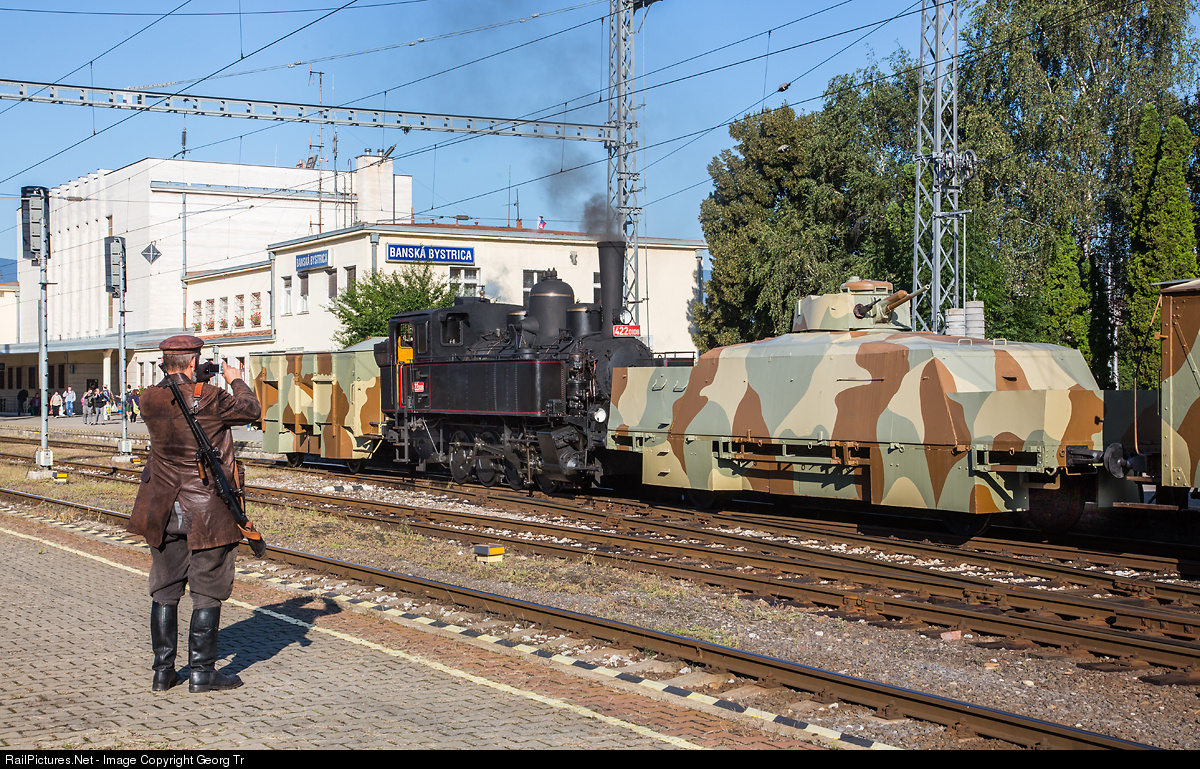