The 88 mm gun (eighty-eight) was a German anti-aircraft and anti-tank artillery gun from World War II. It was widely used by Germany throughout the war, and was one of the most recognized German weapons of the war. Development of the original models led to a wide variety of guns.

The name applies to a series of guns, the first one officially called the 8,8 cm Flak 18, the improved 8,8 cm Flak 36, and later the 8,8 cm Flak 37. Flak is a contraction of German Flugzeugabwehrkanone[SUP] [/SUP]meaning "anti-aircraft cannon", the original purpose of the eighty-eight.

In informal German use, the guns were universally known as the Acht-acht, a contraction of Acht-komma-acht Zentimeter ("8,8 cm"). In English language, "flak" became a generic term for ground anti-aircraft fire.

The versatile carriage allowed the eighty-eight to be fired in a limited anti-tank mode when still on wheels, and to be completely emplaced in only two-and-a-half minutes. Its successful use as an improvised anti-tank gun led to the development of a tank gun based upon it. These related guns served as the main armament of tanks such as the Tiger I: the 8,8 cm KwK 36, with the "KwK" abbreviation standing for KampfwagenKanone ("fighting vehicle cannon").

I love the way Rommel experimented with them as anti tank guns in North Africa.
S

My stepfather was a gunner on a 8,8 in the late war. They were placed at Hamm-Rhynern in the north of the Ruhrkessel and had fought against the 9th U.S. Tank-Army.
60 tanks against two FlaK - any questions?

Please, tell us more, Steiner! Was that Your father who whistled "Unsere Fahne flattert uns voran" during erecting a flag for the football WM? Or was that another one?

Yes Ralf, that`s the one.
More? Well, this was the end of the war for him.
You see, not all of them young guys were total fanatics, like many movies want to make us believe. You know, not all of them died on the battlefield.

I hope he saw the end of the war unharmed! But nevertheless it would be great to know more about the fighting and how he dealt with the opportunity to die during the fight. Don´t understand me wrong! It´s no pervers but "educational" interest why I ask. If it´s too personal I´m apologize and don´t ask further.

I`m telling you about this part in the "Ruhrkessel".
The german HKL is holding by an Infantry-Platoon. Every morning comes an american tank and fires a few rounds to the german trenches. The Infantryleader - an Lieutenant - speaks with the batteryleader abaout this.
Next morning the tank comes again, but before he can place one shot he is smashed by an eighty-eight-grenade.
With an infernal "Hurra!" the comrades from the infantry give the cheers for the gunners.

Needle someone over what he can bear and he will strike back! And thanks for Your "continued" answer. I´m really looking forward to hear/read more.

Greetings and have a nice celebration/mourning day!
R 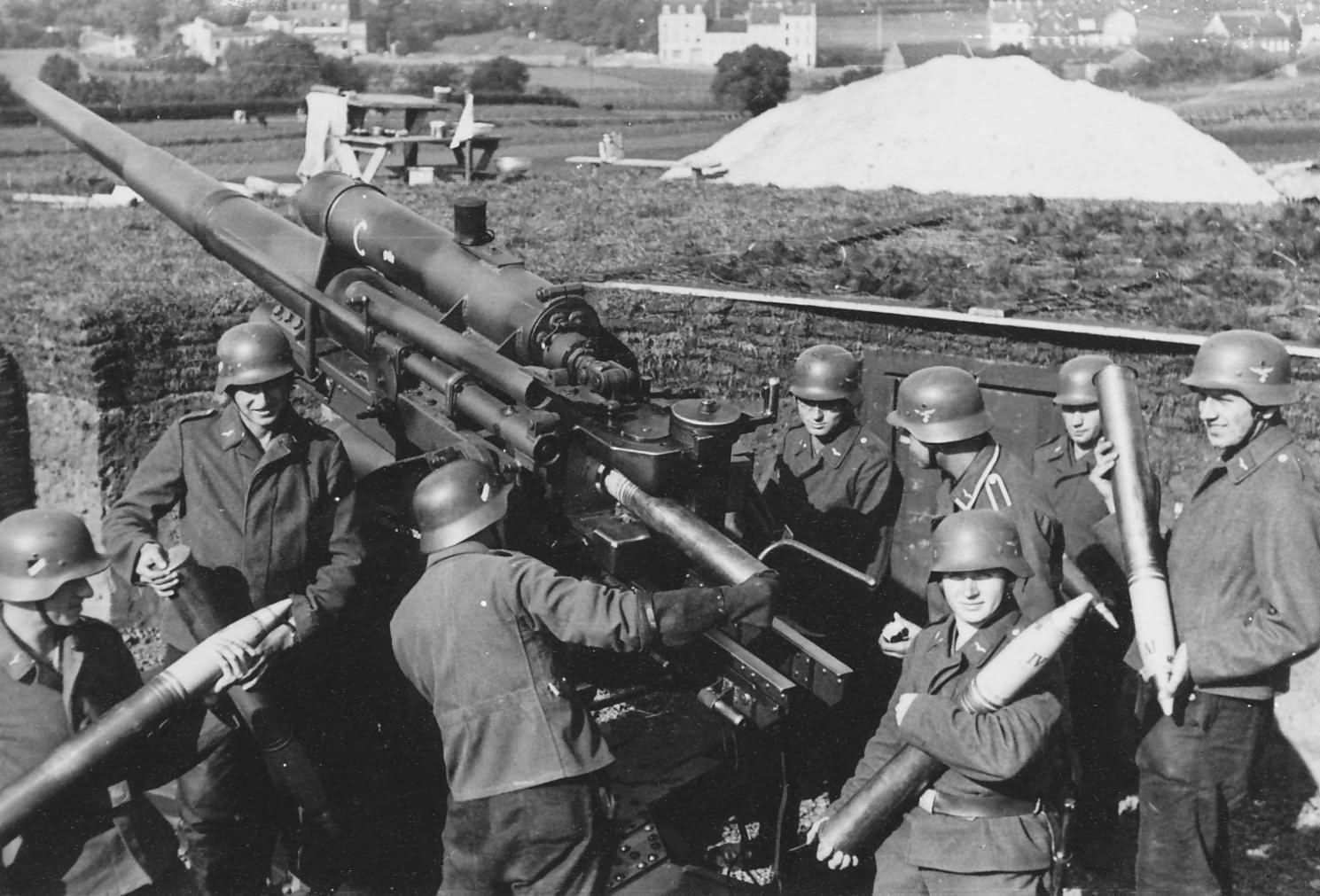