Antietam is another fantastic park to go to.
It very much looks like what it did in 1862.

One thing about most Civil war battlefields, they were fought in some of the most scenic places.
Of course they were fought mostly on high ground with good vistas.
I have to say the area around Sharpesburg Maryland is some of the prettiest country.
Have any of you guys been?

We were fortunate enough to take a bus tour with Ed Bearss, one of the narrators of the Civil War series, back in the mid 90's.
He is quite the character. Just a fountain of information.

Here's a salute to Ed who is still with us at 96 and living in Montana.

"On January 2, 1944, Bearss was severely wounded at "Suicide Creek" (Cape Gloucester, New Britain) by Japanese machine gun fire. He was evacuated to California, and spent 26 months recovering in various hospitals. He was honorably discharged from the Marines as a corporal on March 15, 1946, and returned home to Montana.

.....At Vicksburg, Bearss did the research leading him and two friends to the long-lost Union gunboat U.S.S. Cairo. He also located two forgotten forts at Grand Gulf, Mississippi. He was promoted in 1958 to Southeast regional historian, working out of Vicksburg, but he spent the majority of his time on the road, visiting virtually every battlefield in the country. As popular interest in the Civil War increased with the centennial celebrations starting in 1961, Bearss was recognized as more knowledgeable on the battlefields than virtually anyone else and he was enlisted to develop a variety of new parks, including Pea Ridge and Wilson's Creek. During his long NPS career, he also led efforts in Fort Smith; Stones River, Fort Donelson; battlefields around Richmond, Bighorn Canyon; the Eisenhower Farm at Gettysburg; the gold miners' route over Chilkoot Pass; President Lyndon B. Johnson's Ranch; Fort Moultrie; Fort Point; William Howard Taft House; Fort Hancock at the Boston Navy Yard; and the Herbert Hoover National Historic Site.

In 1966, Bearss was transferred to Washington, D.C. On November 1, 1981, he was named Chief Historian of the National Park Service, a position he held until 1994. From 1994 to 1995, he served as special assistant to the director. After his retirement in 1995, he received the title Chief Historian Emeritus, which he holds to this day."

Pretty sure Shelby would be brought up on charges with that kind of attitude today.
Some more of him. Quite an interesting guy.
His Civil War trilogy is an absolute must read for anyone with a real interest in the subject. 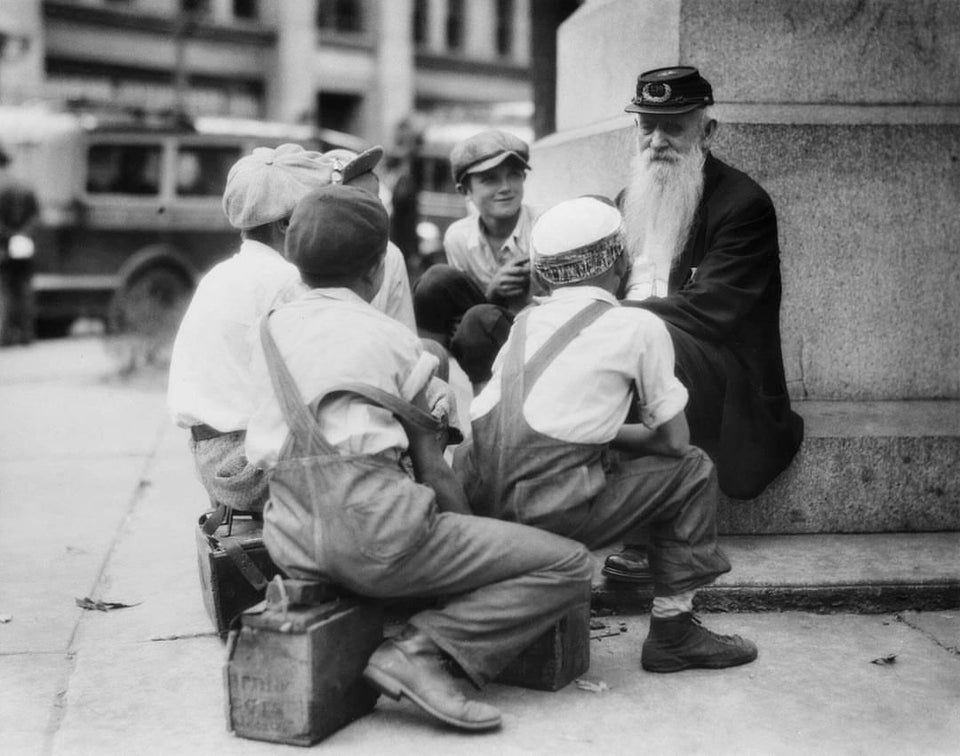 This one seems to be missing from the collection.
A complicated battle actually made understandable.
Well done.
-----

We were just talking about this and the Spencer rifle.

I have to head out there for a weekend, take a bunch of pictures and do a proper discussion thread on Gettysburg.
Once I'm vaccinated of course

He missed it a little on "seeing the elephant." I always thought it was a reference to a soldier's having been in combat. "Seeing the elephant" referred to having been shot at...or not. Much more then that apparently.
The phrase seeing the elephant is an Americanism which refers to gaining experience of the world at a significant cost. It was a popular expression of the mid to late 19th century throughout the United States in the Mexican–American War, the Texan Santa Fe Expedition, the American Civil War, the 1849 Gold Rush, and the Westward Expansion Trails (Oregon Trail, California Trail, Mormon Trail).
During the 20th century the phrase faded from popularity but when historians started taking note of its recurrence in historical newspapers, journals, and literature they often summed the elephant up too quickly and categorized it as a negative experience. Desolation and sadness may have been one trait of "seeing the elephant", but it was certainly not the only or even the most prevalent. More often, American pioneers of the Overland Trails talk of the excitement and anticipation of heading west to see the elephant. Elephant "sightings" often begin with excitement and high ideals only to be disappointing or disenchanting. The high excitement followed by the low frustrations are what epitomize the elephant as something most wanted to "see" but few would have wanted to "see" again." - Wiki
-----
A little concerned I really didn't need much clarification, if any, on most of those terms.

Early in the morning of April 2, 1865, Capt. Charles Gilbert Gould (1845/1916) of the 5th Vermont Volunteer Infantry is shown valiantly leading the Union attack of the 6th Corps that results in the withdrawal of the Confederate Army at Petersburg. 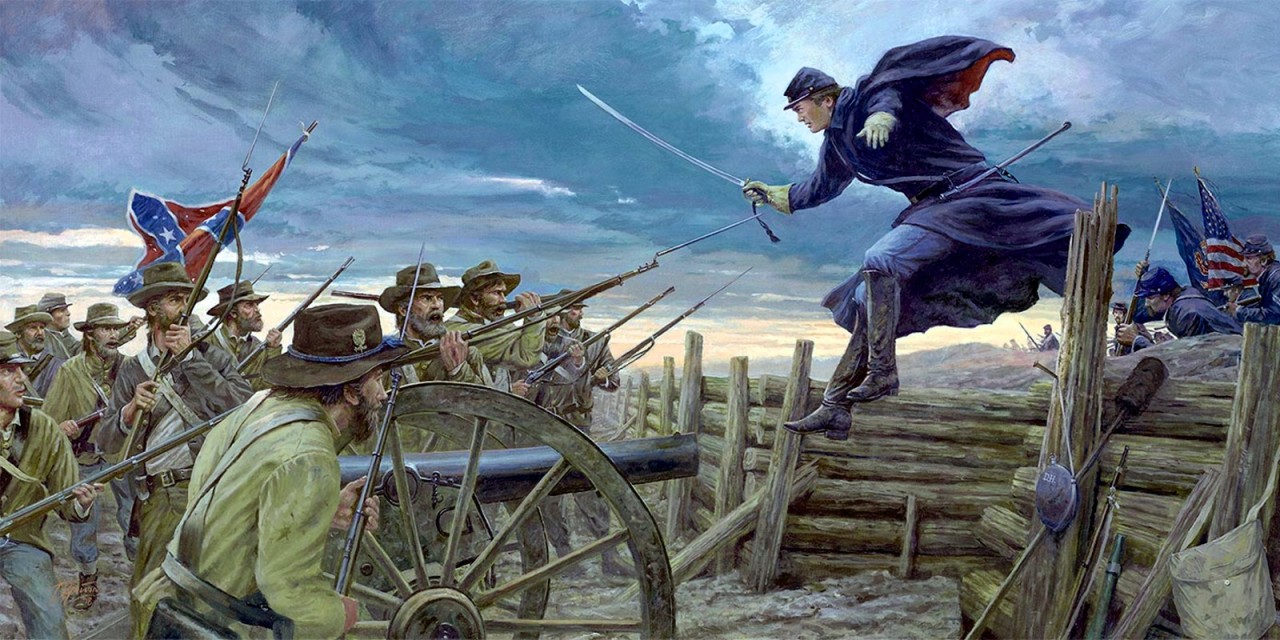 On this day he was severely wounded in the battle of Petersburg, receiving, after entering the enemy's works, a dangerous saber cut in the head, a bayonet wound in the face and a second bayonet wound in the back, besides being severely beaten with clubbed muskets. Was officially reported as the first one in the assaulting column to enter the enemy's works, and for distinguished gallantry in this battle was brevetted major and also received a medal of honor from Congress.

Seated center left in front of trees, the Gen. U. Grant held a council of war outside Massaponax Church, Virginia, using the church pews as benches, 1864. 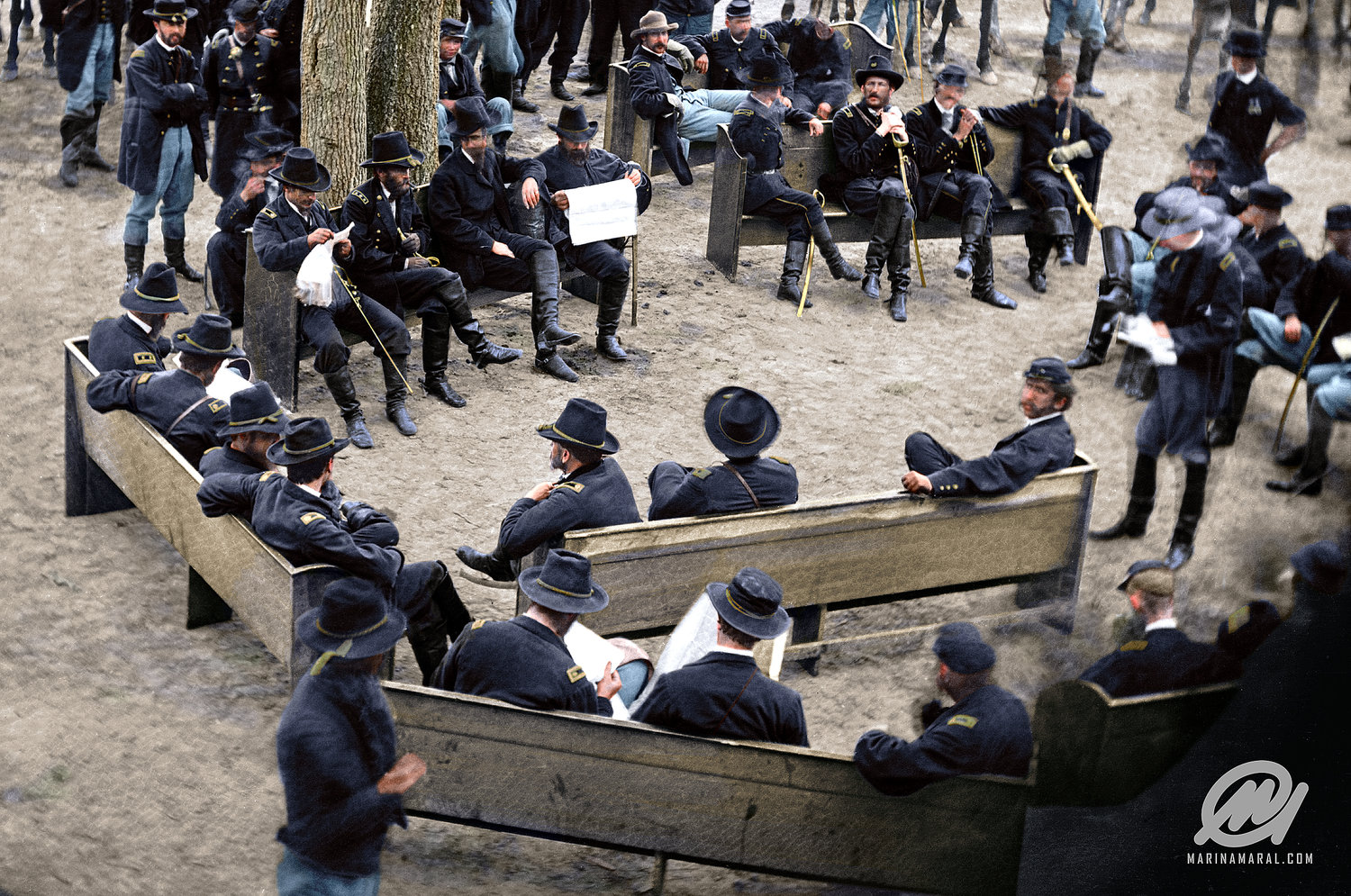 Aboard in an airliner, two Civil War veterans flew over the Gettysburg Battlefields where poppies were dropped from the plane. Here Private Willaim H. Jackson, age 95 (left), wh fought with the Union Army, and Major Robert E. Wilson (92) who was in the ranks of the Confederates. Year 1938. 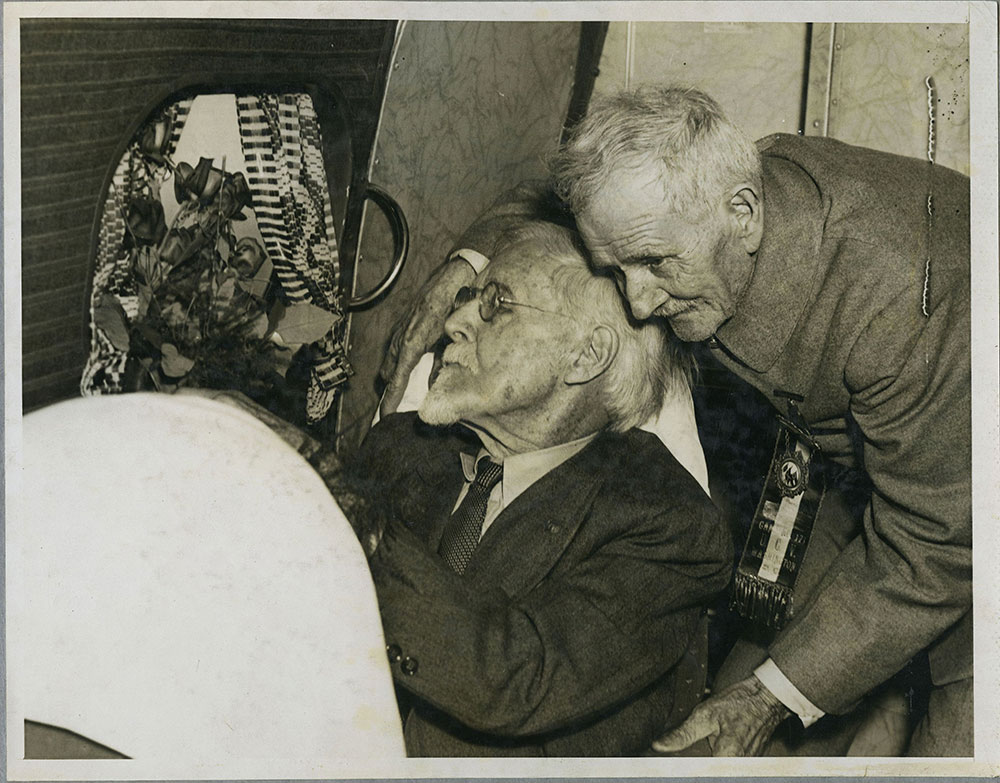 Louis said:
Aboard in an airliner, two Civil War veterans flew over the Gettysburg Battlefields where poppies were dropped from the plane. Here Private Willaim H. Jackson, age 95 (left), wh fought with the Union Army, and Major Robert E. Wilson (92) who was in the ranks of the Confederates. Year 1938.

It is so interesting to me about how relatively recent the US Civil War was. My Great Great Grandfather fought in it.

More losses than the size of the whole army during the Revolution and 1812. Wow.
A sad day.

The conversation is reported to have been such:

Sherman: Well, Grant, it’s been a devil of a day.
Grant: (nodding) Whup ’em tomorrow, though.