The Aviatik D.I, was a single-engine, single-seater fighter biplane. It was also known as Berg D.I or the Berg Fighter because it was designed by Dipl. Ing. Julius von Berg. The D.I was the first indigenously designed fighter aircraft of the Austro-Hungarian Air Service (Luftfahrtruppen). 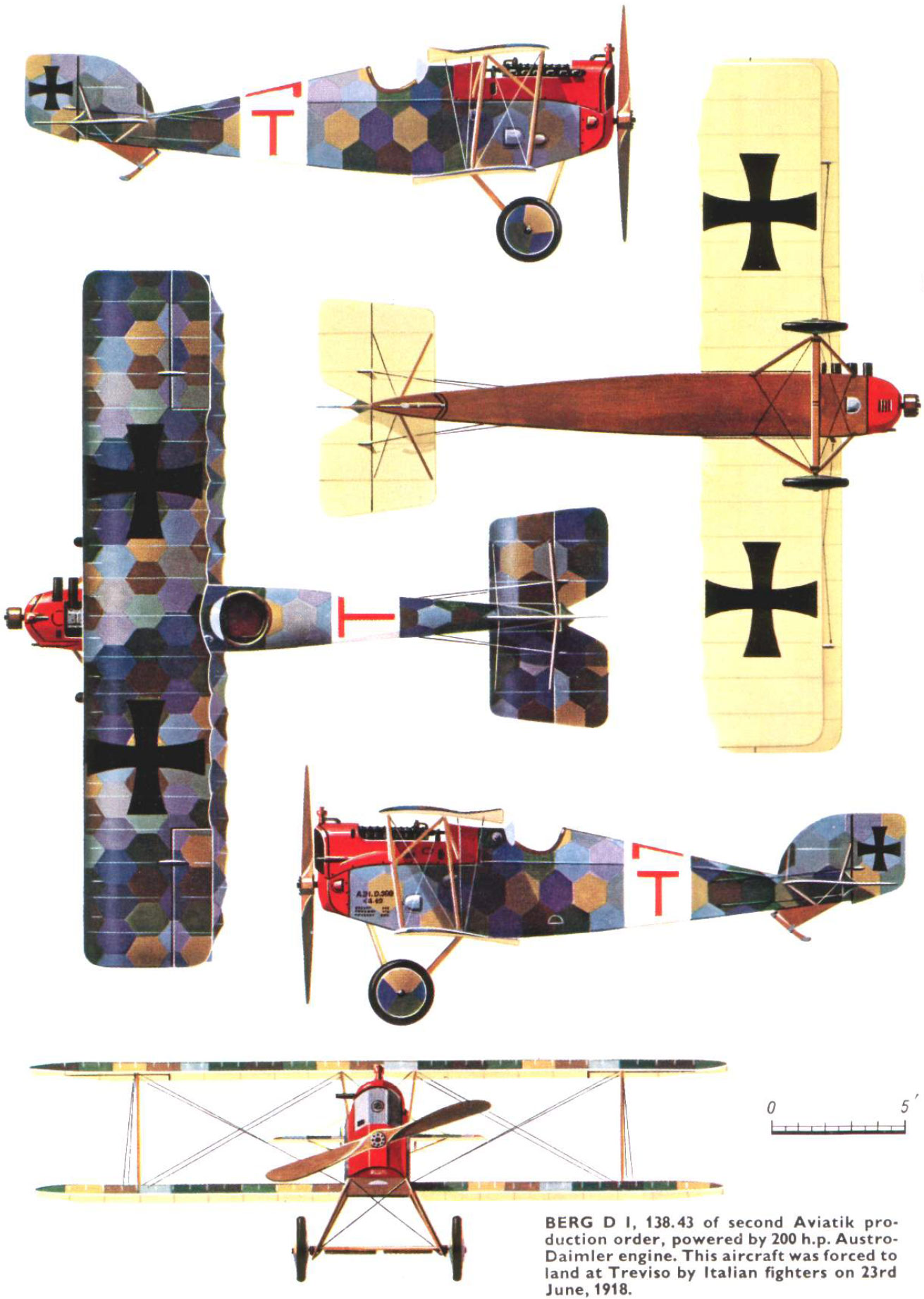 Work on the prototype began in August 1916, while the first flight of the Aviatik D.I prototype, marked 30.14, took place at 16 October 1916 at Aspern, unfortunately killing the test pilot.

Further modifications were made, and three more prototypes of the Aviatik D.I were manufactured, labeled 30.19 (for tests on the ground), 30.20 (for tests in flight) and 30.21 (as a reserve airframe). These prototypes differed from the production aircraft in having a single unsynchronized Schwarzlose machine gun above the top wing, firing over the propeller.

In many respects, the D.I was a good combat aircraft. It was reasonably fast, had excellent flying characteristics and maneuverability, and could reach higher altitudes than most of its adversaries. In addition, it was provided with a roomy and comfortable cockpit which gave a good field of view.-

Despite those desirable features, the new Aviatik fighter wasn't greeted with enthusiasm when it entered service in autumn 1917, as the type also had some serious defects which didn't endear it to its pilots. The early aircraft had structural deficiencies and their machine guns were installed beyond the reach of the pilot; if the gun(s) jammed, there was nothing he could do about it. These problems were later rectified with the strengthening of the airframe and the repositioning of the guns, but the main cause of complaints was the engine's tendency to overheat far too easily. To alleviate the cooling problems, operational units tended to fly their aircraft without the engine's top panels and sometimes also the side panels were left off. 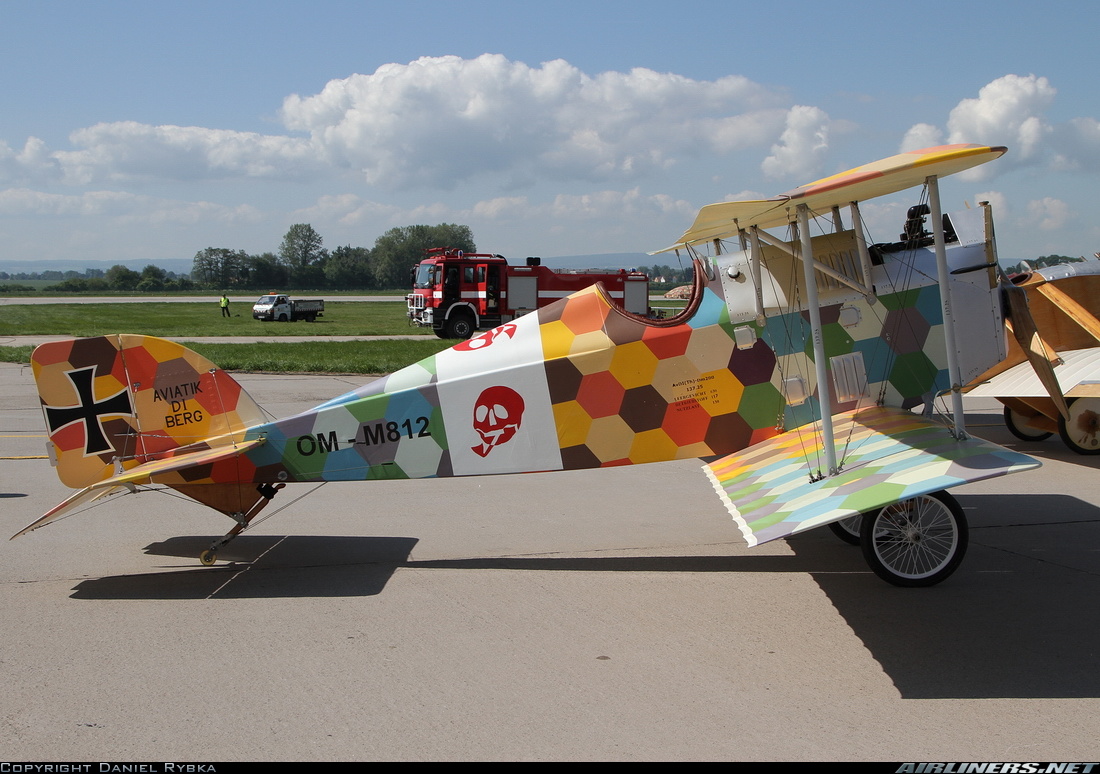 The Austro-Hungarian aviation units used the D.I widely until the end of World War I on Eastern, Italian and Balkan fronts, mainly as an escort fighter for the 2-seater reconnaissance aircraft, as the most fighter units preferred the Albatros D.III in air superiority role.

The D.II was a version of the D.I with a cantilever lower wing. The model went into production in late 1918 in two Series (39 and 339), but the production aircraft were too late for operational service. The D.III high-altitude version with a 230 hp Hiero engine and the Dr.I triplane development remained as prototypes only.