The Bison was an extemporised armoured fighting vehicle frequently characterised as a mobile pillbox. Bisons were produced in Britain during the invasion crisis of 1940-1941. Based on a number of different lorry chassis, it featured a fighting compartment protected by a layer of concrete. Bisons were used by the Royal Air Force (RAF) to protect aerodromes and by the Home Guard.- The Bison was the invention of Charles Bernard Mathews who was a director of Concrete Limited.-

Mathews bought twenty four old lorry chassis on which to base the vehicles and made up a prototype to show to local military authorities. Many were old and some dated from the First World War period, one had even seen service as a fire engine and some had not even been converted from solid to pneumatic tyres. With a variety of chassis to work on, Bisons inevitably varied in detail, but were made in three distinct types. 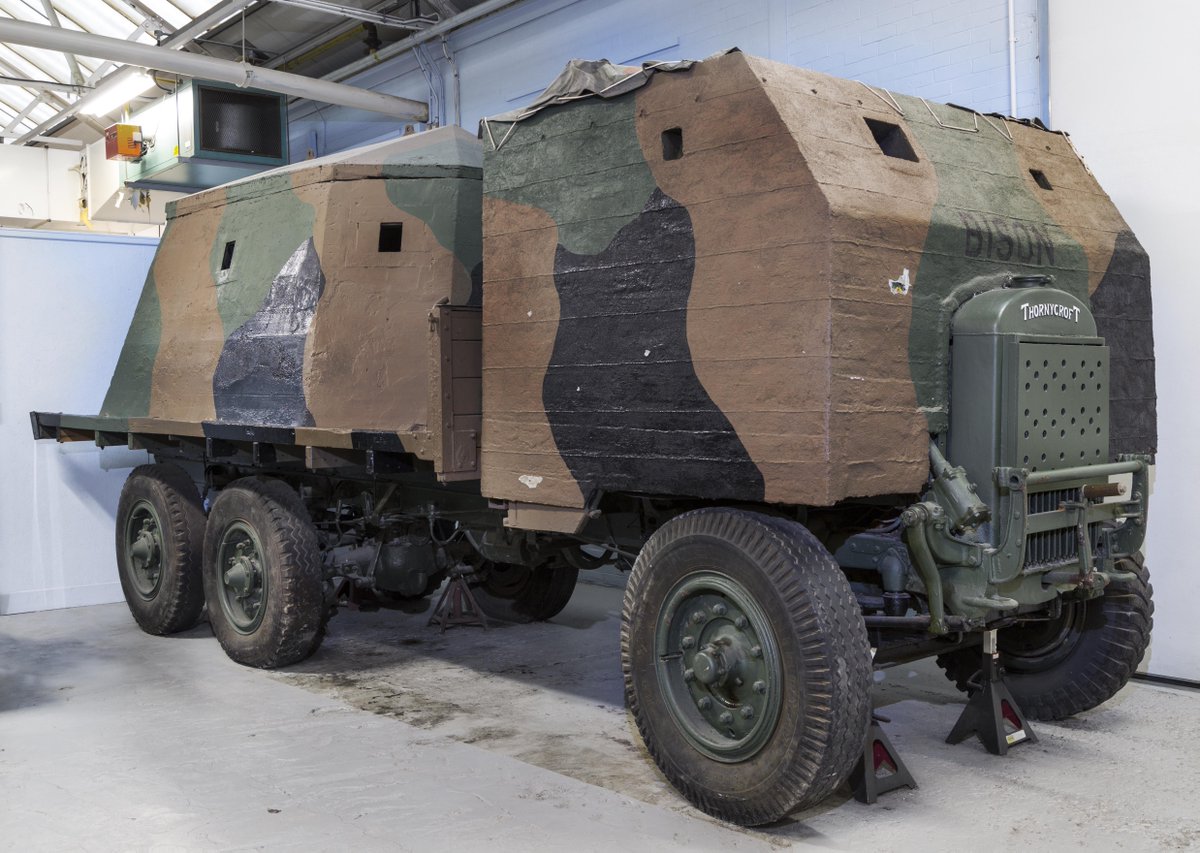 Steel was a valuable wartime resource so concrete was favoured for armouring these pillboxes. Any available lorry chassis was used, although the weight of the concrete meant that only the heaviest of chassis were suitable.-

Lorries arrived at Concrete Limited's Stourton Works in Leeds, where the original metal bodywork was removed and wooden shuttering formers constructed. Within the formers, three sheets of expanded metal were placed as reinforcement and then fast setting, high strength concrete made with high alumina cement was poured in.-

When a roof was provided, this was constructed from pre-cast concrete. The walls were about 6 inches (150 mm) thick and were found to stand up well to Bren gun and armour-piercing bullets.

Despite un-reinforced concrete's poor performance as armour against heavy weapons, they would have been quite adequate to defend against the lightly armed German paratroops who were the anticipated enemy at airfields.- 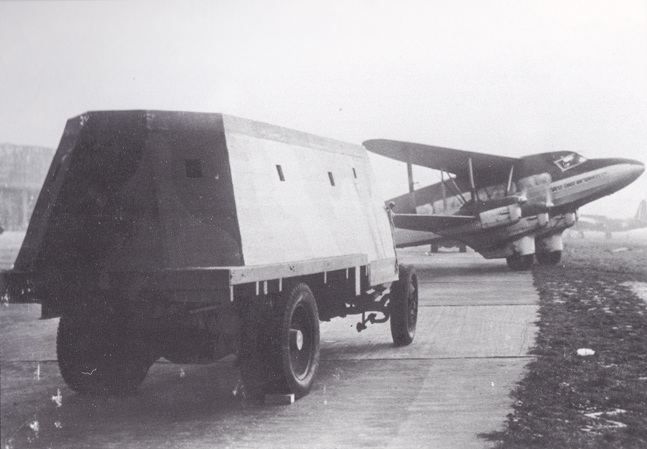 It was claimed to travel "at normal lorry speed" but in practice it was primarily allocated to the flatness of airfields. Most had difficulty moving at all owing to their excess weight, poor visibility and reduced radiator cooling. Some broke down completely and were either towed, or abandoned in place.-
Last edited: Sep 5, 2017
T

I hope they had "run flat" tires.