One of the most effective anti-aircraft guns of WW2, the 40mm Bofors gun played a vital role in defending Navy ships. Originally of Swedish design, but obtained from the British, at the outset of the war the Bofors gun was not standard on U.S. Navy ships. This changed by 1942, when American designers updated the gun and improved the ammunition. The 40mm guns replaced previous ineffective guns and provided an upgrade by becoming one of the prime anti-aircraft batteries for the Navy, alongside the larger twin dual-purpose 5-inch guns and smaller 20mm guns. 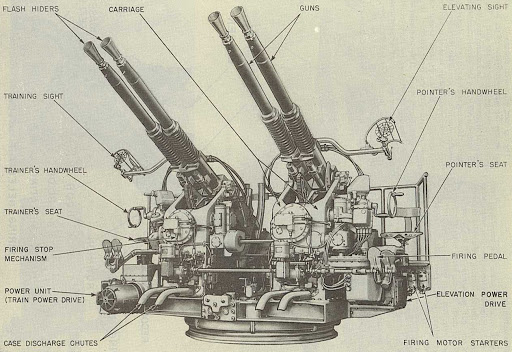 The Bofors guns were usually arranged in either dual or quad positions, and less commonly as a single barrel. The arrangement generally depended on the size or layout of a ship. 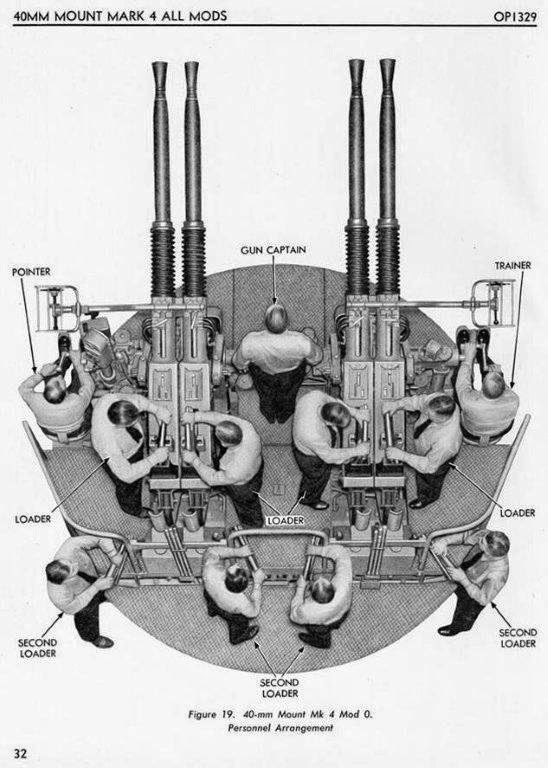 The gun crew consisted of eleven men for the quad guns, with two loaders needed for each barrel. The sailors worked as one unit under the gun captain, who was able to direct the gun quickly on a fast moving turret. The gun was improved when it was combined with the new Mk 51 gun director which enabled greater accuracy. 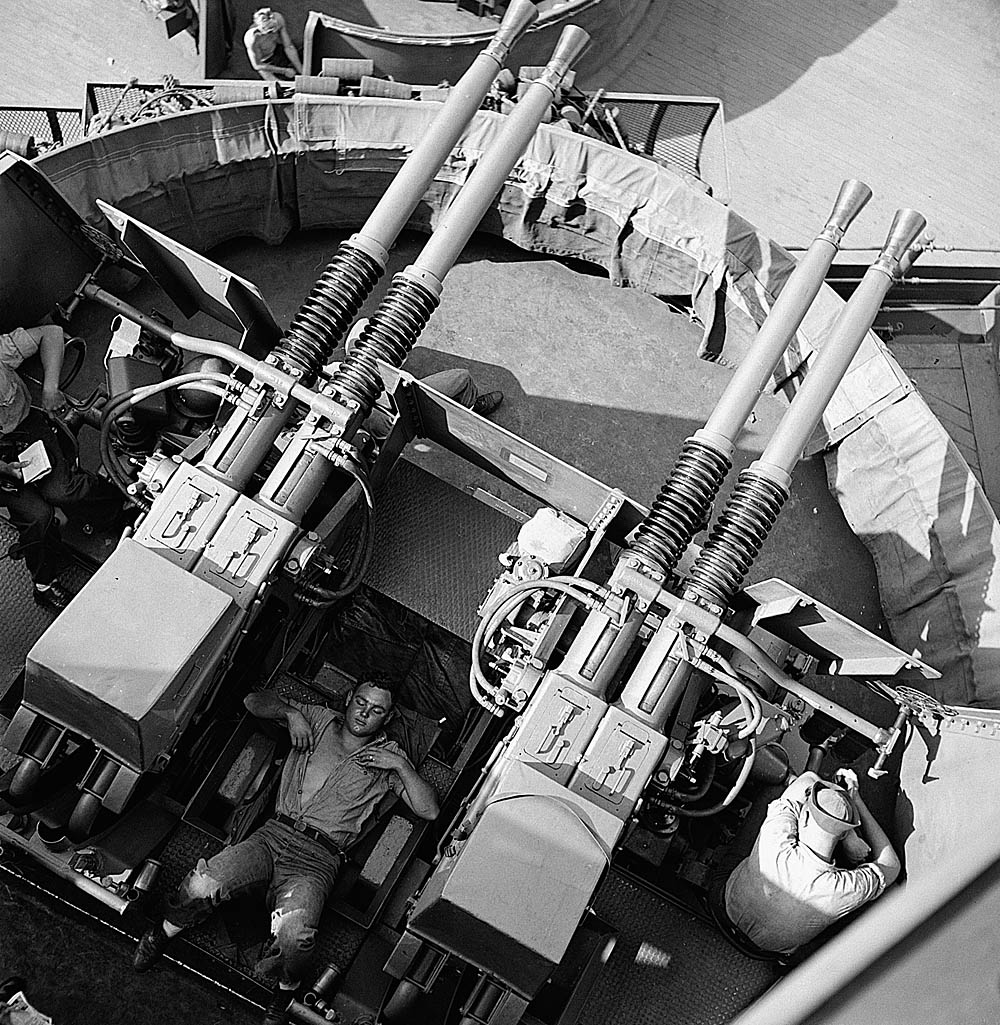 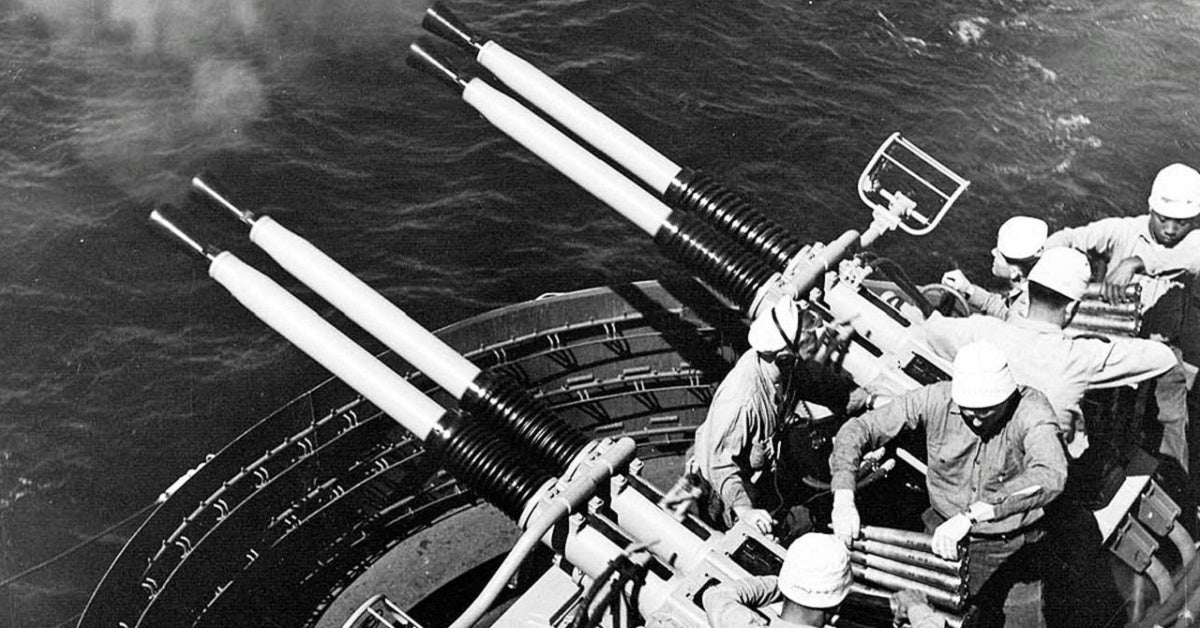