Developed by Captain H. C. Boys (the Assistant Superintendent of Design) who was a member of the British Small Arms Committee and a designer at the Royal Small Arms Factory Enfield, the Rifle, Anti-Tank, .55in, Boys commonly known as the "Boys Anti-tank Rifle" was a british anti-tank rifle in use during WW2.

Although adequate against light tanks in the early part of the war, the Boys was ineffective against heavier armour and was phased out in favour of the PIAT (Projector, Infantry, Anti Tank) mid-war.
62,000 Boys anti-tank rifles were produced.

Two members from the 1st battalion of the British Army’s Border Regiment clean their weapons, a Boys anti-tank rifle and a Bren light machine gun. Feb. 1940

Striking that the Bren wasn't that much smaller than the AT rifle... 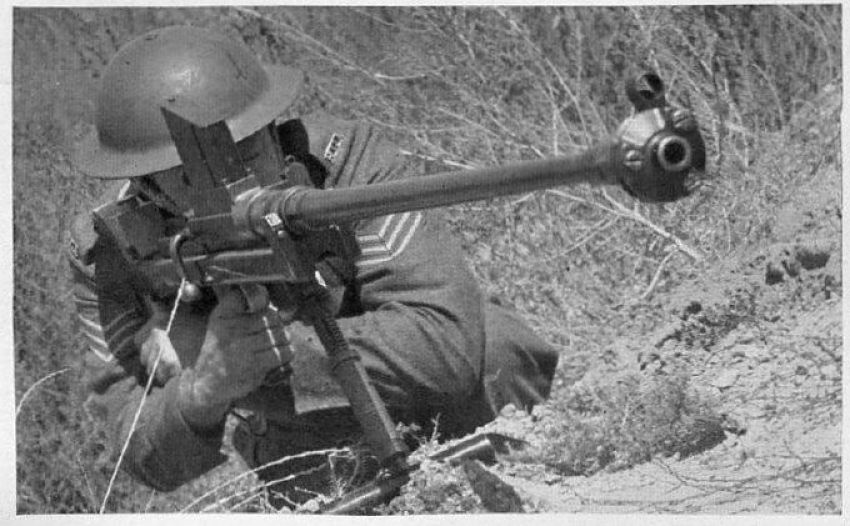