The Brazilian Expeditionary Force (in portuguese: Força Expedicionaria Brasileira), Known by the acronym FEB Was the military force Brazilian of 25 334 men who fought alongside the Allies in Italy during the World War II. Initially composed of an infantry division, eventually covering all Brazilian military forces who participated in the conflict. He adopted the motto "The snake is smoking," in allusion to what was said at the time that it was "easier a snake smoking than Brazil enter in the war. "
Last edited: Feb 2, 2016

Tribute to Allied Nations published in a magazine for Brazilian GIs May 8, 1945 Where the Brazilian forces equipped completely by the Americans or did they have their own equipment?

Nathangun said:
Where the Brazilian forces equipped completely by the Americans or did they have their own equipment?
Click to expand...

Detailed below is a transcription of a few articles in the agreement which most enhanced the American cooperation:

4th Article. BEF will campaign as a great indivisible unit, under the Operations Theater General Command.

2nd Paragraph, Aviation, assault tanks, heavy artillery and other needed elements will be provided by the Supreme Command or the Operations Theater Command.

8th Article. The US Government will supply, according to present agreements, ammunition, helmets, camping equipment, vehicles, aircrafts, signal, engineering and medical equipment and services, as well as it will provide transportation, facilities, hospitals, medical assistance, air bases, mail services in the same way as provided to the American troops.

9th Article. The US Government will substitute for damaged, useless or lost material or will fix them up when necessary.

10th Article. BEF transportation and protection from the Brazilian ports overseas, as well as the transportation demanded by war operations, including evacuations and repatriate personnel will be done by the US Government.

12th Article. The US Government will be responsible for food supplies or any other needed supplies since the embarkation of BEF until its return to Brazil.

15th Article. This agreement will not affect ordnance provisions that the US has been giving to Brazil, according to previous agreements.

17th Article. Sick or wounded military and similar personnel who cannot be treated by BEF medical services will be evacuated to US hospitals or medical organizations. For this reason, US hospitals receiving BEF soldiers will count on Brazilian medical personnel.

Single Paragraph. The US Government will repatriate the sick and wounded soldiers who cannot fight anymore.

20th Article. The US Government will also supply the necessary material to the Instruction Centers to train new units and specialists demanded by war operations.

Brazilian soldiers are photographed at the Battle of Monte Cassino during the Italian Campaign.

Troops of the First Div. of the Brazilian Expeditionary Force mach past the Castel Nuovo, Naples, 1944. 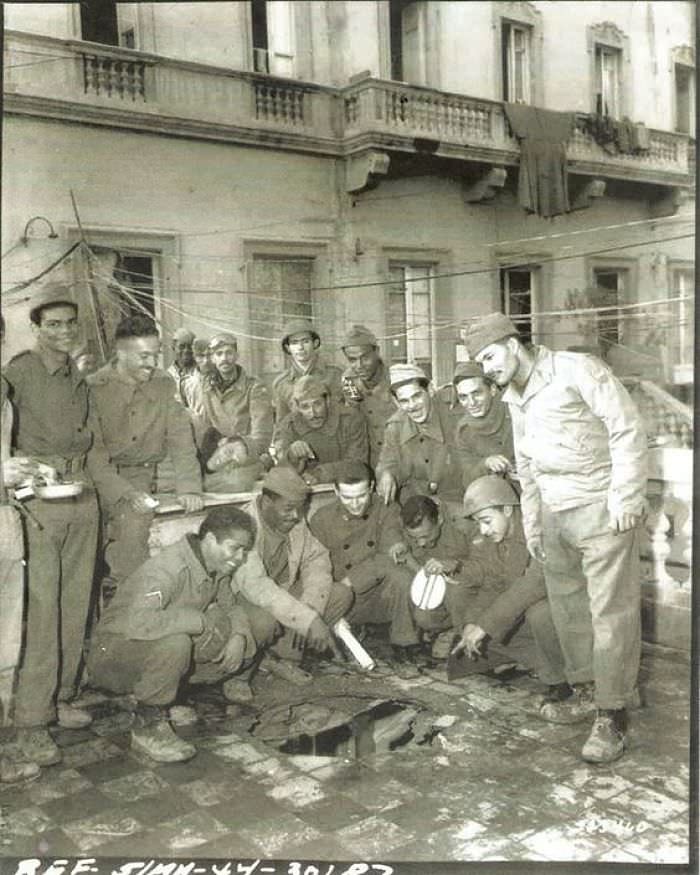 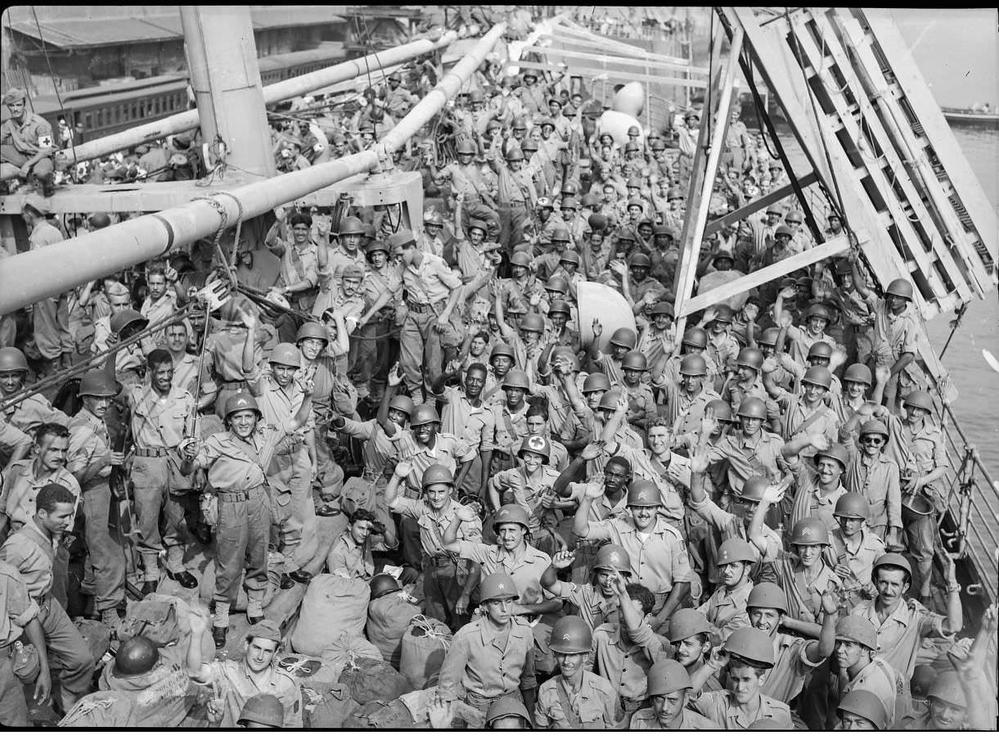