@Kraut and I have started a QB in CMRT to represent an Infantry reconnaissance meeting engagement during the Soviet offensive to seize Budapest from the Germans. This is a straight-up infantry fight without armor or off-map artillery support. The battle is during the day, light rain and a 45 minute time limit.

My initial plan is a basic two-pronged attack along the western and eastern flanks of the village. I have support units, in the form of a 82mm mortar section and several SG-42 MG's generally in the center. I plan a smoke screen to help hide some of my starting movements. I know this will work both ways, but I prefer movement over direct engagement at this stage.

Soviet Infantry swarms from their staging areas and began the action to seize the village and defeat the Germans! Huzzah!

Beginning situation at 2 minutes into the battle. So far initial movements have gone as planned and spotted German units are as expected.

Scouts approach Village West OBJ. The church can be seen through the smoke.

I can always recognize a battlefield after I've played on it! This map was in one of @Rico Byte Battle Tournys! Good little map, it was Soviet heavies mirrored. Good times!

Awesome job with your AAR/DARs @Paleolithic Monk What resolution are you playing at? Im at 1920 x1080. Based on your screenshots it appears to be a higher res.
Last edited: May 27, 2020

I can always recognize a battlefield after I've played it! This map was in one of @Rico Byte battles! Good little map, it was Soviet heavies mirrored. Good times!

Awesome job with your AAR/DARs @Paleolithic Monk What resolution are you playing at? Im at 1920 x1080. Based on your screenshots it appears to be a higher res.
Click to expand...

Thanks, I enjoy putting some time into this game. I'm running my computer on a 50" 4K/ UHD TV that works great as a monitor. Resolution is 3840X2160. Combat Mission looks awesome this big!

Several turns into the battle.
2 notes/ disclaimers here-
1. If you guys want to play an opponent who can constantly complete several turns a day (we're on 6 ea so far today!), contact Kraut.
2. Kraut is his screen name and he's from Germany (and he likes to play as the Germans), so if I say Kraut's a tough opponent so far this battle, I'm referring to his screen name, NOT his nationality. Kinda figured everyone would figure that out, but I don't want anyone getting the wrong idea, LOL.

Any-who, contact with the Germans has been rough. It seems like every other Pixeltruppen has a MG-34! Kraut is also employing several tripod mounted MG-34's to inflict causalities to my troops across the battlefield.
The view into Village East OBJ.

Current picture of the battlefield. I'm defiantly deeper across the map, but Kraut is digging in like a tick and blasting away with his MG-34's!

Last known picture of this scout team before they were cut down after the smoke screen cleared! RIP guys, you went down fighting! *note the building on the left is just begging for an HE tank round! Unfortunately I do not posses any armor as Kraut and I agreed to infantry only.

Great AAR. Nice to see a pure infantry scrap for once.

Apart from that scout team that you lost when the smoke cleared, how would you say your tactic of using smoke worked out for you? Using smoke is really tricky to get right...

Paleolithic Monk said:
1. If you guys want to play an opponent who can constantly complete several turns a day (we're on 6 ea so far today!), don't play Australians! (Unless you are Aussie too of course).
Click to expand...

Loving the DAR so far!

Paleolithic Monk said:
1. If you guys want to play an opponent who can constantly complete several turns a day (we're on 6 ea so far today!), contact Kraut.
Click to expand...

Can confirm this! Whenever I would send a turn, I could just wait, browse some forum/news, and a new turn would appear from Kraut. We finished a 2 hour battle in a relative short time. It does help we are in exact same timezone I guess.

At the same time, I have an ongoing match with someone living in Australia (long time opponent). It's generally 1 turn per day because time difference, but I do like that pace too. Allows some more laidback strategizing and overthinking, no rush. Playing a turn becomes like a daily routine to look forward too. A bit like reading the newspaper in the morning, if I still would do that .

I'm holding my Pixeltruppen in the best cover they can find at the moment. The intersecting fire from the MG-34's and now mortar fire (see below) is devastating. I have a pending linear mortar strike on the eastern German MG's and will evaluate a push along my eastern flank after. @Bulletpoint , the smoke screen was effective to get my troops forward, but Kraut also used it to rush his troops forward. Double edged sword situation. Now a definite front line has been drawn, so its an attrition battle for now.

I'm learning, the hard way, to appreciate the mortar used as a direct lay weapon. I usually annoy @Rico with this tactic, now my Russian Pixeltruppen are on the receiving end of HE munitions effecting a tree burst effect!

*Note the line of positively identified German units in the hedges lining the field. That's the line of MG's, Infantry, a Sniper and possible mortar that's targeted for a mortar strike soon! More to follow.

Paleolithic Monk said:
@Bulletpoint , the smoke screen was effective to get my troops forward, but Kraut also used it to rush his troops forward.
Click to expand...

That's the beauty of playing against a human opponent. But I think it was still a better deal for you, as the Russians want to get closer than the Germans do...

Update at +7 minutes into the battle. I'm still holding at the tree lines and a few of the buildings at Village East OBJ. Village West OBJ is still firmly in German control. Pending mortar strike on map and planned attack route for 1st Company.

Village West OBJ is a meat grinder for my Pixeltruppen!

A sniper team, acting as scouts, has made it mid-way into Village East OBJ.

Village West OBJ still has 2nd Company completely pinned down. At least I got a mortar to start getting some payback on the corner stone house, or as my Pixeltruppen call it, "the death house"!

Comrade Captain Ostashkov, commander 1st Company, is observing the spotting mortar rounds for the fire mission on Village East OBJ. Hope he makes a decent forward observer!
*note the abandoned SG-43 near-by, the crew was wiped out by those damned MG-34's!

Reports from the front are not encouraging Comrade! The German defense is holding and formations have been spotted advancing into Village East OBJ in force. The much anticipated mortar strike appears to be inaccurate, with rounds over the target area. The largely intact lead platoon from 1st Company ran into an ambush that resulted in several causalities.

Update at 14 minutes into the battle.(Grim news)

Constant mortar bombardment and an endless machine gun lead rain has almost wiped out 2nd Company! At least they are holding fast and firing at the enemy.

The infamous "house of death" shows heavy damage and currently all hostile fire from the building has stopped. A lot of Russian Pixeltruppen died to accomplish this feat. Otherwise, German Pixeltruppen still hold the ground here in an iron grip.

Paleolithic Monk said:
I'm learning, the hard way, to appreciate the mortar used as a direct lay weapon. I usually annoy @Rico with this tactic, now my Russian Pixeltruppen are on the receiving end of HE munitions effecting a tree burst effect!
View attachment 19072
Click to expand...

Ouch. Are those the casualties from one single tree burst? I've never seen it be that effective.

Great AAR style with the historical photo inserts and everything. Must be a lot of work.
Last edited: May 28, 2020

Thanks for the reply's. That tree burst effect was probably from 2 rounds. Kraut had those guys in the mortars sights and he hit me using direct lay. Rapid fire so to speak. It is a little work, but not too bad. I just screen-shot, edit in Power Point and cut the final picture using Snipping Tool. Had a question on my settings for other screen-shots, so I though I'd share here too.

My set-up and NVIDIA settings-

Just tweaked a few NVIDA settings this morning. This shot is from CMRT, but I just use the same settings for all my CM games

From my CMRT Z folder

*Note. Just realized I had 2 "walls" MODs. Juju and Aris. Looks like Aris was over riding anyway, so I just deleted Juju. Sorry Juju, but I LOVE his user interface MOD!

The German Battalion (-) that my Pixeltruppen have been facing have quite the fire superiority, even after threat identification and attempts to neutralize these threats. It's like an episode of Oprah, "You get an MG-34, you get an MG-34 and YOU get and MG-34"!

I'm sure Dr Phil has an answer to that

Lethaface said:
I'm sure Dr Phil has an answer to that
Click to expand...

Since this is the internet... 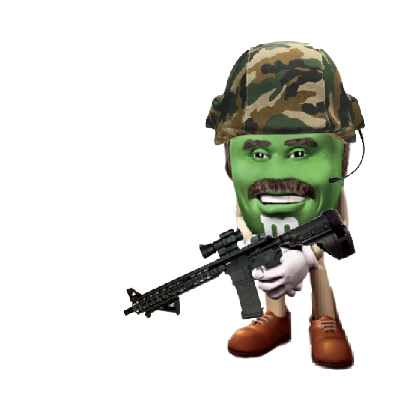