Elwood Joseph Euart was born in Pawtucket, Rhode Island on 28 January 1914. Elwood participated in the U.S. Army ROTC program and was commissioned a Second Lt. of Field Artillery upon graduation in June 1939. 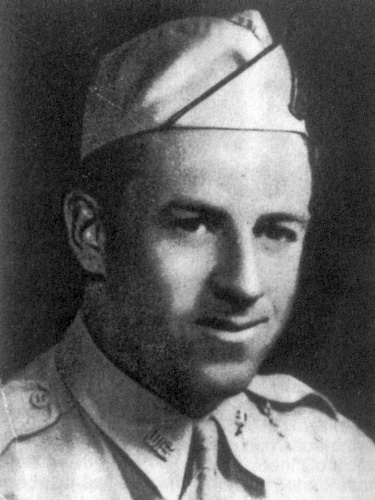 On 6 Oct 1942, Capt. Euart, with elements of the 43rd Infantry Div., set sail from San Francisco, California for Espiritu Santo just north of Australia on the SS President Coolidge. After the attack on Pearl Harbor on 7 Dec 1941, the SS President Coolidge, stripped of her finery, painted gun metal grey, was commissioned as a troop carrier for reinforcing garrisons in the Southwest Pacific. A large military base and harbor had been established on Espiritu Santo, and the harbor was heavily protected by mines. Information about safe entry into the harbor had been accidentally omitted from the SS Coolidge’s sailing orders; and upon her approach to Espiritu Santo on 26 October 1942, the SS Coolidge, fearing Japanese submarines and unaware of the mine fields, attempted to enter the harbor through the largest and most obvious channel. A friendly mine struck the ship at the engine room; and moments later, a second mine hit her near the stern. The Captain, knowing that he was going to lose the ship, ran her aground and ordered troops to abandon ship. Over the course of the next 90 minutes, 4,998 men got safely off of the wreck and made it to shore before she listed too heavily on her side, sank, and slid down the slope into the channel.

There were two casualties in the sinking of the SS Coolidge. The first casualty was a man working in the engine room who was killed by the first mine blast. The second casualty was Captain Euart. Euart had safely gotten off the SS Coolidge when he learned that there were still men in the infirmary who could not get out. He went back in through one of the sea doors, successfully rescuing the men; but he was unable to escape, and he went down with the ship. 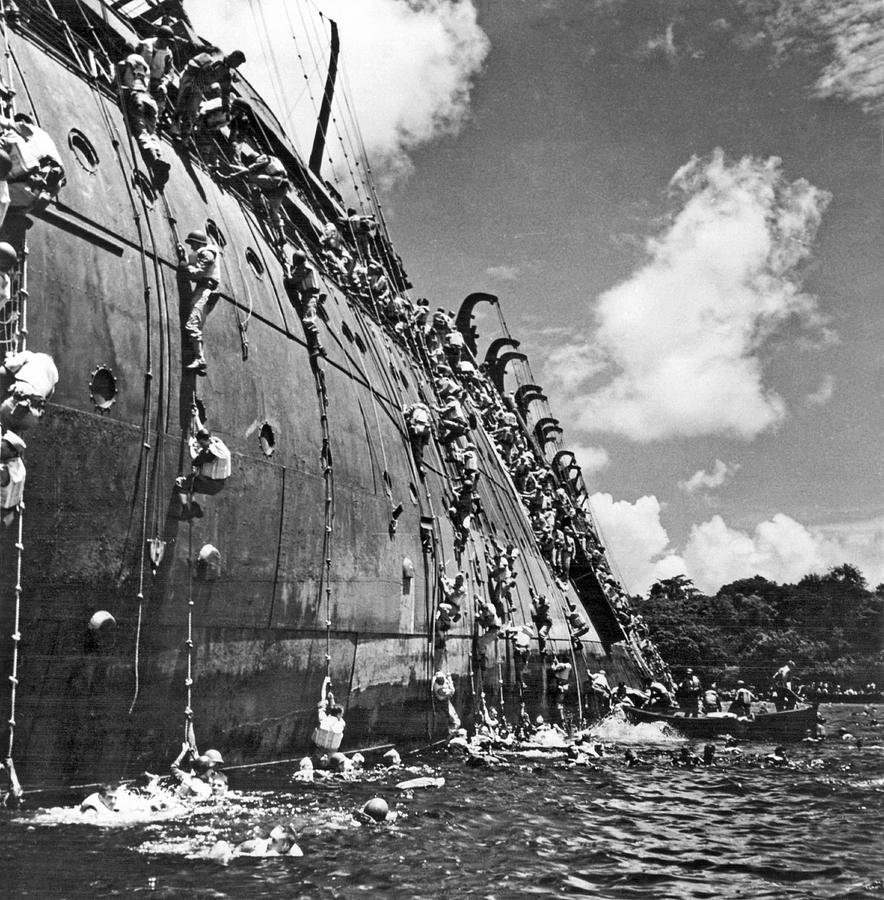 SS President Coolidge before it sank

Captain Euart’s body remained entombed undersea for more than 70 years. In 2015, the US Army recovered his remains from this watery grave. On 31 August 2016, Captain Euart’s remains were returned to his hometown of Pawtucket, Rhode Island for burial at St. Francis Cemetery with full military honors. 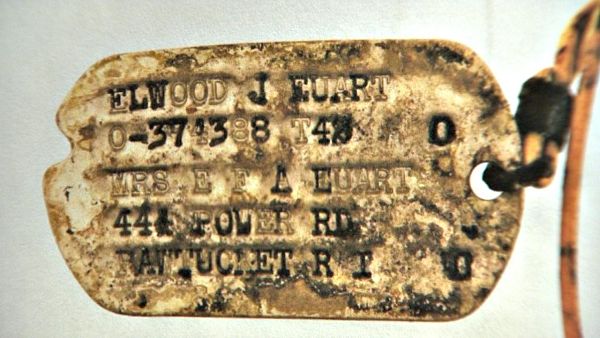