Combat Mission: Fall of the 3rd Reich - ROUND 1 (concluded)

The battle at the Southern Front/ Jassy has concluded. After a bloody conflict, the result was a draw! Lots of letters to write home on both sides. @Concord pushed decisively into my defenses and with a little more time would have over run my troops, no doubt. Until then, his Pixeltruppen are busy looting bodies for any valuables.
Time to rebuild the wire and plant more mines for the inevitable second assault!

Wow, infantry only - was it agreed upon or did it just turn out like that? Never mind, spoke too soon!
Last edited: Apr 24, 2021

The Southern Front in Jassy has resulted simply in a draw, so no progress.

The battle was extremely challenging, and expertly played by @Paleolithic Monk.
Both matches this round had their surprises and reminders after not playing for so long.
Tactics and counter tactics, and some Combat Mission oddities were encountered.
Entertaining and gripping though, despite some frustrations and two losses.

The battlefield had tree lines across the front, edge to edge, with fairly open ground in front of them.
I pushed the center, along the road towards the farm as it was the only approach that offered some protection.
The random misty weather conditions ended up hindering me as much as helping me, as I found it difficult to spot enemy positions.

In hindsight, I was probably too cautious with my armour.
One of my T-34's had become immobilized on an AT mine. Then I spotted a Pak40 AT gun. There were armoured sound markers behind the first farm (turned out to be a Marder).
So I held my remaining two mobile tanks in reserve and let my infantry do the work.

My infantry worked hard, but copped fire from multiple positions in the first farm, to the sides of the farm in the woods on either side, and behind the farm.
It was a gruelling and costly advance. It took time as well. In the end they took it, but were out of time to attack the second. They were pretty banged up too.
Here's a screenshot of the farm. Bodies from both sides lay everywhere.

The most surprising and frustrating thing I have come across with my reintroduction to Combat Mission, was some of the actions of my infantry.
Several times I had a squad or section come under fire - rather than move to solid cover right nearby, they would get up and run sideways across the front, in open ground.
They would run and run in front of enemy positions until they were all dead.
Below is a screenshot of a fresh Platoon HQ squad that came under moderate fire and then decided rather than take cover in nearby woods about 3m away,
that they would stand up and run sideways across an open field in front of enemy lines. Predictably, all dead within seconds.

Operation Cobra is a success... US 3rd Army pushes onto Brest! 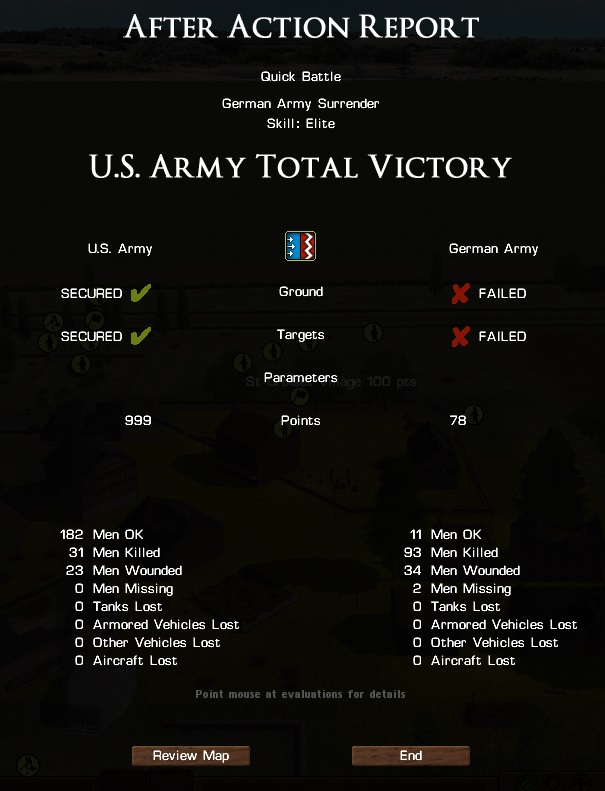 Good game by @DoubleD and tip of the hat for soldiering-on after his two PaK bunkers getting destroyed. Especially the one by a lame smoke shot kill. The other two AT guns were silenced and was just a matter of time pushing through the rest of the German defenders.

Results coming in thick and fast - six of the ten battles are complete:

On the Eastern Front at JASSY the Soviet Southern Front is held to a DRAW after a brutal battle, and doesn't advance next turn.

On the Western Front, US 3rd Army successfully executes Operation COBRA by fighting its way through the German Pak bunker line for a Allied Total Victory.

@Mad Mike 'Monobrow Man with sharp hat' & @Concord 'Fat Faced man with blunt hat', you fail Russia and don't deserve to lead our great comrades. @Nathangun '15 year old man', you now carry the weight of our great advance, fail and I shall recommend you be sent to the Gulag as an example to our leaders

The US 5th Army was stopped at Salerno. I'm just waiting for the final battle results, or if MeatEtr posts them. As expected, the Tiger just completely wiped out all my armor and was mowing down infantry without even trying. I hit the surrender button to maybe try and save a few Pixeltruppen.

Paleolithic Monk said:
The US 5th Army was stopped at Salerno. I'm just waiting for the final battle results, or if MeatEtr posts them. As expected, the Tiger just completely wiped out all my armor and was mowing down infantry without even trying. I hit the surrender button to maybe try and save a few Pixeltruppen.
Click to expand...

I think you'll get the AAR first since I was able to plot one more turn. Although you surrendered don't kid anybody, this was a close battle. The small Obj. was over run by your infantry/rat patrol, great move. That Tiger took 2 direct hits from your M10s (lower hull pen and a track hit). I had to use area fire on that first M10 which killed some of the crew and then the Tiger spotted it and finished it off with AP. Second M10 got caught repositioning and took a side hit from the PzrIV. Good game!

That rat-patrol move was bold and spectacular!

Germans held at Salerno! Here's our AAR for @Rico The win factor would of been reduced to Tactical or Minor victory if we did a cease fire. But guess it doesn't matter for this tourney, a win is a win no matter the degree. 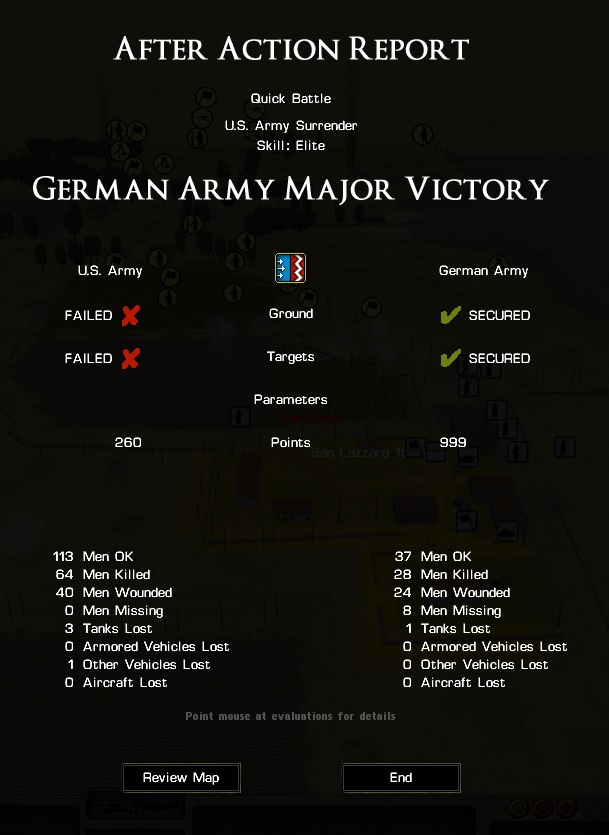 Latest news from the Italian Front: US 5th Army is held up at SALERNO by a Major Axis Victory.

Very good progress all round -- just three results outstanding now ... Baltic Front at RIGA and 21st Army Group at CAEN and US 7th Army at ANVIL.

I'm out of town for a week from Thursday, we can kick off Round 2 when I get back once those results come in.

Result in from the Baltic front. 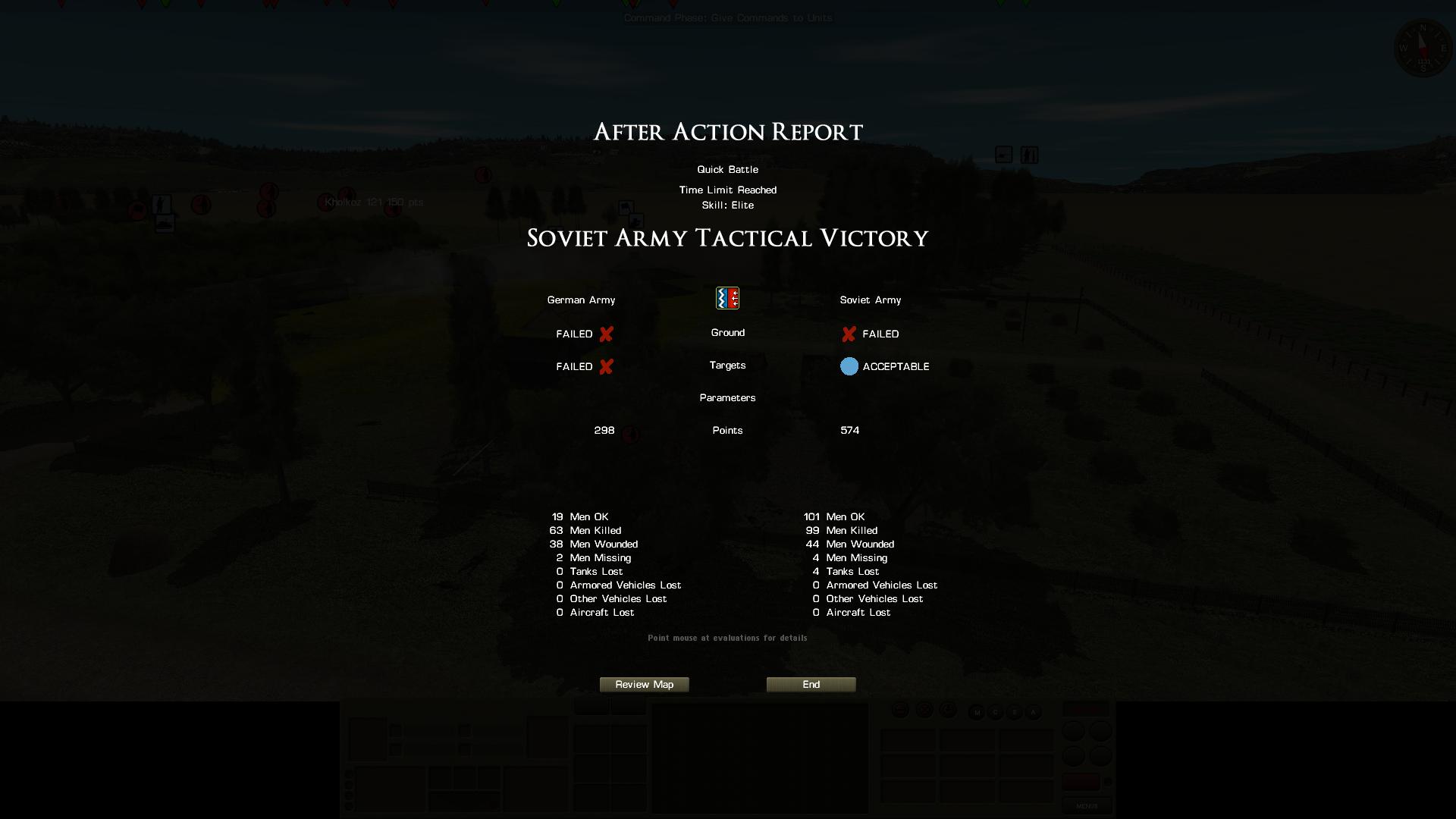 Combat Mission spotting at it's worst.

A screenie from Anvil, I've been fiddling around with reshader. 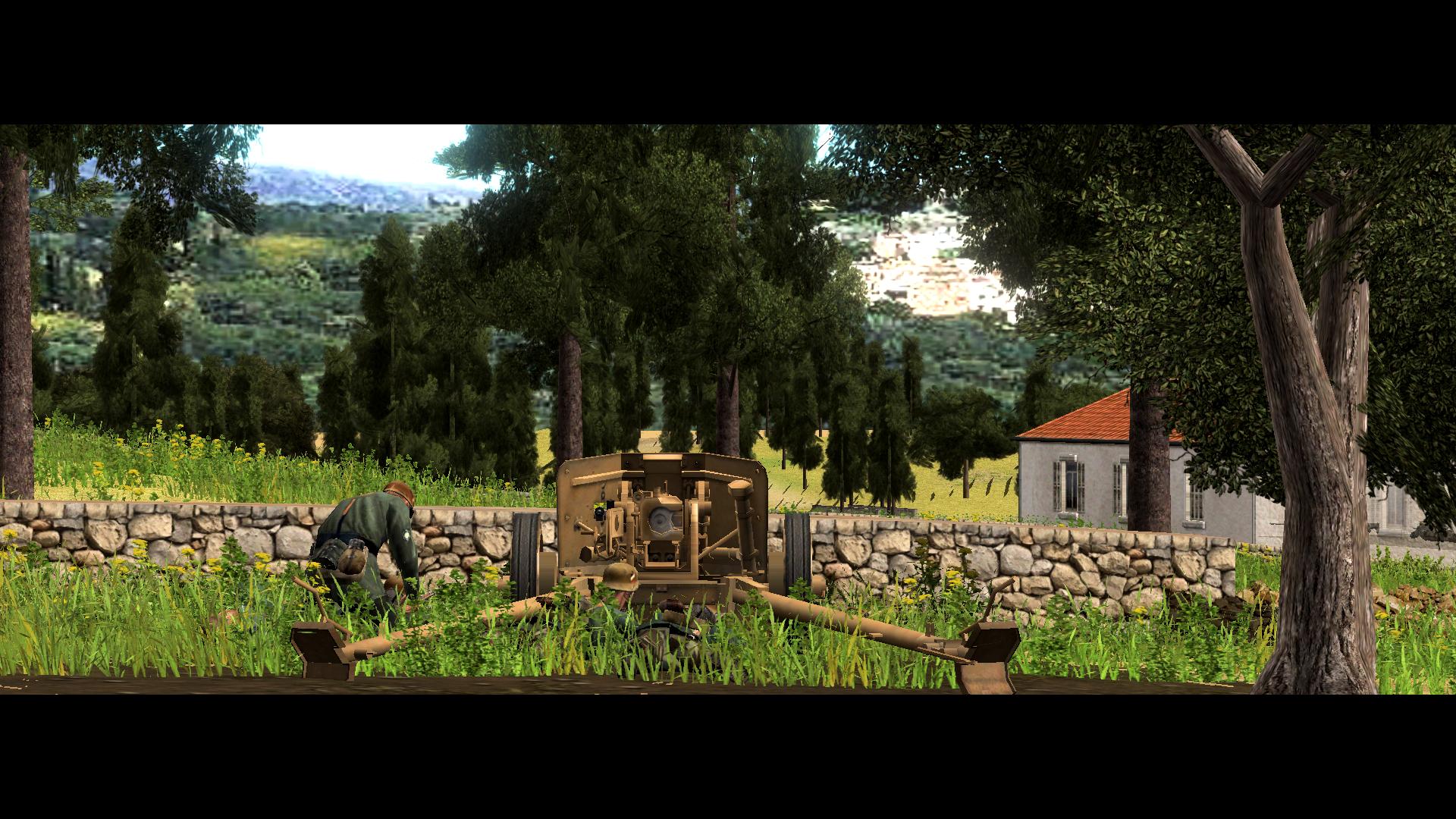 What soundpack are you using? That clip sounds super crisp!

Nathangun said:
A screenie from Anvil, I've been fiddling around with reshader.

Stafford said:
What soundpack are you using? That clip sounds super crisp!
Click to expand...

Good morning Gents,
While Rico is on the road I thought I would check in and ask for a status update on how everything is going.

As of April 24th I have all but 3 games complete.

Let me now where you guys are at when you get a chance.

US 7th army has around 19 minutes left