The CSS H. L. Hunley was a submarine of the Confederate States of America that played a small part in the American Civil War. Hunley demonstrated the advantages and the dangers of undersea warfare. She was the first combat submarine to sink a warship, although Hunley was not completely submerged and, following her successful attack, was lost along with her crew before she could return to her base. The Confederacy lost 21 crewmen in three sinkings of Hunley during her short career. The submarine was named for her inventor, Horace Lawson Hunley, shortly after she was taken into service under the control of the Confederate Army at Charleston, South Carolina.- 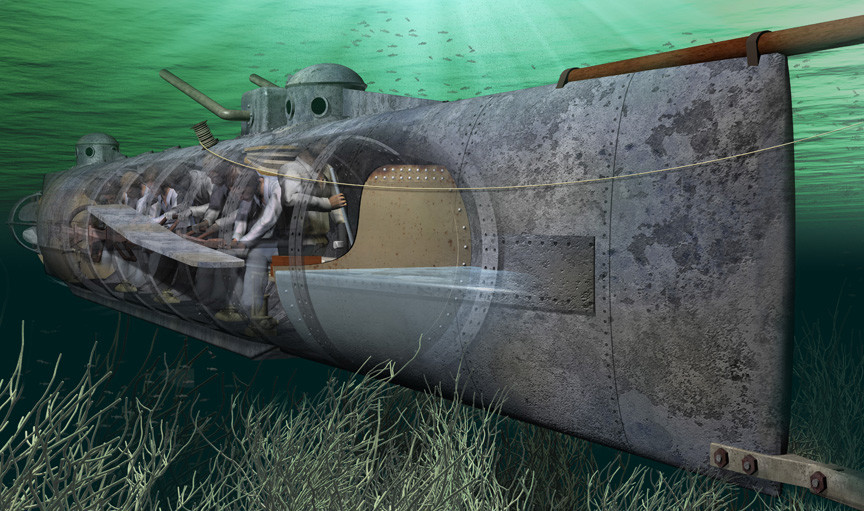 Hunley, nearly 40 feet (12 m) long, was built at Mobile, Alabama, and launched in July 1863. She was then shipped by rail on August 12, 1863 to Charleston, South Carolina. Hunley (then called Fish Boat) sank on August 29, 1863, during a training exercise, killing five members of her crew. She sank again on October 15, 1863, killing all eight of her second crew, including Horace Hunley himself, who was aboard at the time, even though he was not enlisted in the Confederate armed forces. Both times Hunley was raised and returned to service. On February 17, 1864, Hunley attacked and sank the 1240-short ton (1124 metric tons)[2] screw sloop USS Housatonic on Union blockade duty in Charleston's outer harbor. Soon after, Hunley sank, killing all eight of her third crew. This time, the innovative ship was lost. 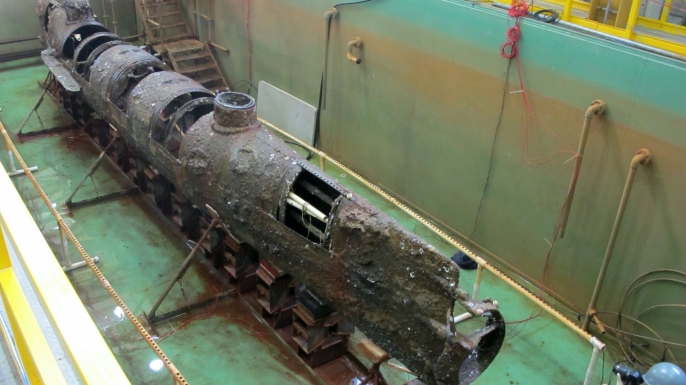 In 1995, the submarine was located beneath sand and shells by novelist Clive Cussler’s National Underwater and Marine Agency. Five years later, the well-preserved wreck of Hunley, with its eight crew still at their stations and Dixon still with his lucky coin, was raised from its murky grave and brought to the Warren Lasch Conservation Center in North Charleston where it was placed in a 90,000-gallon freshwater conservation tank. The crew of Hunley were given a proper burial in 2004.