During my ToD, we had a Dog & Handler team with us on one sweep around the Rockpile. It was a terribly hot day, trudging through the elephant grass caused several heat casualties amongst our troops. With each heat casualty we would leave a fireteam for security, with instructions to catch up when the downed Marine was able to move on. This went on with about half a dozen downed Marines, but not a single Marine was medevaced. Towards the late afternoon, the Dog we had with us started bleeding from the nose. We halted the sweep immediately and secured a medevac for the dog. Just showed us how expendable we were as compared to that dog.

A lot of these dogs are bred and trained in the Netherlands:
http://vorige.nrc.nl/international/Features/article2421612.ece/Tracking_dogs_are_major_Dutch_export_product
http://vorige.nrc.nl/international/Features/article2421612.ece/Tracking_dogs_are_major_Dutch_export_product

http://vorige.nrc.nl/international/Features/article2421612.ece/Tracking_dogs_are_major_Dutch_export_product
Last edited by a moderator: Aug 21, 2017
B

And here is the same situation on the German side.

This is great stuff gentlemen, thanks for sharing...

This is 'Gunny Starshine', my 'Service Dog', my constant companion and buddy.
She is wearing her 'Dress Blues'.

On 25 October 2012, a hero dog named Theo was awarded a posthumous Dickin Medal as a sign of recognition for his helping save the lives of countless soldiers fighting in Afghanistan. -

This British Springer Spaniel had a rather gifted nose that allowed him to sniff out roadside bombs and therefore alert soldiers to the dangers they found themselves in. -

Unfortunately, Theo died back in March 2011, only a few hours after his handler, Lance Corporal Liam Tasker was killed by enemy fire.

Those who have witnessed the incident explain that the dog simply started seizing and passed away before they could do anything about it. -
Theo is the 28th dog to receive this medal for bravery.-

Private Drugan and Pal on Okinawa, May 1945. Pal saved a platoon of Marines from an ambush by discovering a hidden Japanese machine gun nest.-

This photo was taken from a German magazine published in June 1941. The headline is "Kriegshunde" (Dogs of War), while her own picture caption entitled "Dogs of war find a wounded soldier".

Liaka, a dutch shepherd, quietly receiving instructions from her handler on a mission in Hadar, Baghdad.

WW1, soldier retrieve bandages from the kit of a british dog, 1915.

Cleaning of broken pics, many pics...

Messenger dogs and handler near Villers-Bretonneux, 1918.

Judy, born on 1936 in Shanghai, China, was a ship's dog on board HMS Gnat & HMS Grasshopper during WWII. She helped save the lives of the crew following the sinking of the ship. Once captured by the Japanese, she helped the men in the POW camp. She struck up a friendship with Frank Williams, with whom she spent the rest of her life. She was the only dog to be registered as a WWII POW. She survived in the jungles of Sumatra after the guards had sentenced her to death. She was awarded the Dickin Medal. 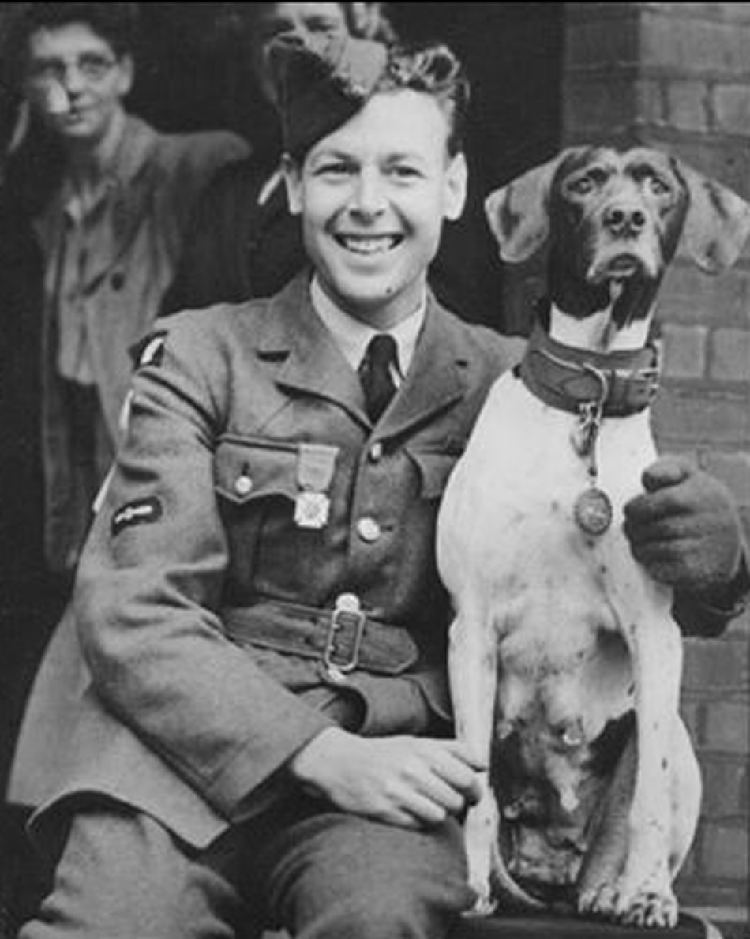 Judy died in 1950 in Tanzania from a tumour, after travelling with Williams there to work on a groundnut food scheme. Her Dickin Medal and collar were subsequently put on display at the Imperial War Museum in London as part of 'The Animal's War' exhibition.
Last edited: Nov 16, 2019

Beauty the wire-haired terrier was owned by PDSA Superintendent Bill Barnet, who led one of the rescue squads in London for animals during the Blitz. One day in 1940, during a rescue mission, Beauty began to dig in the rubble alongside the rescue teams and found a cat – the first of 63 animals she found during her war service.
She was given the Dickin Medal in January 1945 "for being the pioneer dog in locating buried air-raid victims while serving with a PDSA rescue squad". 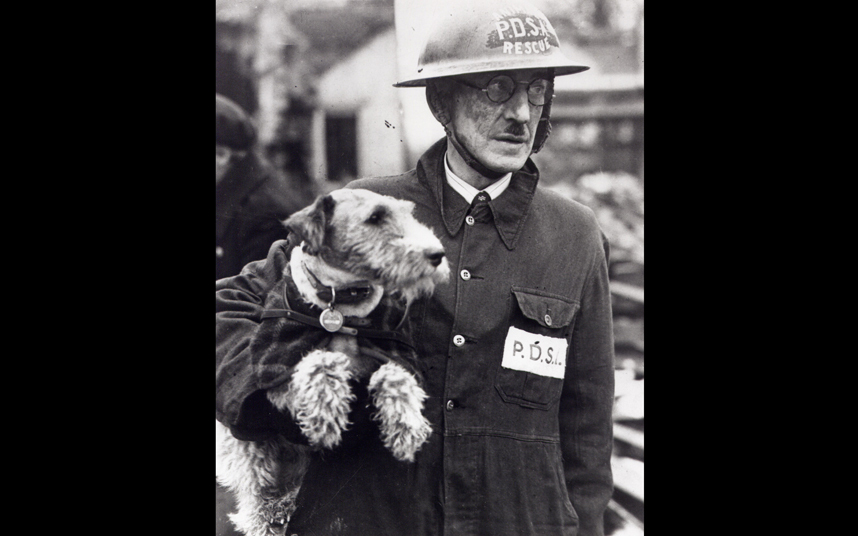 British troops putting some Lewis gun drums of ammunition into the pack carried by 'Mark', a dog ammunition carrier.