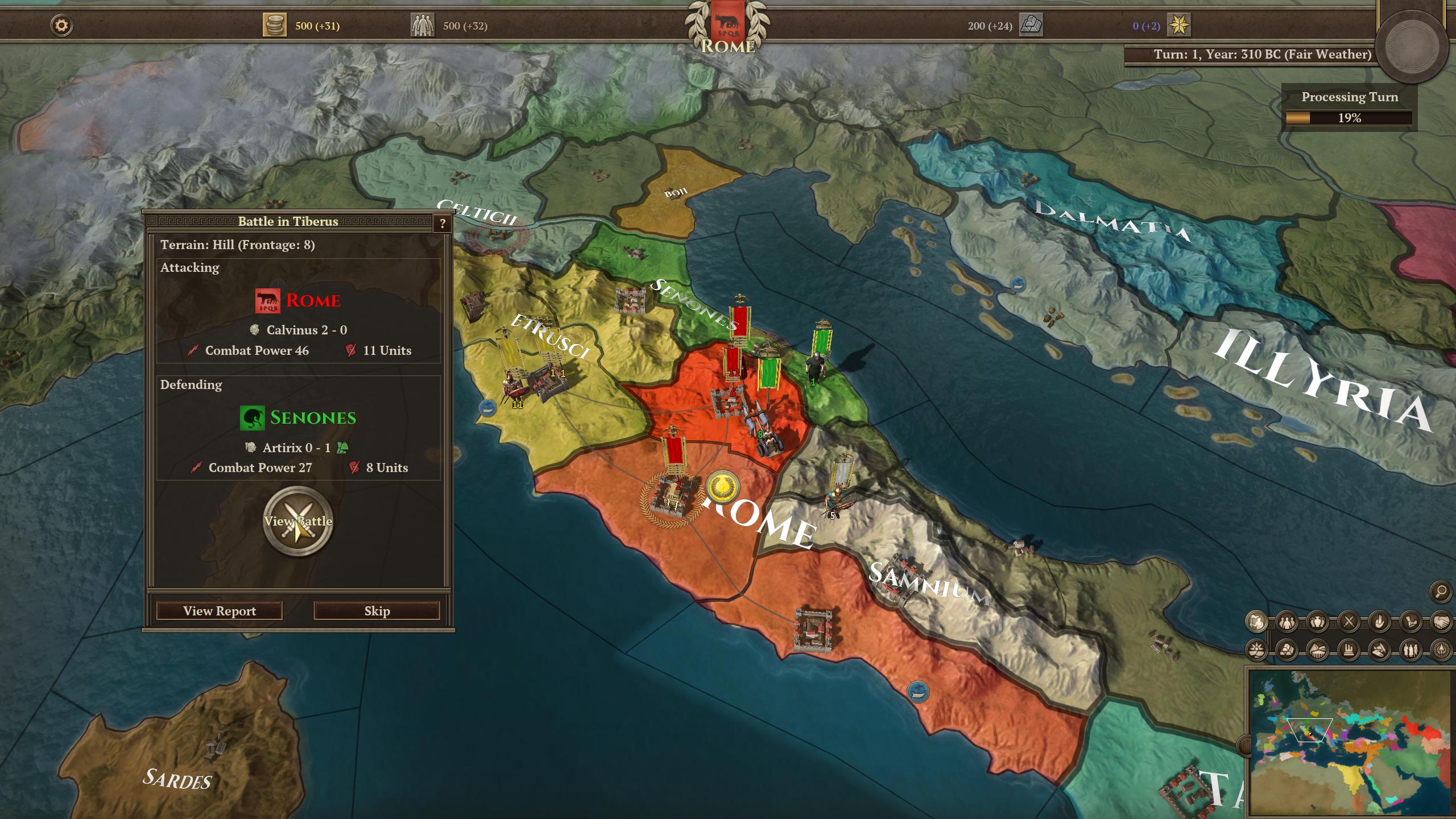 Rome having sent their legions to support the province of Tiberus, in an effort to fight back the armies of the invading Senones led by General Artirix, can confirm a Victory.
The Senones were caught out in the hills … partying … and General Calvinus is pursuing close behind the fleeing army.