An F4U-5NL, previously of the Honduran Air Force, at the Geneseo Airshow, with air intercept radar pod on right wing.

The Vought F4U Corsair was a carrier-capable fighter aircraft that saw service primarily in World War II and the Korean War. Demand for the aircraft soon overwhelmed Vought's manufacturing capability, resulting in production by Goodyear and Brewster: Goodyear-built Corsairs were designated FG and Brewster-built aircraft F3A. From the first prototype delivery to the U.S. Navy in 1940, to final delivery in 1953 to the French, 12,571 F4U Corsairs were manufactured by Vought,[SUP][/SUP] in 16 separate models, in the longest production run of any piston-engined fighter in U.S. history.

The Corsair served in the U.S. Navy, U.S. Marines, Fleet Air Arm and the Royal New Zealand Air Force, as well as the French Navy AÃ©ronavale and other, smaller, air forces until the 1960s. It quickly became the most capable carrier-based fighter-bomber of World War II. Some Japanese pilots regarded it as the most formidable American fighter of World War II, and the U.S. Navy counted an 11:1 kill ratio with the F4U Corsair.[SUP][/SUP] As well as being an outstanding fighter, the Corsair proved to be an excellent fighter-bomber, serving almost exclusively in the latter role throughout the Korean War and during the French colonial wars in Indochina and Algeria.
Last edited by a moderator: Aug 24, 2017

I will sort it later

Love these F4U posts and pics ... one of my favourite aircraft (though it was designed on the wrong side of the Atlantic ... ).

Has a rugged beauty all of its own: handsome is as handsome does, and an aircraft doesn't stay in service that long unless it is VERY good.

On the undercarriage thing, I think the argument was that a longer u/c would have been too "stalky" / bouncy, and subject to too much possible sideways forces, on a carrier based aircraft.

The view from behind shows how little you can see over the nose: imagine trying to land that on a tiny, pitching carrier deck with a very slim margin for error. Hats off to the guys who did just that ...
Last edited by a moderator: Feb 11, 2016

Sailors push a bomb-laden F4U-4 Corsair of Fighter Squadron (VF) 791 on the hangar deck on board the carrier Boxer (CV21) operating off Korea on July 4, 1951.

Something I just noticed. Once in the air the pilot seems to have had excellent visibility.

That looks rather precarious...

And just a little bit more of the awesome. In fact, five times the awesome. Eleven minutes of your life well spent.

A little info about Maj. Phillip C. DeLong pictured above. Check out how many DFC's he was awarded!
https://www.google.com/search?q=maj.+phillip+c.+delong&ie=utf-8&oe=utf-8 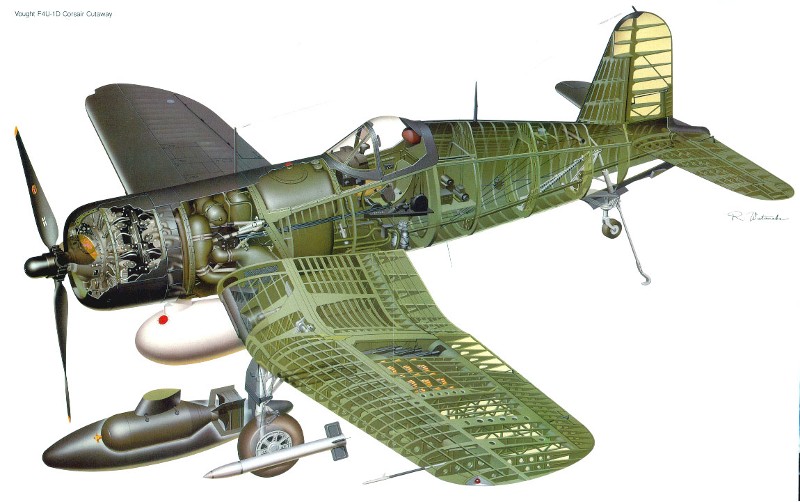 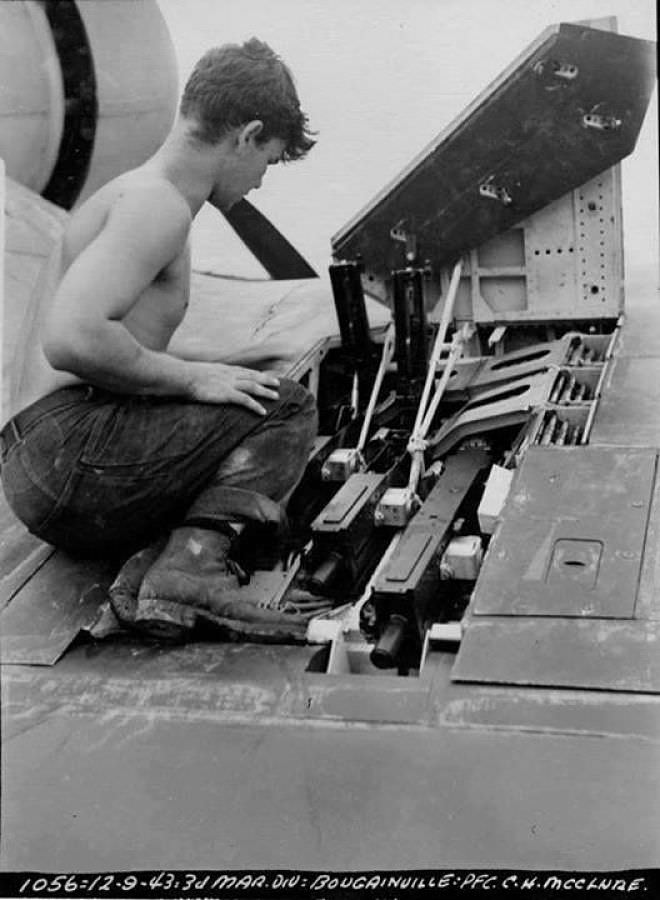 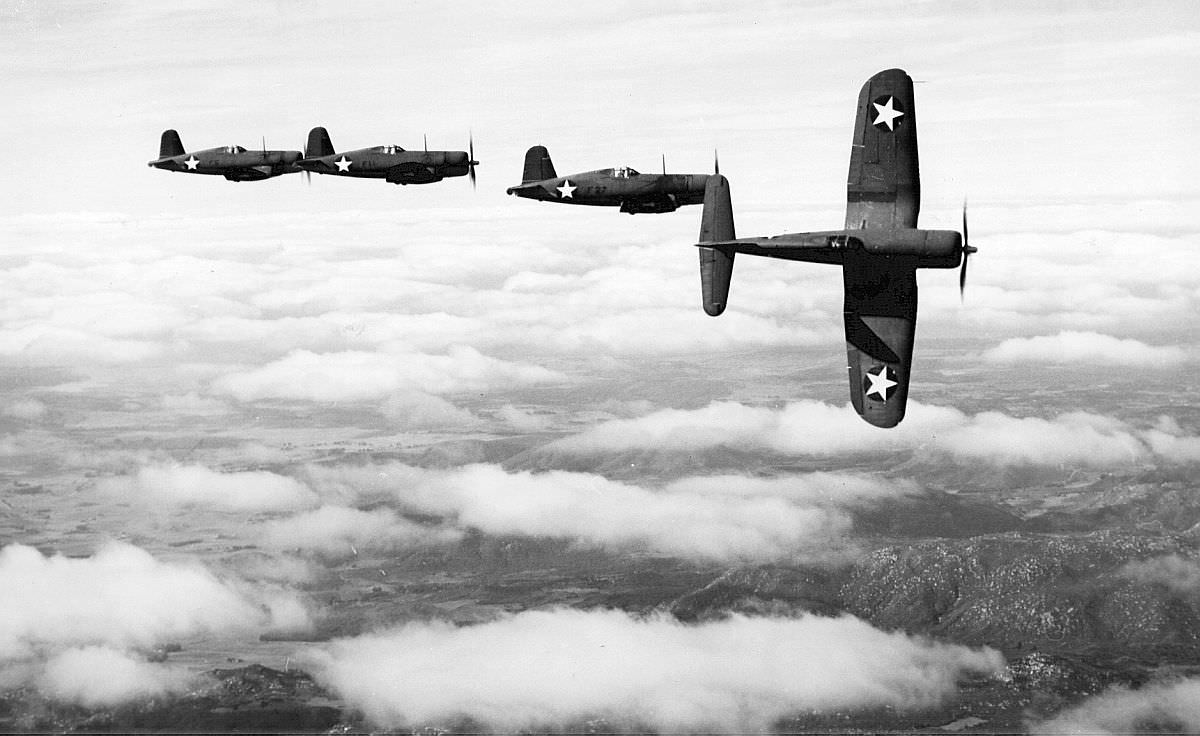 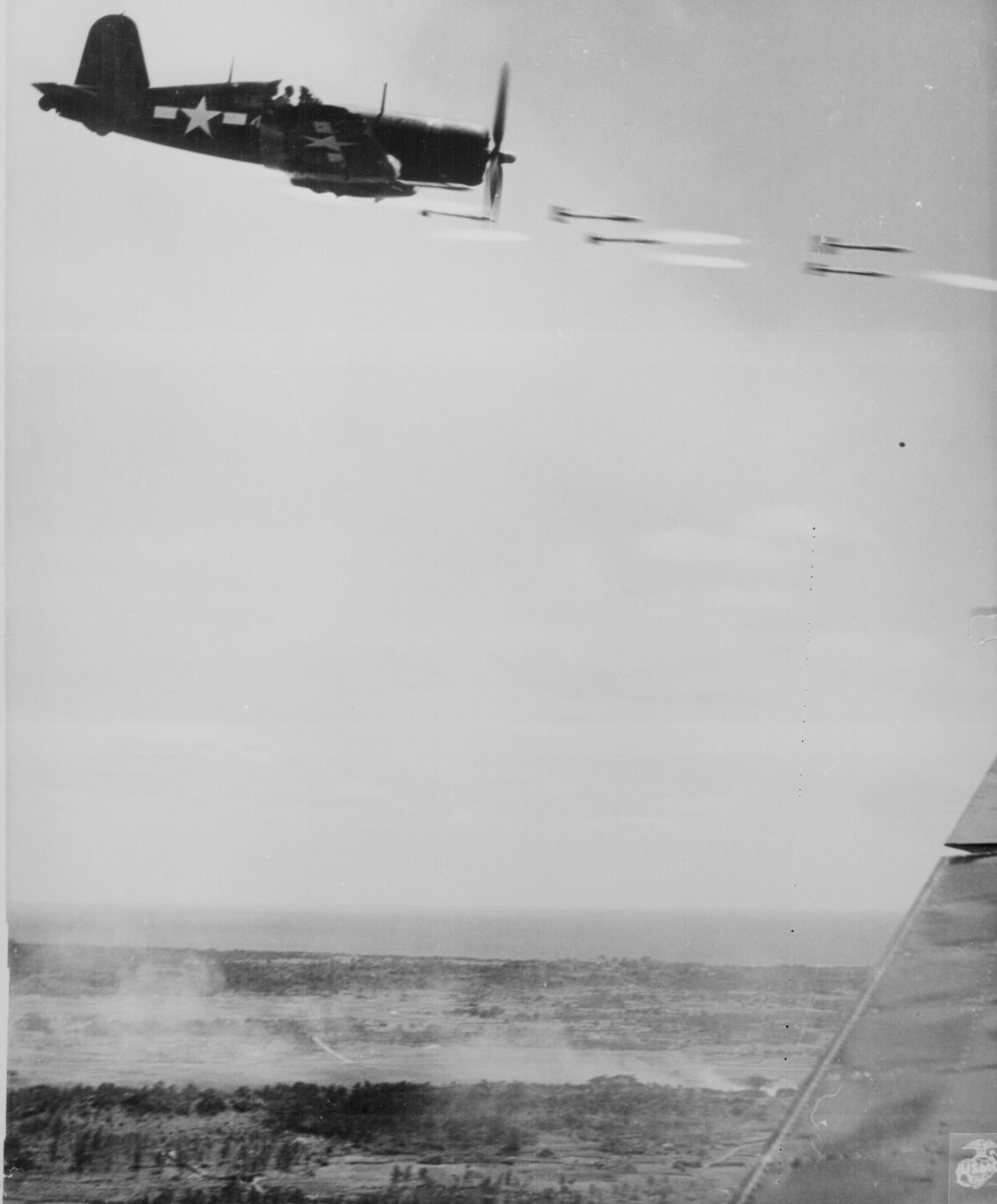