The Fieseler Fi-156 Storch (stork) was a german reconnaissance/liaison aircraft during World War 2.-

First flown in 1936, the Storch's ability for STOL (Short Take Off and Landing) made it ideal for crude battlefield locations. Its 46.75' wingspan, fixed leading edge slats and slotted aileron/flaps (which extended the length of the wing) allowed the Storch to take off in as little as 200 feet in a light head wind, and only needed 70 feet of runway to land.- 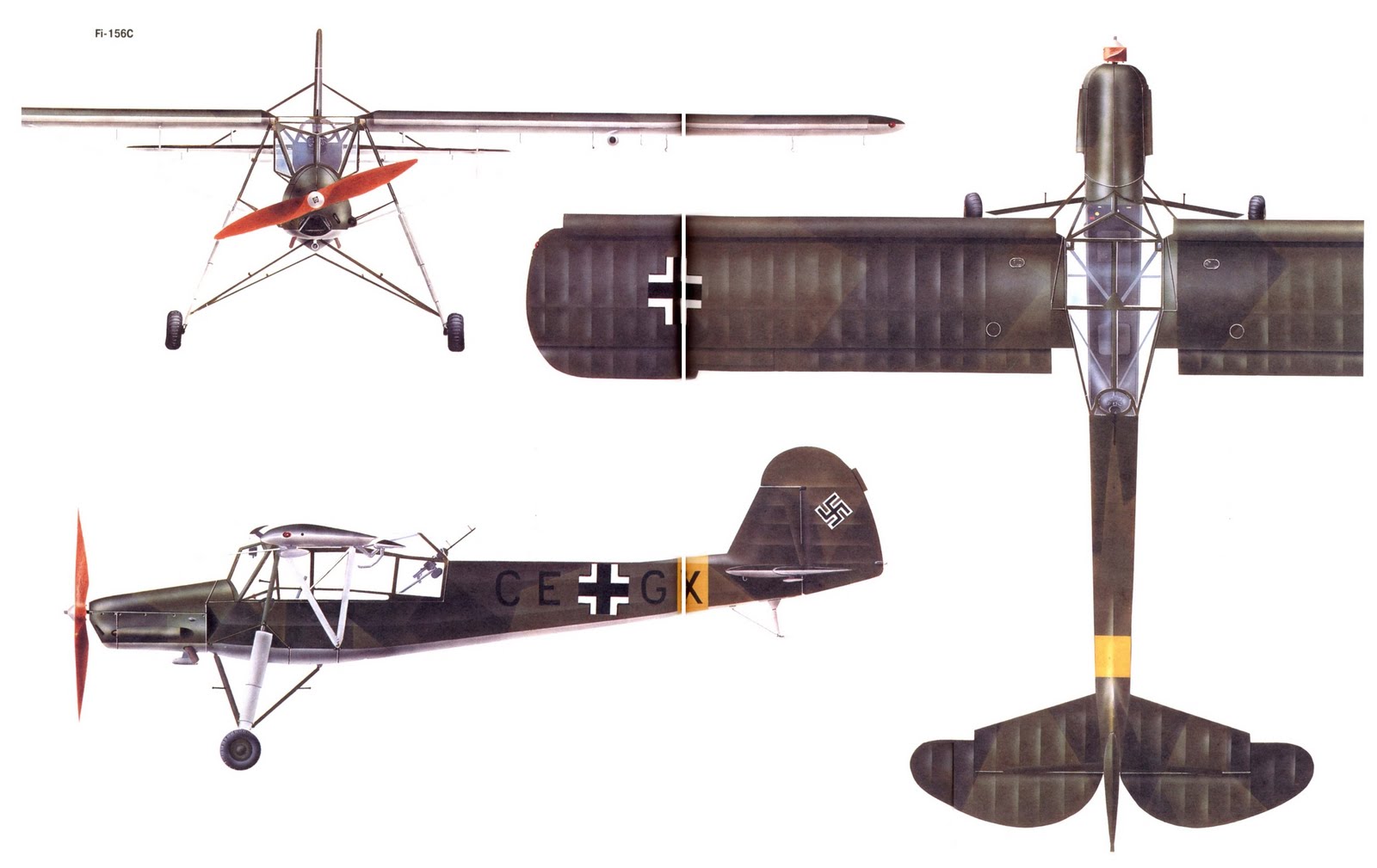 On one occasion a Fieseler Storch was stripped of all non-essential flying equipment and the motor was modified to 300 hp. During this test the Storch lifted off the ground with no ground roll. The prop blast over the wing was enough to create the needed lift.-

The Storch featured a greenhouse type cockpit that bulged over the sides of the fuselage, and offered good fields of vision for reconnaissance work.-

At only 5 feet tall, Hanna Reitsch was probably the most famous Storch pilot.- In 1939 she flew a Storch in the Deutschland-Halle.- This building was apparently completely enclosed, and the flight around the inside of the building was viewed by many spectators and filmed.- Hanna was sent in to rescue Hitler and others with a Storch at the end of the war, and she landed in a street. - 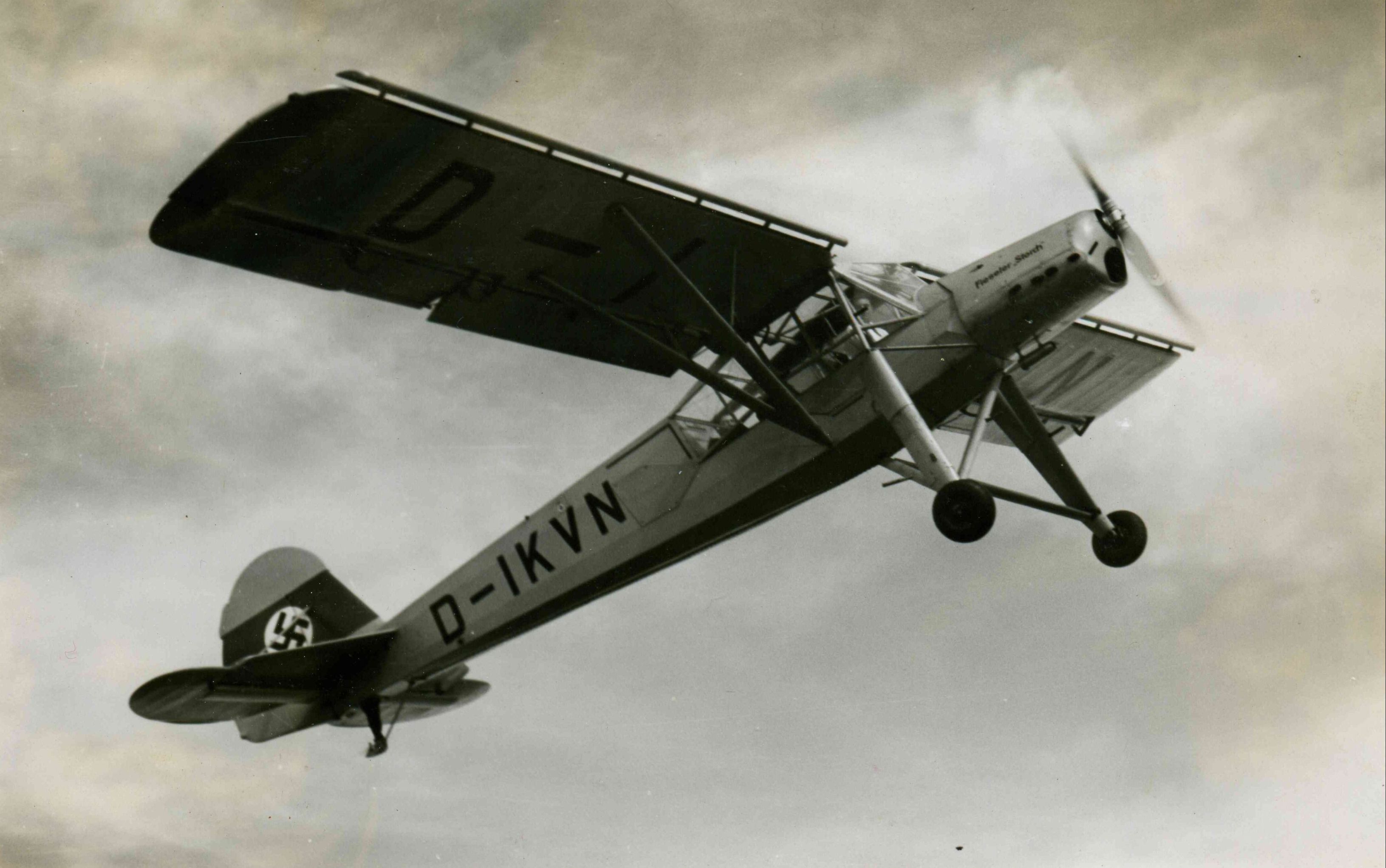 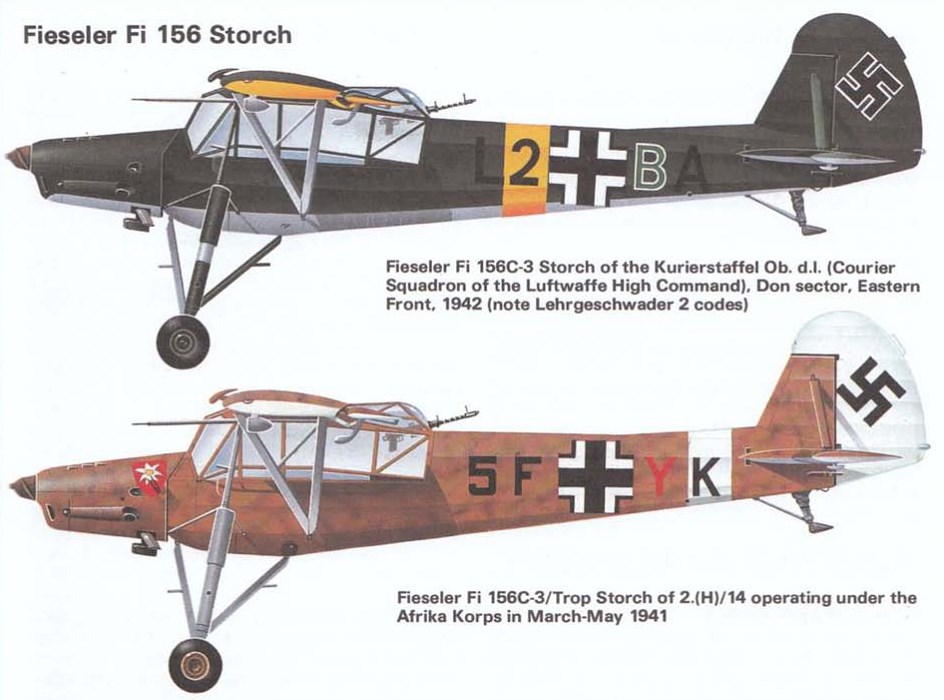 Thank you for this really good contribution !

Well, my Grandfather worked at the Fieseler-Werke in Kassel as an "Spitzendreher" (sorry, i`m unable to translate this...it means an turner / lathe operator that works betwen two centerpoints) before the war. He never told anything about the things he produced although the war was ended many years ago. Perhaps parts of the Storch.

A temporary flight office of an RAF squadron at work, sheltered from the sun beneath the wing of an abandoned Fiesler Storch at Comiso, Sicily, Italy.

General Wolfram von Richthofen at the controls of a Storch. 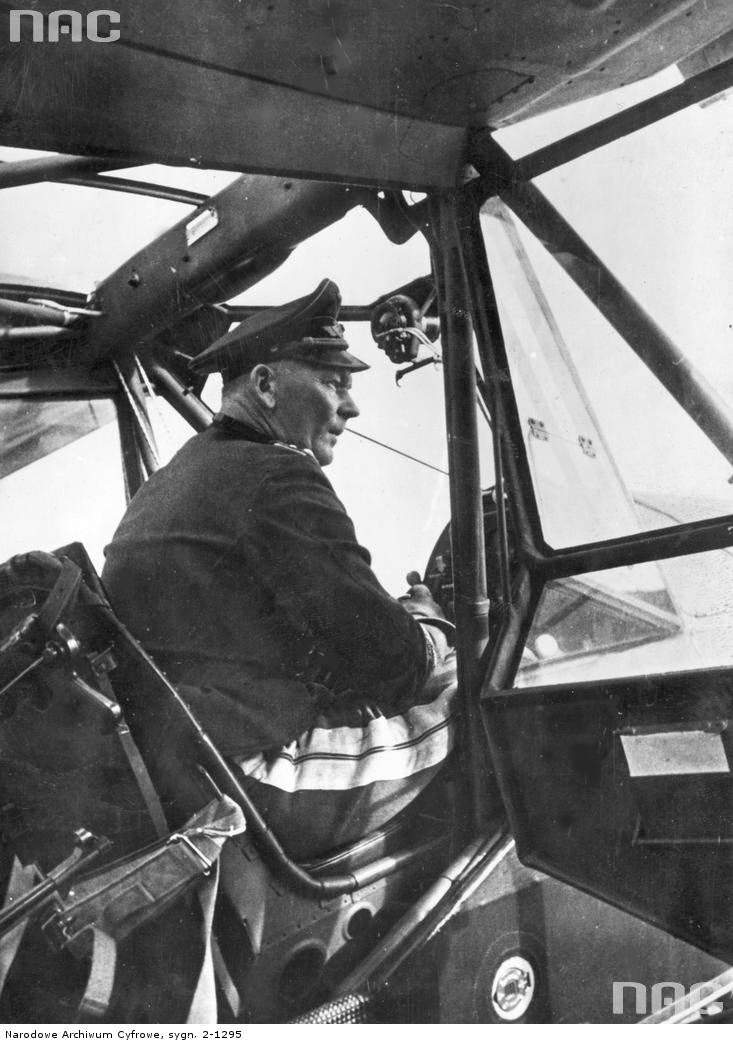