Panzerkampfwagen V Panther ausf G with FG 1250 Sperber (Sparrow Hawk) infrared Nachtjager (Night fighting) vision scope installed on the commander's cupola. The commander's hatch had to remain open as the equipment was fed from a battery/generator set installed inside the turret in the place used by the aft right munition rack, with a cost of 3 rounds less in total munition for the main gun. Only the commander had access to the scope. Such a setup was known as “Solution A” and offered Night Vision capability only to the Commander, the rest of the crew had to rely on his instructions for movement. For targeting the device was locked to the turret’s 12 o’clock position. The Commander would search for targets traversing the turret. Once acquired the crew had to calculate gun elevation by means of a steel “tape” riveted to the IR device mounting base that entered the turret by a small opening. Such a tape would slide up or down depending on the elevation of the IR headlamp/receiver and by measuring the size of the tape the crew would determine the main gun elevation from within the turret. Once everything was in place the shot was ordered by the Commander. Solution B was to mount an additional scope for the driver but this never came to fruition.

The device consisted of a 300mm Infrarot-Scheinwerfer (Infrared Searchlight) connected to a Bildwandler or "Biwa" (image converter) and a device that sensed the elevation of the main gun.

Alone, the range of the scope was only 500m, so each Sperber-equipped panther platoon was paired with an SdKfz 251/20 Uh (Owl) Halftrack with a 600mm infrared searchlight, which extended the range to 700 meters.

The scope worked similarly to the one mounted on the Panther. The transmitter is a 35-watt lamp of diameter about 5 inches and the receiver a telescope of unit magnification of about 14 inches long and 2.5 inches in diameter. The two together weigh about 5 pounds and are mounted on the assault rifle. Power for the transmitter and receiver is drawn from a power unit carried in a pack. This power unit weighs about 30 pounds and has a life on one charge of 3 to 5 hours. The unit in total weighs about 35 pounds.

A few half-tracks were also equipped with the FG1250 Fahrgerät (driving device). This is equipment analogous to Vampir, but larger in scale fitted to an MG 42 gun carried on an Sd.Kfz. 251/20 half-track vehicle. The transmitter is a 200-watt lamp, resembling a large motor car headlamp, of diameter 8 inches. The receiver is a telescope of length 20 inches and a diameter of 5 inches. Power is supplied from a power pack operated by the vehicle battery. This vehicle is fitted with both the FG1250 on the MG42 and an FG1252 (the transmitter and receiver only of the FG 1250) for the driver and would be known as Falke (falcon).

All of these systems were never used on the Western Front, as the allies had TABBY infrared that would have detected any use of infrared optics, and were used sparingly on the Eastern front. Still cool, however. 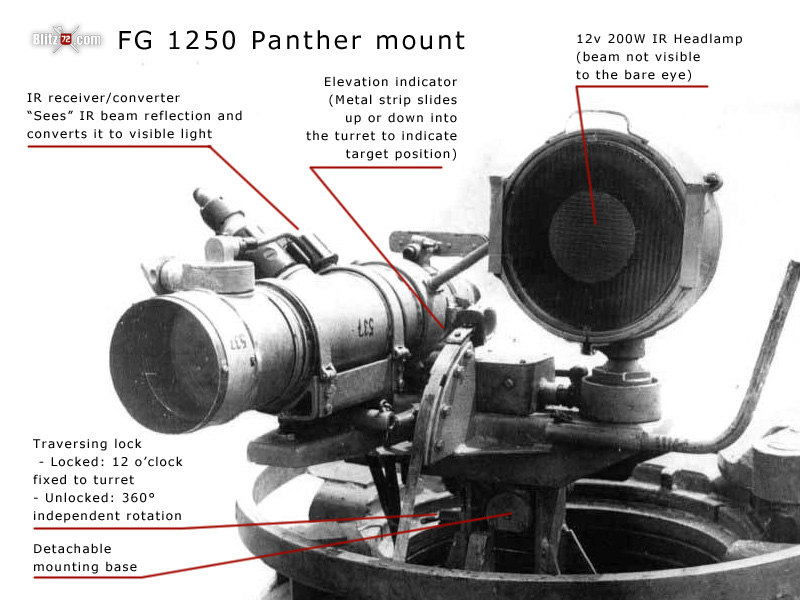 “Solution B” It’s only a model!” The Germans started experimenting with Night Vision technology in a date as early as 1936. The first night driving tests by Wa Pruf 8/I occu… 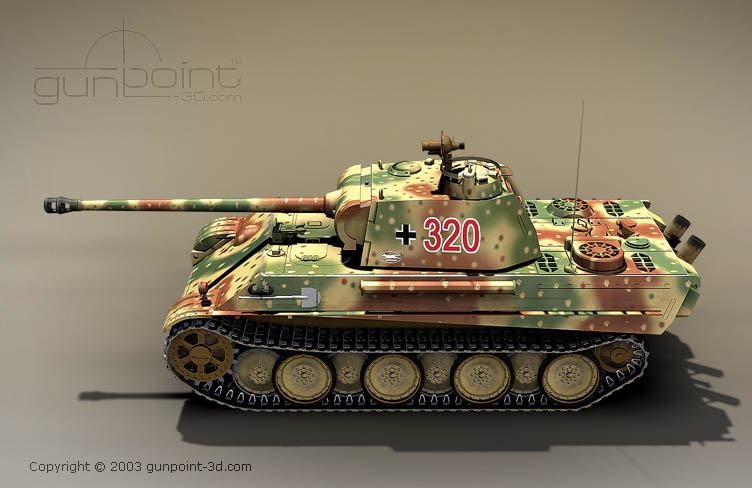 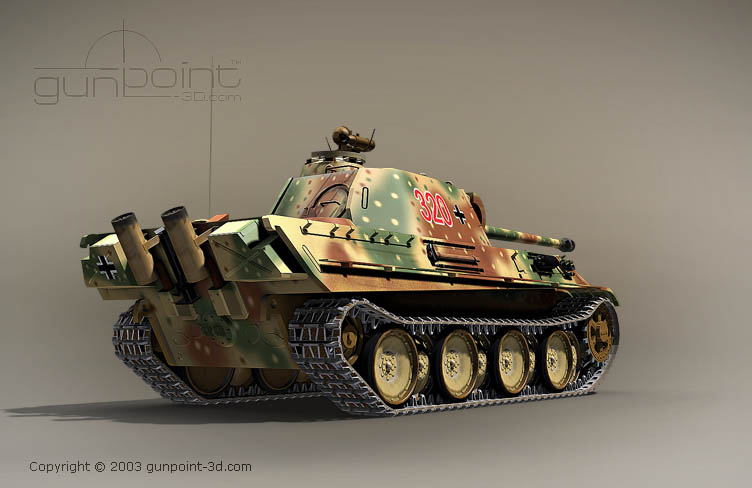 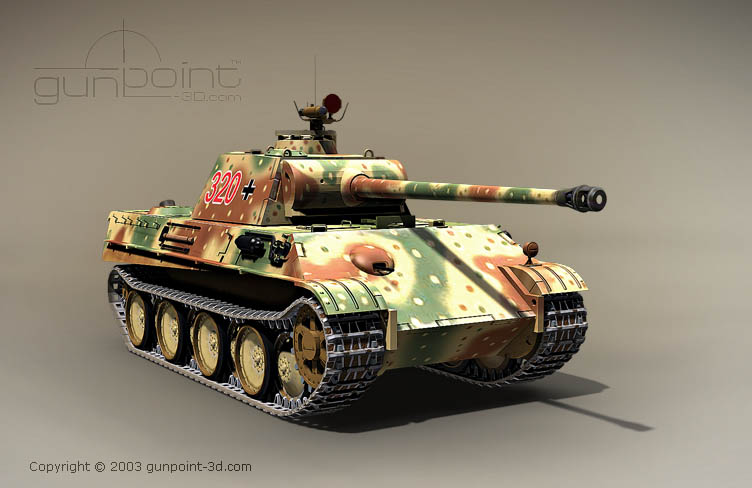