The Hurricane, a combination of biplane structure with a monoplane layout. The fuselage was a braced steel tube construction, with wooden frames and fabric covering. The wing was covered in metal, except on the first production aircraft, and was relatively thick. The Hurricane was inferior to the best contemporary fighters, but sturdy, reliable and easy to produce in quantity. Most RAF fighters during the Battle of Britain were Hurricanes. Later models were used as ground attack aircraft, because they were obsolete as fighters. Some Mk.IIs even became anti-tank aircraft with two 40mm cannon. 14533 were built, a number of these in Canada with Packard Merlin engines. 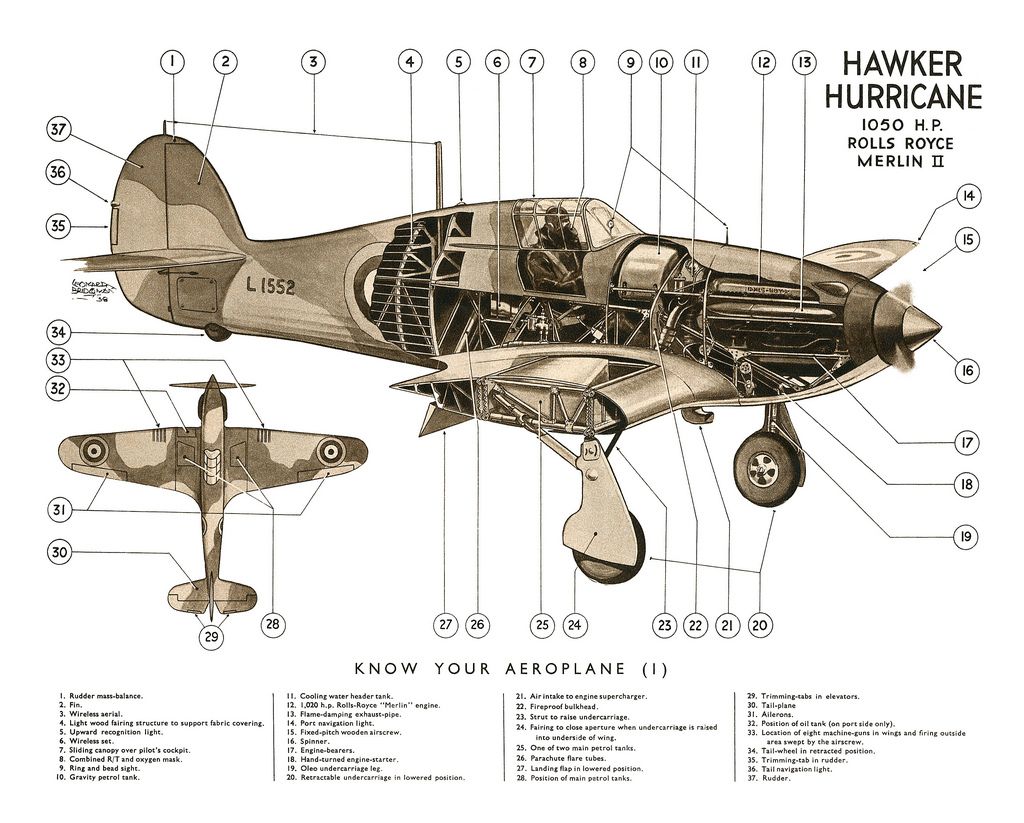 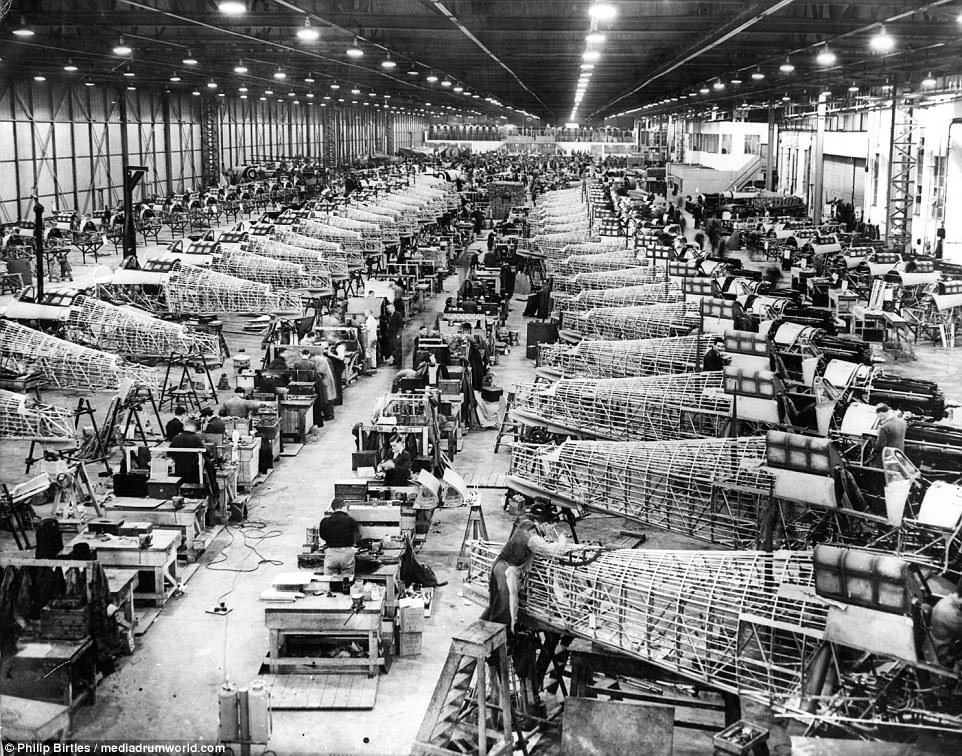 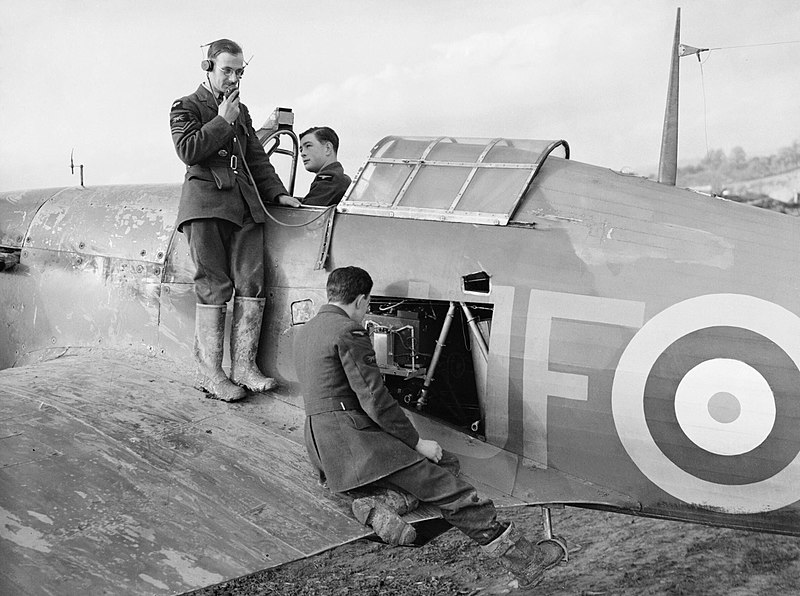 Testing the VHF transmitter-receiver in a Hawker Hurricane Mk I of No. 601 Sq. RAF at Exeter, Nov 1940. 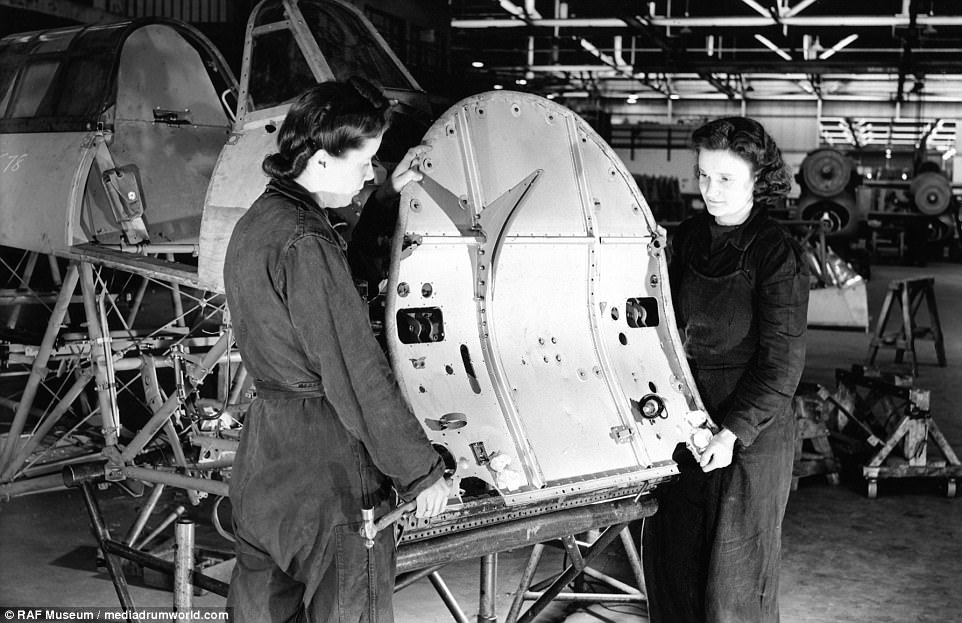 This women are fitting the fire wall on to a Hurricane Mk IIC. 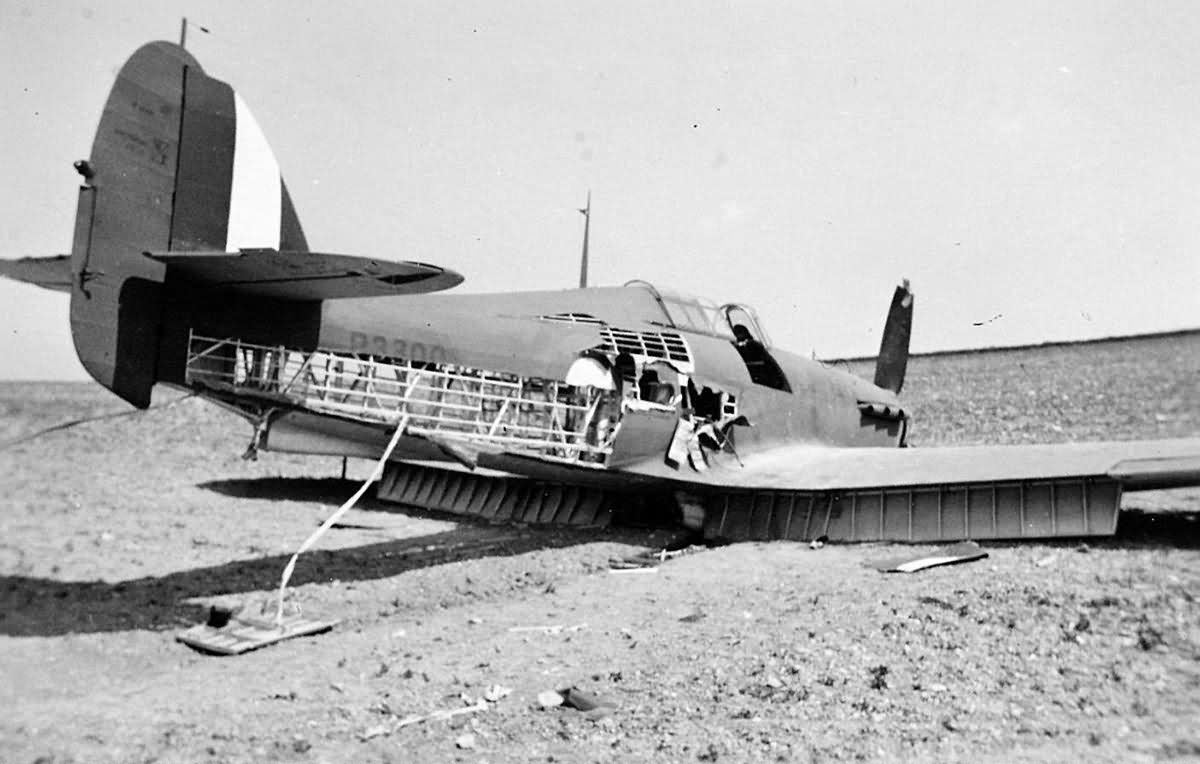 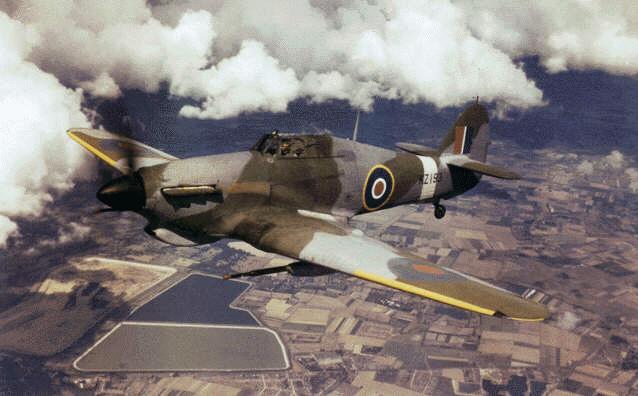 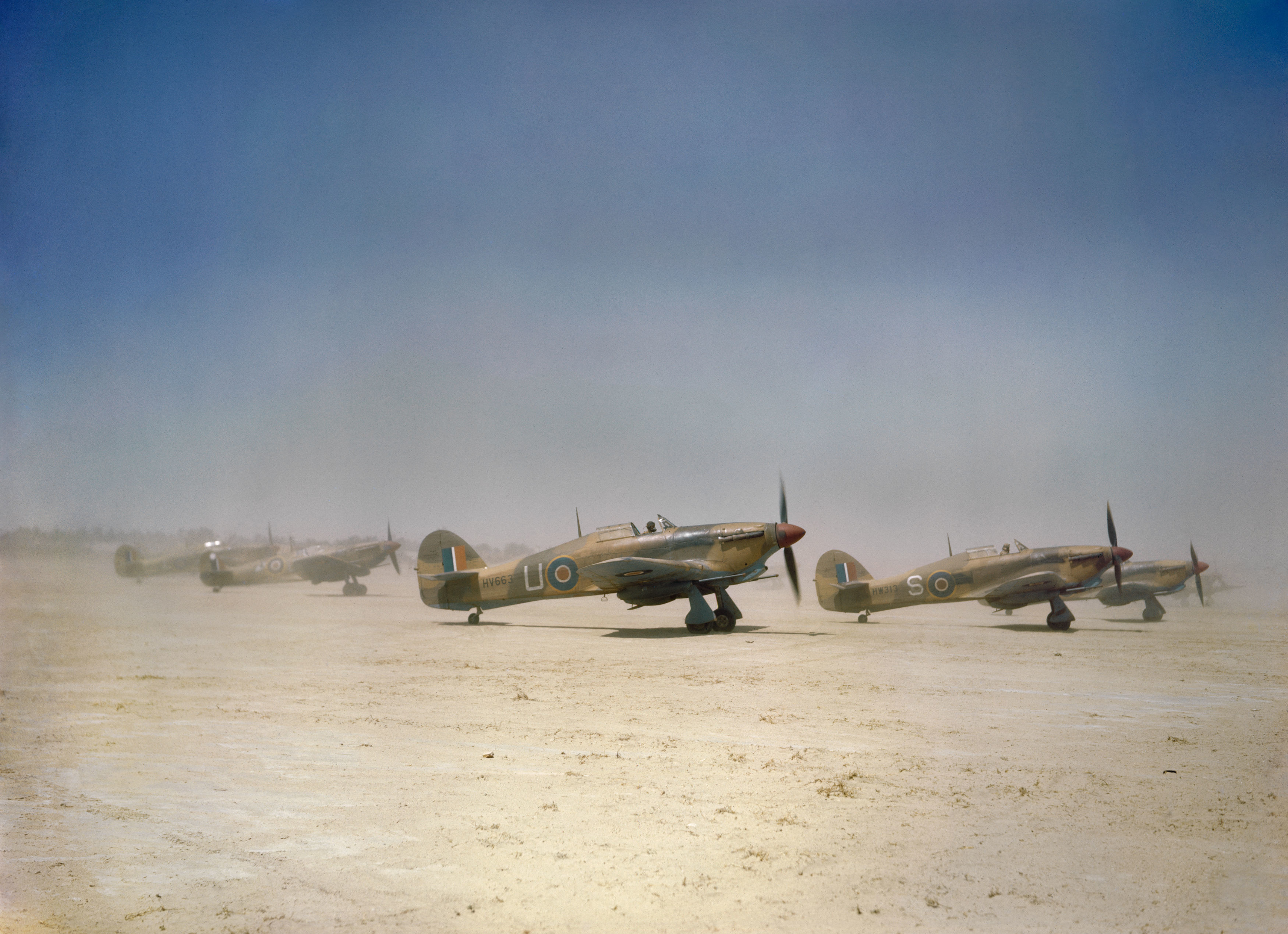 Loading the guns of a Hurricane fighter in Russian service. 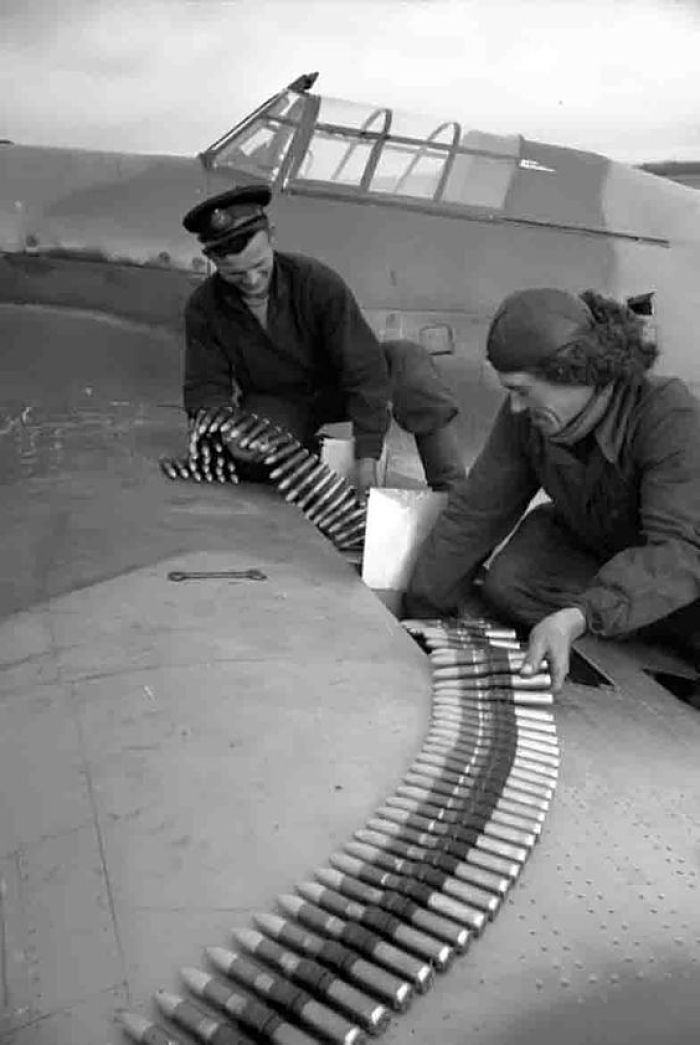 Always learning something from your posts Louis......

Hawker Hurricane fighters were the best-known British aircraft in Russia.
They were the first Allied planes shipped to the USSR as military aid.
Hurricanes served with the RAF 151st Wing, based at Vaenga in September- November 1941, but the 151st Wing operated as a British unit on Soviet territory.


No. 151 Wing Royal Air Force Operations in Russia, September-november 1941 A mechanic attaches the cable of a trolley-accumulator to a Hawker Hurricane Mark IIB of No. 81 Squadron RAF on the waterlogged airfield at Vaenga, as a section of three Hurricanes flies overhead: 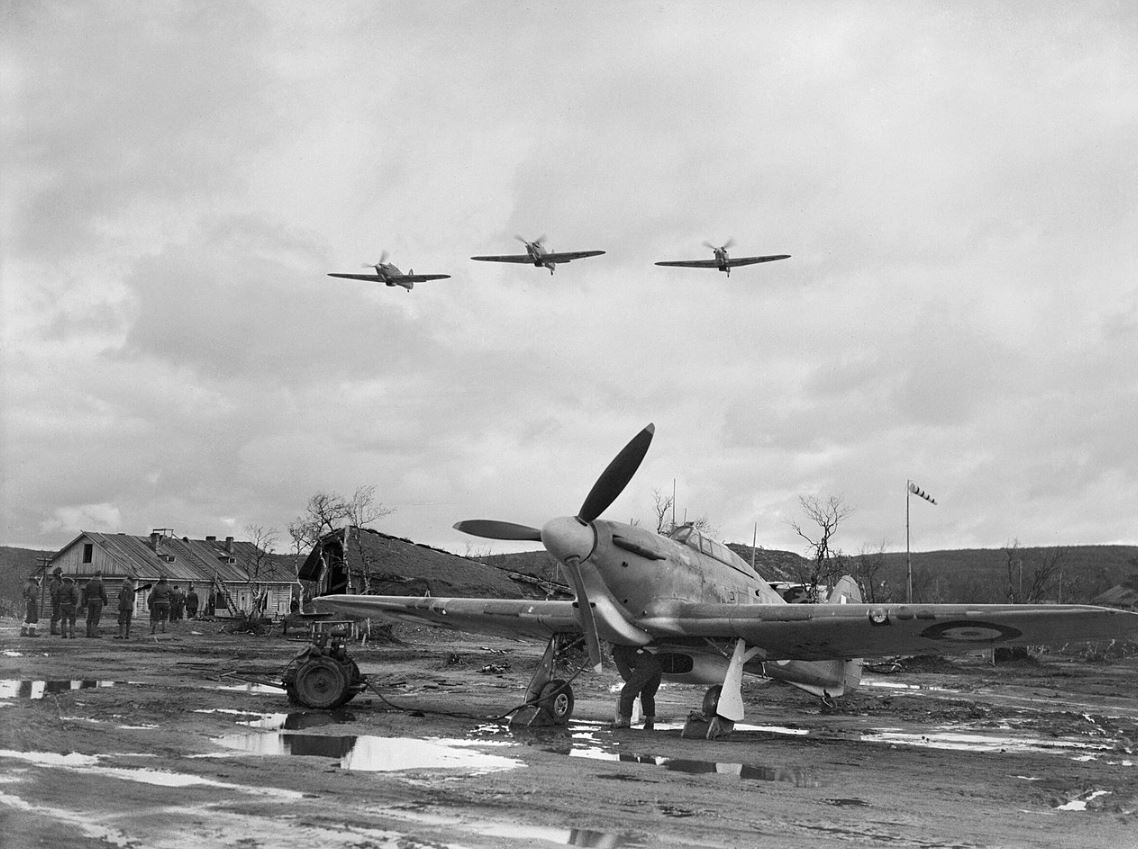 These brutes remind me a bit of P-47s. 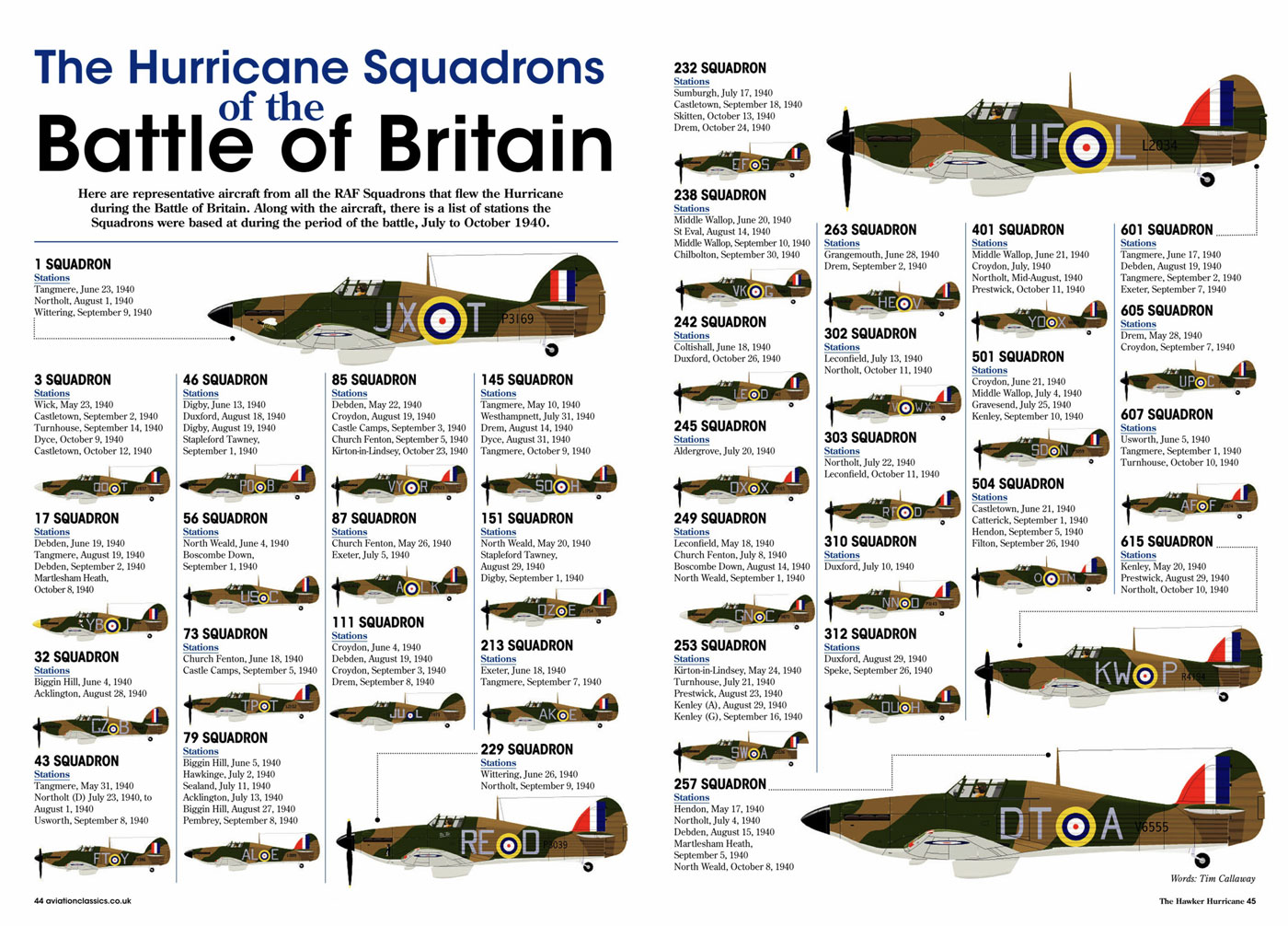 The Hurricane shot down more German aircraft during the Battle of Britain than the Spitfire.

"The Battle of Britain Memorial Flight is famous for the graceful Spitfire which leads it from the front. But next to it is always Hawker Hurricanes. The Hurricanes made an outsized contribution to the battle itself. More than half of the nearly 1,200 German aircraft shot down were by Hurricanes, but its impact has tended to fade into the background compared to the more graceful Spitfire. “The Spitfire had mystique about it,” Beaver says. The Germans would always say they had been shot down by a Spitfire rather than a Hurricane. It was OK to admit you’d been shot down by a Spitfire, but not a Hurricane.” " - BBC.com 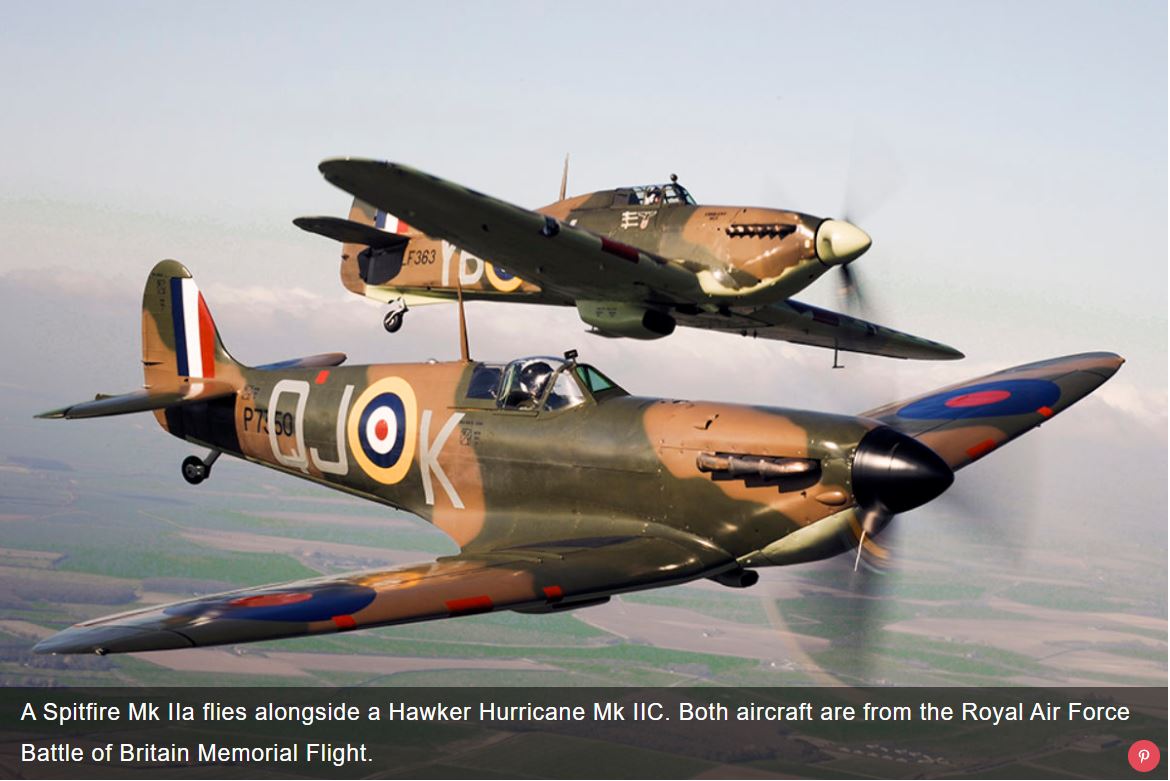 Reloading a Hurricane on board HMS Indomitable, Aug 1942. 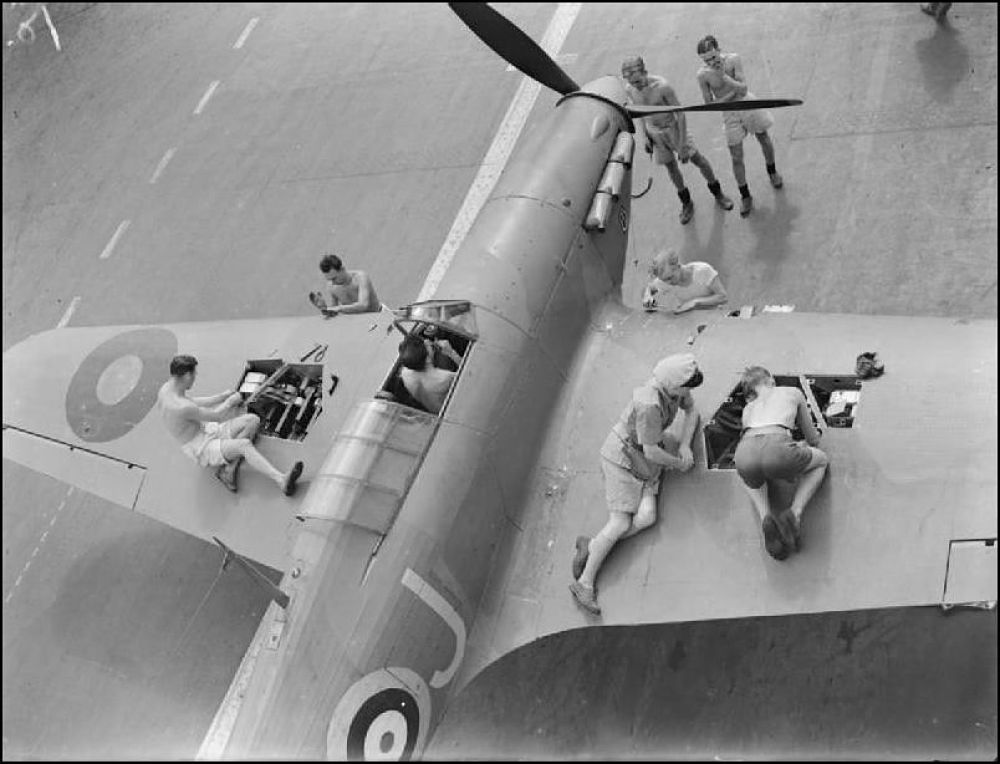