HMS Furious was a battlecruiser, converted into aircraft carriers of the Royal British Navy, who participated in both world wars. - The original project was a Courageous class battlecruiser reaching 30 knots and as the main armament had two 457 mm guns in single turrets. - 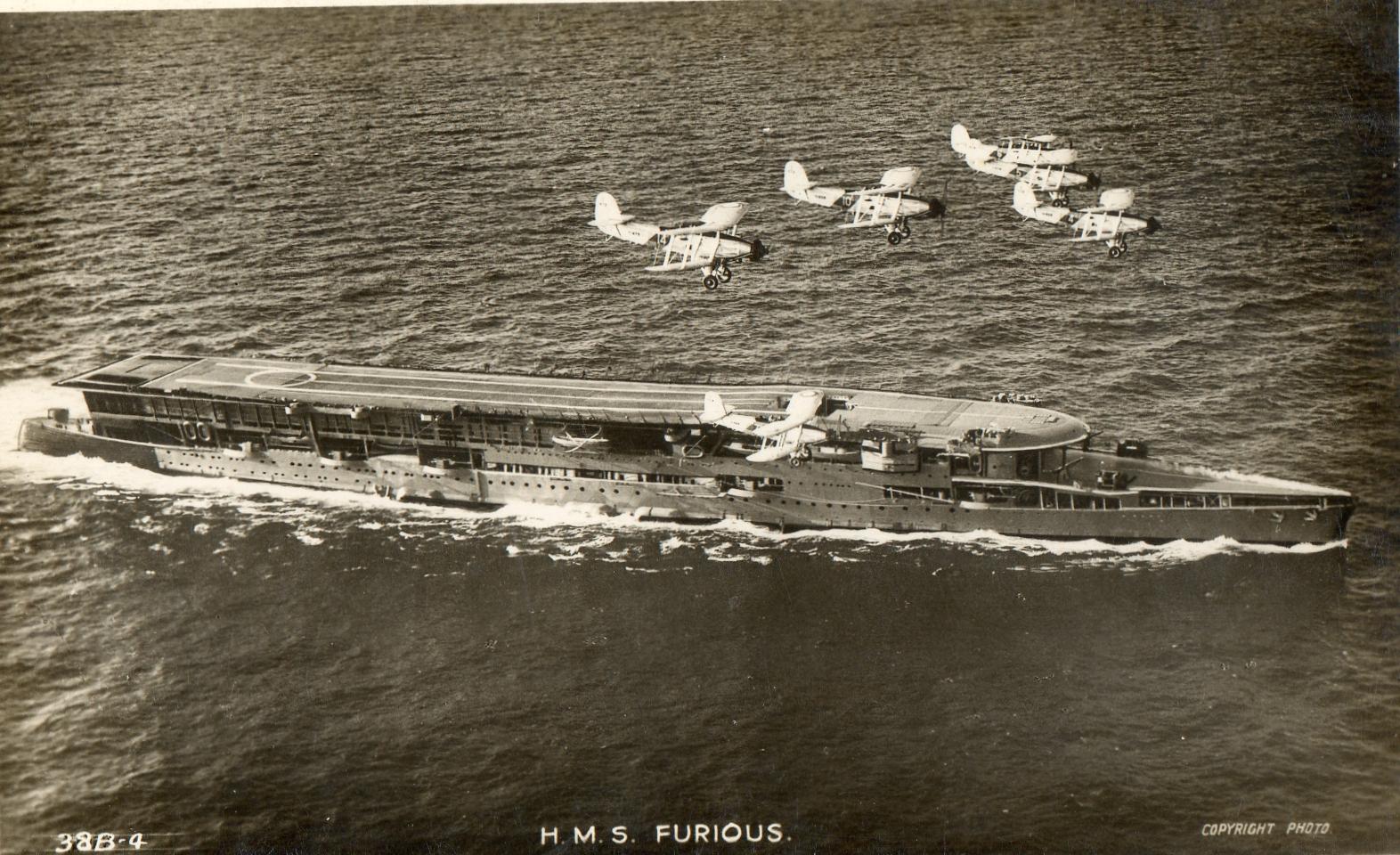 However, only one of them equipped, the stern, and after evidence of fire was dismantled. -

It was completed in 1917 as a seaplane.- In the 20's it was rebuilt with a complete flight deck, reaching the category of aircraft carriers.

In the 30s we added lots of flak and in 1939 the island. He participated in the Norwegian campaign. - In 1942 he went to the defense of Malta in the Mediterranean and in support of the landings in Africa. In 1944, as in metropolitan waters, launched their planes against the battleship Tirpitz in Norway in at least three different operations.- 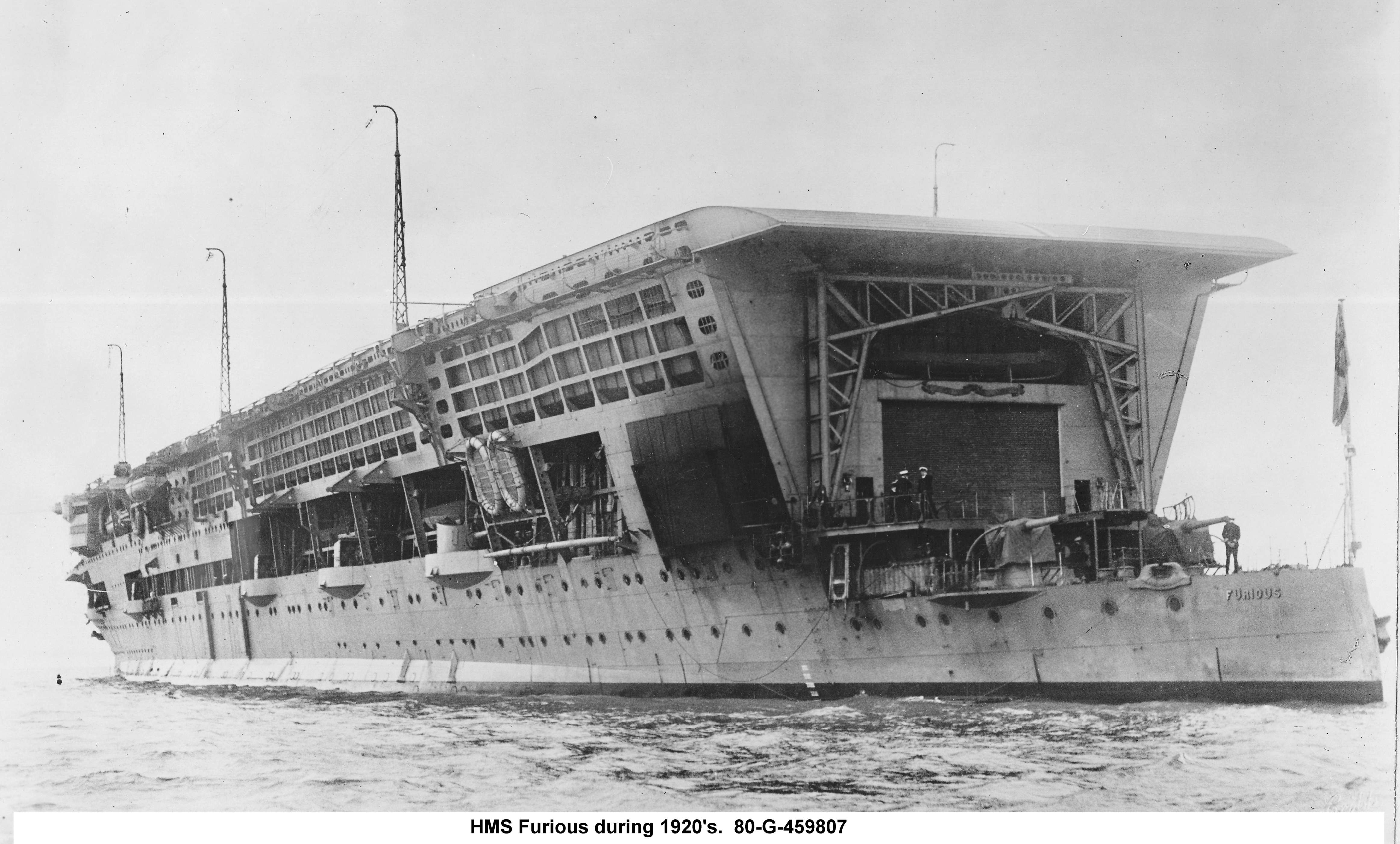 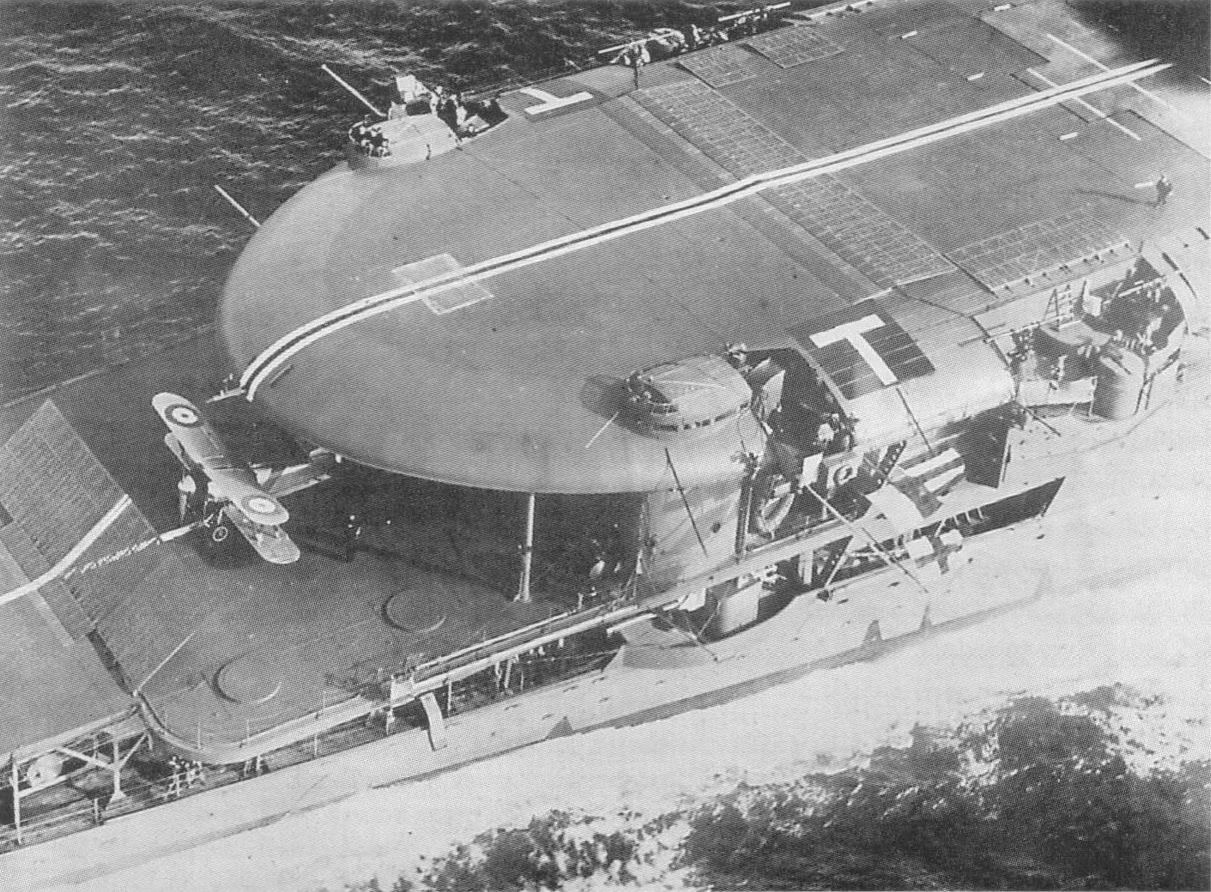 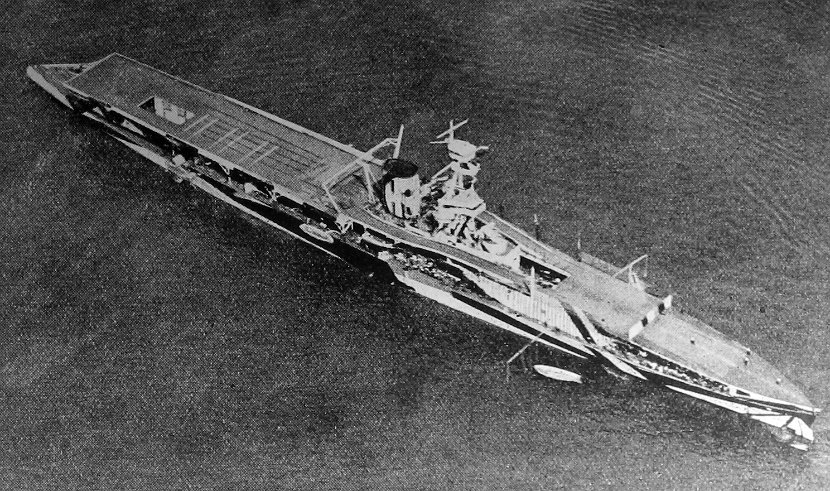