The Yamato was laid down on Nov 4, 1937, and later launched on the 8th of Aug 1940. His Imperial Japanese Majesty's ship Yamato was commissioned on December 16, 1941; just eleven days after the Attack on Pearl Harbor.

It was intended that the Yamato would be followed by two sister ships. However, only the Musashi was completed as a battleship, as the Shinano was completed as an aircraft carrier, to serve as a replacement for the carriers lost at the Battle of Midway. 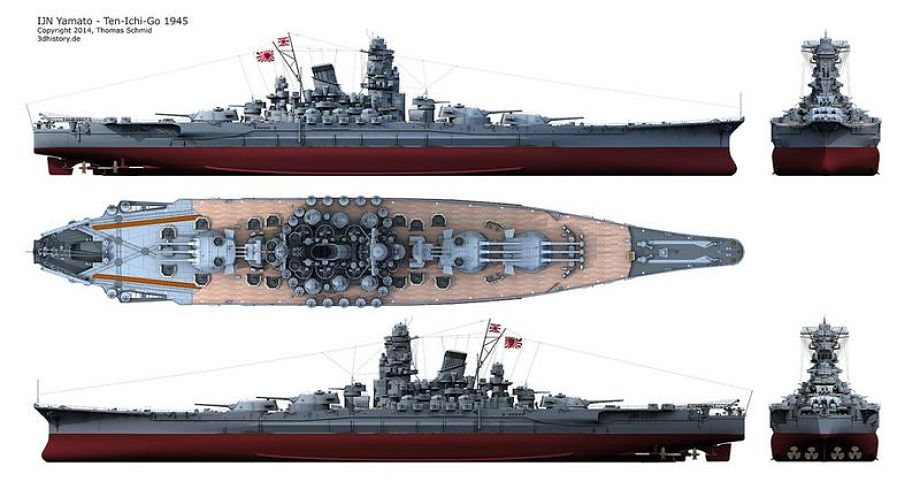 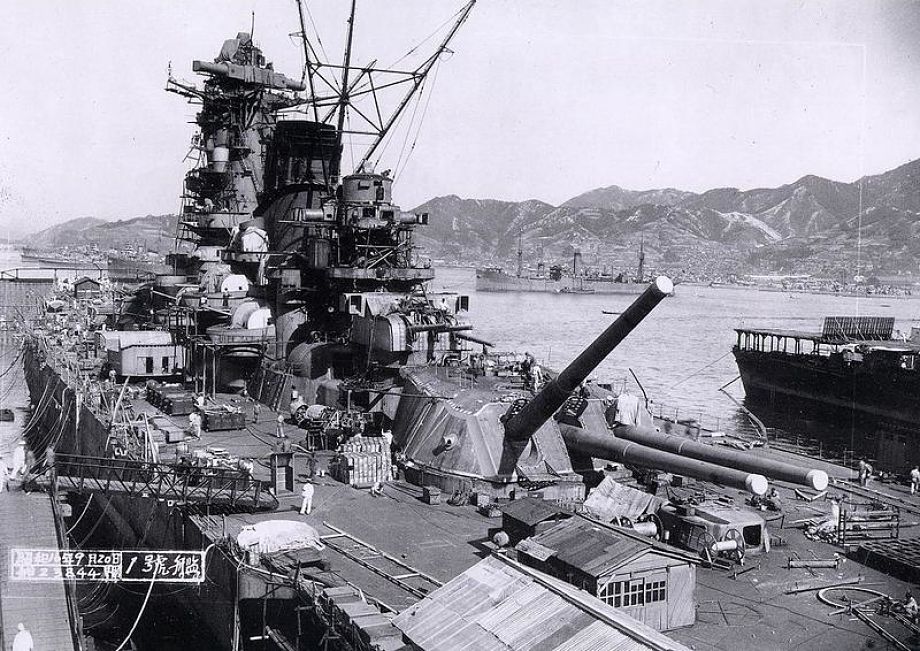 When the Yamato entered service, it was quickly made the flagship of the Japanese Combined Fleet, under the command of Isoroku Yamamoto, and was present at (but did not directly participate in) the Battle of Midway. On Dec 25, 1943, Yamato was torpedoed by USS Skate, which took here out of action for repairs until April 1944. During this period her anti-aircraft capability was considerably increased. 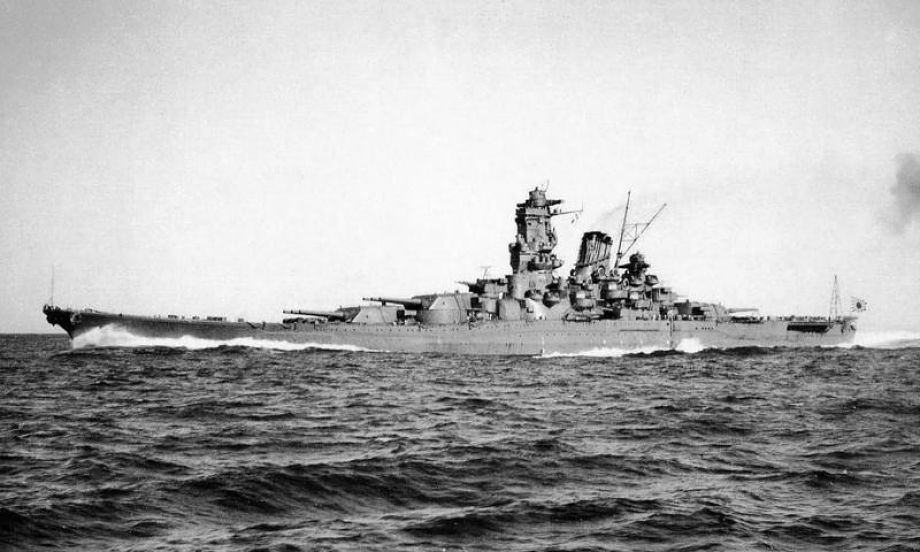 In June 1944, she participated in the Battle of the Philippine Sea, though contributing little beyond mistakenly firing on friendly vessels. Yamato saw more success during the Battle of Leyte Gulf in October, during which she helped to sink the escort carrier Gambier Bay and several destroyers, while receiving only light damage herself. In 1945, she participated in Operation Ten-Go, a suicidal effort to stop the Allied invasion of Okinawa, for which she was given sufficient fuel for a one-way trip. A force of over 380 US aircraft struck on April 7 while she was still 200 miles from the island, delivering thirteen torpedo hits, eight bomb hits, and numerous near misses, causing her to capsize and sink at 14:23. 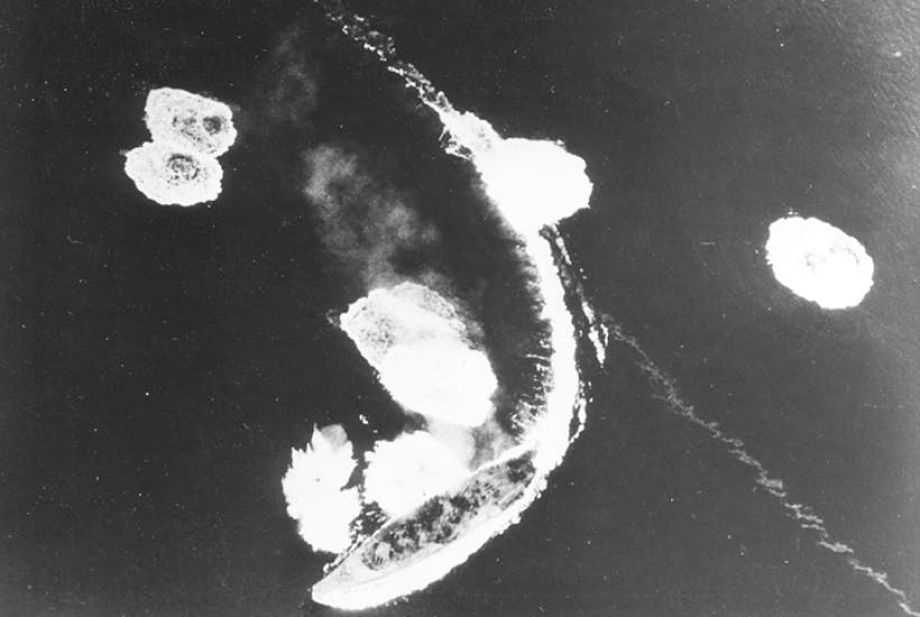 The Yamato wheels in a tight curve in an effort to avoid aerial bombardment.

The wreck of the Yamato was discovered and explored with an underwater submersible in 1985. She exploded while upside down causing the debris not to spread far. The wreck is under 2,000' of water, in two pieces. The bow section is severed just past her B turret, and is lying on its side, in the middle is the wreckage of her superstructure. On the other side the stern section is lying upside down with a prop missing; the turrets are lying close by. A large slab of her hull keel area is lying also upside down, The wreck is only about 560' due to the crumpled keel area. One of her anchors is missing that fell off after a bomb hit, and there is eveidence of torpedo damage to her bow.

Diorama of the wreck 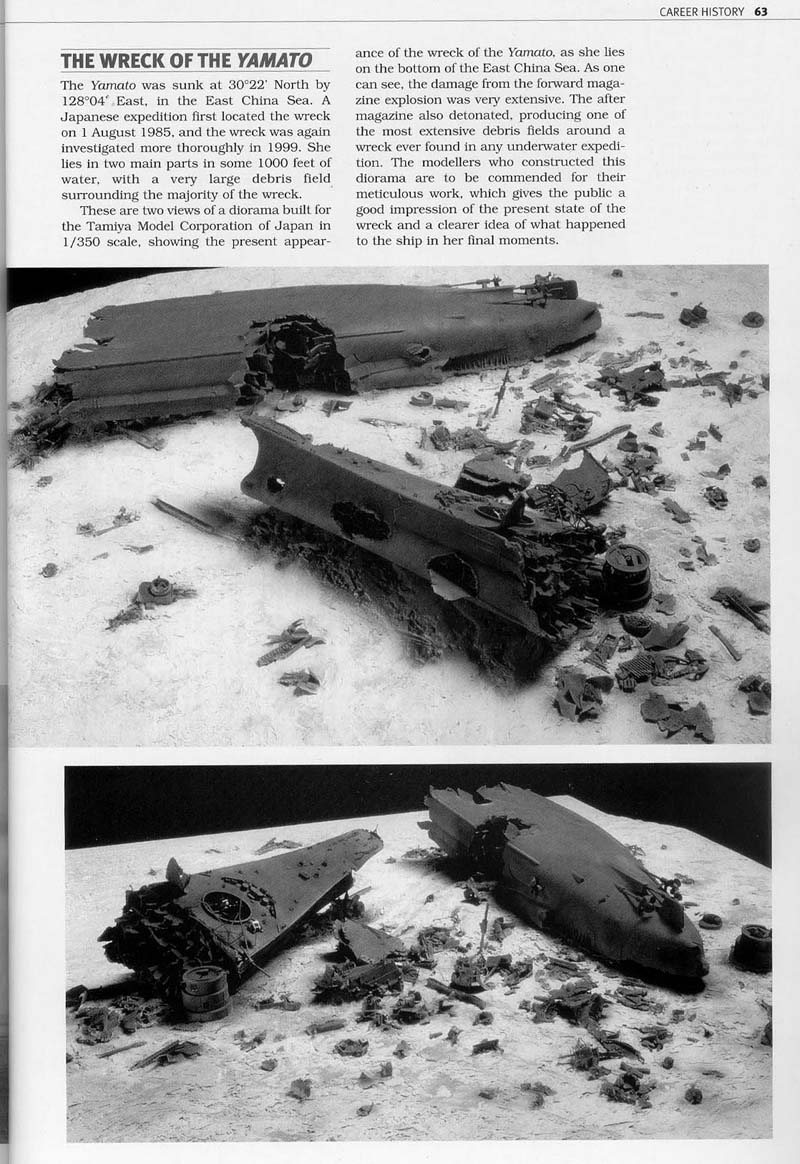 I wonder how effective those 18" shells were firing at aircraft (see video)?
A

mTk said:
I wonder how effective those 18" shells were firing at aircraft (see video)?
Click to expand...