Köln, a 6000-ton Königsberg class light cruiser built at Wilhelmshaven, Germany, was commissioned in mid-January 1930. Like other cruisers of the German Navy she made extensive training cruises during the 1930s and, after the outbreak of the Spanish Civil War, patrolled off that strife-torn nation. The latter duty demonstrated the structural weaknesses of Köln and her sister ships, a problem that, with her heavy fuel consumption and resulting short range, would limit her usefulness in the years to come. 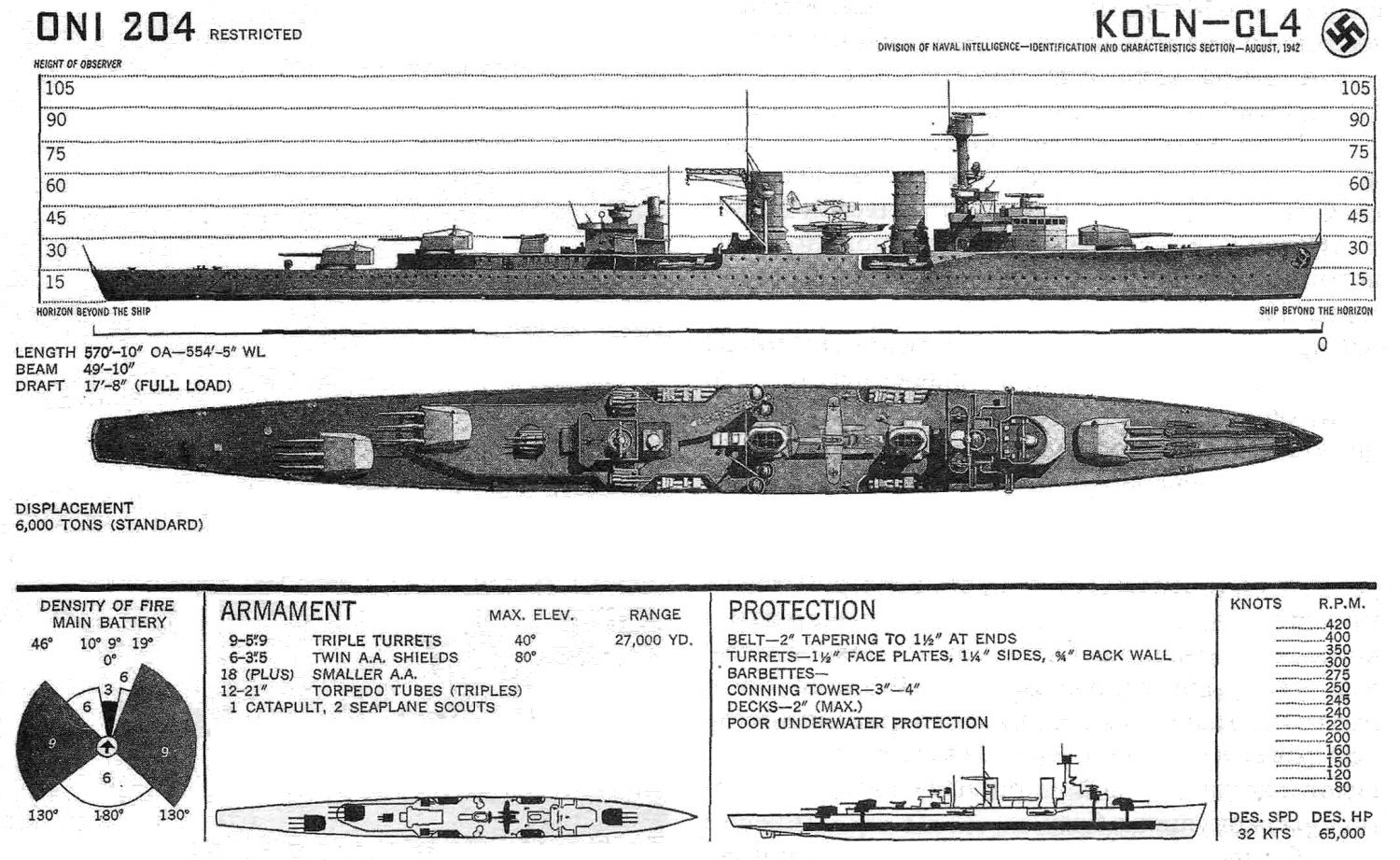 After the outbreak of the Second WW2, the Köln mainly operated in the Baltic. On 13 December 1939 she participated in a cruiser sortie into the southern North Sea that left two of her consorts badly damaged by British submarine torpedoes. During the invasion of Norway in April 1940, Köln carried troops to Bergen, engaging the defending batteries as she successfully landed her passengers. For the next two years she was back in the Baltic, primarily on minelaying and training service, but in October 1941 she bombarded a Soviet short battery in the Gulf of Riga. 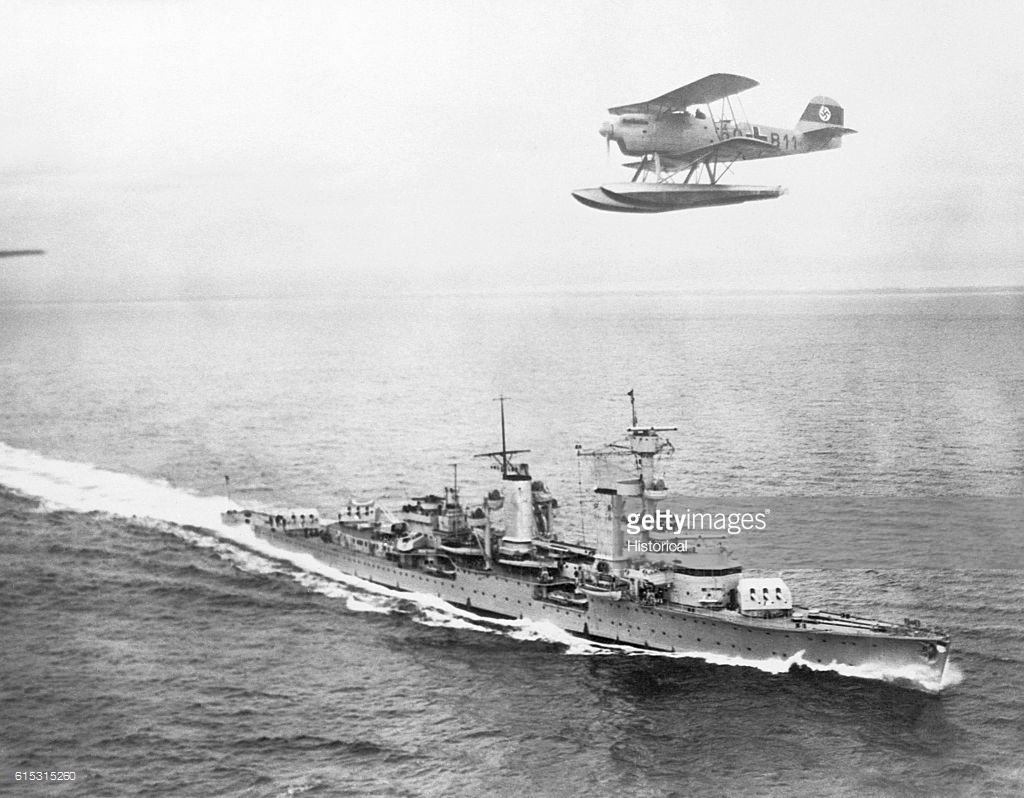 In July 1942 Köln steamed north to Trondheim, Norway, and later moved further up the coast to Narvik and then to the Alta Fjord. Her intended use in laying mines in Russian waters was thwarted by weather and her poor steaming radius. The ship returned to the Baltic in 1943 and spent most of the rest of the War inactive, under refit, or on training duties. She was used for minelaying between Denmark and Norway in late 1944. While at Wilhelmshaven on 30 March 1945, Köln was sunk in shallow water by U.S.A.F. bombs. 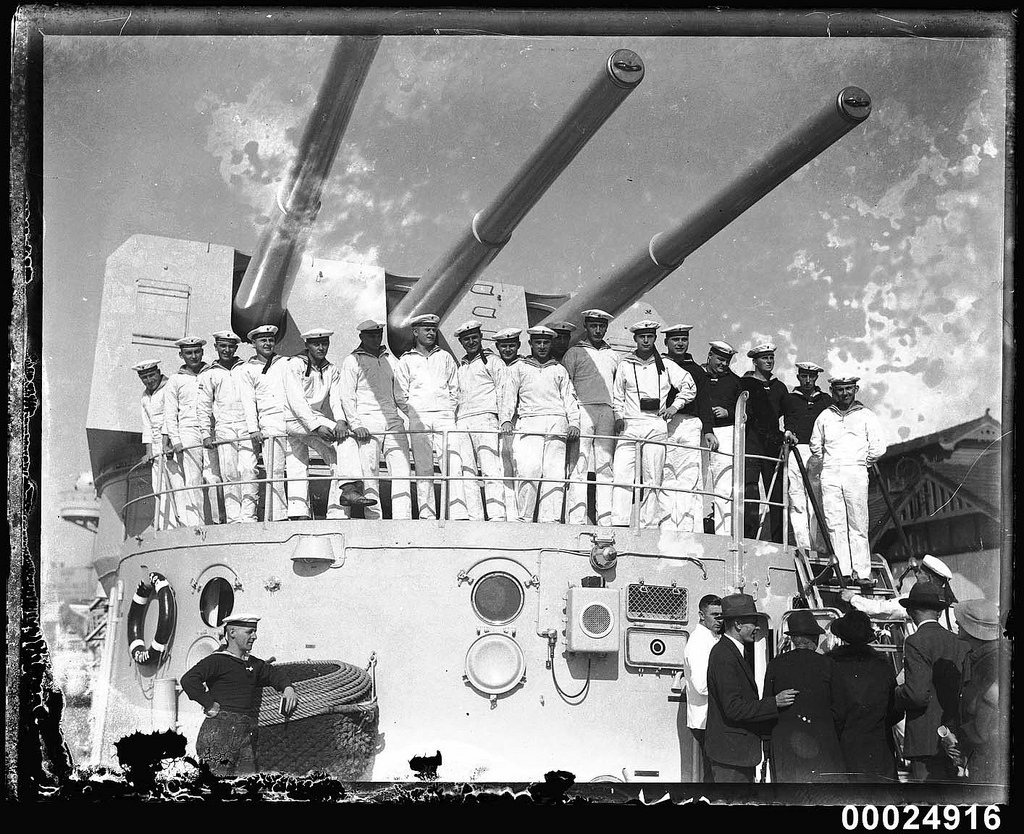 Post bombing: resting on the bottom of the dock. 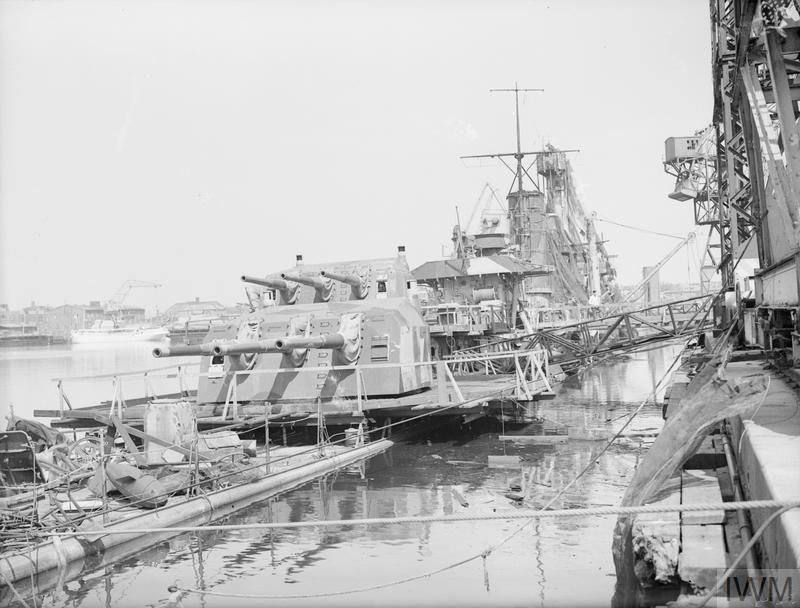 Other angle of cannons at the damaged ship, 1945. 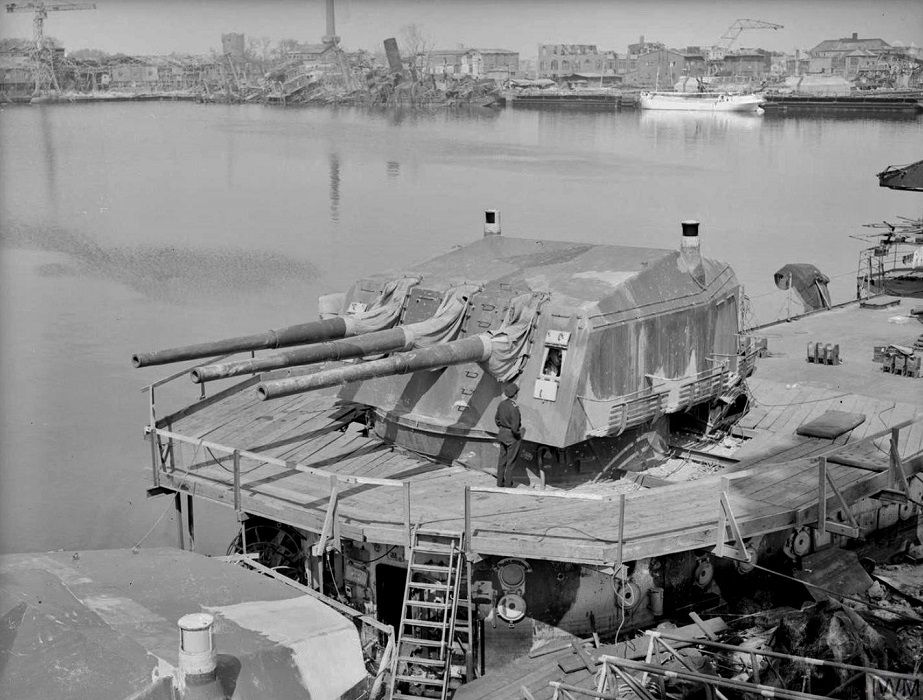