Frankly, I don't know what the difference in game play really is between this and their other title "Lock & Load Tactical Digital." One is squad level and this one is platoon level. Does that require two different games? Hmm.
Perhaps the DLC' content, but the game play seems very close. One difference that appeals to me is the LLTC rule book looks to be 200+ pages and this is only 81, with lots of pictures and a big font. Keep in mind the manual is for the board game, but the port is so close to the board game it's good enough.
The You Tube shows it looks pretty easy to play since the AI remembers all the rules if you are too lazy to bother memorizing details.
While still in "Early Access" it seems perfectly playable and the dev seems to be constantly updating, so it is unlikely the game will become "vapor ware" before it is released formally.
There have been some complaints about the AI, but I've seen the dev post and he's all over that so likely it's improved soon.
Like any good drug dealer the base game is only $4.24. The DLC's run about twice that.
The base game is really just a cheap intro for the player to decide if they like it enough to invest further time and money. I like their thinking!
It has two playable scenarios. There are two DLC's available for $7 & $8. They have a total of 19 scenarios.
I found a short reference to the game being playable on line, but nothing more. Also, no info about any plans for campaigns. There is no random scenario generator.
I know the game is being discussed on Steam, but I just couldn't find it. If you find something, please post a link here.
Anyway, here's the Steam game link and a You Tube scenario play through.
Anyone wanna play a little AH Panzer Leader? This is really close.
Off to include this in my purchase cart. The $4.24 earns me my $5 discount. Cool.
----- 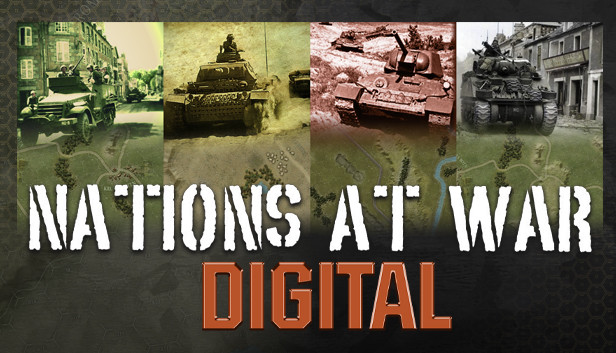 I picked this one up recently with the White Star expansion. The maps are a little bit "War on the golf course" look! But such is the board-gaming look sometimes. It seems to be the ugly step-child with LnL at the moment. Not a lot of development happening. From what I have seen so far, it has an excellent game mechanic and could be an excellent addition to the hex and counter game menu. I think the mechanics of the game are based on LnL WaW 85, Storming the Gap cardboard game. Very popular with the cardboard crowd and plenty of expansions. The digital version is in development. I would put it at medium difficulty to learn which is not a bad thing.

mTk said:
While still in "Early Access" it seems perfectly playable and the dev seems to be constantly updating, so it is unlikely the game will become "vapor ware" before it is released formally.
There have been some complaints about the AI, but I've seen the dev post and he's all over that so likely it's improved soon.
Click to expand...

Unfortunately none of these comments have aged well.

I actually even wonder why they even bothered making a digital version of this game with such a pathetically neglected CPU opponent coded in to it. It's laughably terrible. https://forums.lnlpublishing.com/threads/the-sp-experience-aka-the-cpu-opponent.6621/#post-37893

I don't think there has been one update (and the last one that happened appears to have been over 12 months ago) that has even tried to improve the CPU opponent.

The problem with many of these boardgame-to-PC adaptions is that the developers just simply have no idea how challenging and demanding it is to code a CPU opponent that is fundamental if the game is ever to be played SP for a game otherwise simple enough for two humans to understand and play MP. Part of the problem is "how" to code a CPU opponent so that it respectfully can fill the spot of a human player to play on one side in an endless number of possible custom scenarios. It really is practically impossible and I can not think of one game of this type for which the CPU opponent is anything worth giving praise to.

So my advice...do not buy these games if all you want to do is play SP...unless you like playing mindless unchallenging bots.