A formation above the Aleutian Islands / 1944 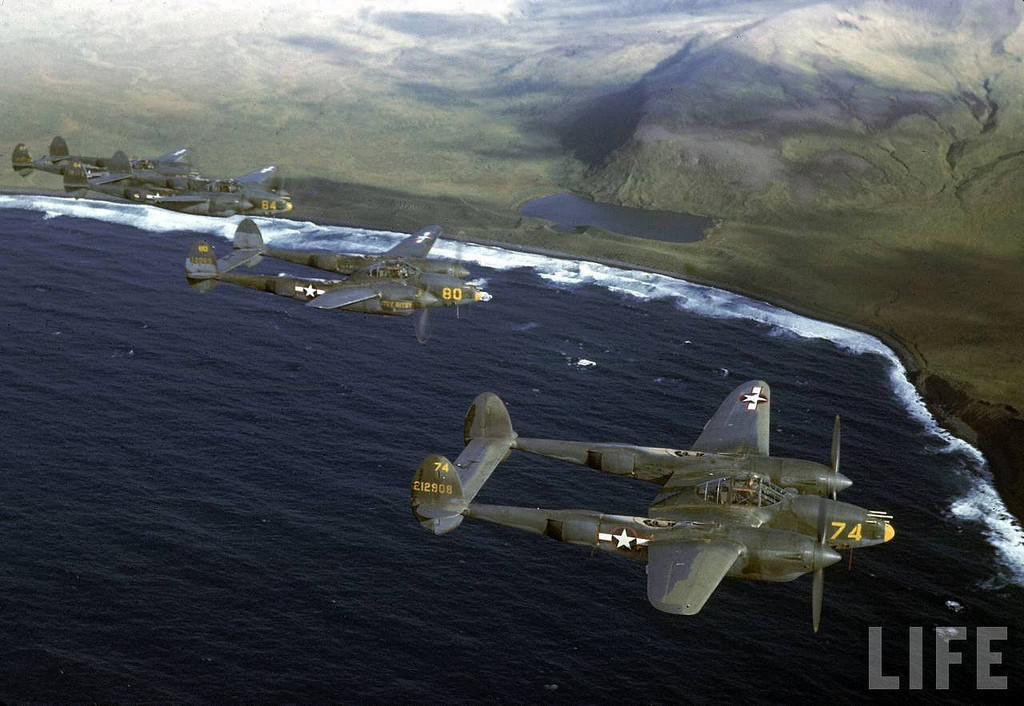 Das Morbo said:
The death of St. Exupery is a sad story. He was depressed ecause of bad publicity, he was deemed a collaborator with the nazis in parts of the public. It is assumed that, because of this, he looked for a way to die in an airplane... He flew Recon mission after Recon mission, and couldn't be talked out of it by anyone, until he met his fate. He was allowed only five combat sorties initally, but the sortie he didn't return from was his ninth.
https://en.wikipedia.org/wiki/Antoine_de_Saint-Exupéry
Click to expand... 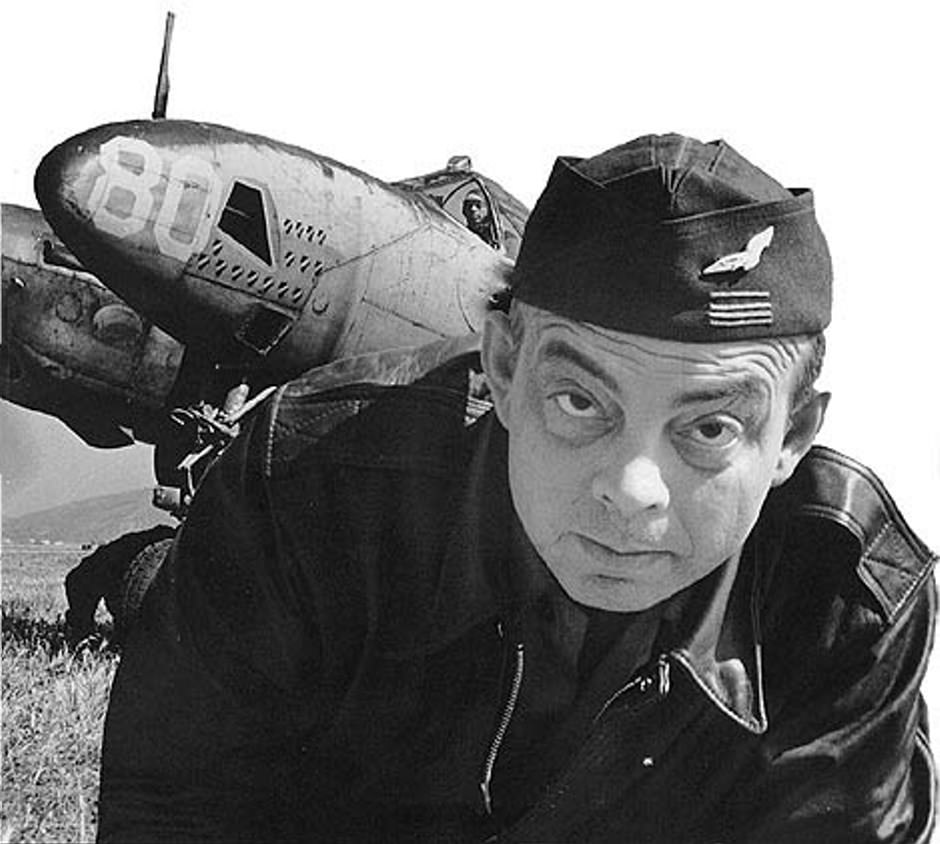 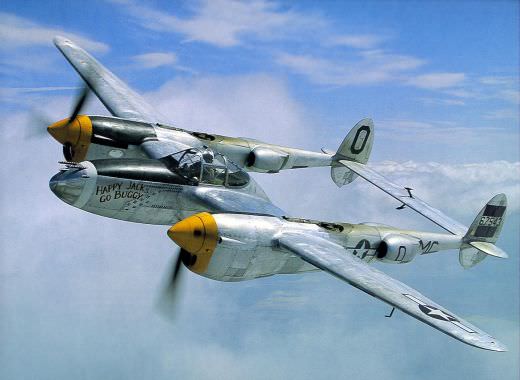 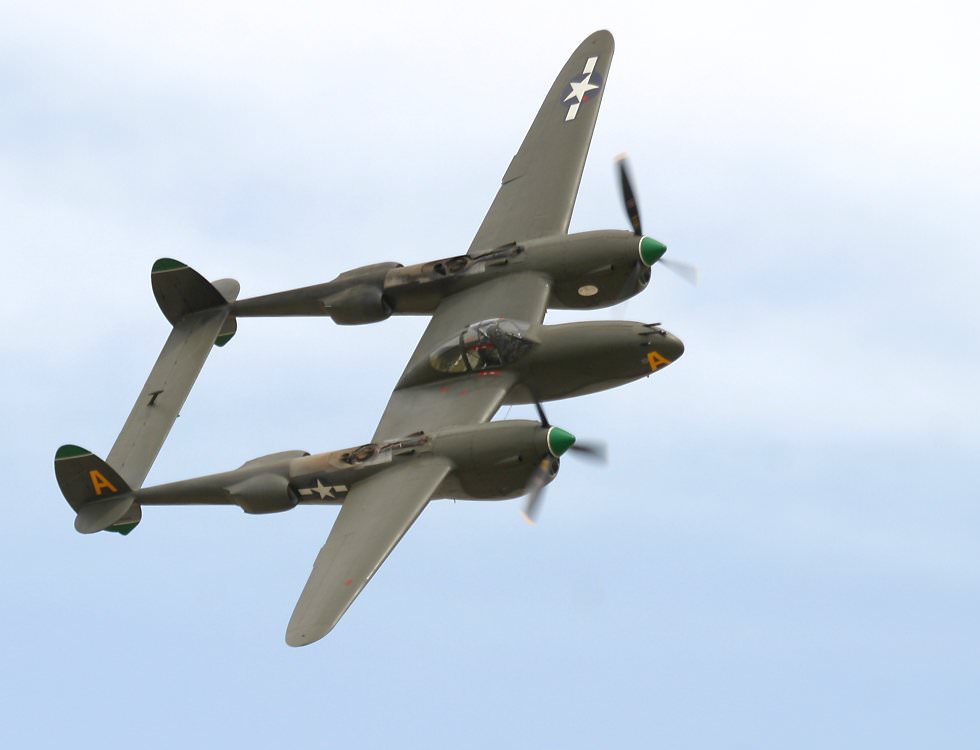 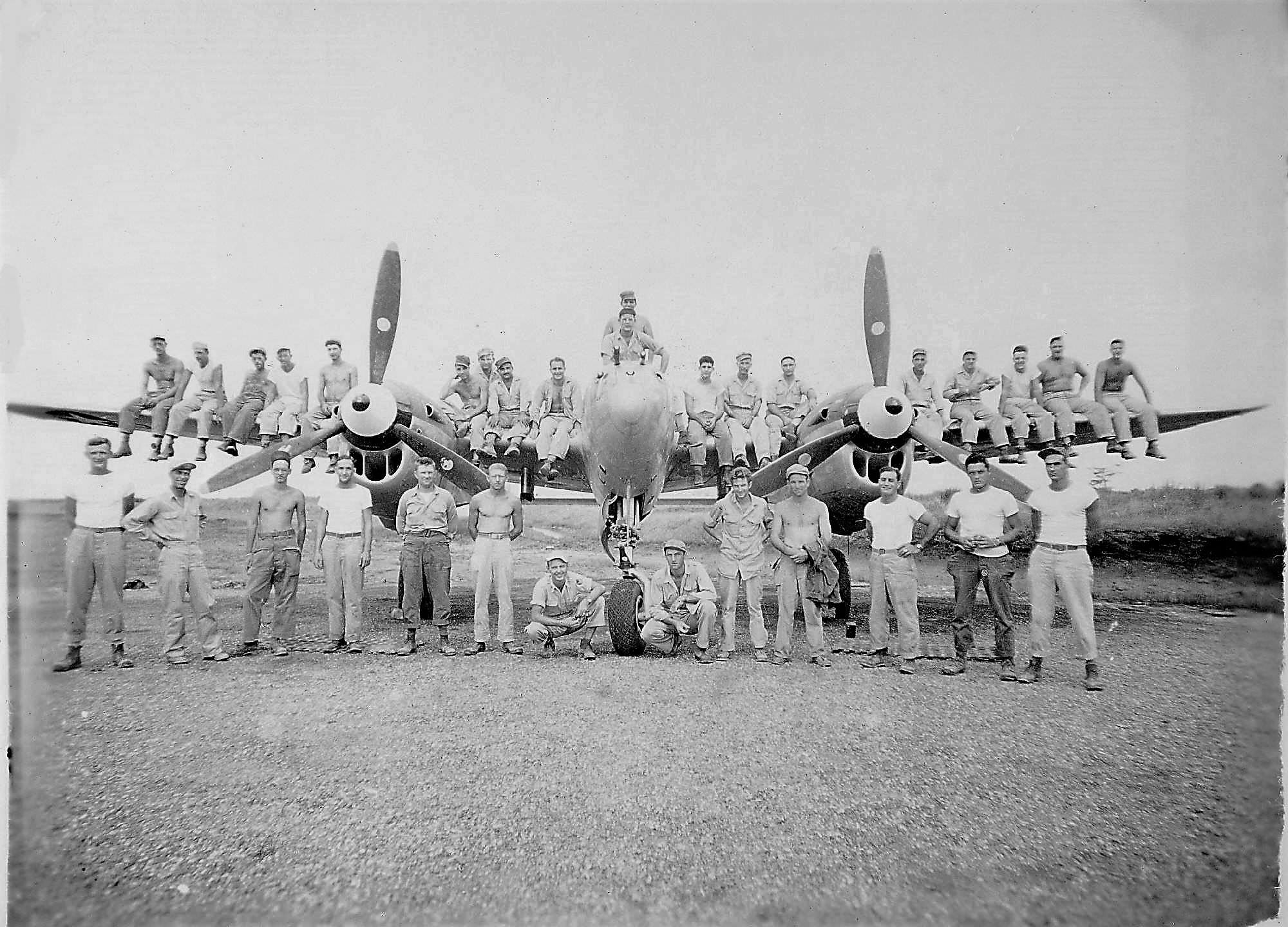 The P‑38M, known as the "Night Fighter," (or Night Lightning) were modified P‑38Ls which were equipped with a state-of-the-art radar system, (an AN/APS-4 AI radar pod mounted under the nose on a modified bomb pylon).
This model of the P‑38 was painted jet black and had flash guards on the armament to better hide in the night sky.
The radar equipment was operated by a guy crammed in behind the pilot under the bubble canopy. Due to the limited quarters in the rear of the cockpit, really big guys were not the preferred operators for the radar. 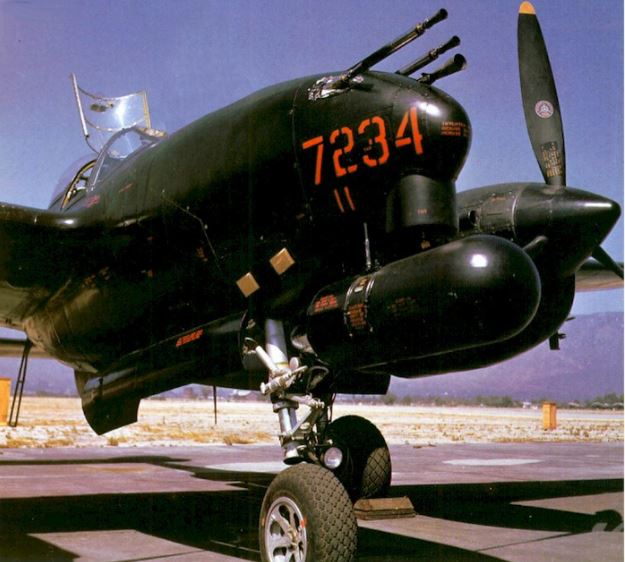 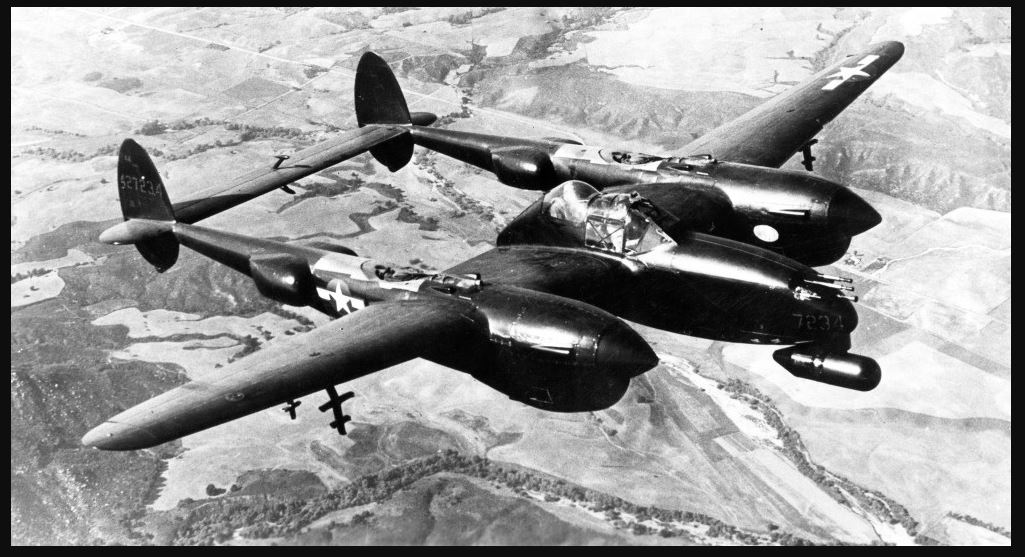 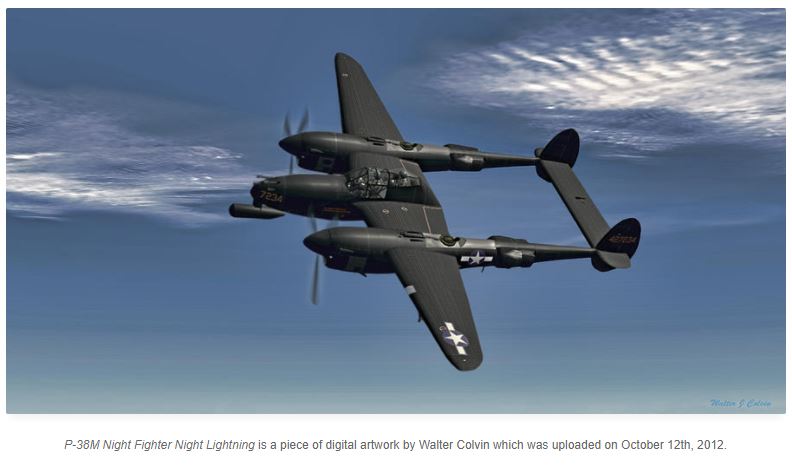