The Garand (M1) was the first semi-automatic rifle to be put in active military service. It weighed 9 pounds 8 ounces unloaded, and was 43.5 inches long. Simple in construction and easy to maintain, the rifle fired a standard clip of eight rounds, originally .276" caliber but later modified to .30" caliber. (The prototype rifles in .276 had a capacity of 10 rounds.)
It was developed by weapons designer, John Garand in the 1930s and the .30" caliber weapon became the standard long arm of the US Army, entering service in 1936. It served through World War II and the Korean War where it proved to be an excellent weapon to the point where the Axis Powers used as many as they could capture. Some were still being used in the Vietnam War in 1963, although it was officially superseded by the M14 rifle in 1957.
It did have its defects. The magazine held 8 cartridges, which were loaded by inserting an "en bloc" clip containing them into the rifle. It was not possible to load single rounds, so a partially discharged magazine could not be easily refilled. When the rifle fired the last round, it automatically ejected the clip, producing a loud high-pitched "ping" sound, although this generally could not be heard over the din of battle, despite the commonly-heard myth to the contrary.
Despite these problems, the rifle was well-received in several quarters. Gen. George S. Patton called it "the greatest implement of battle ever devised." The rifle remains popular with civilian weapons collectors and enthusiasts in the United States.

On Iwo Jima, a Marine aims his M1 Garand rifle at the enemy with an uncertain grip.

An amazing weapon for it's time. I used to own one. Fun to shoot and quite accurate. Even though the 30-06 round is stout, the recoil is very manageable due to the weight of the Garand. I also owned a modern Remington bolt action in 30-06 and the recoil was much more punishing than that of the Garand.
Last edited: Apr 14, 2016
V

Forgive me for posting it here and not in the movie thread but...

I have "seller's remorse" now. Gonna buy another one.

Meat Grinder said:
I have "seller's remorse" now. Gonna buy another one.

Hang your head in shame!

American soldier with a M1 rifle, checks the body of enemy near Saint-Lo, France. 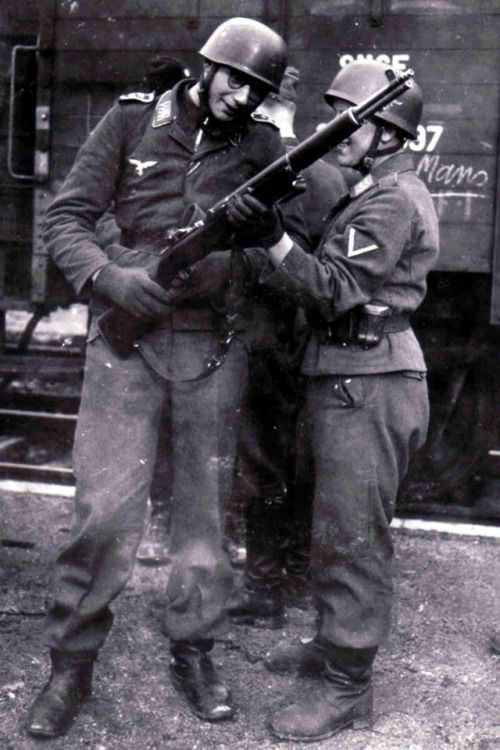 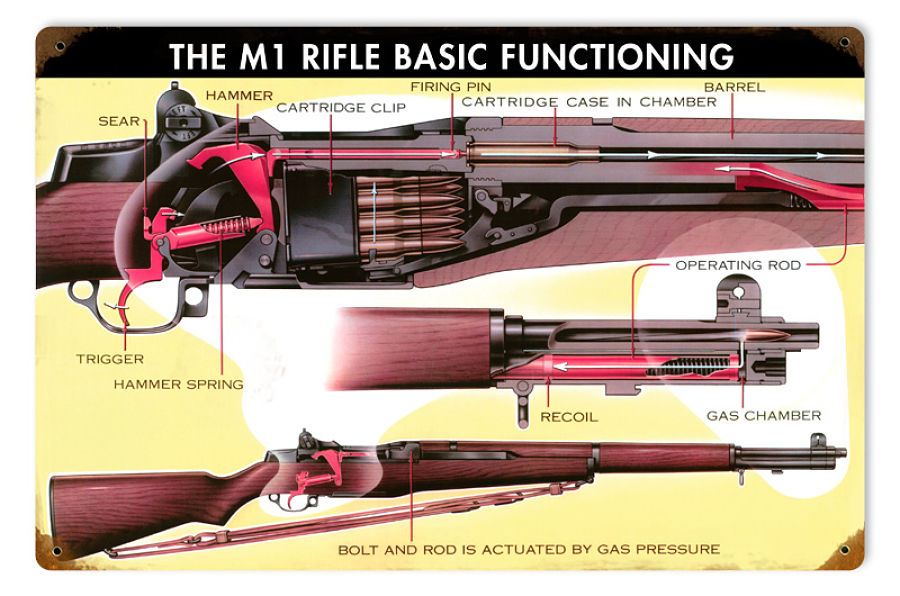 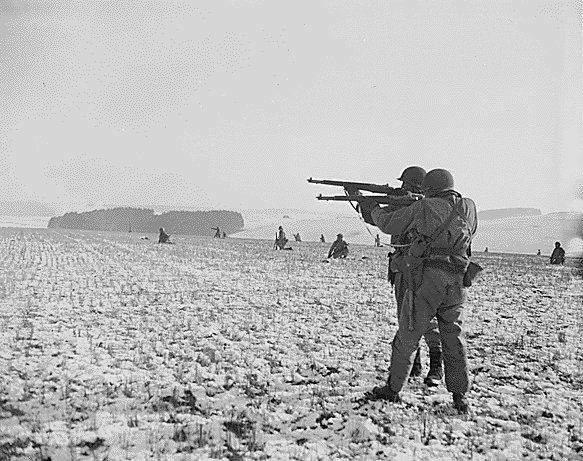 "Let's attract attention to ourselves by standing up in the open and making loud noises!"
"I'm with you, sarge!" 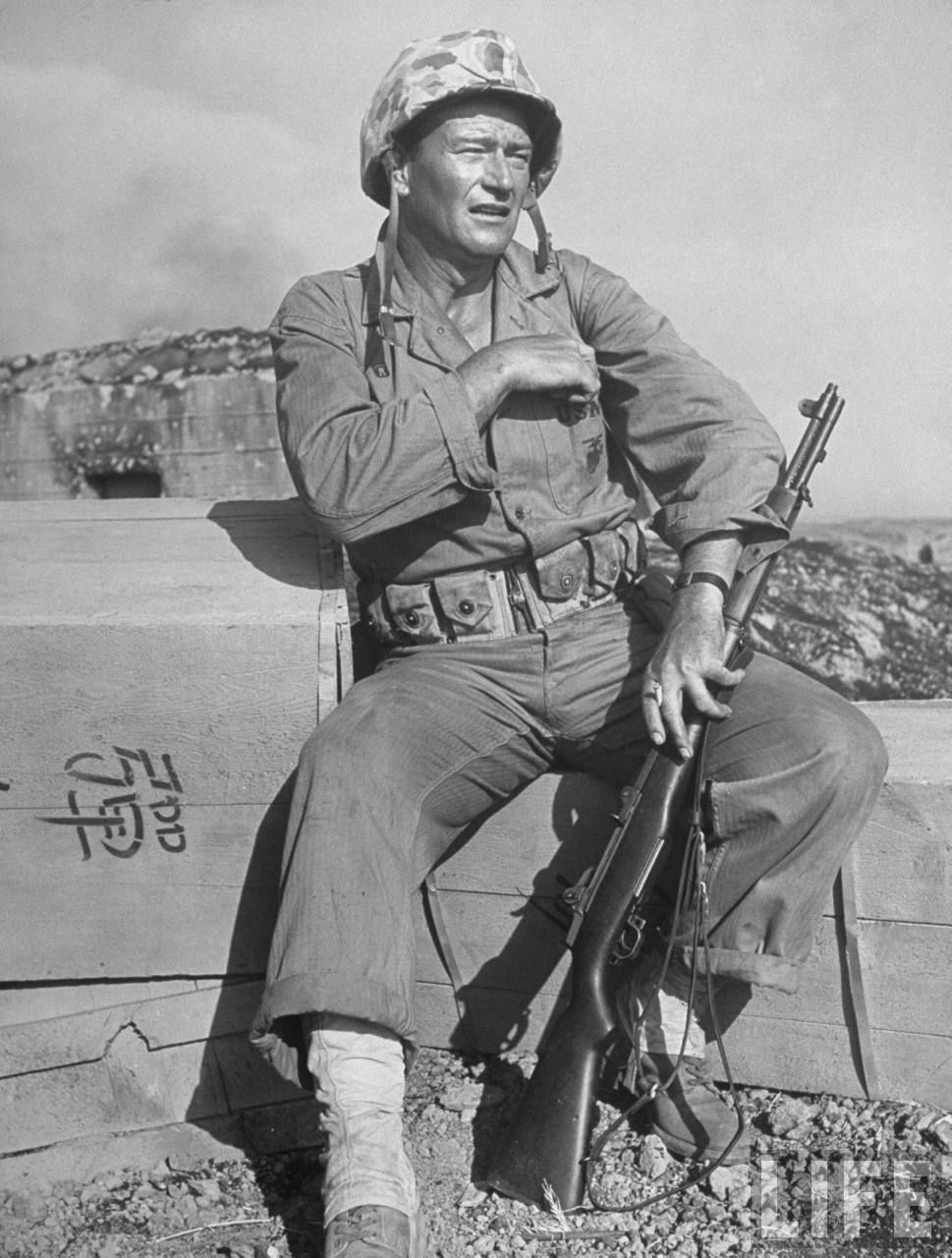 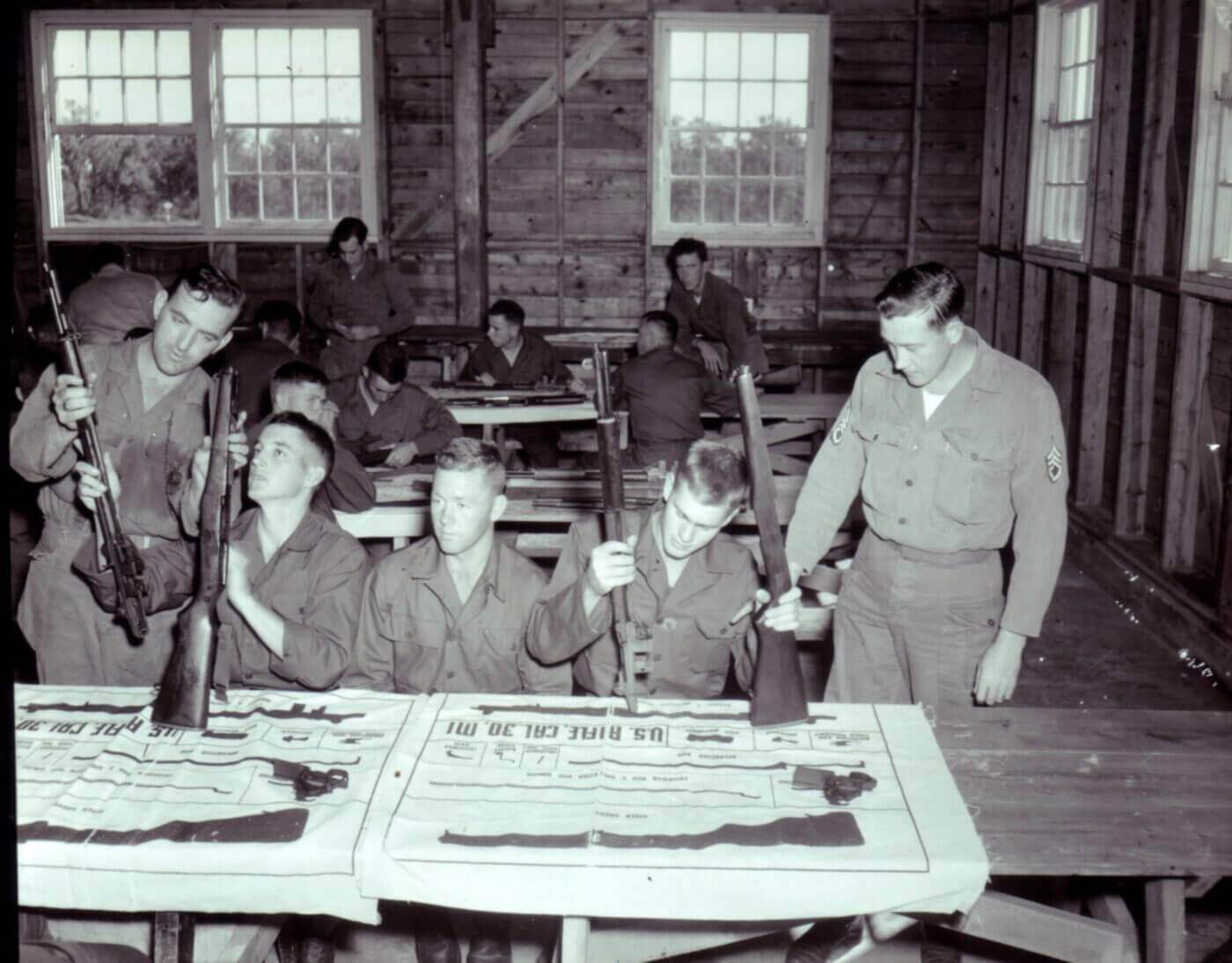 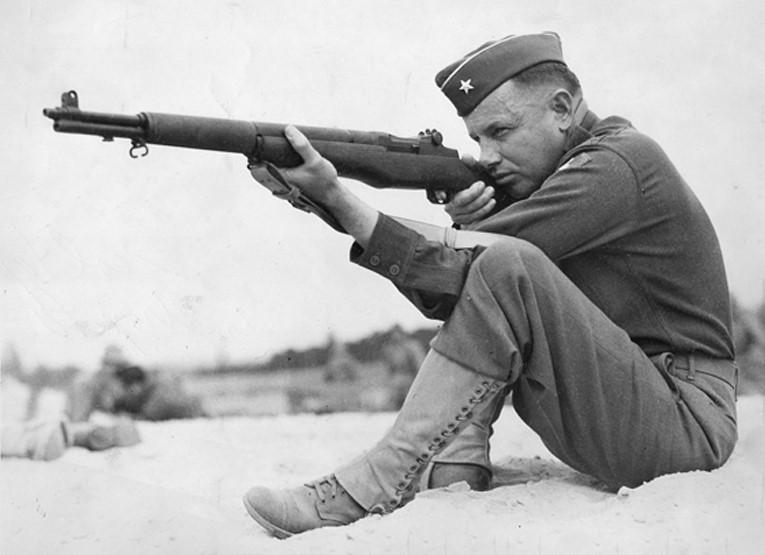 The then US President Harry Truman looking down the barrel of a M1 Garand during an inspection of a Marines barracks in Washington state, 1948. 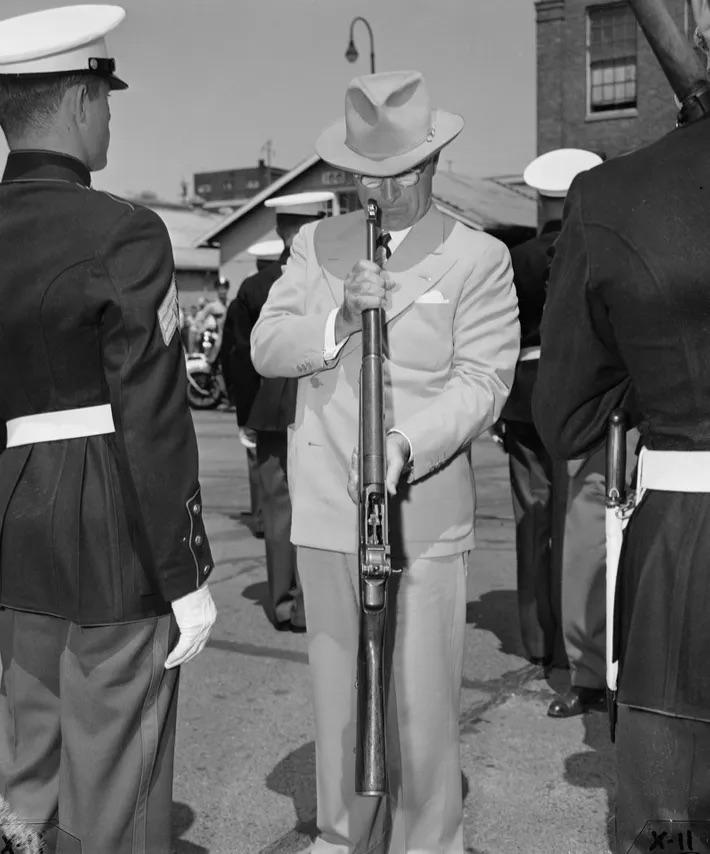 Truman was the first President who actually fought in a war (WWI). 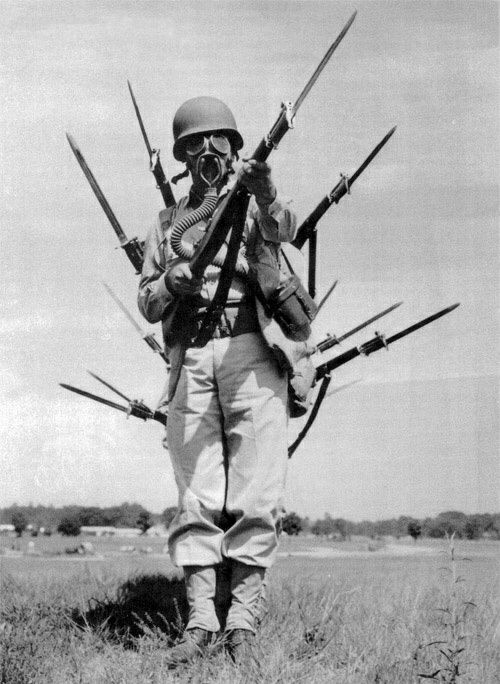