Maginot Line is a elaborate defensive barrier in northeast France constructed in
the 1930s and named after its principal creator, André Maginot, who was France’s minister of war in 1929–31.

The fact that certain modern fortresses had held out against German artillery during World War I, as well as the admitted saving in military manpower, induced France to build the celebrated Maginot Line as a permanent defense against German attack. This ultramodern defensive fortification showed traces of the old circular system of fortifications, but its dominant feature was linear. 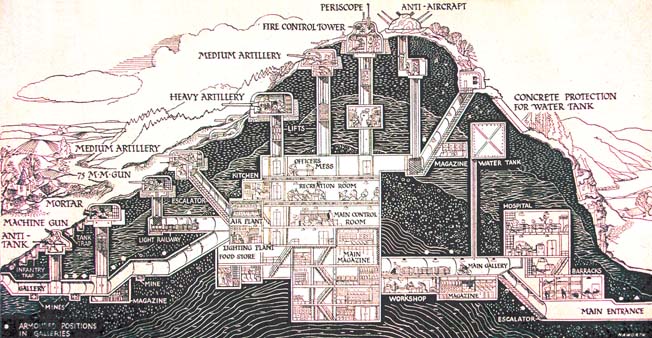 Ø The Line would hinder any German attack for so long that the bulk of the large French army would be fully mobilised to counter the attack.

Ø The troops stationed in the Line would also be used to fight against the invading Germans should they get through any one part of the Line and attack them from the rear.

Ø All the fighting would take place near to the French/German border so that there would be minimal damage to property.

Ø The Ardennes in the north would act as a natural continuation of the man-made Line as it was considered impenetrable, so the Line need not go all the way to the Channel. 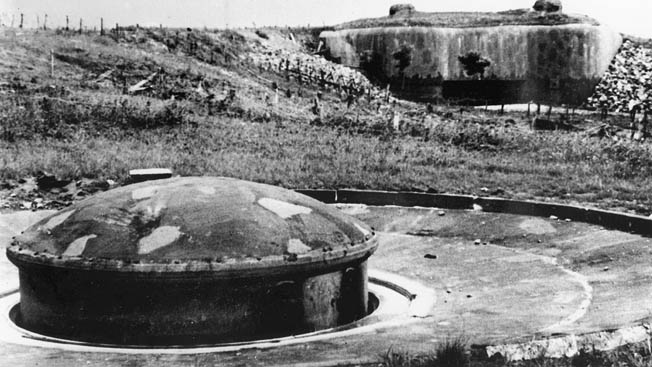 Work on the Maginot Line proper started in 1930 when the French government gave a grant of 3 billion francs for its building. The work continued until 1940. Maginot himself died in 1932, and the line was named after him in his honour.

It was not a continuous line of forts as some believe. In parts, especially in the south from Basle to Haguenau, it was nothing more than a series of outposts as the steep geography of the region and the River Rhine provided its own defence between France and Germany. The Line comprised of over 500 separate buildings but was dominated by large forts (known as ‘ouvrages’) which were built about nine miles from each other. Each ouvrage housed 1000 soldiers with artillery. Between each ouvrage were smaller forts which housed between 200 to 500 men depending on their size.

There were 50 ouvrages in total along the German border. Each one had the necessary fire power to cover the two nearest ouvrages to the north and south. They were protected by reinforced steel that was inches deep and capable of taking a direct hit from most known artillery fire.

The smaller forts were obviously not as well armed or protected as the ouvrages but they were still well built. They were further protected by minefields and anti-tank ditches. Forward defence lines were designed to give the defenders a good warning of an impending attack. In theory, the Maginot Line was capable of creating a massive continuous line of fire that should have devastated any attack.

However, the Maginot Line had two major failings – it was obviously not mobile and it assumed that the Ardennes was impenetrable. Any attack that could get around it would leave it floundering like a beached whale. Blitzkrieg was the means by which Germany simply went around the whole Line. By doing this, the Maginot Line was isolated and the plan that soldiers in the Line could assist the mobilised French troops was a non-starter. The speed with which Germany attacked France and Belgium in May 1940, completely isolated all the forts. The German attack was code-named “cut-of-the-sickle” (Sichlschnitt) – an appropriate name for the attack.

Once the Maginot Line had been isolated it had little military importance and the Germans only turned their attention to it in early June 1940. Many of the ouvrages surrendered after the government signed its surrender with Germany – few had to be captured in battle, though some forts did fight the Germans. One in seven French divisions was a fortress division - so the Maginot Line took out 15% of the French Army. Though not a huge figure, these men may have had an impact on the advance of the Germans - or at least got evacuated at Dunkirk to fight another time.

Trench warfare taken to the extreme. 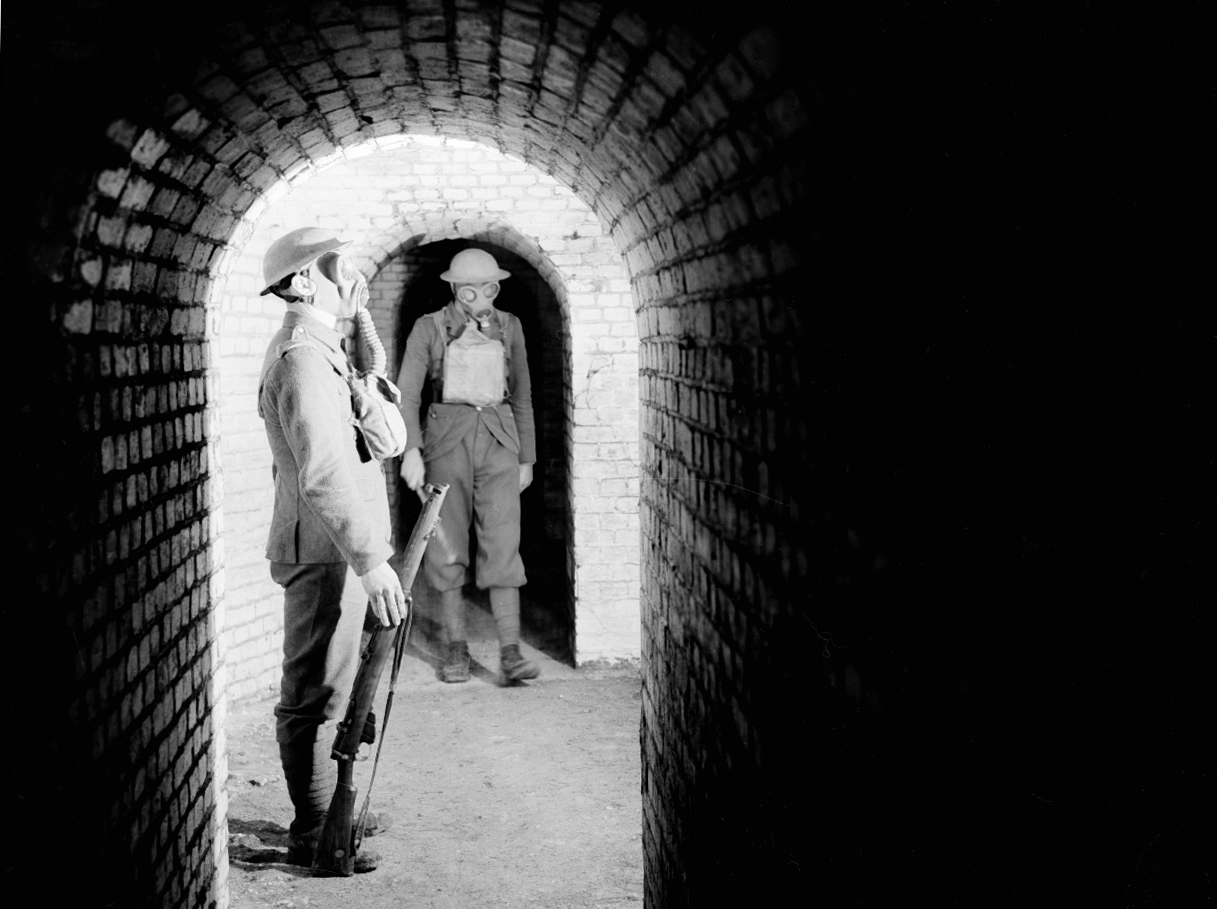 You can still visit some of the fortresses of the Maginot line.
http://maginot-hackenberg.com/?page=home&lang=en
http://www.lignemaginot.com/accueil/indexen.htm

German forces tour Maginot Line defenses after they were captured. 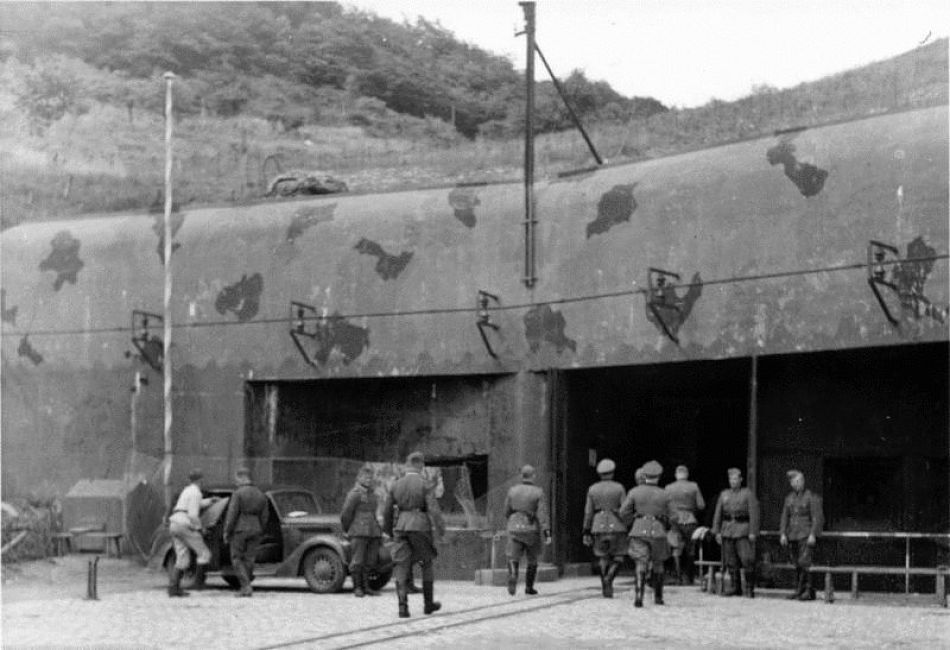