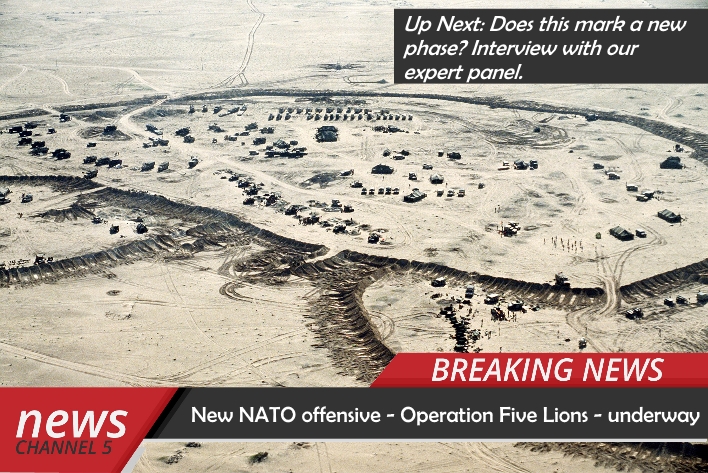 Anchor: That story was from our journalist Roger Acorn on the ongoing NATO efforts to take Damascus. Still with Syria and Damascus, we now turn to the south of the city where Tracey Jones brings us some breaking news. Are you with us Tracey? I understand it's the crack of dawn where you are?

Reporter: Thank you Tom, yes it has just gone sunrise here in Syria but you wouldn't know it based on the activity that has been occurring all night. In a scene of what can only be described as organised chaos, armed forces from many nations have been busy around this and other forward operating bases preparing for another NATO offensive to help bring this conflict to a quick end.

It is understood that NATO forces hope to surround and cut off Damascus from south west Syria which is still held forces loyal to the regime.

We can confirm that this Operation, code named Five Lions, has been in planning for over a week and involves significant NATO ground forces from all major contributors to this western military effort to bring down the regime that allowed their country to be the staging point for multiple dirty bomb attacks earlier in the year. We expect a briefing from the commanding officer of this operations at 11am local time, which is a little over four hours from now. We'll update you all at that time.

Back to you in the studio.

Anchor: Thank you Tracey, we'll return to her for that expected press conference soon. Up next we'll talk to our expert panel about what this new offensive could mean for the ongoing war in Syria and ask the question about why it is bring launched. But first we'll go to a break and be back after these messages. 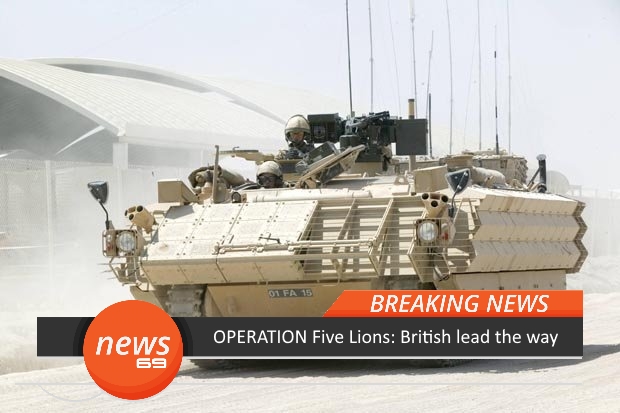 Operation Five Lions, NATO's multi-national push south of Damascus commenced this morning at dawn with British forces engaging local militia forces that were occupying ruins in the southern outskirts of the Syrian capital. NATO casualties were confirmed though details are unknown at this time.

These initial British casualties come on top of American casualties sustained overnight following a surprise ambush of an artillery position well behind the front lines. Additional NATO forces have been ordered to maintain patrols throughout the rear areas to prevent a repeat of the surprise attack, though sources have stated this will not significantly impede the timetable of the NATO operation.

When quizzed about the number of casualties at this morning's planned press conference, Brigadier Wedgetail of the British Army and NATO Commander in the region was evasive stating, "I can neither confirm nor deny anything you might have heard or seen, we're not going to comment on ongoing operations for obvious security reasons." 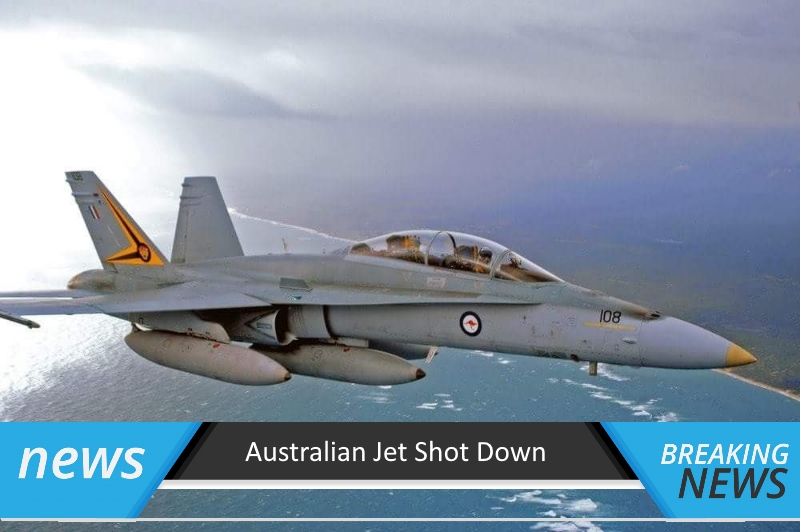 Fears are mounting that the launch of Operation Five Lions by NATO forces south of Damascus is hitting difficulties with three aircraft shot down by Syrian ground forces in the first 12 hours of operations. With the loss of an Apache Helicopter Gunship and an FA/18C Hornet being shot down while supporting US Army forces advancing to the south of the Syrian Capital. It is understood there has been no contact with the respect air crews. Some off the record comments to journalists have suggested there is little hope for finding survivors. The mounting air losses come on top of the loss of a US Army Littlebird helicopter earlier in the day while conducting low level recon of ahead of the US advance.

There is some growing criticism of British Army Officer, Brigadier Wedgetail, who is commanding the operation with numerous blunders in on this opening day. Despite this the NATO offensive shows no sign of letting up as night falls over Syria. Despite the losses there is no sign of Syrian forces being able to strike a telling blow against the advancing NATO forces. 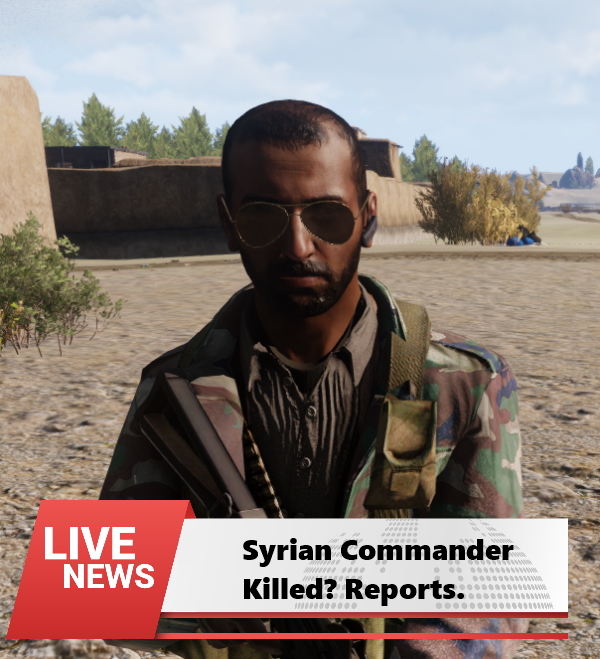 There are unconfirmed reports from Damascus that prominent regional warlord Abdul Salem Abbas was killed this evening during an engagement with US Marine forces on the outskirts of Syrian capital. A key figure in the Syrian regime, Abbas, was thought to be coordinating local resistance south of city.

Born in the city of Al Kiswah in the Rif Dimashq Governorate. The second son of a senior public servant to the Hafez al-Assad government in the 1970’s. Benefiting from his position in the administration his family was well to do compared to most. His elder brother was awarded a commission in the Syrian army and seen as the natural heir to the family. This allowed Abdul to focus on his passion of history and theology, attending the University of Damascus.

As the younger brother finished his studies and followed his father into the civil service, tragedy struck with his elder brother killed in an ambush during a tour deployed in occupied Lebanon. The focus of the family soon shifted to Abdul who rose through the ranks and replaced his father upon his retirement before being promoted as a district official in his home of Rif Dimashq in 2003.

The young official moved quickly in cementing his position, instigating a range of public work projects centered around road infrastructure and water distribution, the latter seen as principal for the ongoing farming activity in the region. He quickly became popular with the local populous and gave many fiery speeches at local events in support of the regime, at the same time promoting his place within it.

It is unclear what impact this will have on Syrian resistance in the region though for now numerous NATO sources who wished to remain anonymous are reporting it is a striking victory. One commented - "We've cut the head off the snake." 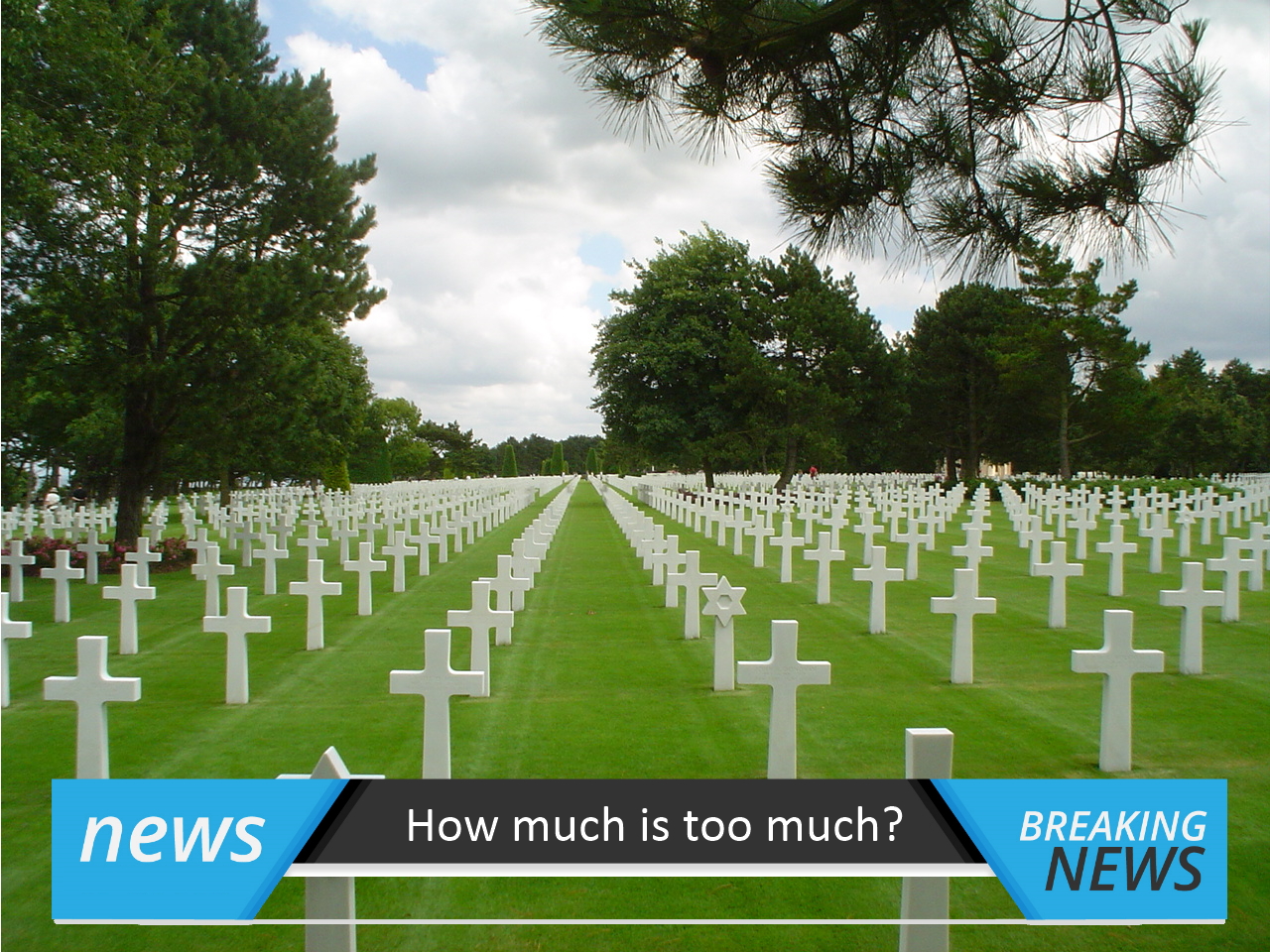 The NATO invasion of Syria has already been a costly affair in terms of men and equipment. Already thousands of NATO lives have been lost in little over a month since ground forces began their invasion of the counter. Take for instance the relatively small Operation Five Lions south of Damascus - not even 24 hours old and already our journalists on the ground report at least 100 servicemen have been killed in that offensive.

Analysts and commentars are growing increasing critical of the course of the NATO operations in the country, some going so far as stating they it appears the politicans are wanting a quick resolution to the conflict, that timetables and press deadlines appear more important than soldier's lives.

At the same time the more hawkish elements in Washington have defended the costs incurred so far, noting that people seem to forget the the tragic reasons why we are there in the first place. It is important to proceed with haste to ensure no elements of the evil regime who supports such barbarism acts around the world are able to escape justice.

So as we end tonight's news broadcast we wish to wish our men and women serving overseas well and hope they return safely soon. 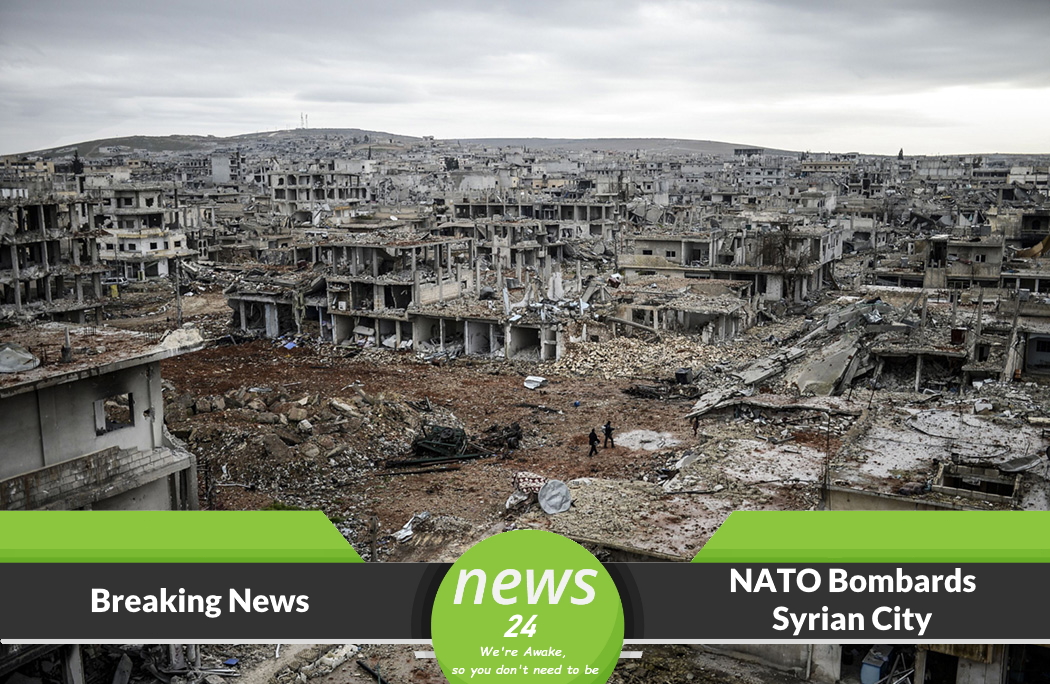 The sun is rising in Syria and we have reports coming in that overnight NATO operations south of Damascus have taken a somewhat sinister turn with US Army forces employing extensive heavy artillery assets into a known civilian populated area. Counts of the casualties are ongoing but early estimates indicate dozens if not hundreds of civilians have been wounded or killed. Raging gun battles between Syrian and US Army forces in the vicinity have also been reported. There are further reports of civilians in the area taking to the streets in both mass movements, however it is unknown whether this is a migration of refugees or protesters against NATO operations.

Serious questions are being asked about how close NATO forces are to operational victory in Syria if heavy assets are still being used indiscriminately on populated urban centers.