French advancing in Battle of Agincourt, 1415. Froissart writes that English cannon made "two or three discharges on the Genoese", which is taken to mean individual shots by two or three guns because of the time necessary to reload such early, simple artillery.These were believed to shoot large arrows and primitive grapeshot. The Florentine Giovanni Villani, agreed that they were destructive on the field, although he also indicated that the guns continued to fire upon French cavalry later in the battle:

The English guns cast iron balls by means of fire...They made a noise like thunder and caused much loss in men and horses... The Genoese were continually hit by the archers and the gunners... [by the end of the battle], the whole plain was covered by men struck down by arrows and cannon balls.

With the crossbowmen neutralized, the French cavalry charged again in organized rows. However, the slight slope and man-made obstacles disrupted the charge. At the same time, the longbowmen continued shooting volleys of arrows upon the knights. Each time, more men fell, blocking successive waves of advance. The French attack fought bravely but could not break the English formation, and after several attempts, they had suffered many casualties. Edward III's son, the Black Prince, came under attack, but his father refused to send help, saying that he wanted him to "win his spurs". The prince subsequently proved himself to be an outstanding soldier. Philip himself was wounded, and at nightfall, ordered the French to retreat.

Rule 3. Sow panic and confusion in thy enemy. And the field is yours.
Last edited by a moderator: Oct 18, 2013

Re:Crecy. The French also didnt read their Sun Tzu . The french infantry never made it to the battle and the Knights decided to go it alone. I am an avid reader of the 100 years war series by Jonathan Sumption. 3 fat books so far and Joan of Arc hasnt even been mentioned so far .

I will be opening a castle section... I love the architecture, the history behind the buildings... so many tales and history changing events have happened at castles.

Bootie said:
I will be opening a castle section... I love the architecture, the history behind the buildings... so many tales and history changing events have happened at castles.
Click to expand...

I will help in any way possible. -

Re sieges, especially in the 100 years war, the bigger the castle or town the better, because besieging big places required bigger armies that usually ran out of food much faster than the besieged. Thats why the English never seriously attacked Paris.
Last edited: Oct 26, 2013

Screen shot of the 2000 year old Roman wreck in 2000m of water in Black Sea discovered in the year 2017.
Is about Roman ship lying in over 2,000 meters of water, with its mast still standing, both quarter rudders with their tillers still attached and the yards lying on deck where they fell. Rope is still draped over the frames due to the extraordinary preservation of organic materials in the Black Sea’s anoxic conditions. 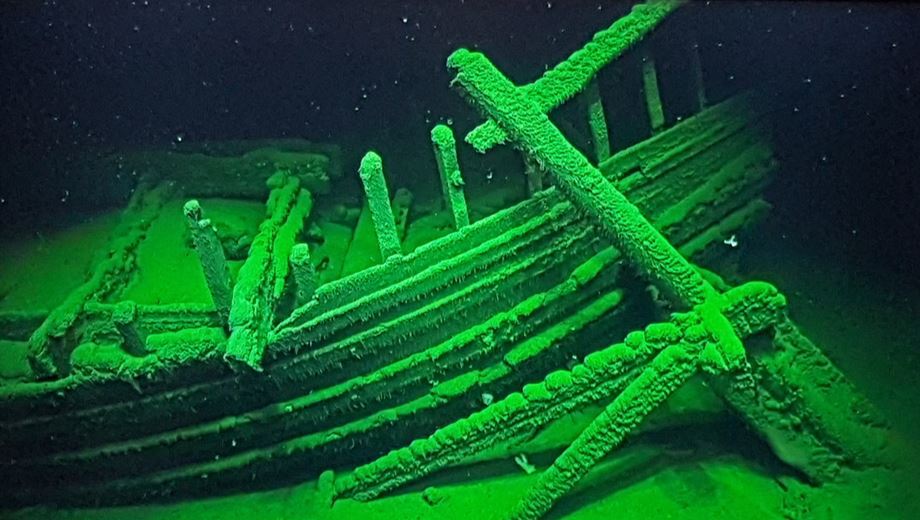 I like cutaway pics like these. I don't think it's a medieval castle though. Built in the 17th Century according to the Wiki...

@steve I love his motorcycle.

Louis said:
@steve I love his motorcycle.
Click to expand...

Hi Louis,
That was Yahama 125cc scooter.......I rented it for four days and covered over 300km's on it with my wife on the back - we had a great time on some great roads in Portugal.


Travel is in my blood, all down to my childhood when I was lucky enough to go all over the place whilst my dad was in the army.

This year we are off for a week to Mojacar in Spain, and later another two weeks in Portugal.

Next year we are going back to Canada for a fortnight - that country is so beautiful and vast - we love it there.

We visited here on our grand tour of Normandy...

The Château de Falaise is a castle located in the south of the commune of Falaise ("cliff" in French) in the département of Calvados, in the region of Normandy, France. William the Conqueror, the son of Duke Robert of Normandy, was born at an earlier castle on the same site in about 1028. William went on to conquer England and become king, and possession of the castle descended through his heirs until the 13th century when it was captured by King Philip II of France.

Possession of the castle changed hands several times during the Hundred Years' War. The castle was abandoned during the 17th century. Since 1840 it has been protected as a monument historique.