The Messerschmitt Bf109 was a single engined monoplane fighter used by the German Luftwaffe throughout the Second World War and by other nations after it. The type holds the record for the most ever produced fighter plane in history.

The first four production versions were powered by the Jumo 210 engine. The bf109 A was armed with two MG 17 7.92mm machine guns mounted in the engine cowling and a single MG17 firing through the propeller boss. The bf109C had a strengthened wing that mounted two MG17's as well as two in the cowl. The final model of the bf109D was armed with two MG17's in the engine cowl and two MG FF 20 mm canon in the wings. There were around 235 bf109D's available during the beginning of the Polish campaign, most of which were withdrawn and replaced by the bf109E.

E ("Emil")
The E type entered production in 1938 the main difference being the Daimler-Benz DB601 engine rated at 300hp (223kW). The armament consisted of two MG17's in the cowl and two 20mm MG FF canon in the wings. The 'Emil' was the main single seat fighter used by the Luftwaffe in the Battle Of Britain. The early models suffered from a short range but by August 1940 the E-7 was entering service, which could mount an external 80 (30l) galleon drop-tank on a rack under the fuselage that extended the range from 410 miles (660km) to 820 miles (1,320km). Alternatively a bomb could be mounted for ground attack operations.


F ("Friedrich")
Development on the bf109F started during 1939. The aircraft had a new look incorporating significant changes to improve aerodynamic efficiency. The wings were altered and featured rounded tips in place of the squared off ones on the E. The engine was the more powerful Daimler-Benz DB601E.
Pilots considered the bf109F to be the best handling of the series, though some thought the new armament of two cowl mounted MG17's and one 20 mm MG FF/M firing through the propeller hub to be too light. The bf109F entered service around October 1940 at the end of the Battle of Britain.

G ("Gustav")
The bf109G was produced from around February 1942. Outwardly it looked very similar to the F series and differed only in detail. Later variants had two blisters on the cowl to facilitate installation of 0.51" (13mm) MG131 machine guns in the cowl. Improvements to the undercarriage resulted in two teardrop blisters on the upper wing.
Towards the end of 1943 a new clear-view canopy replace the heavy welded two piece canopy. The final variant were capable of a top speed of 353 mph (568 kph) at sea level, and 413 mph (665 kph ) at 16,400 ft (5,000 m) using a water injection power boost.

Showing of one BF-109 to attract people to buy war bonds tickets. 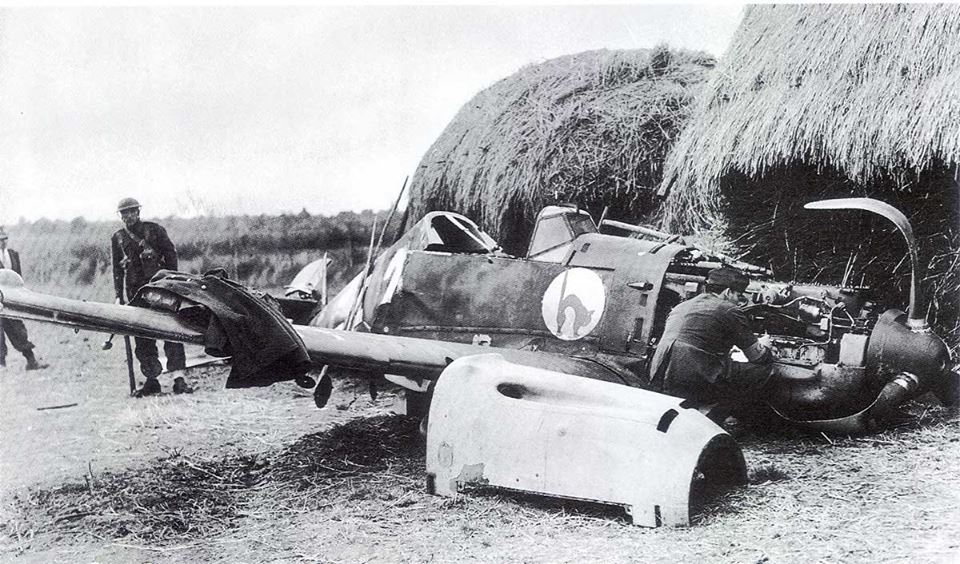 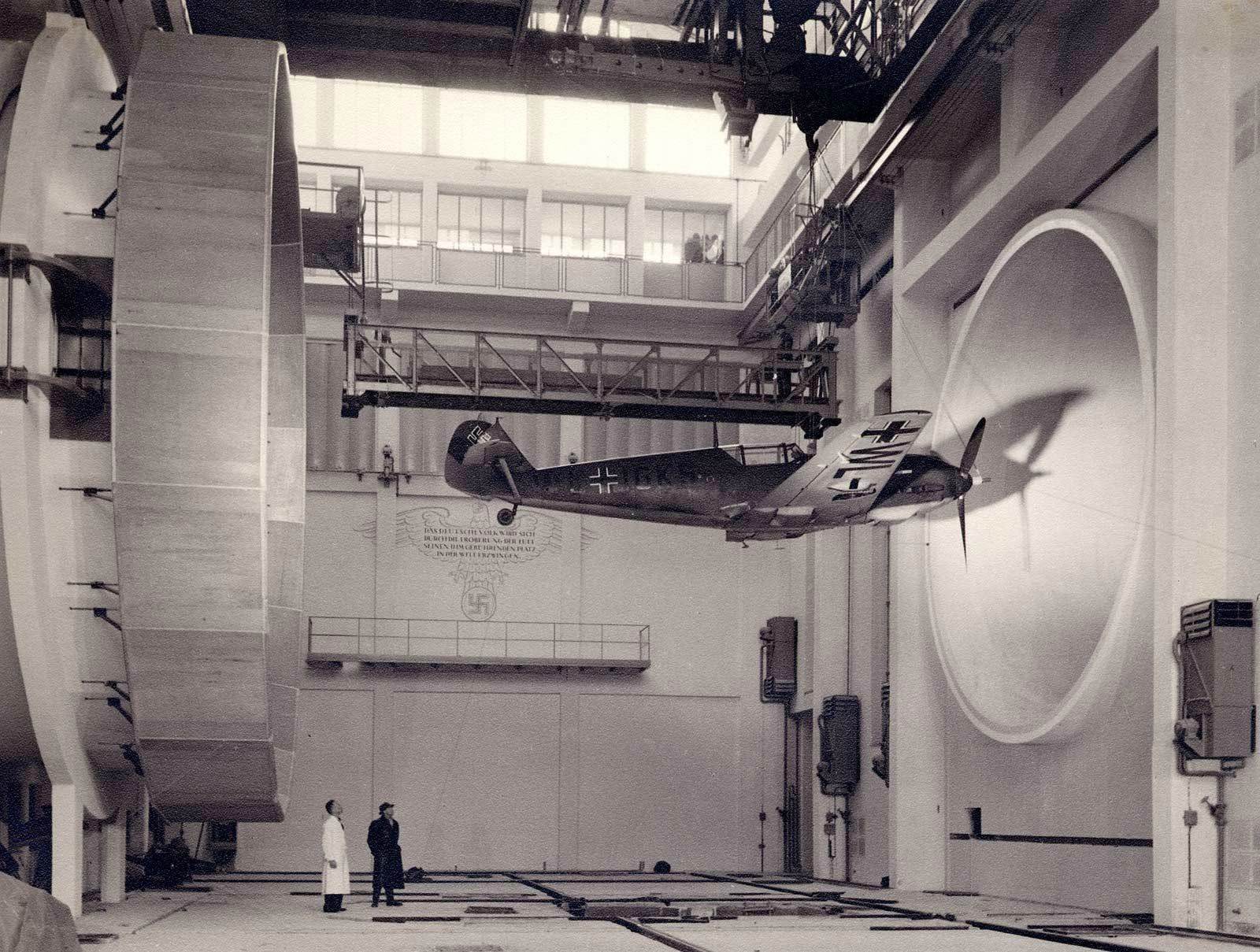 This Messerschmitt 109 (airplane that was saved during the Battle of Britain) is seen at the Royal Aircraft Establishment, Farnborough, where it underwent repairs and was test flown by the RAF in British camouflage and marking, although it ultimately crashed near Fowlmere, Cambridgeshire whilst being tested, which resulted in the death of its Polish pilot. It was thought that the cause of the fatal crash was carbon monoxide poisoning caused by leakage into the cockpit of exhaust gasses. 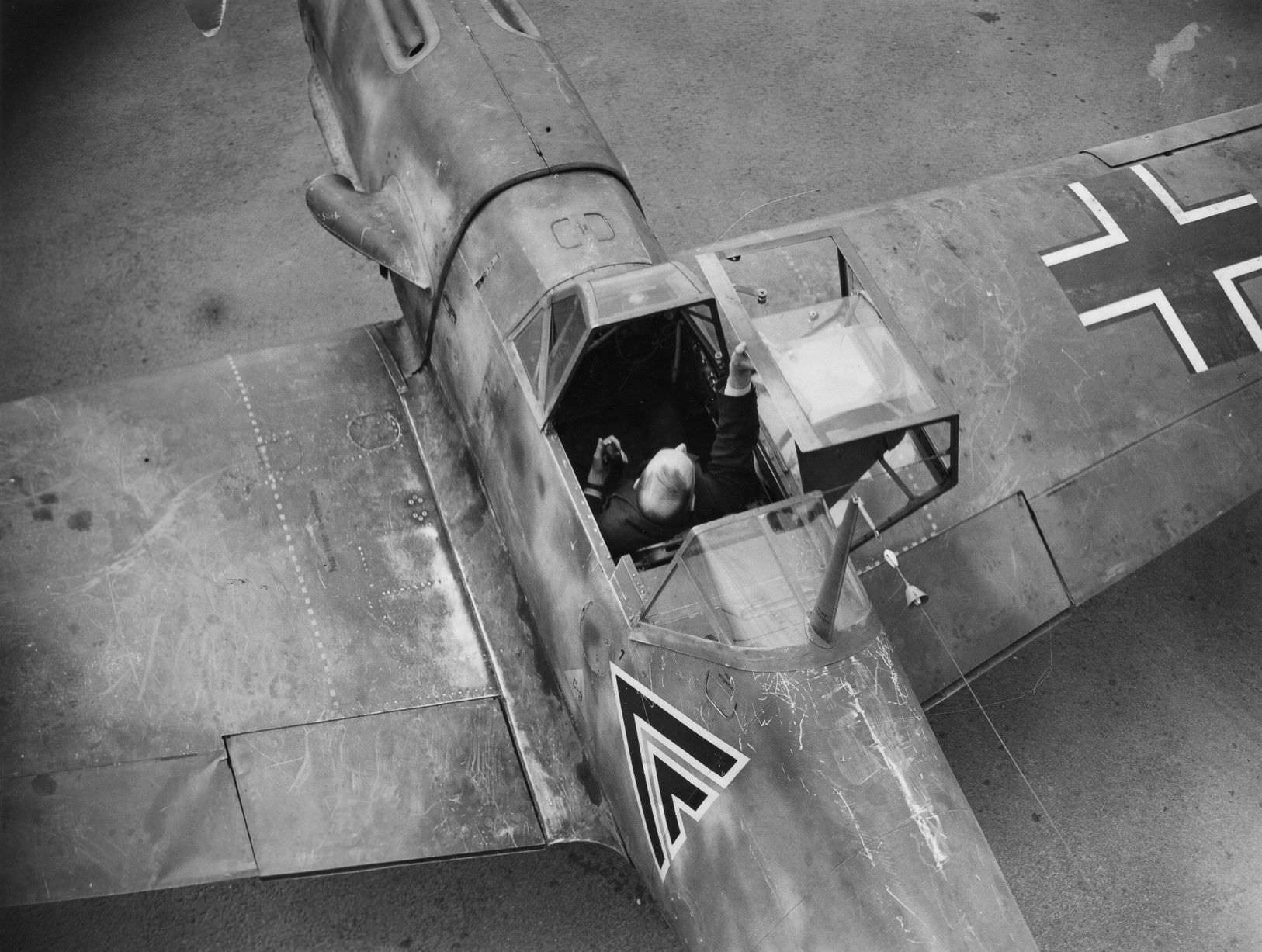 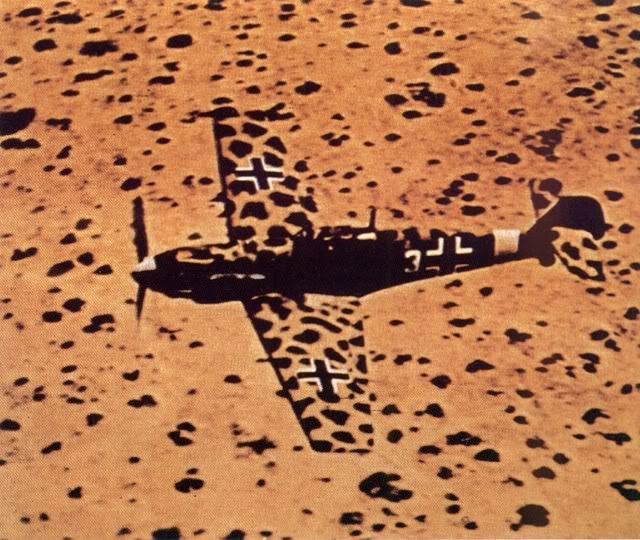 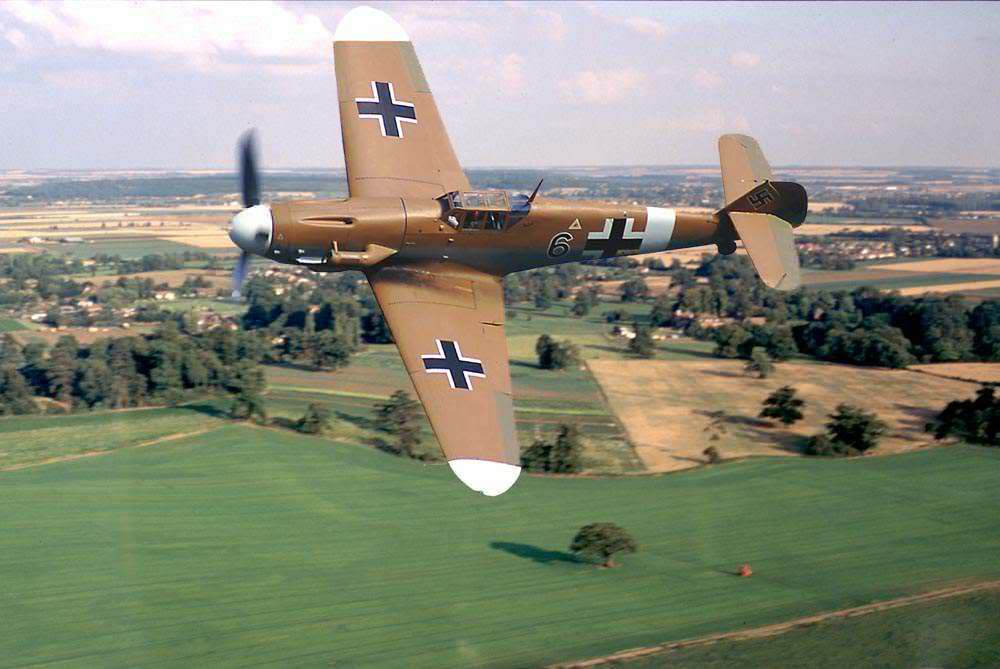 First was studied and flown by the French and then given to the British in May 1940. It was promptly ferried to Boscombe Down, England on 3 May 1940, and assigned to Royal Aircraft Establishment Farnborough on 14 May, where it was flown and tested extensively. In 1942 it was transferred to the USAF and on 7 April 1942 it was shipped to the USA on board the SS Drammesfjord, consigned to Wright Field, Dayton, Ohio. It arrived there on 14 May 1942, but was damaged beyond repair in a forced landing at Cambridge, Ohio, on 3 Nov 1942.

Shot down during Battle of Stalingrad. 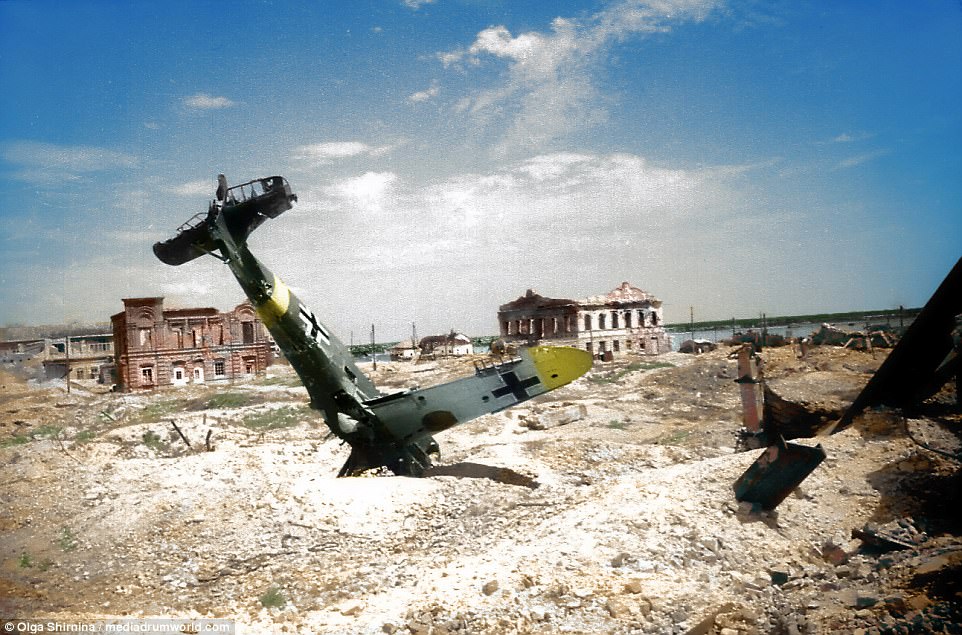 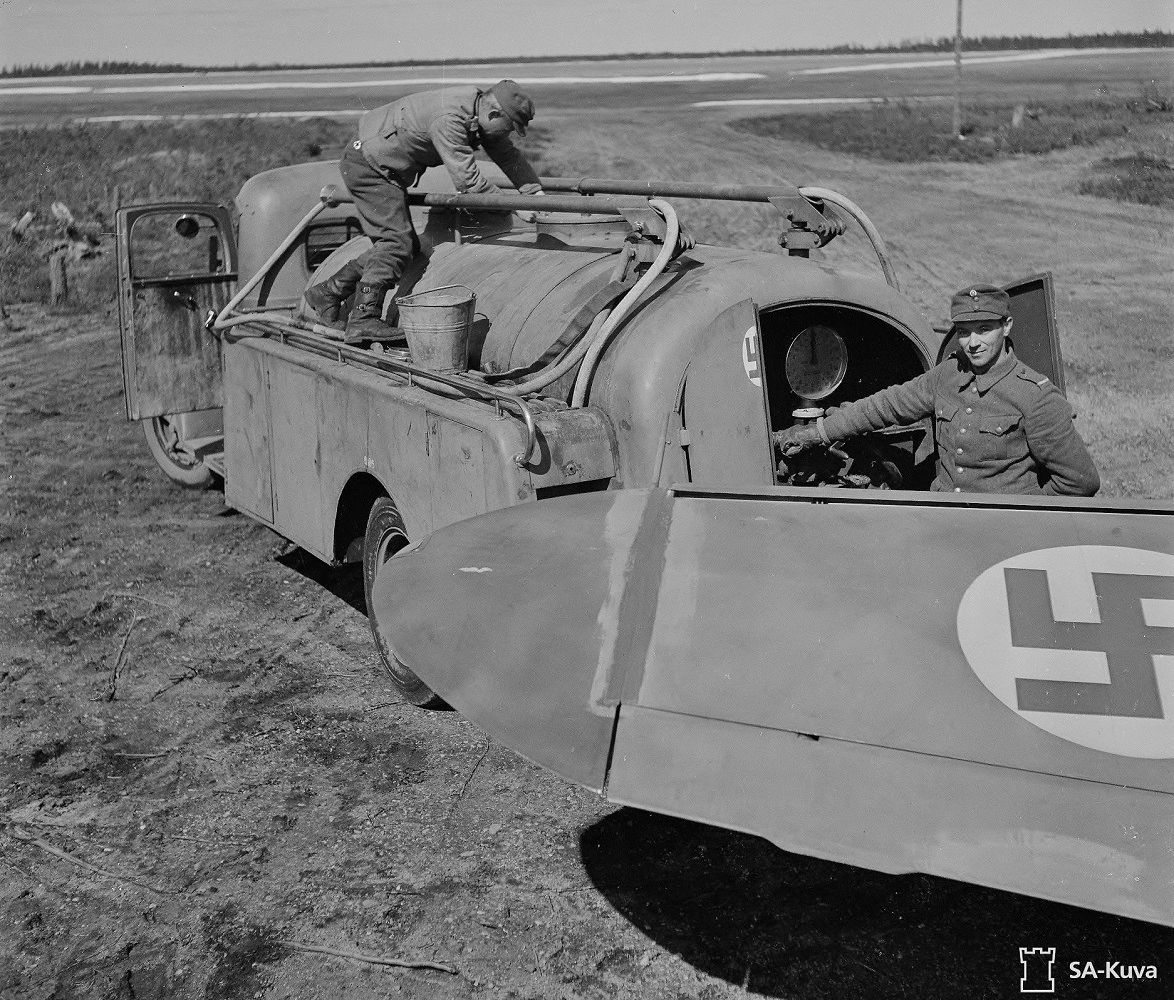 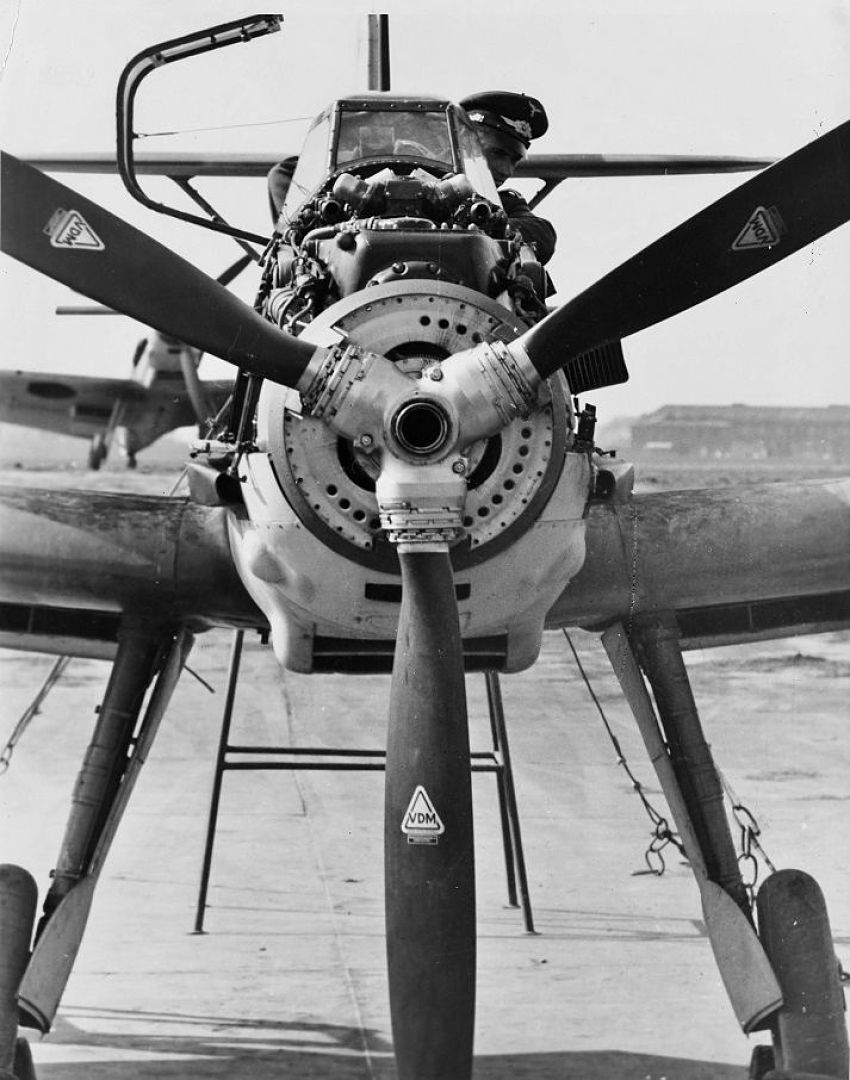 Inspecting the holes of Bf 109E-1 named "Red 14", which crash-landed in a wheatfield at Mays Farm, Selmeston, near Lewes in Sussex, 12 Aug 1940. Its pilot, Unteroffizier Leo Zaunbrecher, was captured. 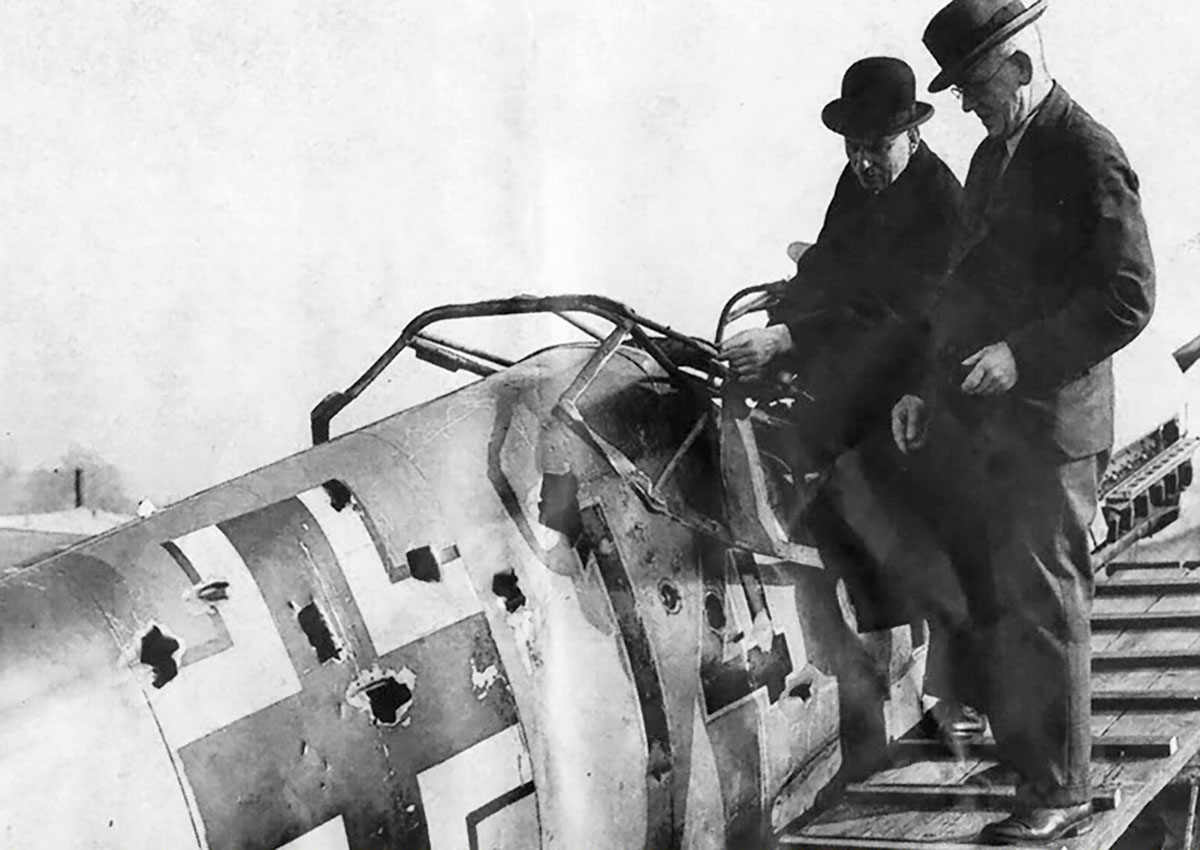 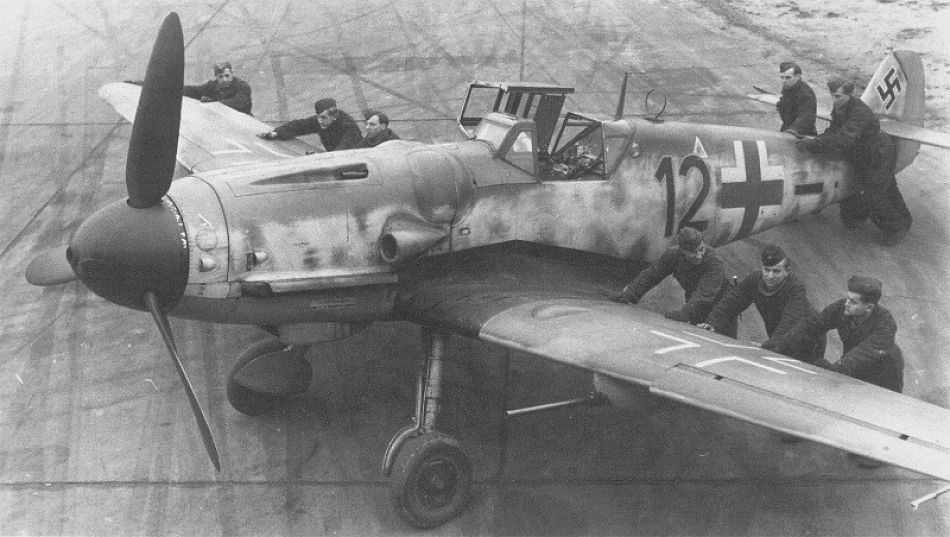 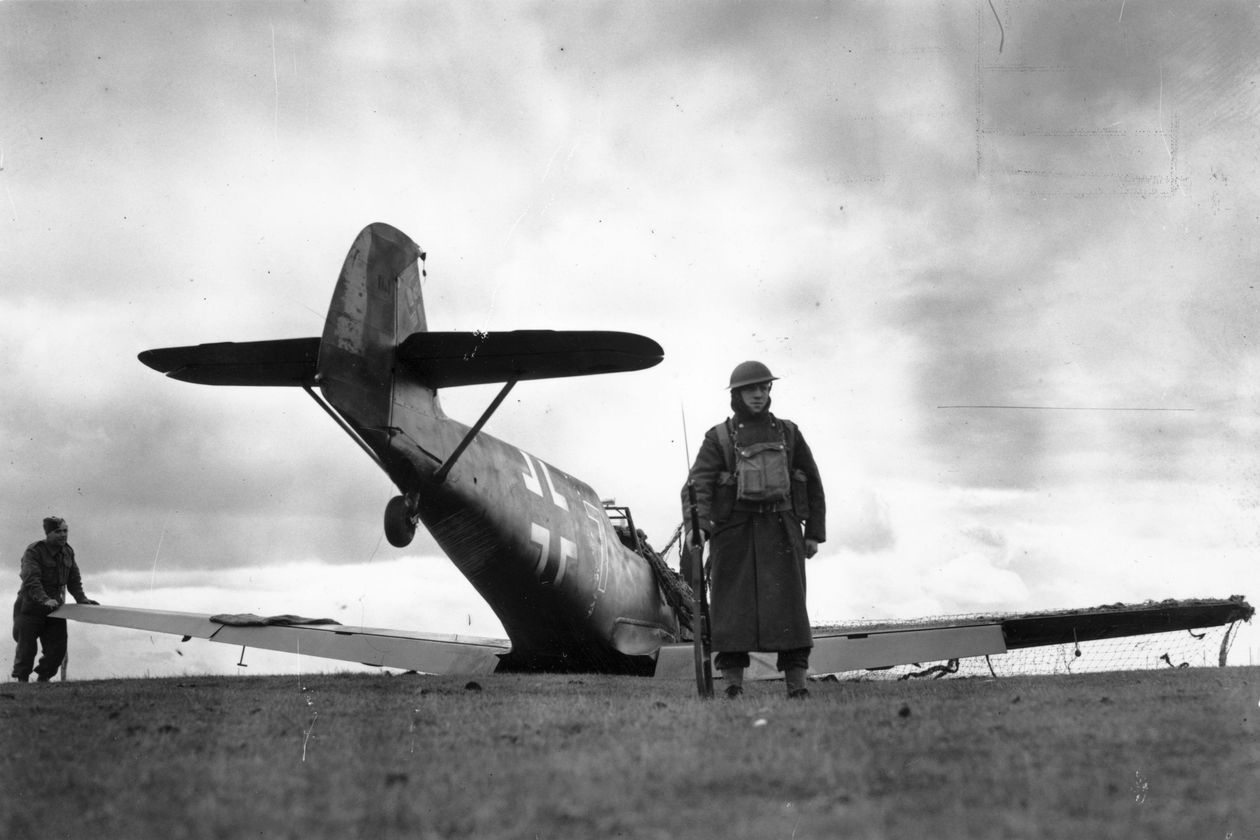