The Messerschmitt Bf110 originated from the drawing boards in 1935 and the first Bf110A flew in May 1936.
It was originally designed as a three seat aircraft, but throughout the war was only to accomodate a crew of two and used as a fighter escort for bomber formations and also used as a light bomber that could also handle missions that required deep penetration into enemy territory. It had a maximum speed of around 290 mph, and a range of 1,070 miles (1720kms) and with heavy armament to suit accomplished its task satisfactory. The Bf110A was powered by the carburetor engined Daimler-Benz DB600, and as a result of delays in parts and power plants gave way to the fitting of Junkers Jumo 210Da engines until the Daimler-Benz factory could supply the DB601 direct fuel injection engines.- 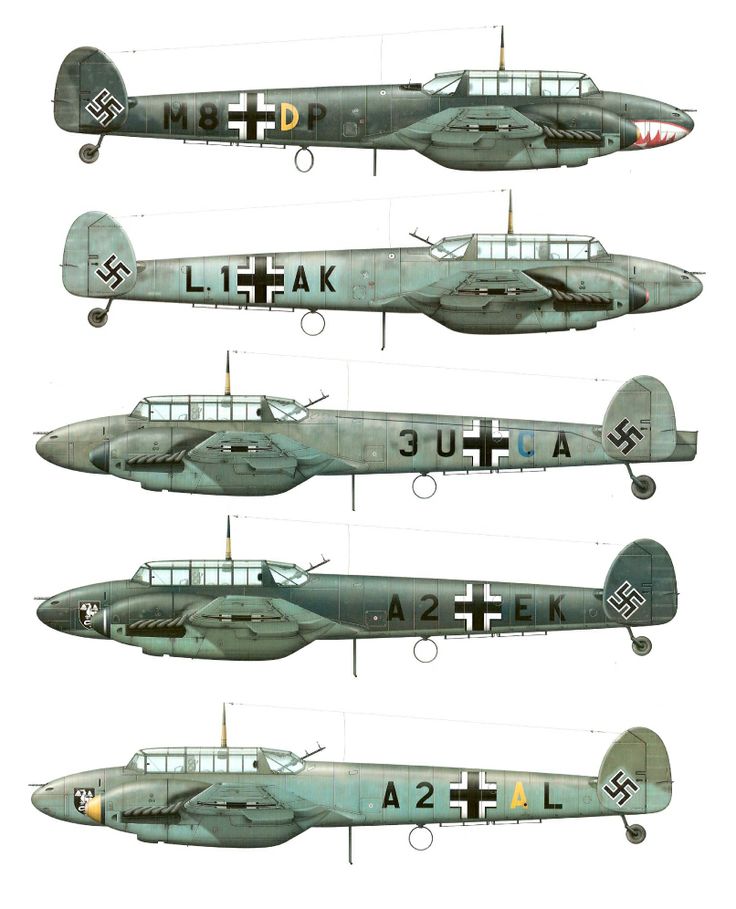 The next variant was the Bf110B-1 introduced in July 1938 and although still powered by the Jumo 210Da engine, the addition of two 20mm MG FF cannon supplemented the four 7.9mm machine guns in the nose and a single 7.9mm machine gun at the rear of the long cockpit. Some of the aircraft had the cannons removed and cameras installed, and with less than fifty aircraft built, most were to be converted to training duties as Daimler-Benz had promised availability of the new DB601 engine for late 1938.-

The Daimler-Benz 601A engine arrived after nearly eighteen months in time to be incorporated into the Bf110C when delivery was made in January 1939. The first, which was the Bf110C-0 had very few differences to its earlier variant, but in late January-early February the rear machine gun was fitted with a flexible mount and DB601A-1 engines delivering 1,050hp each and was designated as the Bf110C-1. Other variants of the Bf110 were the C-2 which had modified radio equipment, the C-3 which had improved MG FF cannon, the C-4 which had greater protection for the pilot and gunner with the inclusion of armour plating and the C-4B which had improved DB601N power units with each developing 1,200hp giving the Bf110 a top speed of 349 mph.- 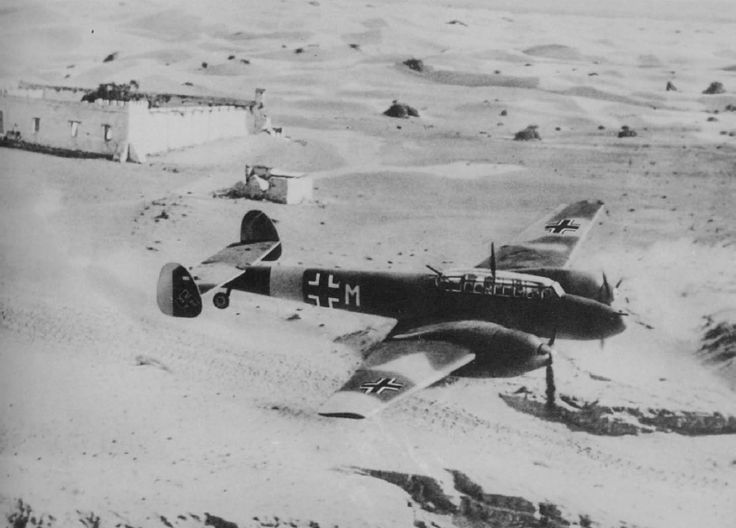 Although it was the Bf110C that most saw service during the Battle of Britain, other variants followed. The Bf110D which had jettisonable wing tanks, a version of this was the U/1 which was designed for night fighting duties and had infra-red sensing equipment. Others were fitted with bomb racks, one variant had a dinghy housing built into the tail, while others were designed for photo reconnaissance. The Bf110G was the last of the series being built in 1945 with a total of some 6,500 Bf110 aircraft being built.-

Straight line top speed of the Bf110 was greater than that of the Hurricane, but it could not outrun the Spitfire. Normal practice was to force the Bf110 into a turn where its slow and wide turning circle was its greatest drawback. Another problem for the Bf110 was from surprise attacks by British fighters, where they became vulnerable because of slow acceleration from cruising to top speed. The Bf110 was to suffer heavily during the Battle of Britain.- 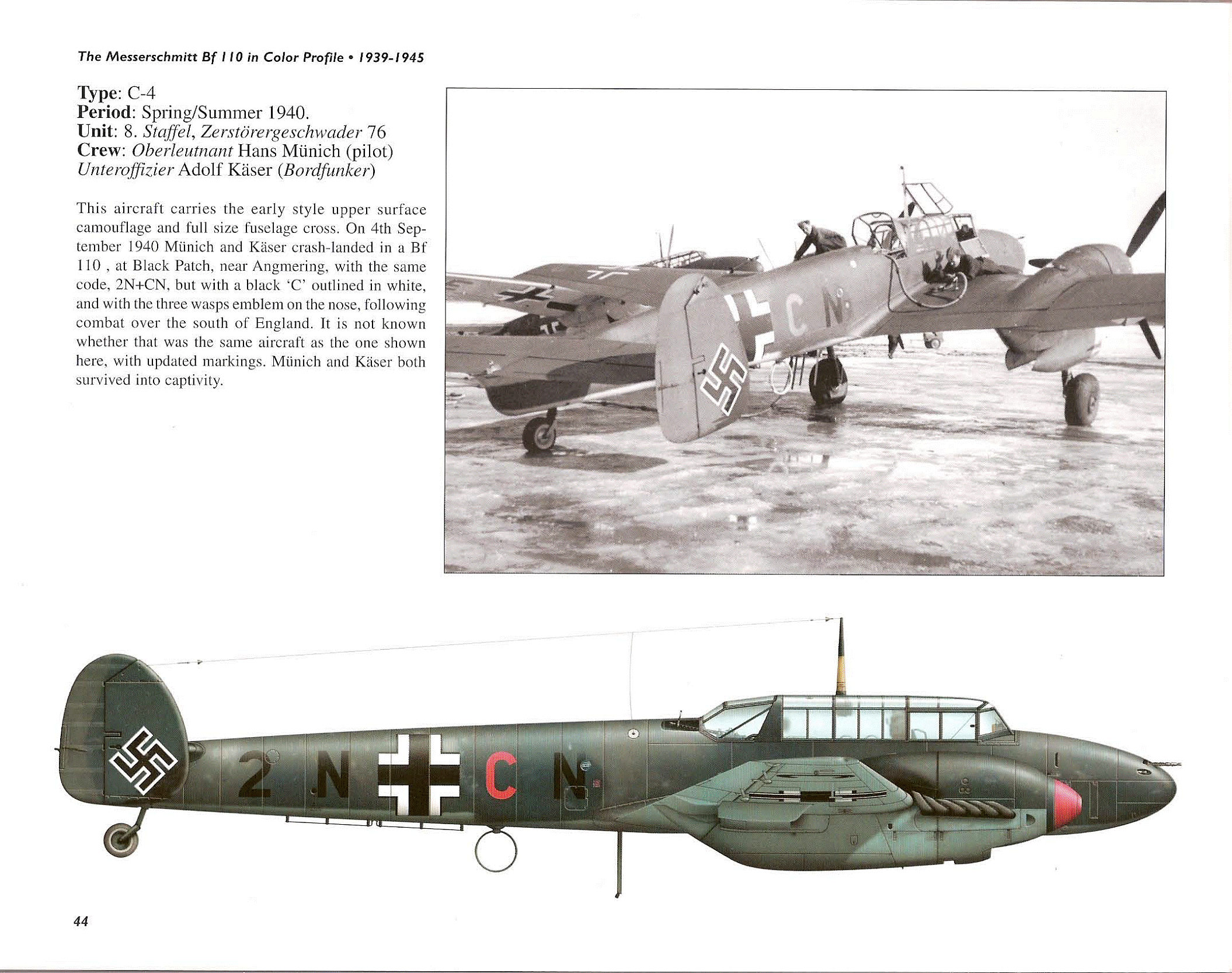 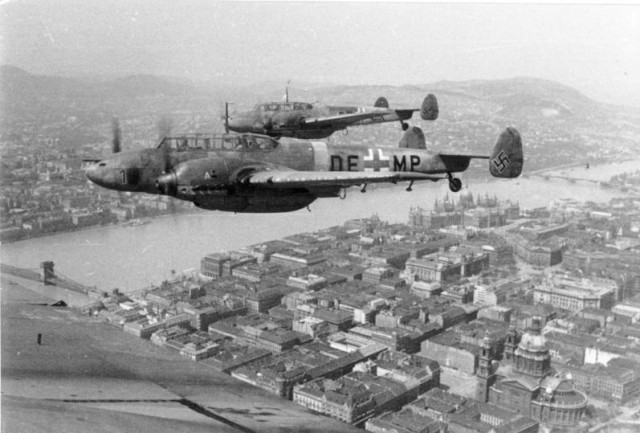 One of my favorite airfix models ... Love the pictures.

Nelson1812 said:
One of my favorite airfix models ... Love the pictures.
Click to expand...

Yeah, one of my first Airfix model kits was a double set with a Spitfire and a Me 110 ... still remember mucking up the Me 110's canopy with glue...LOL

Upon first glance I thought the BF-110 was the cat's pajamas. Didn't understand why it performed so badly as a fighter given its distant similarity to the P-38. Now I do.

Guards by the tomb of famous german opera singer Karl Hammes and his Bf-110. Hammes, a ex-WW1 pilot member of the Richtoffen Jasta 11 he re-joined the Luftwaffe in 1939 and was shot down over Poland on september 6, 1939. 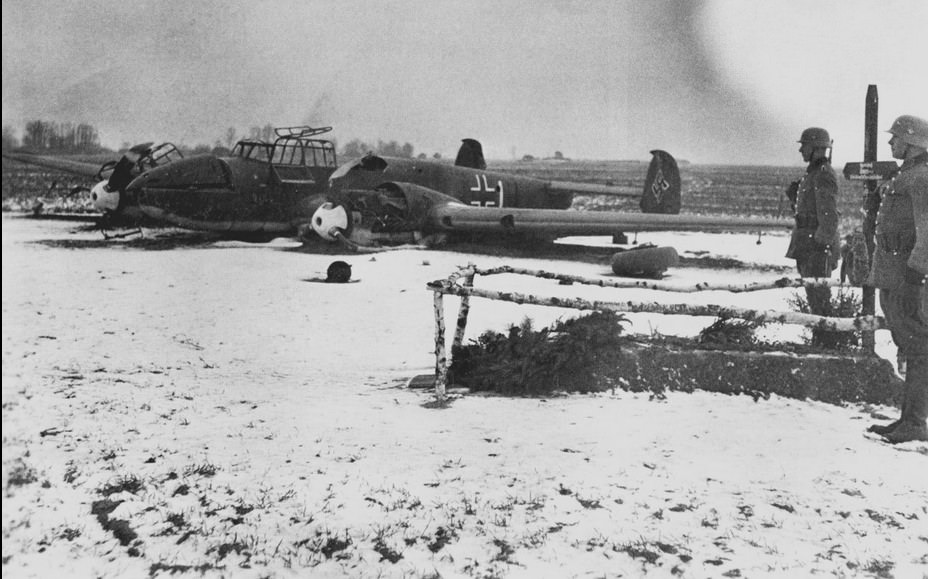 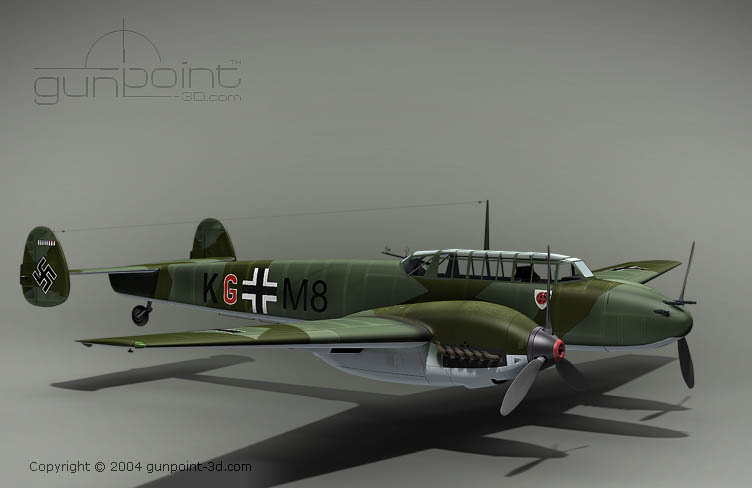 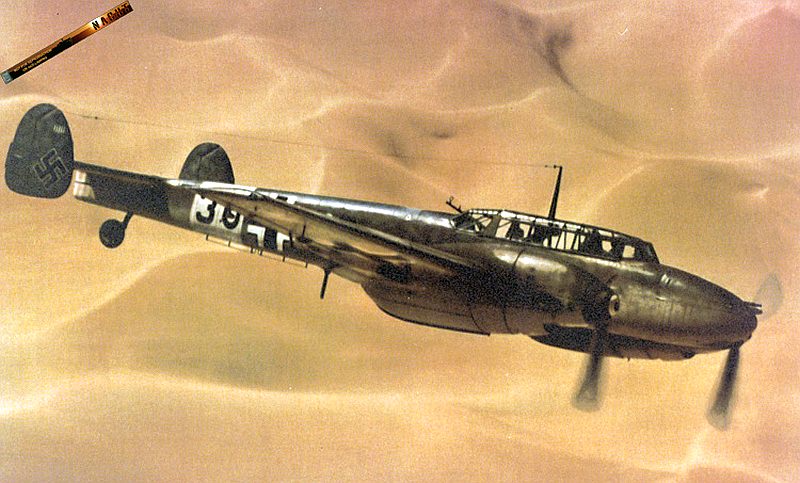 Louis said:
Guards by the tomb of famous german opera singer Karl Hammes and his Bf-110. Hammes, a ex-WW1 pilot member of the Richtoffen Jasta 11 he re-joined the Luftwaffe in 1939 and was shot down over Poland on september 6, 1939.

Maybe he didn't know about how AA advanced. 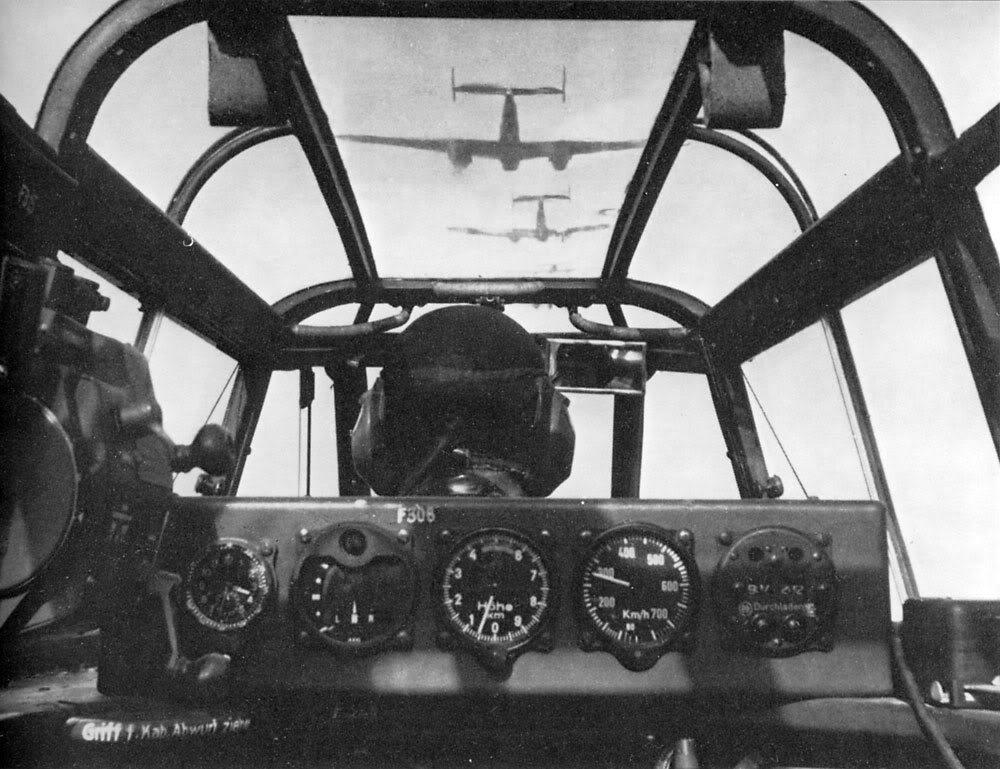 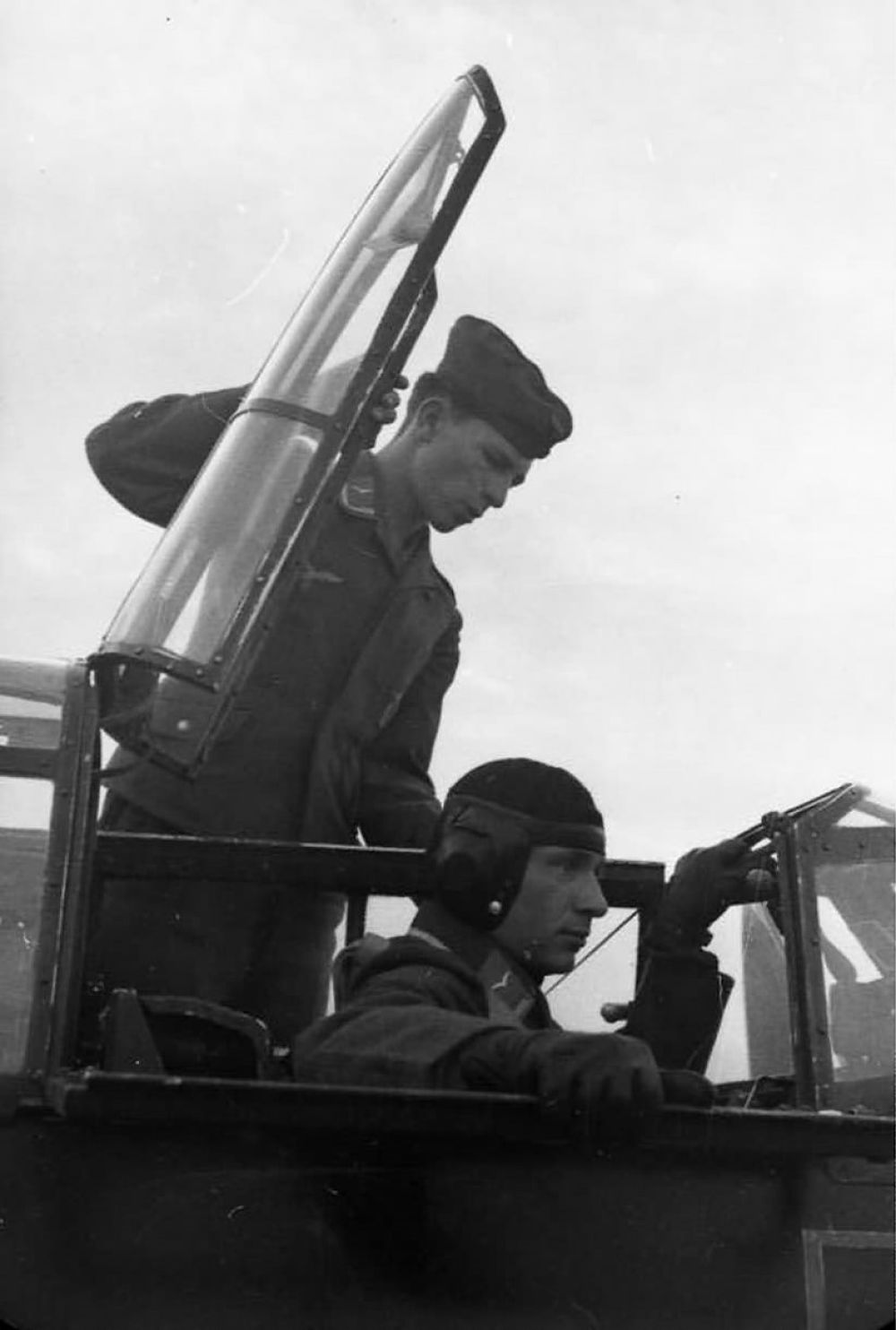