The Fuerza Aerea Expedicionaria Mexicana (FAEM; translates as Mexican Expeditionary Air Force) was a military aviation unit which represented Mexico on the Allied side during World War Two.

The name covered all pilots, mechanics, armourers and other personnel who were trained in the United States from July 1944 onwards to take part in the conflict - the unit was previously known as the Grupo de Perfeccionamiento de AeronÃ¡utica or Aeronautical Training Group.

They sailed out of San Francisco in the US Navy transport ship Fairisle on 27 March, to aid other Allied forces in the liberation of the Japanese-occupied Philippines. Arrived in Manila on 30 April 1945.-

FAEM's operational element, Squadron 201, commanded by 1Â° P.A. Radamas Gaxiola Andrade, led 59 combat missions over Luzon and Formosa, of which 50 were deemed successful, making an efficiency of 85%, dropping 252 bombs totalling 1,000 pounds and firing 138,652 rounds of .50 calibre, with only 5 of its pilots killed - a high efficiency since it was only in action from June to August 1945. (wikipedia)

Staff Sergeant Marcario Garcia (1920-1972) born in Villa de Castaño, Mexico, was the first Mexican to receive the Medal of Honor, the United States' highest military decoration. He received the award for his heroic actions as a soldier during WW2. “For travel to Tokyo and Hirohito. With love. From the F.A.E.M.,” (referring to the Mexican Expeditionary Air Force). 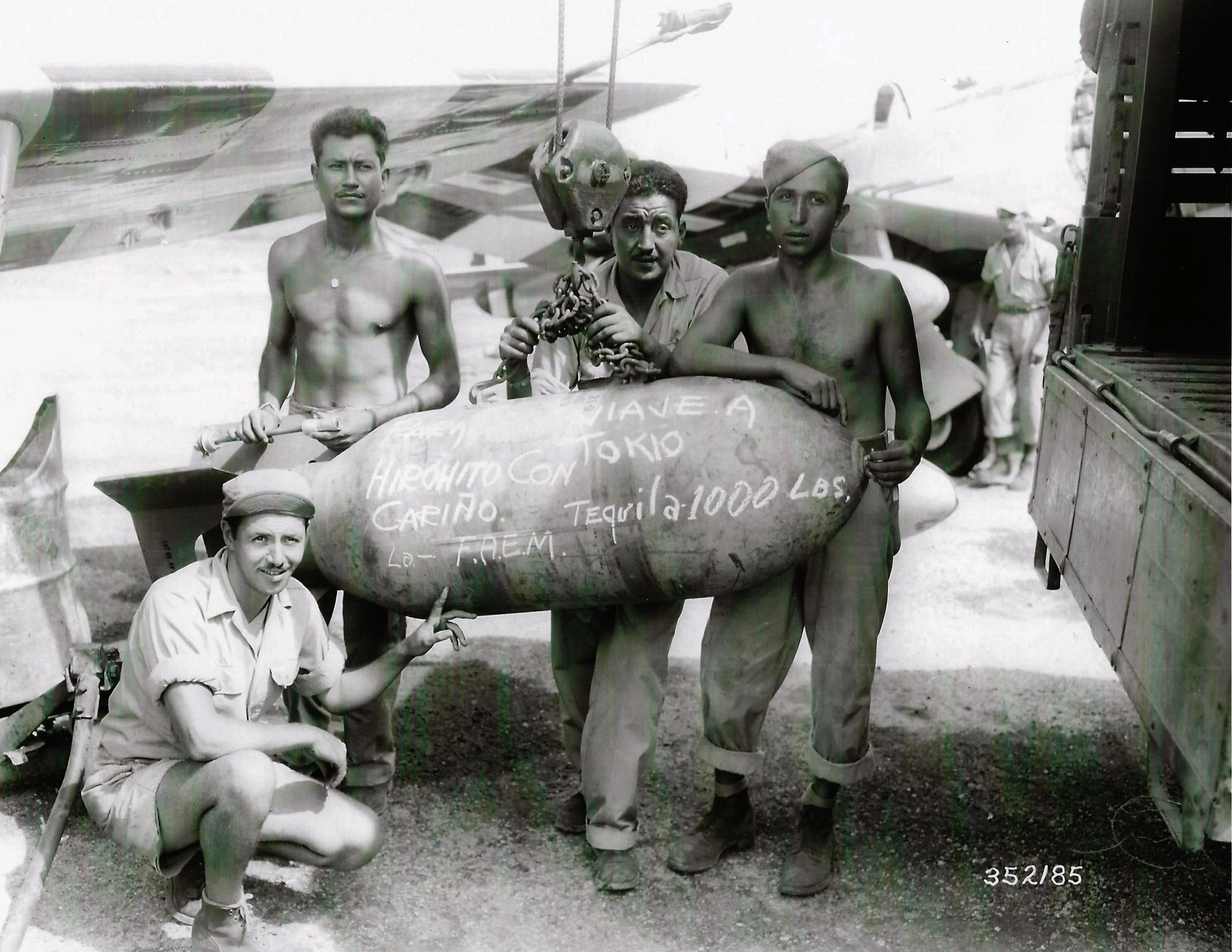