The Maschinengewehr 34, or MG34, was a German machine gun first issued in 1934, considered by many to be the first modern general-purpose machine gun. It was used as the primary infantry machine gun during the 1930s, and remained as the primary tank and aircraft defensive weapon. It was intended that it would be replaced in infantry service by the related MG42, but there were never enough of the new design to go around, and MG34s soldiered on in all roles until the end of World War II.
The MG34 was designed primarily by Heinrich Vollmer from Mauser Werke, based on the recently introduced Rheinmetall designed Solothurn 1930 (MG30) that was starting to enter service in Switzerland. The principle changes were to move the feed mechanism to a more convienient location on the left of the breech, and the addition of a shroud around the barrel. Changes to the operating mechanism improved the rate of fire to between 800 and 900 RPM.
The MG34 could use both magazine-fed and belt-fed 7.92mm ammunition. Belts were supplied in 50-round single strips or 250-round boxes. The drums held either 50 rounds in the standard version, or 75 in the "double drum" version. Early guns had to be modified to use the drums by replacing a part on the gun, but this modification was later supplied from the factory.
In the light machine gun role it was used with a bipod and weighed only 12.1 kg, considerably less than other machine guns of the era. In the medium machine gun role it could be mounted on one of two tripods, a smaller one weighing 6.75 kg, the larger 23.6 kg. The larger included a number of features making it useful for a number of roles. The legs could be extended to allow it to be used in the anti-aircraft role (and many were), and when lowered it could be placed to allow the gun to be fired "remotely" while it swept an arc in front of the mounting with fire, or aimed through a periscope attached to the tripod.
The new gun was accepted for service almost immediately and was generally liked by the troops. It was used to great effect by German soldiers assisting the fascists in the Spanish Civil War. At the time it was considerably more advanced than guns being used by other forces (with the exception of the MG30), both in terms of rate of fire, and in being easily man portable by a single gunner. However the MG34 was also very expensive, both in terms of construction and the raw materials needed (49 kg of steel) and it was unable to be built in the sorts of numbers required for the ever expanding German army. It also proved to be rather tempermental, jamming easily when dirty.
By the late 1930s an effort had started to simplify the MG34, leading to the MG42. The MG42's square barrel cover made it unsuitable for use in tank cupolas however, and the MG34 remained in production until the end of the war for this role.
The MG34 was also used as the basis of a new aircraft gun, the MG81. For this role the breech was slighly modified to allow feeds from either side, and in one version two guns were bolted together on a single trigger to form a weapon known as the MG81Z (for zwillig, twin in German). Production of the MG34 was never enough to satisfy any of its users, and while the MG81 was a huge improvement over the earlier MG30-based MG15 and MG17, those guns could be still found in use until the end of the war.

Want to turn your MG34 into a stylin' sniper MG? No problem. Simply attach a captured Russian PE/PEM scope to your top cover! The MG34 wagon of death, brought to you by those clever Russians. 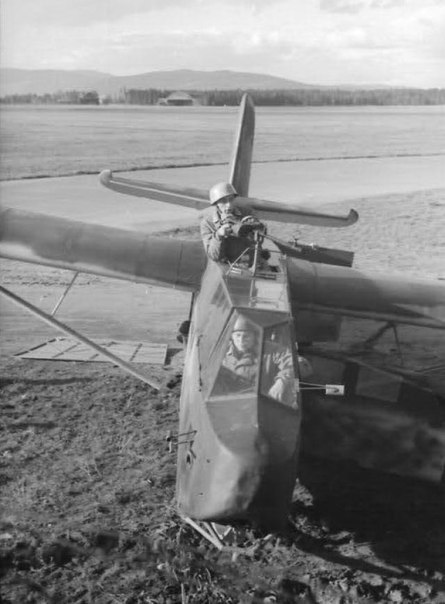 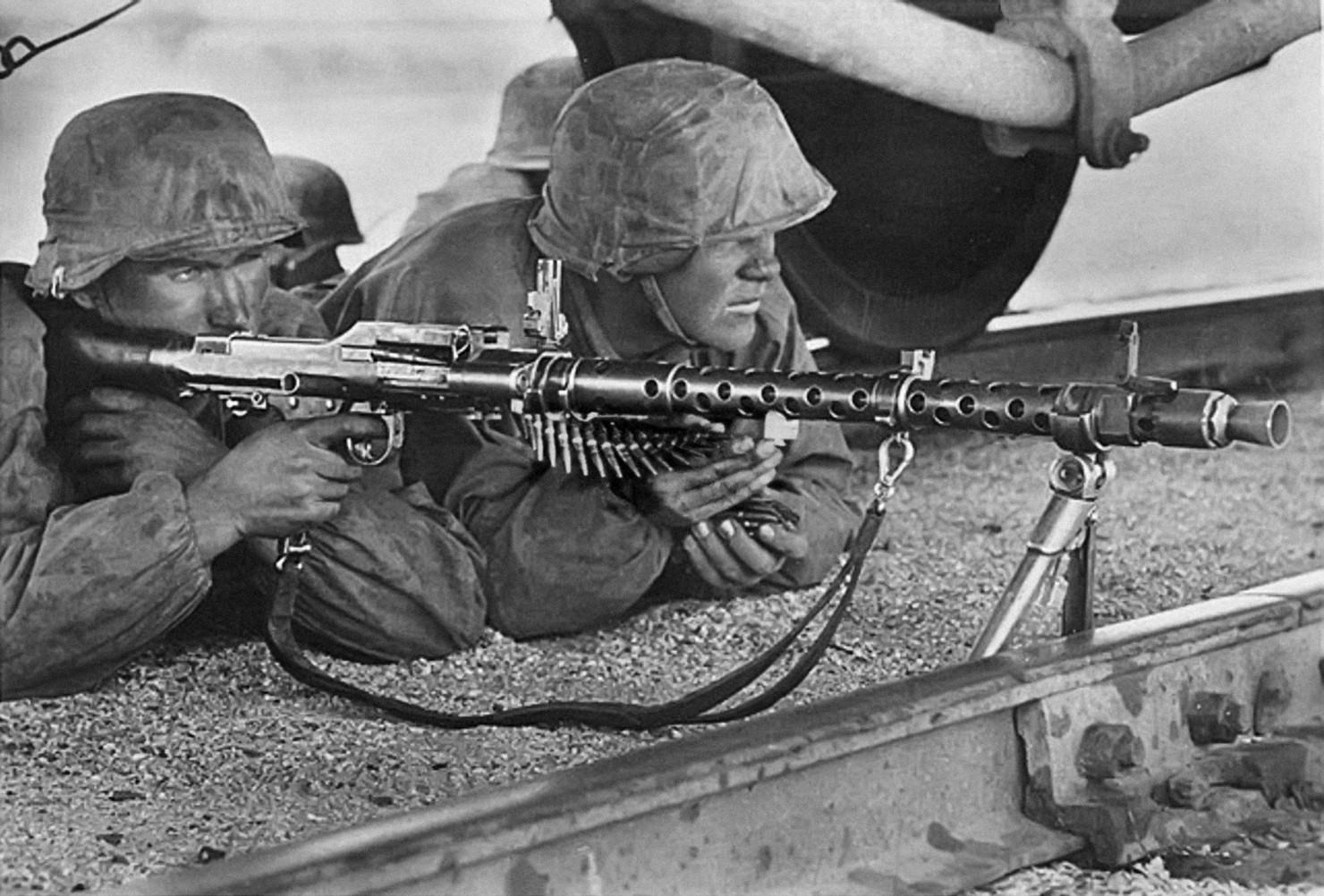 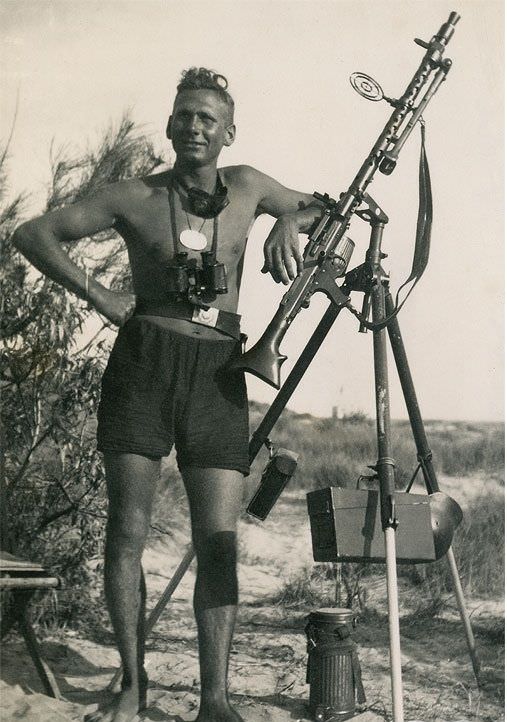 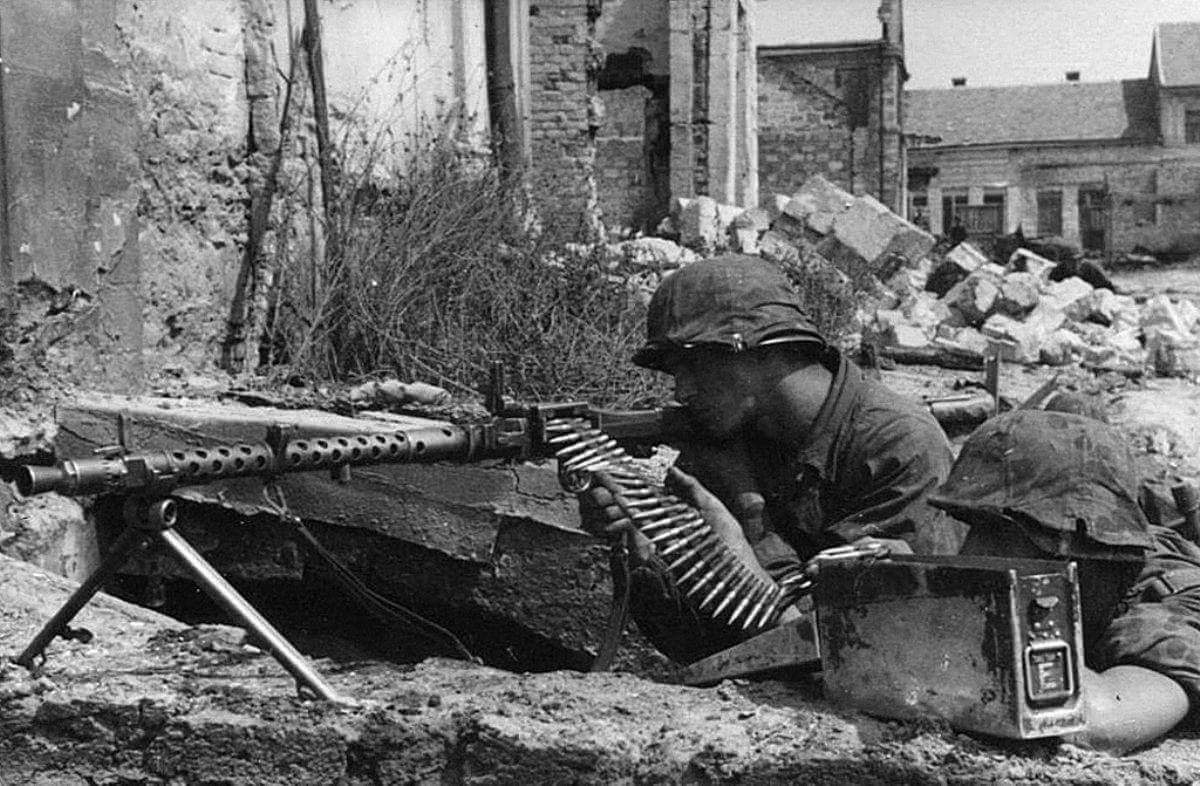 Members on a North Vietnamese sail junk take aim with an MG-34. 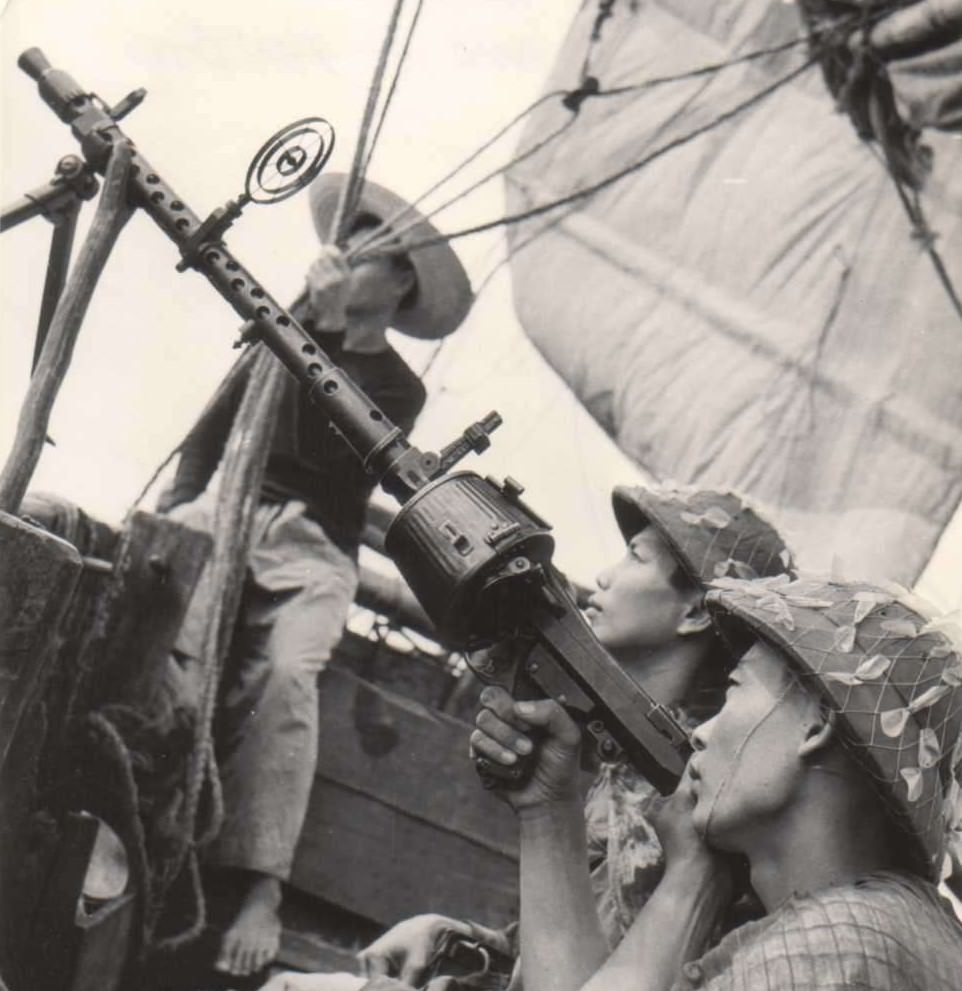