Developed during WW1, the Mills bomb continued to serve as the standard British grenade during the WW2. 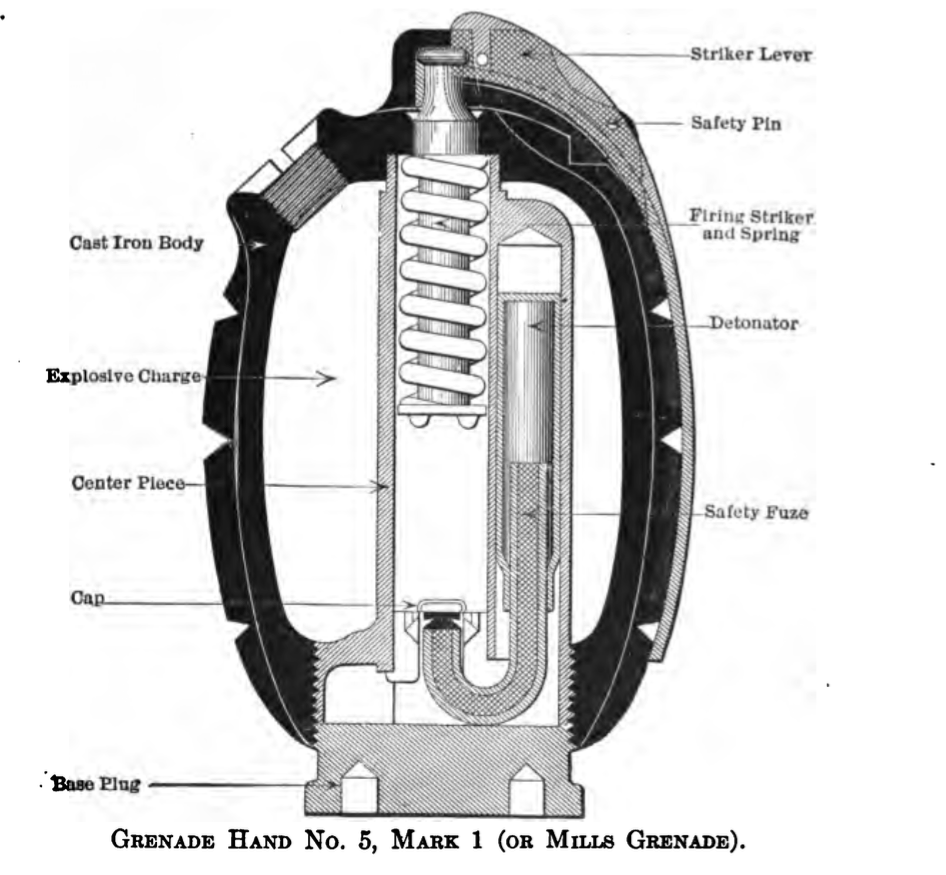 It was made of cast iron deeply serrated to fragment easily. Pulling the grenade’s pin released a lever holding the striker, which in turn ignited the fuse. The Mills bomb was initially set with a seven-second delay which was reduced to four seconds after the fall of France in the spring of 1940, when it was found that seven seconds allowed the Germans enough time to pick up the grenade and throw it back. 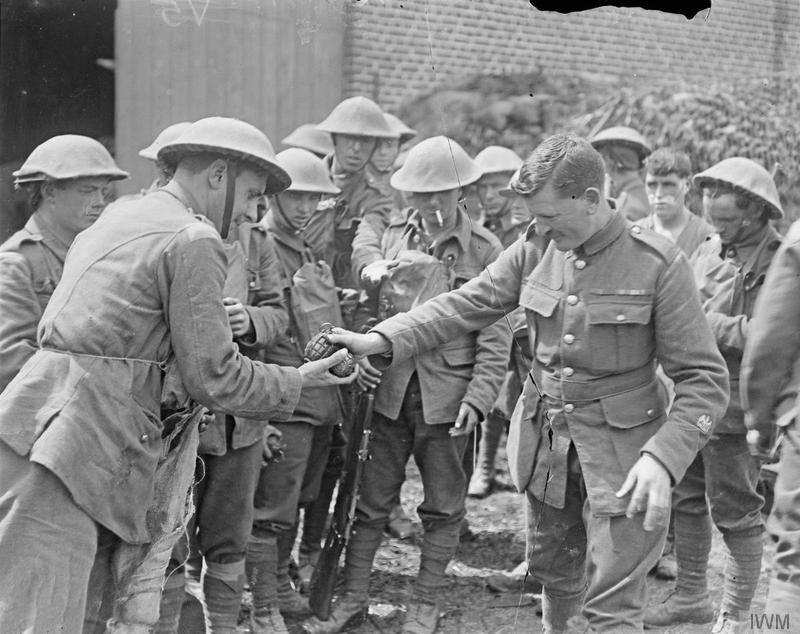 Featuring a distinctive cast iron segmented “pineapple” body, it was usually filled with ammonal, an explosive mixture consisting of TNT, ammonium nitrate and aluminium powder. The Mills bomb could be thrown to about 30 yards' range. 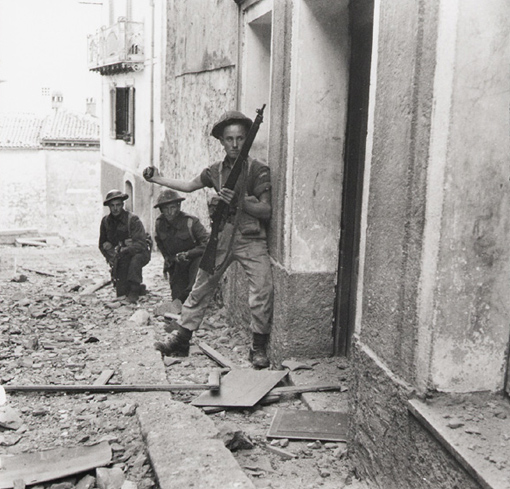 Some detail on the Mill's:

Over 70 million of the British Mills Bomb hand grenades were manufactured from 1915 into 1970.

“The Mills was a classic design; a grooved cast iron "pineapple" with a central striker held by a close hand lever and secured with a pin. According to Mills' notes the casing was grooved to make it easier to grip and not as an aid to fragmentation, and in practice it has been demonstrated that it does not shatter along the segmented lines. The Mills was a defensive grenade: after throwing the user had to take cover immediately. A competent thrower could manage 15 metres (49 feet) with reasonable accuracy, but the grenade could throw lethal fragments farther than this. The British Home Guard were instructed that throwing range of the No. 36 was about 30 yards with a danger area of about 100 yds.”
- https://military.wikia.org/wiki/Mills_bomb
You must log in or register to reply here.
Share:
Facebook Twitter Reddit Pinterest Tumblr WhatsApp Email Share Link
Top Bottom