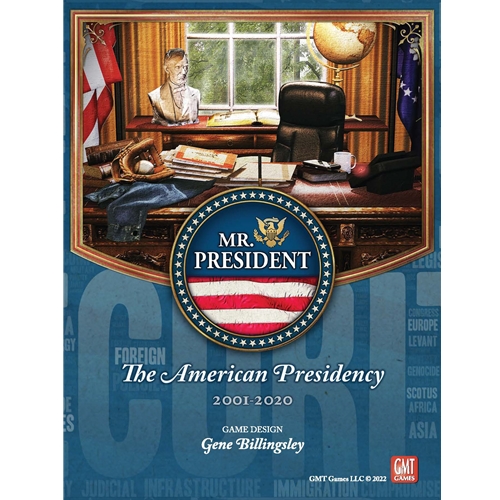 Mr. President is a historical solitaire game about governing as the President of the United States in the early 21st century. It's not an election game. It begins after you've been elected. It's about sitting in The Chair and trying to advance your agenda while navigating ongoing crises, political enemies, public opinion, your relations with Congress and the press, and keeping your country secure in a world of rival nations and agendas that just seems to keep blowing up around you. Mr. President is a resource management game, where you never have enough resources to achieve your entire agenda, and the path you take through an always unpredictable storyline rests on the choices you make. Depending on the results of those choices, and on the unfolding of a "different every game" story, you'll either be thinking "POTUS? Piece of Cake!" or "Why was it that I WANTED this job?" many times in each game.
You must log in or register to reply here.
Share:
Facebook Twitter Reddit Pinterest Tumblr WhatsApp Email Share Link
Top