I've drawn a couple of maps for campaign ideas swirling around in my head.
With the following maps (one winter/ one summer of the same map) where each hex is 500m but CM battle maps can be 1.5km x 1km or bigger, depends on terrain and troop positions.
The idea is to use a system that can be used in any CM, where each campaign is an operation lasting a few hours to a couple of days.

So in essence, the hexes determine within reason where your troops end up in the battlefield.
An OOB will have to be trashed out depending which CM game is been used.

Here are the maps (still a work in progress). 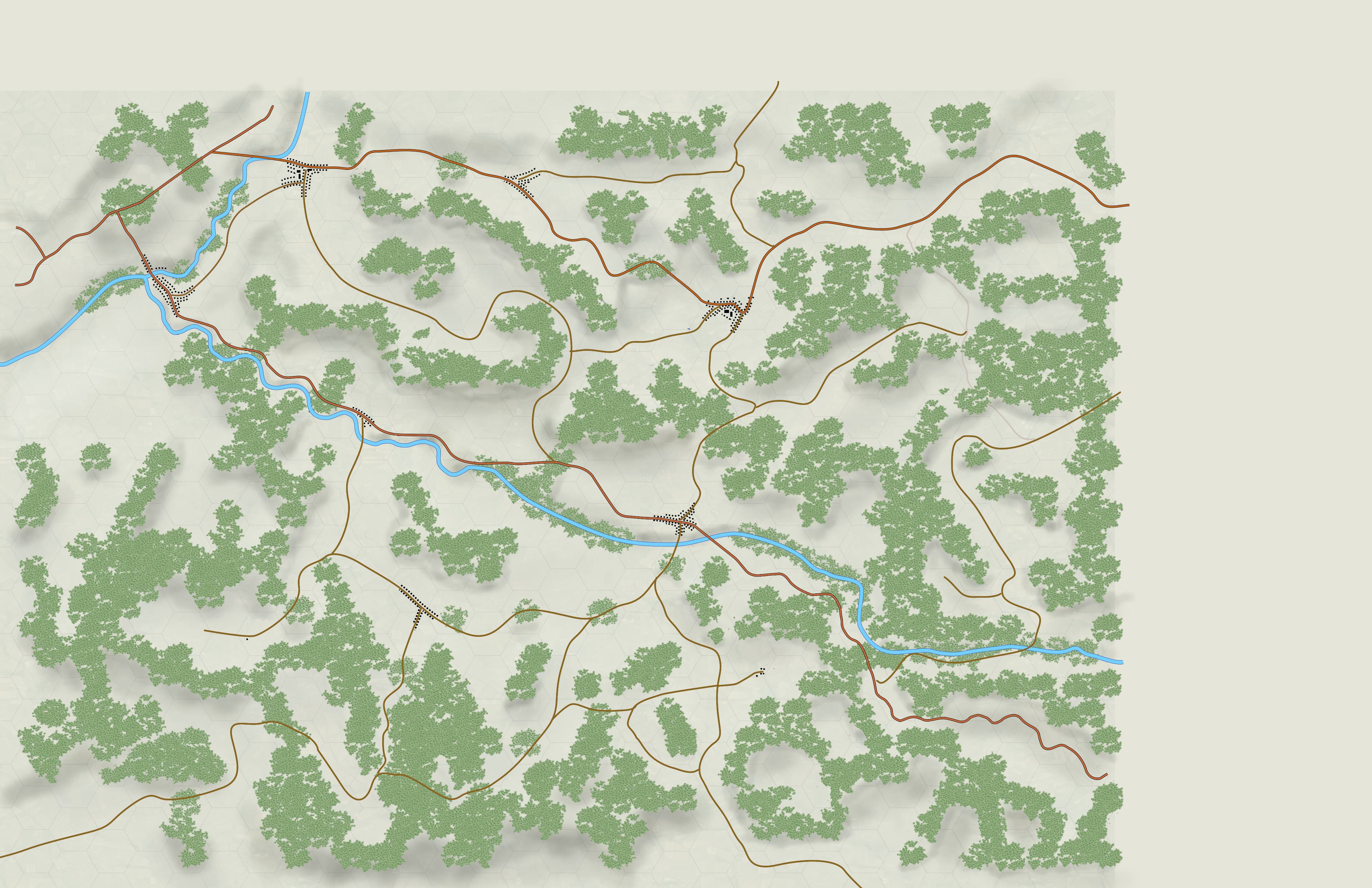 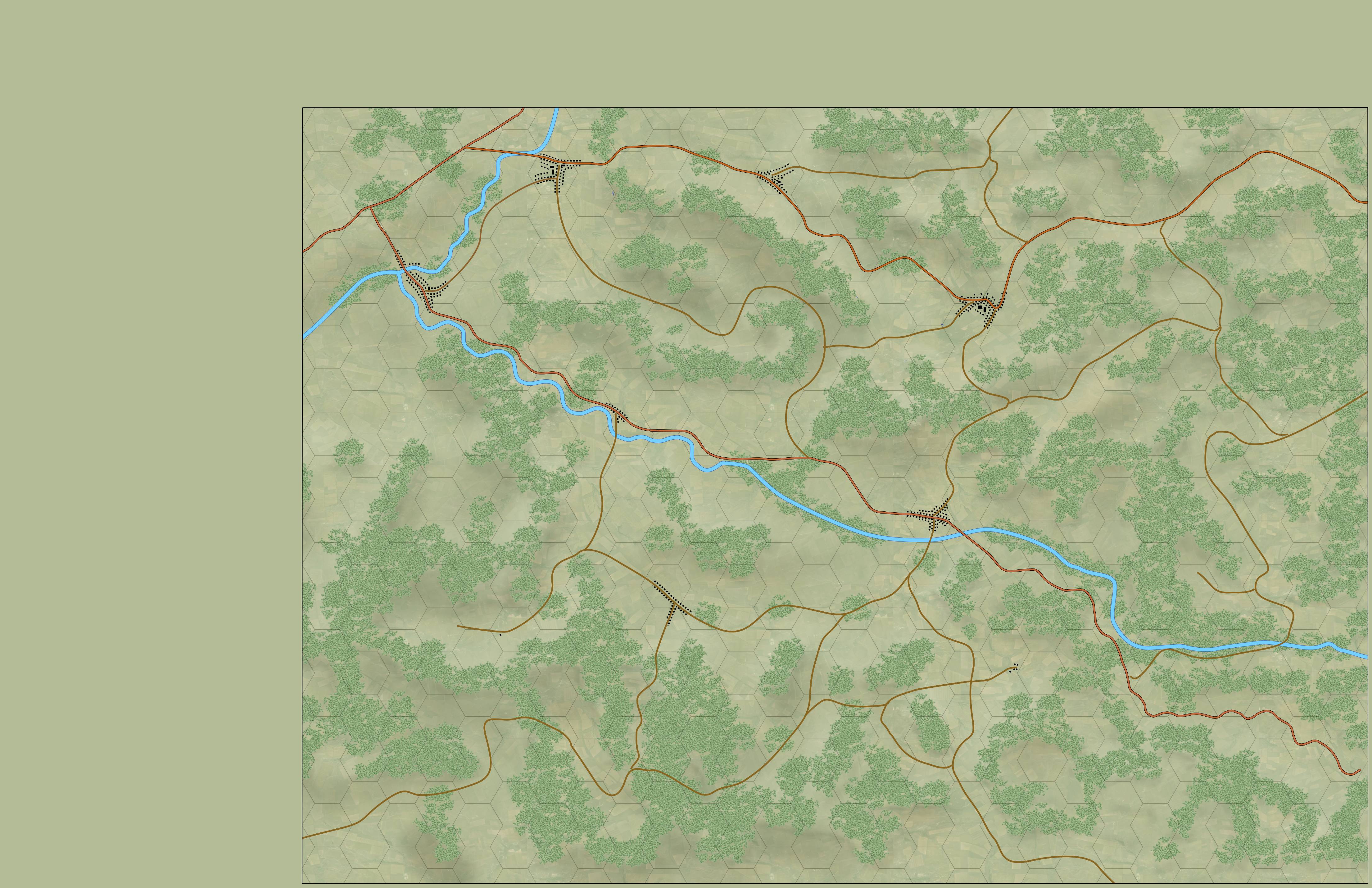 With this one below I plan to have as a counter insurgency one, using CMSF2. Where the NATO player(s) sends out platoons to investigate intel reports or ask locals for intel. These can be bad or good intel and if it's good intel, most times a CM battle must be resolved.
I have a table that a D6 will be rolled on for intel gathering.
Campaign VP's are earned by NATO forces dismantling the insurgents fighting infrastructure (weapons caches, hide outs, camps and inflicting casualties) and the insurgents gain points for inflicting NATO casualties and staying in the fight. 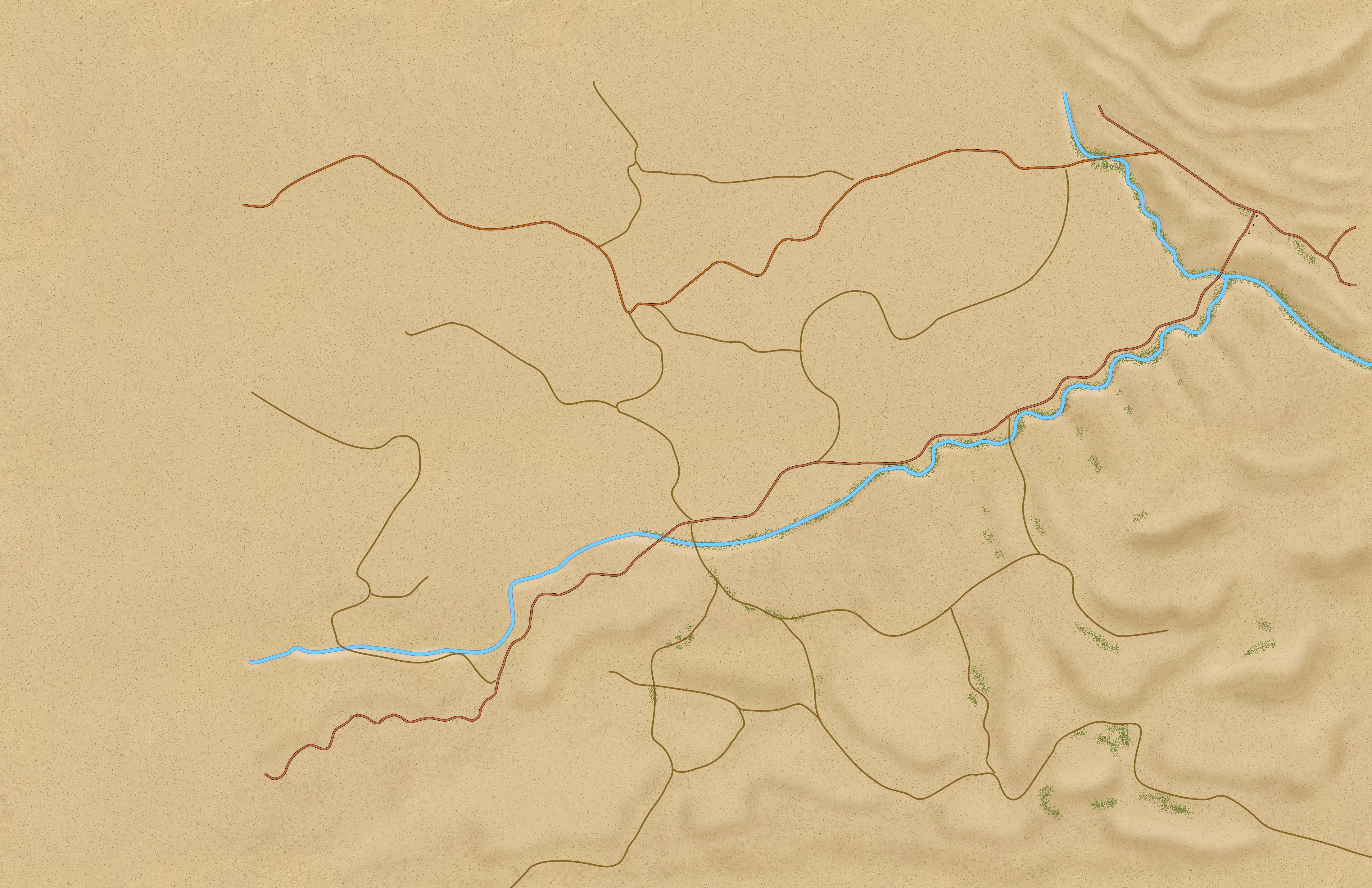 Another concept is a civil war one, where towns are the VP's and it's a point to point movement, meaning you troops from one town to the next. In the capital city, you move troops to one district to another. This was inspired by the board game 'Brotherhood & unity'.
Hopefully this could work using CMSF2, CMBS or CMCW.

In the map below, the island is divided regions plus a capital city. Each faction has popular support in some towns, a red town supports the red faction and a blue supports the blue faction.
The capital city is also divided in supported centers.
Each region has a capital (with the black dot), control this and another two towns gives additional VP's at the end of the game.

Concept map.
The green and pink dots represent inflow of support from the outside world to each faction. Green dot supports blue faction etc.. 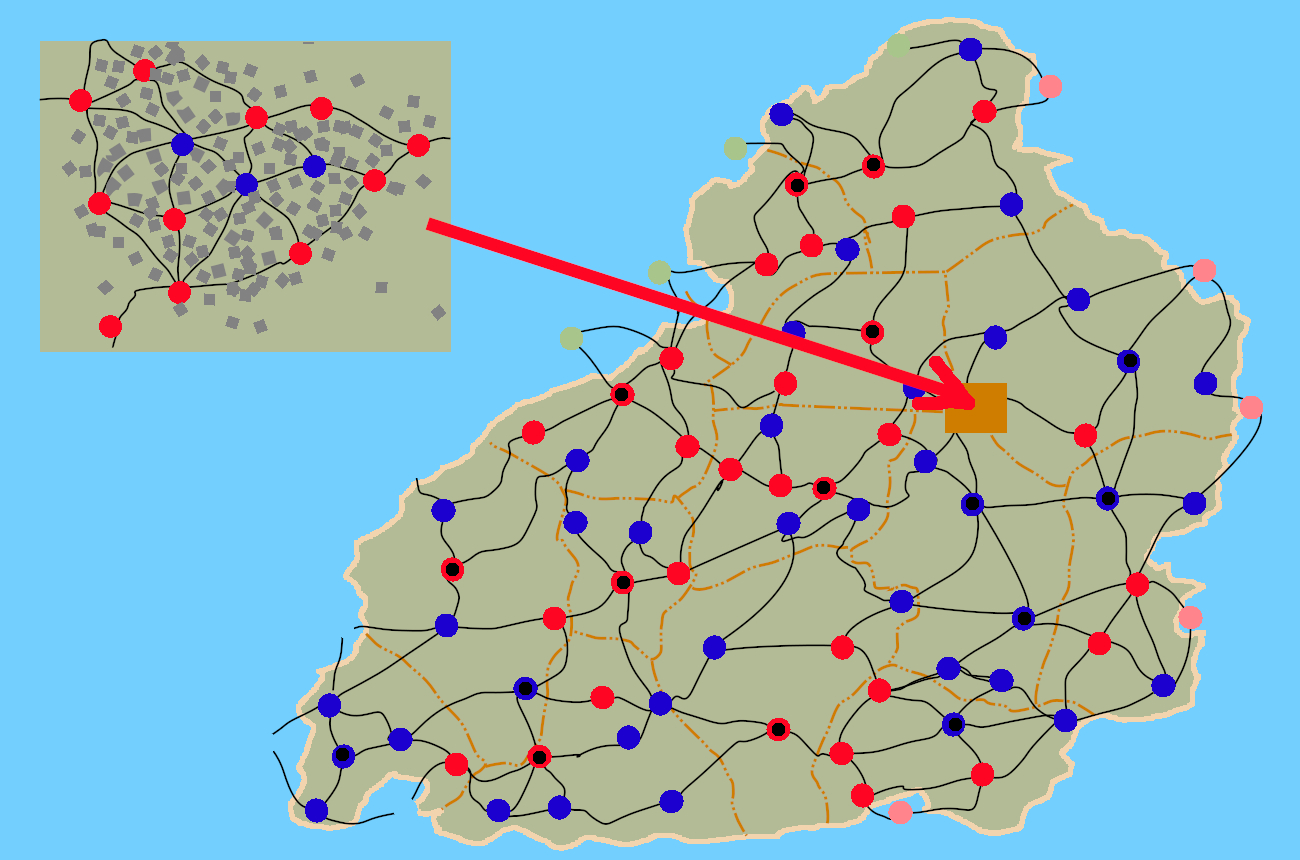 Wow! What are you using to make the maps?

Concord said:
Wow! What are you using to make the maps?
Click to expand...

Like the insurgency idea - also good in that it coild be dynamic with overlapping battles/moves without having to wait for turns to complete.
(My current design thinking obsession)

Like the insurgency idea - also good in that it coild be dynamic with overlapping battles/moves without having to wait for turns to complete.
(My current design thinking obsession)
Click to expand...

I can picture a system where both sides have say a set of action points, and as they become freed up as engagements are concluded, they can proceed with further actions/moves -- even while other battles/engagements are ongoing. (would need to be tested, though)

Rico said:
I can picture a system where both sides have say a set of action points, and as they become freed up as engagements are concluded, they can proceed with further actions/moves -- even while other battles/engagements are ongoing. (would need to be tested, though)
Click to expand...

Was thinking of using the chit pull system, side A gets to move a formation and attacks along a road, it kicks off a CM battle.
Meanwhile Team B pulls out another formation and gives orders while the battle been played.

However teams can select a unit as a reserve in case they think they'll need to reinforce a CM battle.

As in the A Brief Border War campaign, I'll be tracking casualties per squad/platoon.
I'm also tracking ammo but it's not even necessary in ABBW, all on excel. So supply will be a thing with action points.

I really like your ideas for the insurgency campaign! I was trying to figure out how to do a multi campaign in that context and I find your idea wonderful.
Doest ambsuh stuff will be possible?

Yes but not all the time.

Do you plan to use Vassal for this? Can FOW be simulated in Vassal?

nektoman said:
Do you plan to use Vassal for this? Can FOW be simulated in Vassal?
Click to expand...