Peruvian Commandos during a military parade in Lima 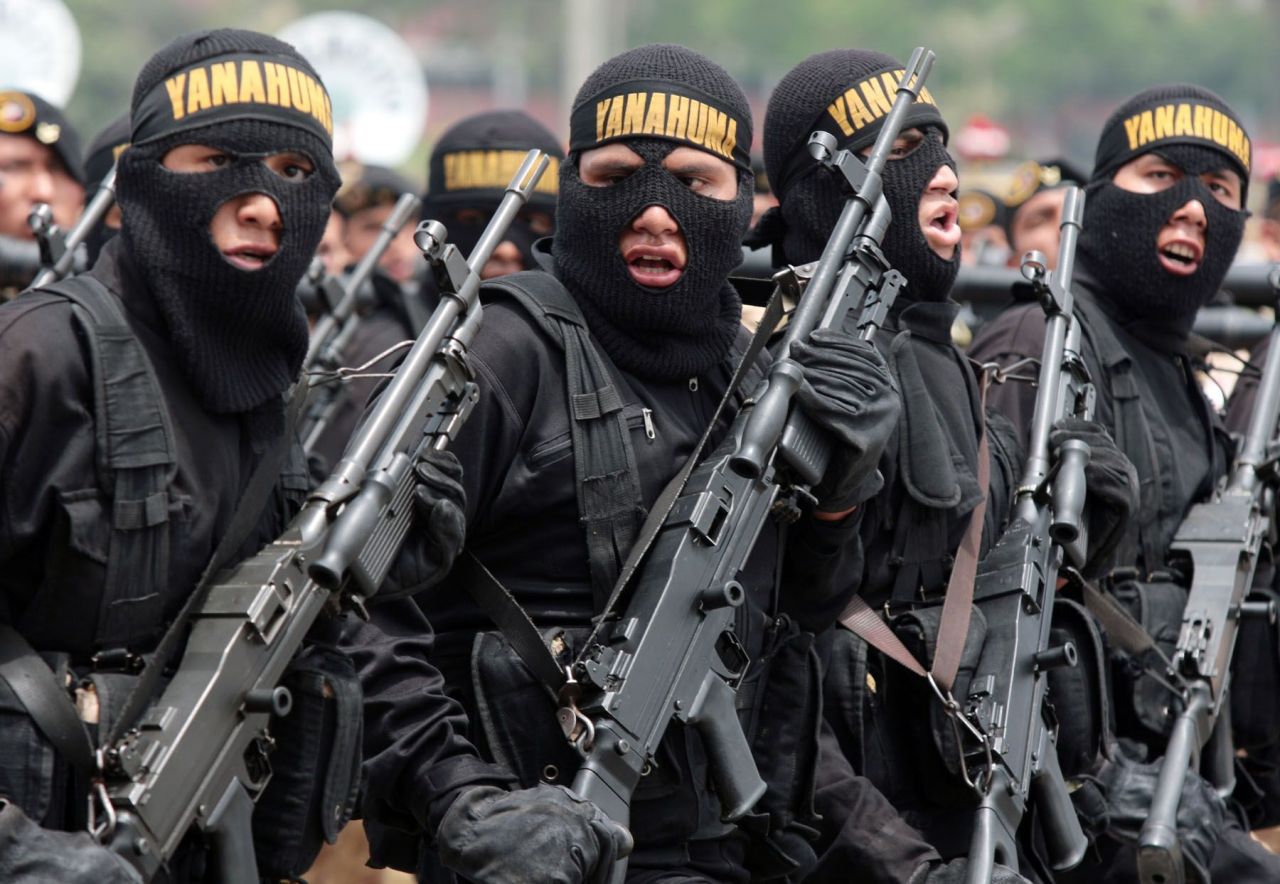 Wouldn't want to have to carry one of those on a long march.
Not that these guys do many long marches.

I haven’t heard of the Vektor so I looked it up.

History
In the late 1970s, South Africa was involved in an international controversy over apartheid and the South African Border War in Angola. As a result, it was subject to an international arms embargo and had to, out of necessity, design and manufacture its own weapons. The SS-77 was developed to replace the FN MAG. It was designed in 1977 by Richard Joseph Smith and Lazlo Soregi. The "SS" in its name stands for Smith and Soregi, and "77" for 1977, the year it was designed.