The Bad Boys just notified me they have been called to help Phoenix Project deal with the world crisis Pandoranvirus.
They're promised to assist and are on their way. They just won't be able to get on site until 12-10-20.
"The definitive edition of the acclaimed strategy game from the creator of X-COM."
Hold my beer...
--- 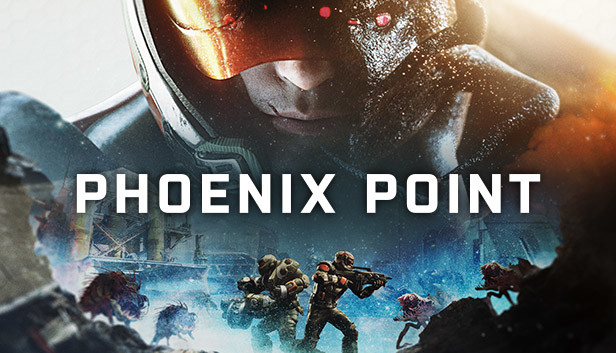 The highly anticipated new strategy game from the creator of X-COM. Fight tactical battles on procedural maps against a foe that adapts to your tactics. Manage diplomacy and economy on a global scale. Research, explore, overcome. Includes all previously released DLC.

Steam sale convinced me now would be a good time to buy this. 50% off for $29.99.
This look more like X-Com on steroids all the time. Oooh-Rahh!

Well, The Boys will have at 'em! Next month I hope.

Speaking of, are you doing WL2 anymore or just Terminator Resistance?

I'm closing on the end of WL2. Frankly, this is about where I gave up last time. It is a grind.
Still, I am determined not to have put all this time/effort in to it a 2nd time and not to complete it again.
I'll get there...slowly.
Actually, I'm back playing some WoT for their Holiday Ops production so regular games are on the back burner temporarily.

mTk said:
I'm closing on the end of WL2. Frankly, this is about where I gave up last time. It is a grind.
Still, I am determined not to have put all this time/effort in to it a 2nd time and not to complete it again.
I'll get there...slowly.
Actually, I'm back playing some WoT for their Holiday Ops production so regular games are on the back burner temporarily.
Click to expand...

Yes, I am losing at WoT at a fearful rate myself...

Took the plunge w/Phoenix Point. So far? Glad I did.
I've only done some surface scratching, having just completed the tute/prologue. Now on my own and am a bit intimidated.
First, the UI is complex because the game is complex. More so than XCOM2 simply because the game is bigger in scope.
Thankfully, even though the learning curve is a bit long, given there is more to learn, those of us who have played XCOM2 will
feel right at home and start becoming more comfortable in fairly short order.
Once I've mastered the UI I'm faced with the hardest part and that is trying to prioritize what must be done. This is going to be
a challenge as I don't know what is seriously important and what can be dealt with later. I've been watching vids from this Phoenix
Point You Tube channel and it has helped fill in some blanks. Review it after you are already familiar with the game. It will make much
more sense to you then.
--

https://www.youtube.com/c/PhoenixPointGame/videos
--
The graphics are very good, although not XCOM2 quality. You can't dress up your troops as well as you could in XCOM (which I had
great fun messing with) but they still look cool all kitted out. You can still color code soldier types for quick ID on the battle map.
So far the tactical combat maps are waay more complex with many multi level terrain features. They deal with this very well in that the
mouse wheel can scroll up/down each level easily and it works well.
Anyway, that 's that for now. Learnig how to fly around the map ATM so I think I'll go collect some resources.
Oh, I've seen it said that <easy> level is not, but it is the level you want to play on or you will just end up fighting the game more than
you fight the Pandorans and end up hating the game as a result. Since I have come to always play on <moron> level anyway this won't
be a problem for me.
--
I'm just a regular assault trooper, but will do my best.