Louis said:
Fernando and Josefina chose April 29, 2022 to get married in the parish of Santa Cruz, Tlaxcala, in Mexico, for a reason: it was the day that Hitler and his partner, Eva Braun, got married 77 years ago, a day before committing suicide. 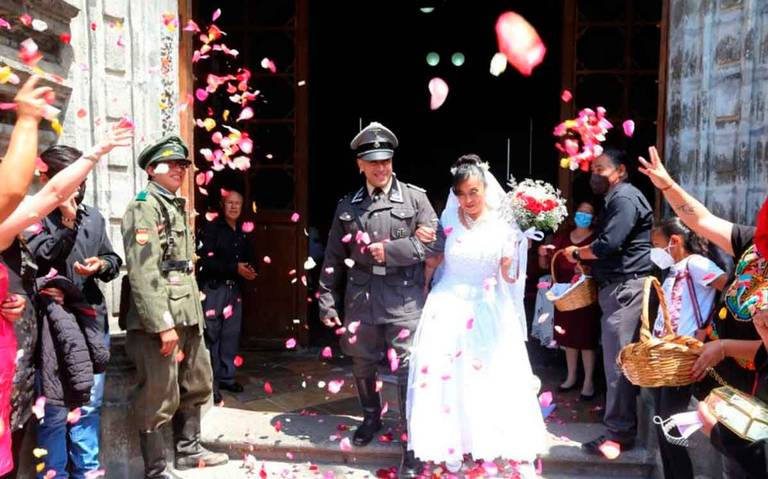 As if that were not enough, the theme of the wedding was Nazi: Josefina arrived at the church in a Volkswagen Sedan vehicle in which Fernando decorated with swastikas, while he wore an SS uniform. 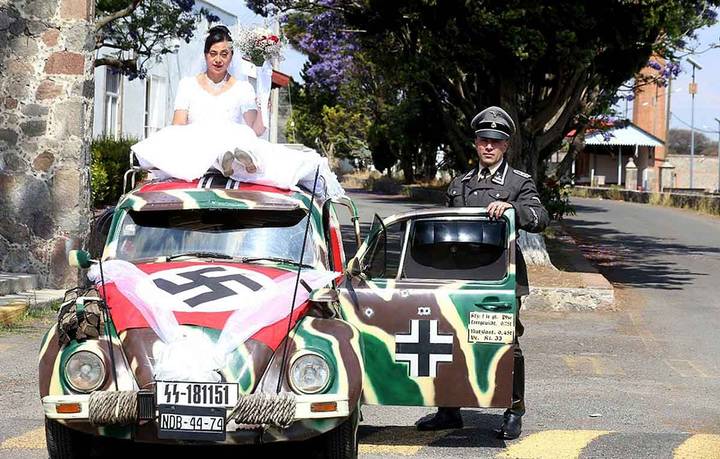 The couple have two children: a boy named Reinhard after Reinhard Heydrich, and a girl named Hanna Gertrud, after Hanna Reitsch, the famous german pilot, as well as Gertrud Scholtz-Klink, who was president of the National League of National Socialist Women.
Click to expand...

That's mental, is this how they'll bring up their (adopted more likely) kids?.

Need a slap round the head....

I was watching a video the other day and found this... wonder if these are his parents?

Does the offense of these things fade away with time, would conquered people of the Roman empire today be insulted by some lads dressed as legionnaires? or walking around Africa in the military garb of a 19th century European?

Oh Im not offended personally... I just think its a stupid thing to do. Its like sending your kid to school dressed as Myra Hindley.

Especially if it's your son.

HAHAHA... hey whatever... Im lost when we start talking binaries and non gender specific ... Im just like... nope... dont understand it so... wow... look at the size of that potato.

Bootie said:
Oh Im not offended personally... I just think its a stupid thing to do. Its like sending your kid to school dressed as Myra Hindley.
Click to expand...

I did not know who Ms. Hindley was. So, naturally, I googled her. Now I wish I hadn’t. Not a pleasant start to my Sunday morning coffee. I must plot my revenge. Who can I dupe Bootie into googling so he will be disturbed?