The polybolos (which may be translated literally as ‘multiple thrower’) was a type of weapon used in the ancient world. The polybolos has been described as a sort of ballista / catapult that was capable of firing several projectiles before needing to be reloaded. That’s why it’s sometimes referred to as an ancient machine gun. 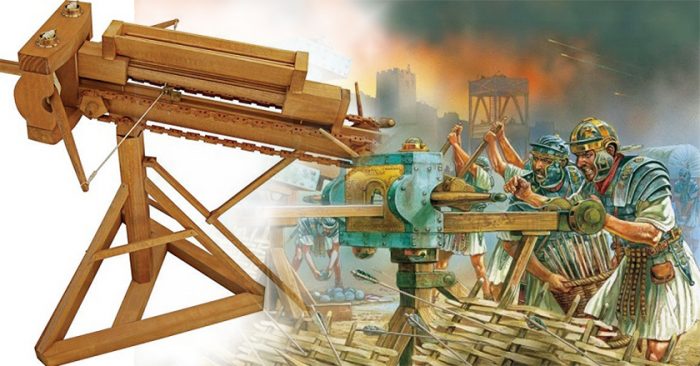 The polybolos was a further improvement on the catapult technology that existed at that point of time. The polybolos is commonly believed to have been invented during the 3rd century BC by Dionysius of Alexandria, a Greek engineer who was working at the arsenal of Rhodes. During that time, the Rhodians had a particular interest in artillery, and were keeping abreast with the latest developments in this aspect of warfare. This was aided by their close relation with Ptolemaic Alexandria. It was at Rhodes that Philo of Byzantium, a Greek engineer and writer on mechanics, encountered and inspected a catapult made by Dionysius of Alexandria. This is recorded in Philo’s Belopoeica (a treatise on artillery), and our knowledge of the polybolos is derived from this piece of writing. 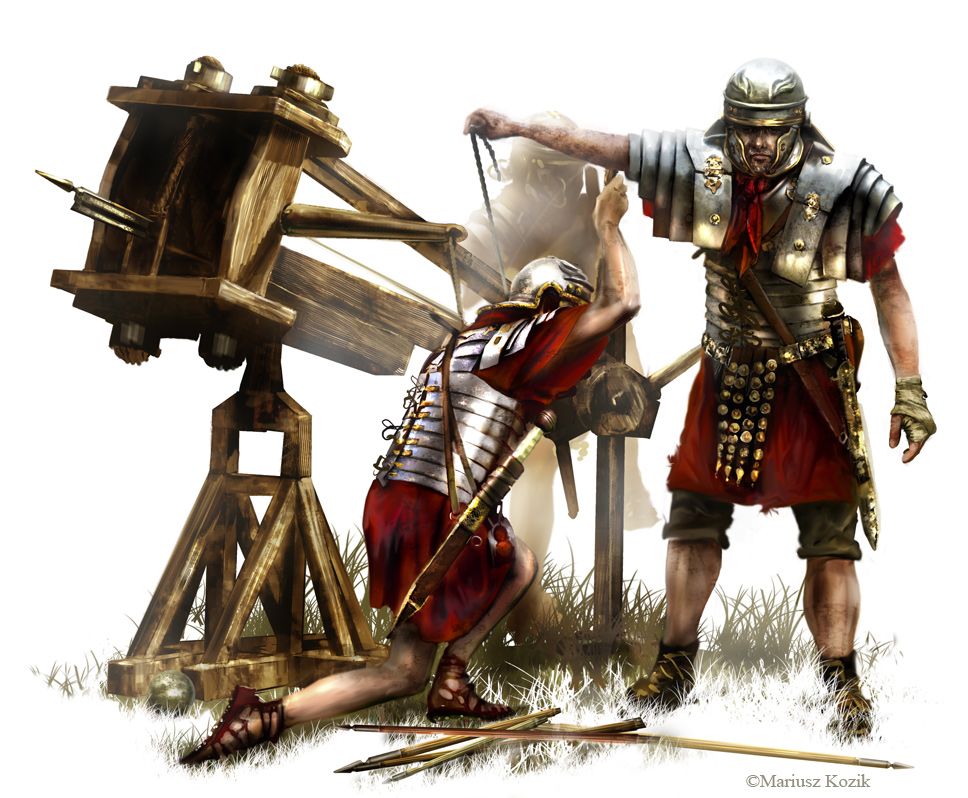 Unlike the standard catapults / ballistae of the day, the polybolos could fire multiple projectiles before it needed to be reloaded. There were flat-linked chains on each side of the polybolos, which ran over pentagonal prisms at each end of the chain’s loop. It has been speculated that these prisms worked as inverted gears. By having a soldier turn the windlass attached to the rear prism, bolts could be locked, loaded and fired automatically. These projectiles were fed into the polybolos via a magazine that was attached to a rotating tray. This gave the polybolos a higher rate of fire than other ancient artillery pieces.


The polybolos was used mainly against enemy personnel, rather than against defensive structures such as walls or towers. One of the reasons contributing to this is the fact that the polybolos was able to lock on to a target.​
You must log in or register to reply here.
Share:
Facebook Twitter Reddit Pinterest Tumblr WhatsApp Email Share Link
Top Bottom