Like the T-34 tank and the Il-2 Shturmovik attack plane , the “Pepsha” or “Papasha” (“Daddy”) was not only a rugged marvel of mass production, but performed well compared to more expensive contemporaries. Both the Red Army and later the Chinese and North Korean armies would employ the “burp gun” on an unprecedent scale.

Georgy Shpagin was a veteran of the Soviet revolutionary war. A weapons repairer turned weapons designer, he drew up the PPSh-41 design with low manufacturing cost, quick production time, and minimum field maintenance in mind. Shpagin's new weapon was first put on trial in Oct 1940, during which it beat weapons designed by proven engineers such as Vasily Degtyaryov, the designer of PPD submachine guns. PPSh-41 could be differentiated from other Soviet submachine guns of the era by the tips of their barrel jackets, which were angle-cut. PPSh-41 was officially adopted for use on 21 Dec 1940 by the Defense Committee of the Council of People's Commissars, and the manufacturing began in Nov 1941. From the outset, PPSh-41 weapons were being produced at a very efficient rate, averaging only 5.6 hours per weapon. By Apr 1942, 155,000 of them had been built, and new weapons were being built at the rate of 3,000 per day. 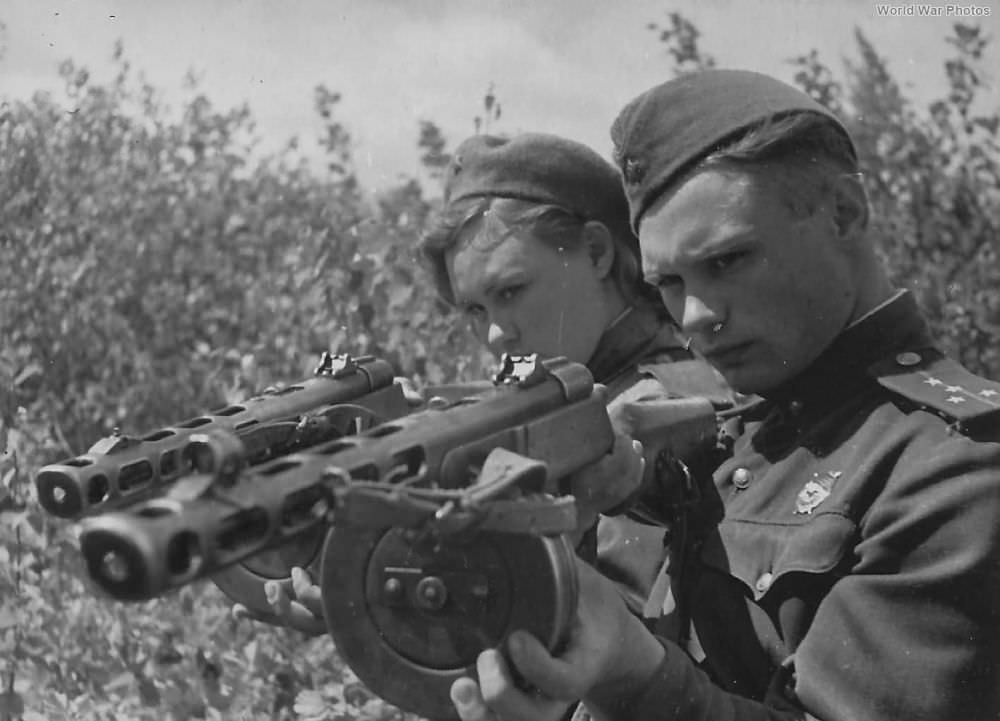 On the front lines, soldiers of the vast Soviet conscript army regarded "Pah Pah Sha" submachine guns very highly. These weapons were hinged at the magazine housing, making cleaning, critical especially for the environment on the Eastern Front of the European War, very easy. As noted earlier, the construction of PPSh-41 submachine guns was simple, thus damaged PPSh-41 barrels could be replaced by cutting down that of Mosin-Nagant rifles. 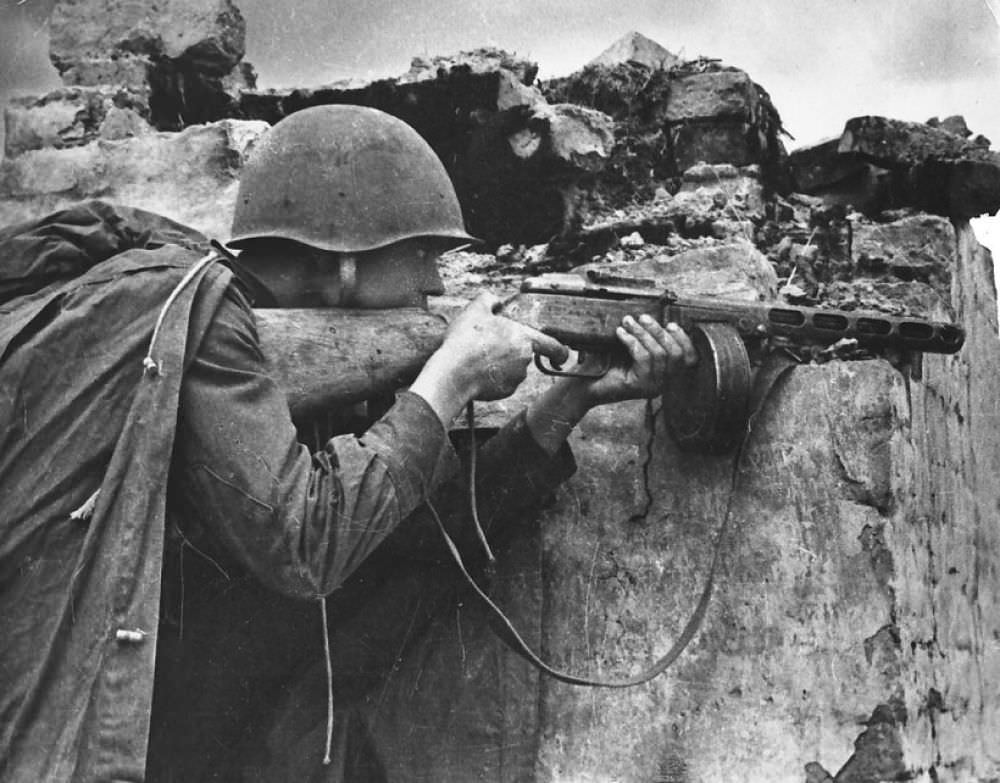 When compared to Mosin-Nagant rifles, PPSh-41 (and other Soviet submachine guns) had very poor accuracy, but at close range PPSh-41 guns' ability to fire many rounds in the direction of the target, even if scattered, was a clear advantage. PPSh-41 weapons could use either the smaller 35-round box magazines or the larger 71-round drums. While the drums' higher capacity seemed to be favorable on paper, the drums were more difficult to load, very heavy (its unloaded weight was 3.63 kilograms; each box magazine weighed 0.68 kilograms and each drum weighed 1.84 kilograms), and less reliable in battle conditions (the latter was improved in Nov 1943 by increasing the thickness of the metal skin of the drums from 0.3 millimeters to 1 millimeter; this further increased the already heavy weight, however). During the war, over 5,000,000 examples were built. Unlike the Germans which assigned their counterpart MP 40 submachine guns only to specialized platoons, the Soviets equipped entire companies with PPSh-41 submachine guns starting in Jul 1941 to increase infantry firepower. As of Jul 1941, each infantry regiment had a PPSh-41 company with a 7-man headquarters and three 31-man platoons.

After WW2, even though all Soviet submachine guns were supplanted by the AK-47 assault rifles, many remained in service for decades to come. In North Korea they were known as Type 59, in Communist China as Type 50, and in Vietnam K-50M (which were converted Communist Chinese Type 50). 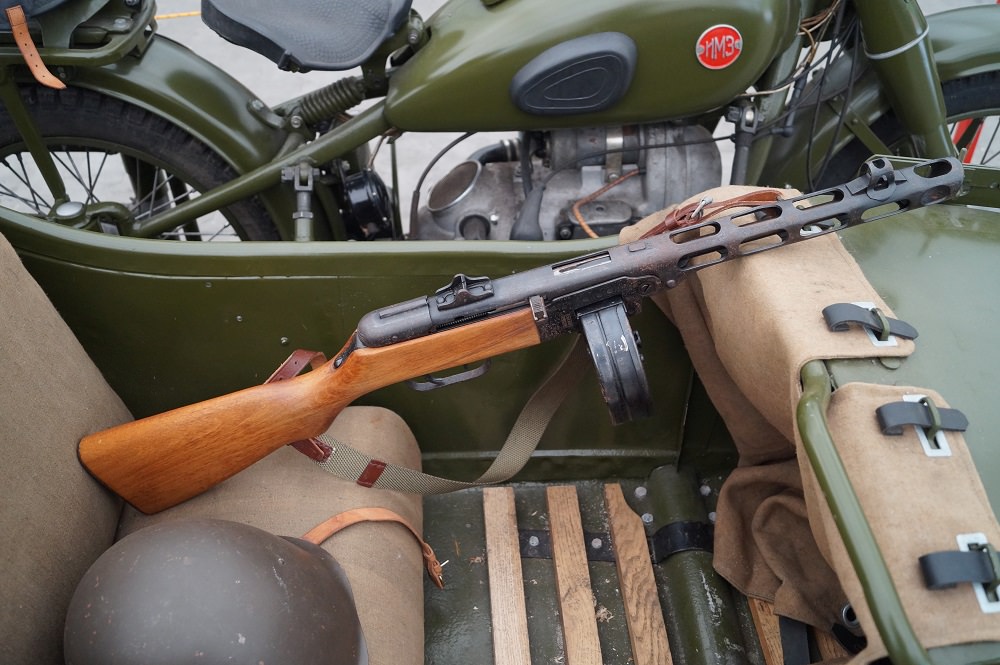 I have always been fascinated by this weapon. In CMX1, Soviet SMG squads were a terror! 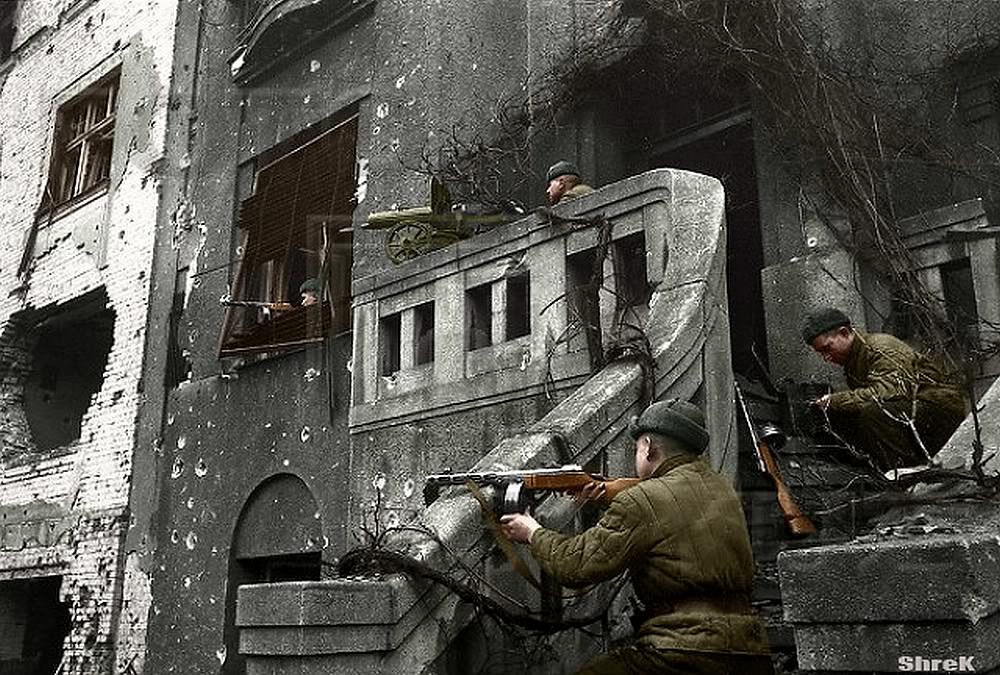 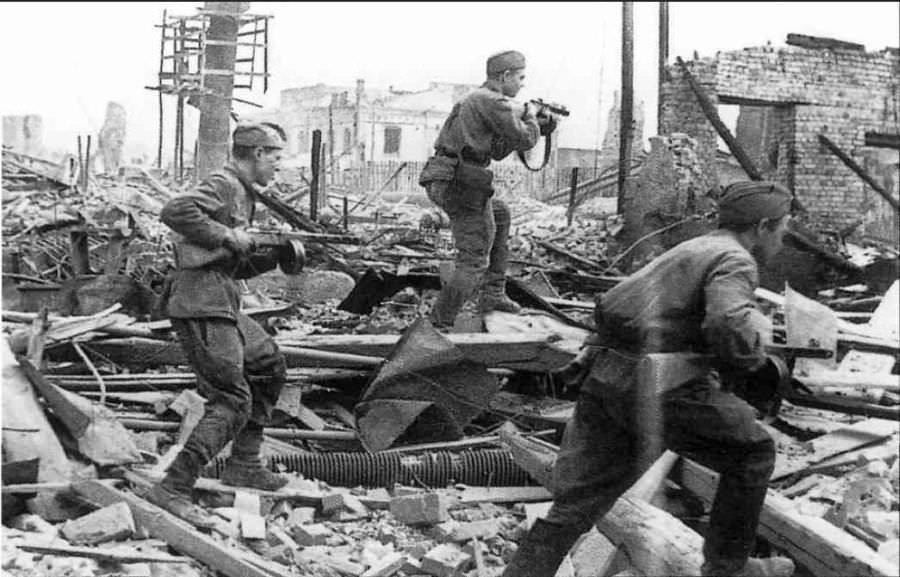 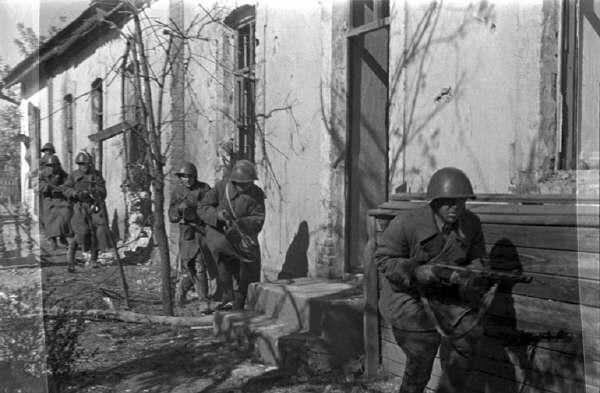 Well, that explains a lot about my disappearing grenadier squads.

Finnish soldier defends a position near the River Svir with his Ppsh 41. Russia. 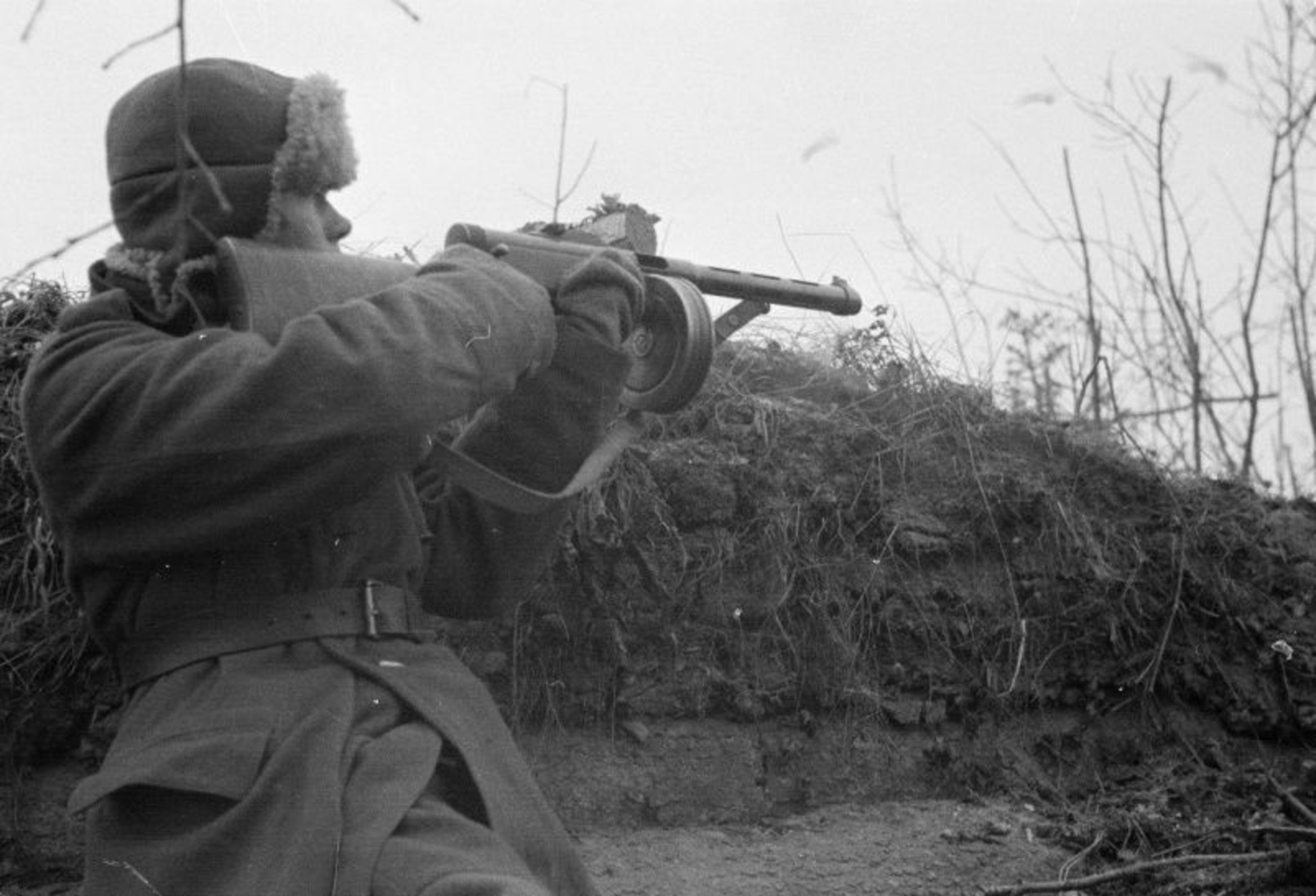