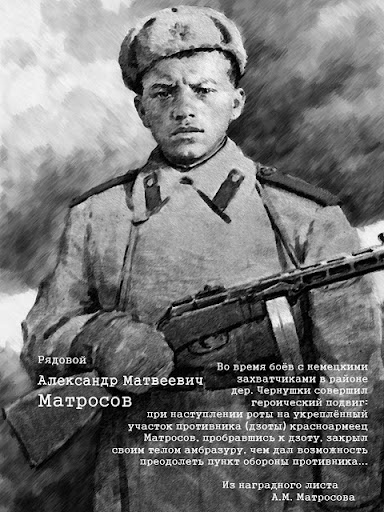 During the WWII, only age 19, Pvt. Aleksandr Matvéyevich Matrosov, on 23 and 24 Feb 1942, in the battle to recapture village of Chernushki, near Velikiye Luki, currently in Loknyansky District, Pskov Oblast, the Soviet forces struggled to take a German heavy machine-gun, housed within a concrete pillbox, which blocked the route to the village. It had already claimed the lives of many of the Red Army troops. Matrosov crept up to the pillbox and released a burst of rounds into the slot in the pillbox. One round hit a mine inside, and the machine-gun temporarily fell silent. It restarted a few minutes later. At this point Matrosov physically pulled himself up and jammed his body into the slot, wholly blocking the fire at his comrades but clearly at the cost of his own life. This allowed his unit to advance and capture the pillbox and thereafter retake the village. 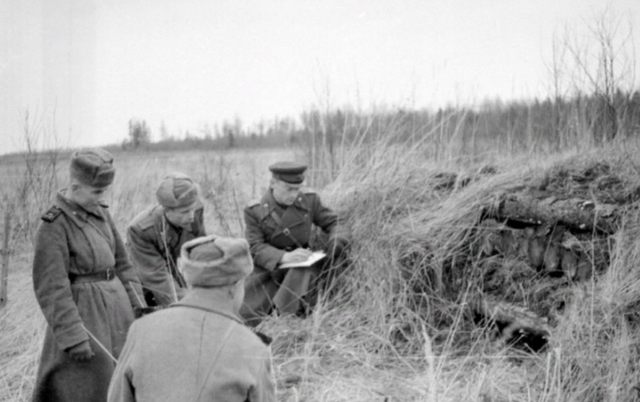 -Soviet officers examine the bunker that was taken out after Pvt A. Matrosov, sacrificed himself by blocking its fire with his own body, allowing his unit to capture it. Village of Chernushki, 1943.-

For his self-sacrifice in battle, Matrosov was posthumously awarded the distinction Hero of the Soviet Union and the Order of Lenin. 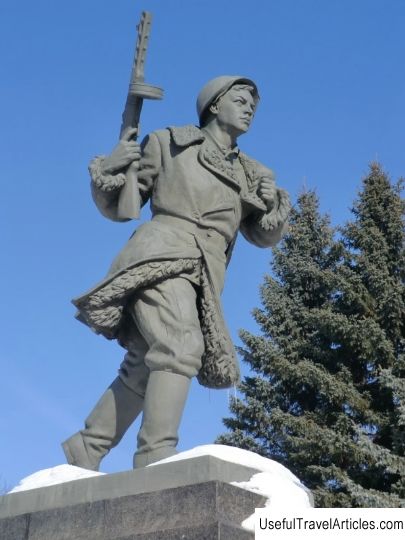