The first lorry-mounted gun to go into action in France, in the WW1, was probably the British Commander C. R. Samson’s 3-pdr on an L.G.O.C. ‘B’ type chassis, which was constructed to Royal Naval Air Service (RNAS) designs, by the French shipyard Forges et Chantiers de France at Dunkirk, in Oct 1914.

The French equivalent of this weapon appeared during the course of 1915, and consisted of a gun of the same calibre as Samson’s on the chassis of a Renault 2.5t lorry with solid tyres. Whereas the RNAS vehicle was unarmoured, and the gun mounted fairly high on the lorry platform, the French Autocanon 47mm was fully armoured, and the gun was mounted low between the rear wheel arches in the body of the vehicle. The only disadvantage of this lower mounting was that the gun did not have a forward field of fire, because the driver's cab was in the way. The gun, chosen because it had more than double the range of the alternative, the 37mm, was manufactured by Hotchkiss. The first prototypes were completed by the end of Jan. 1915. Tests showed that the heavily armoured vehicle was too heavy, and the speed too slow, and no more than four were manufactured. 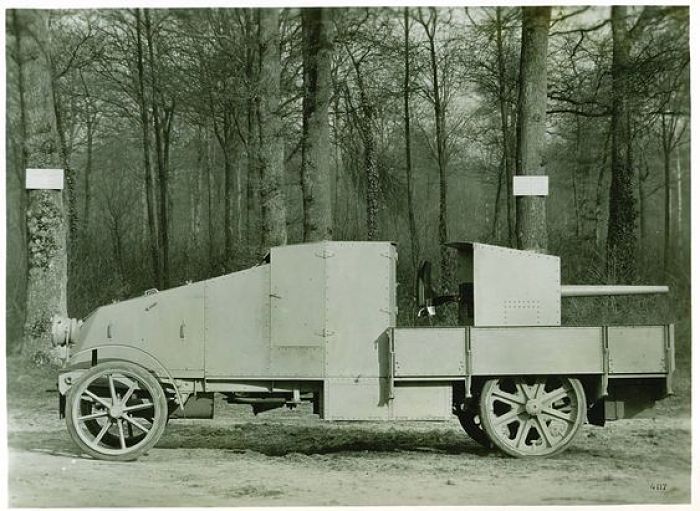 These Autocanons were manned by naval personnel - Fusiliers Marins - and were ready for action, organized in sections of two, in June 1915. They seem to have been mainly used as anti-aircraft/airship assets, but were also used as mobile light artillery, running up and down behind the lines, attacking any targets of opportunity. 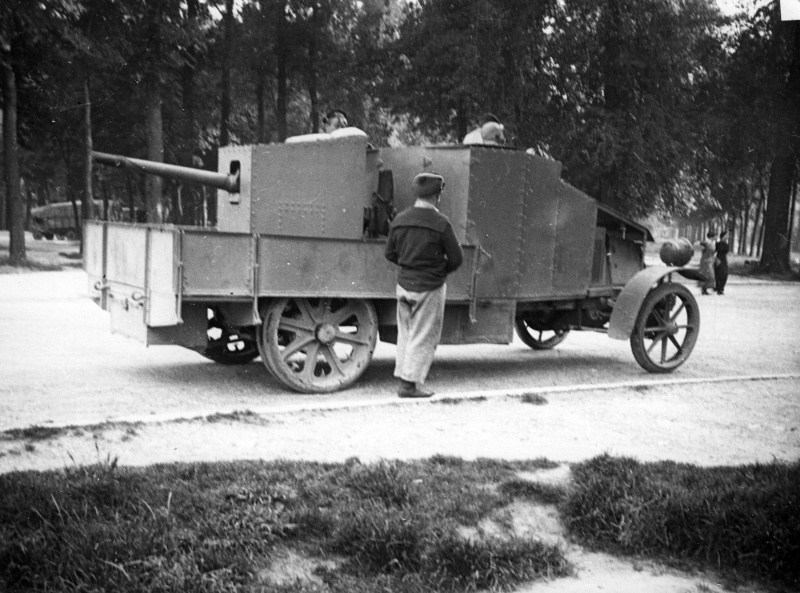