On August 12, 2020, almost 78 years after this 18-year-old sailor provided cover for his comrades to escape the Japanese planes overhead during the WW2, was posthumously awarded the Victoria Cross. 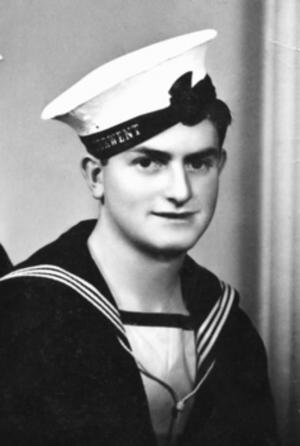 Edward "Teddy" Sheean was born on Dec 28, 1923. On Dec 1, 1942, Sheean was a gunner's mate on the corvette HMAS Armidale, when it came under attack during an operation near Japanese-occupied Timor, now the country of Timor-Leste across the Timor Sea from the Australian city of Darwin.

According to the records of the Australian War Memorial, Sheean's ship was spotted by Japanese reconnaissance planes when it left Darwin on November 29. That meant a perilous mission was coming, as Japan dominated the air and waters around Timor, some 720 kilometers (447 miles) northwest of the Australian port.

On this day, Dec 1, Japanese warplanes swooped in on the Armidale. The Australian corvette was hit by two torpedoes launched by the Japanese planes and quickly began to sink, according to the AWM. An order was given to abandon ship.

"Sheean was wounded and, rather than abandon ship, he strapped himself to his Oerlikon and began to engage the attacking aircraft even as the ship sunk beneath him. He shot down two planes, and crewmates recall seeing tracer rising from beneath the surface as Sheean was dragged under the water, firing until the end," the AWM says.

There were 149 sailors aboard the Australian ship. Forty-nine survived and were plucked from the Timor Sea a week after the sinking. Each likely owed his life to the 18-year-old gunner's mate, according to an expert panel established in June of this year to adjudge Sheean's case and that finally had the recognition of the Victoria Cross on August 12 of this year. 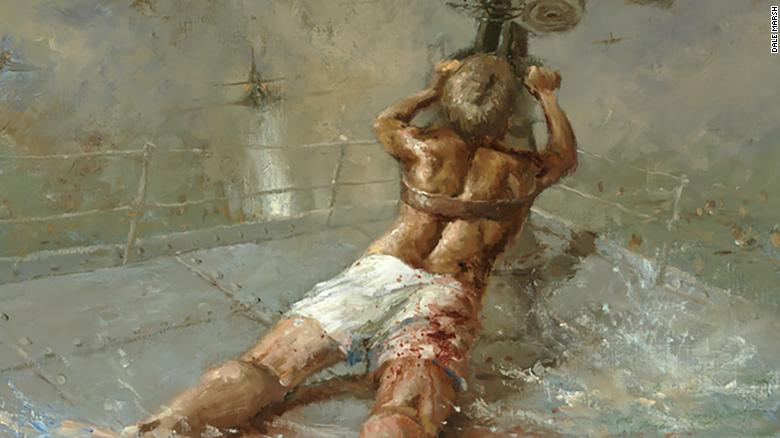 A painting from the AWM depicts the figure of E. Sheean, a wound on his right thigh, firing an Oerlikon anti-aircraft gun at Japanese bombers on Dec 1, 1942.​
From cnn and wiki

I'm not much of a biblical scholar but this one always stuck in the mind. John 15:13 'Greater love hath no man than this, that a man lay down his life for his friends.'