Armored car made in Czechoslovakia during the interwar period. The design was not a success and only a handful was made, among which three were sold to Austria. 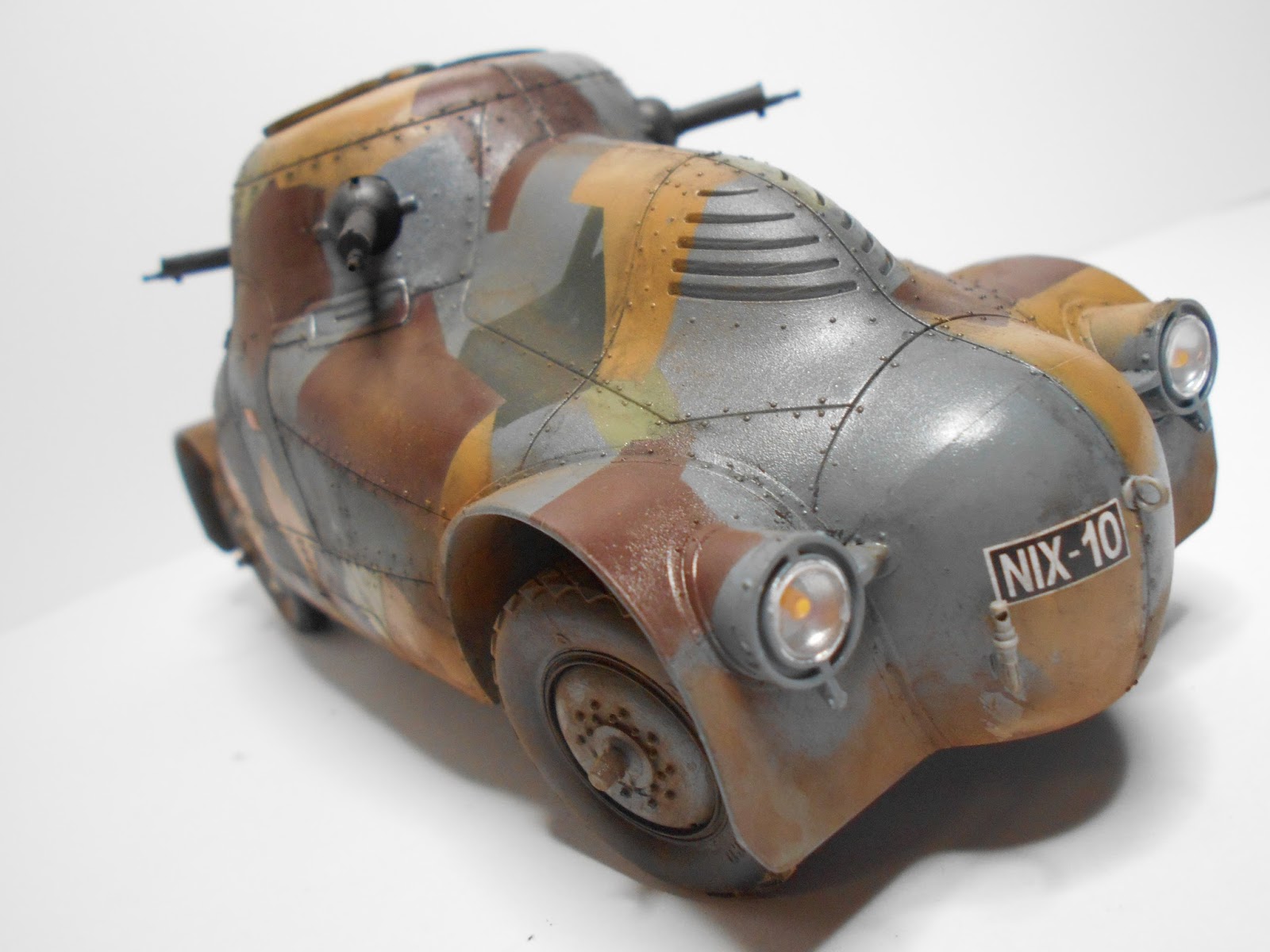 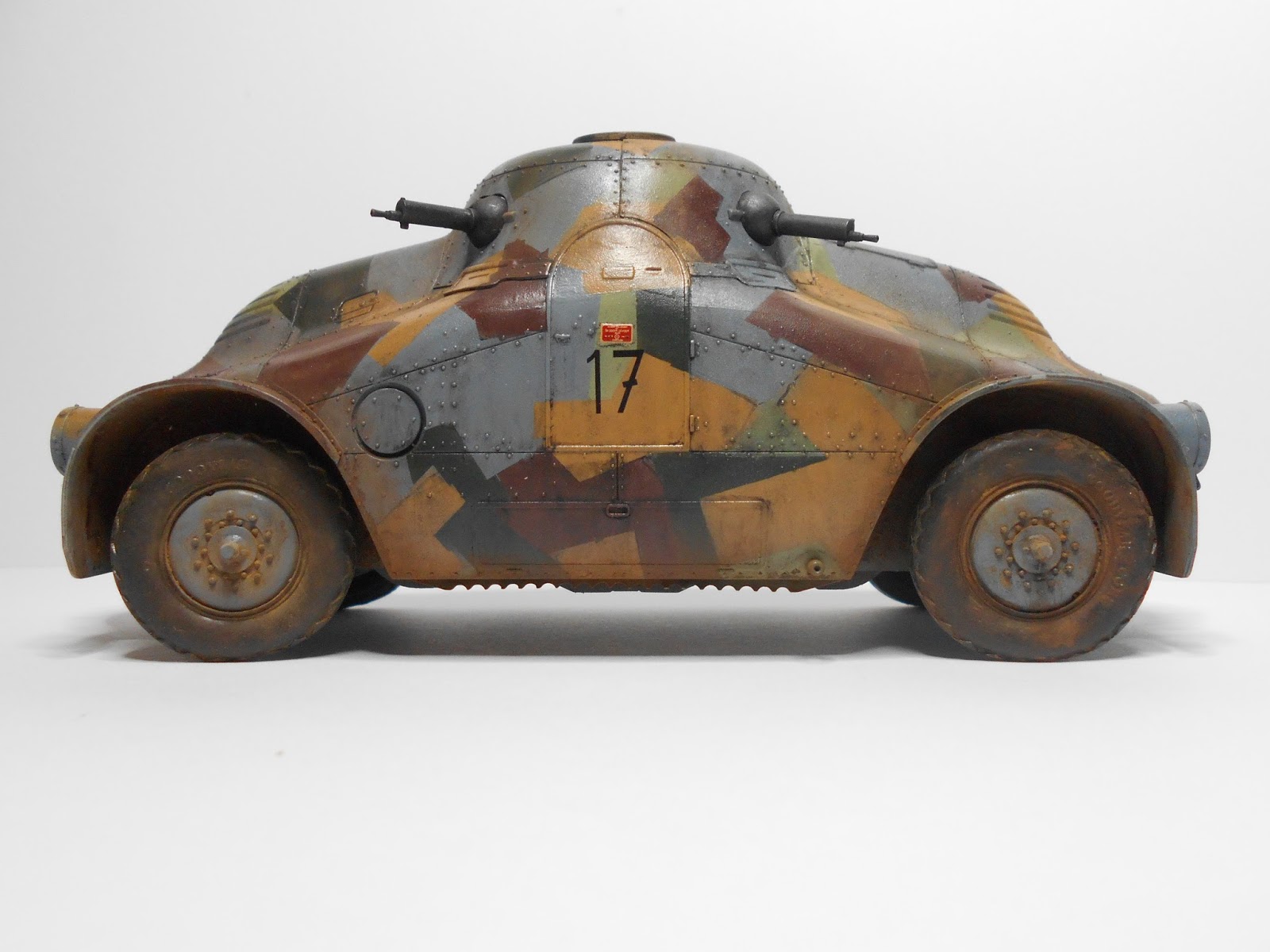 Was rejected by the Czech Army and saw service with Austrian and Czech police forces before being taken over by the Germans in 1939.

This car design featured a rounded armor superstructure which accounted for its unofficial name (Turtle). Army authorities approved of the new vehicle plans and ordered the type into production through a twelve-strong commitment and these arrived in late-1924 / early-1925.
The entire armored superstructure was shaped by hammer as opposed to being casted and armor protection reached 5.5mm. The shell components were riveted to the framework during final assembly to help create a strong overall bond - serviceable as protection against small arms fire and artillery spray. Vision slits were cut into the superstructure for situational awareness. Entry-exit by the crew was by way of hull-mounted hinged side doors. 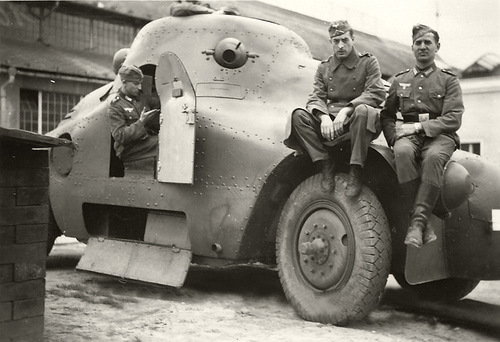 Armament was solely machine-gun-oriented (4 x 7.92mm Schwarzlose MG08 ball-mounted water-cooled and over 6,000 rounds of ammunition were carried for them). These were positioned at the four corners of the hull to provide for maximum flexibility concerning engagement angles. The crew numbered five. There were also two drivers (for front and rear direction driving) and a vehicle commander. 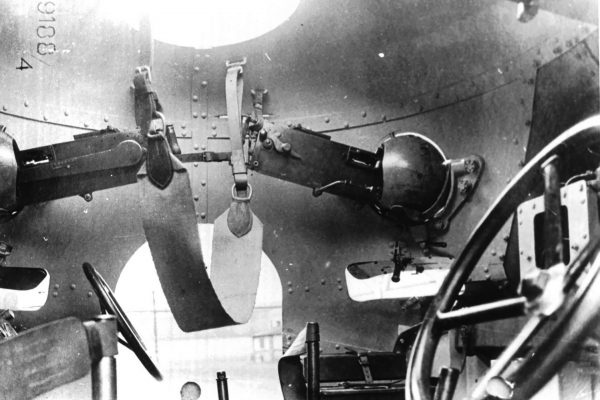 Power was served from an in-house Skoda 4-cylinder unit outputting 70 horsepower. Coupled with the armored superstructure, on-road speeds could reach just under 30 miles per hour but the vehicle suffered mightily in off-road performance due to a weak suspension system despite a 4x4 drive quality being built-in.
Twelve were manufactured in all - though only ten of the lot were actually armored, the remaining two were stripped for driver training. 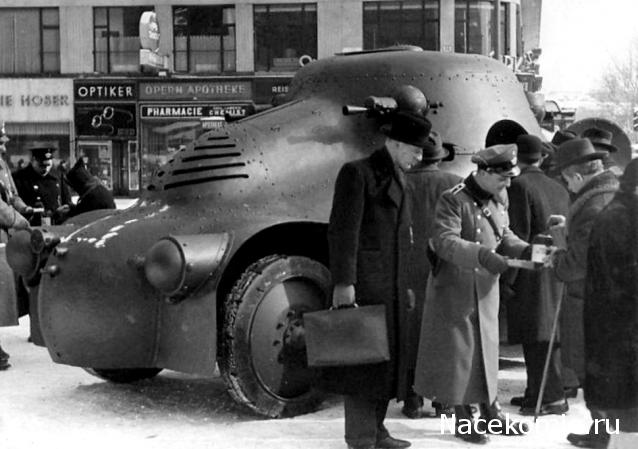