Smartening up the A.I. in attack.

Most CM players are aware that the A.I. is poor in attack. It is basically an unguided missile unresponsive to changing situations. There are a number of ways for (historical or hyterical) scenario designers to smarten up the attacker a little all of which may be unhistorical but give the 'appearance' of historical game play. The main problem we need to overcome, or rather 'intercept', is clever players causing the A.I. to abort through use of simple flanking counter-attacks and even with tiny responses like snipers. Yes! A single sniper from a flank can completely derail an A.I. attack.
1. Increase the attacker's parameters. e.g. make green German units veteran instead, led by elite leaders and set everyone's motivation to high. The idea here is to give them the moral fibre to 'keep going'.
2. Place static isolated MGs and snipers in locations around the map to intercept potentially disruptive moves by the player. Keeping these static is important because they are units over and above the normal OOB of the attacker in the scenario. They must therefore not be used in the actual attack. They are just back-catchers or go-betweens between the actual attack and disrupters.
3. Increase the scenario time. How did this decision come about? Hours and hours of play-testing every possible disruptive move that the player could make. Besides helping to determine the deployment of elements named in #2 above, it also helps you decide how to 'pace' the advance of the attackers (see next).
4. Pacing the attack. Intuititively is seems that Maximum Assault would be the safest way to attack a position. Unfortunately, in the face of a dug-in or sheltered enemy, this order has a tendency to abort any following forward movement and just stay in place and fire forever. So what I do is this; First Maximum Assault & Active over a short distance. Then remain in place for 'x' number of minutes. Follow-up with a Quick and Hide or Quick and Active over a short distance. Alternate the foregoing. This will keep you shooting and advancing in the face of opposition if it is necessary to capture a location. This of course, takes times and thus the reason for the longer scenario time in #3 above.
5. Bombardment. If a pre-attack bombardment occurred historically, do not be shy to use it and overdo it! Due to the very random manner in which the A.I. allocates assets to pre-attack bombardments, this is an excellent way to randomize the starting strength of the player's defending units. Even a three-howitzer (105mm) bombardment with full ammo can have very little effect or at most a moderate effect against a 'dug-in' defender. So be generous with the number of guns and ammunition.
6. As a last resort - increase the number of attackers. I don't like to go to this extreme as it is too far off the historical path for my liking.
Just a reminder - I am dealing with 'historical' scenarios and not with hypothetical.
Last edited: Oct 10, 2021

BOMBARDMENT
I like to use an opening AI bombardment vs player. IMO it adds to the immersion of the scenario. However I am careful to not directly target the player's units. Some players would view this as unfair since there is not much they can do about it. Especially if they just spent 30 minutes drawing ammo and organizing those units. Instead I often target nearby the player's units so the scenario starts with the sound of crashing artillery, flash & smoke of impact, maybe camera shake etc. Hopefully the player thinks this is immersive but with no reason to rage quit.

NUMBERS
The attacker should, in most cases, have a numerical advantage. So it is usually easy to justify the attacking AI having more troops and equipment. Often the issue is that there are only 16 AI groups to place the attacking AI units in. There are some creative things that can be done to assist with only 16 AI groups but it is often a limiting factor in larger scenarios.

AI MORTARS
On both defense and offense I usually make at least one AI group an on map mortar unit with plenty of ammo (I often use extra ammo trucks/ammo dumps). Ctrl / Click can be used in the AI plans to have the AI mortar unit bombard certain areas at certain times. On offense the mortars will support the scheme of maneuver. So bombard likely defensive positions and then shift to the next. Easy to do. On the defense it is a little more tricky, using the mortars, since human players vary a wide degree on how they will attack. This makes Triggers useful with the AI mortars in the defense. A trigger can be placed on a choke point or objective. This triggers the AI mortars to fire. That same trigger could cause one or more AI maneuver units to counter attack the choke point or objective. So now, in theory, you have the AI executing a combined arms counter attack. Cool when you have enough AI groups to make it all work.

AI MOVEMENT
As stated above Max Assault can actually slow or stop the AI assault. I often go with Advance and sometimes Assault on the objective. I've pretty much moved away from using Max Assault.

STATIC AI
I generally use AI group #1 for static AI units. With the AI orders they can be made to appear in different (somewhat random) locations. So you want an RPG teams on the left flank. Paint 6 good locations for the RPG team. On scenario start up the team will jump to one of those six locations. The RPG team can be in the farm house, in the west Woodline, in the ditch, in the barn etc. This also helps with replay.

REINFORCING AI GROUPS
Reinforcements can be sent to an AI group that has been moving and shooting since the scenario's beginning. Say 45 minutes into the scenario 3rd Tank Platoon spawns on the AI's map edge (where testing has shown none of the players units will be in LOS of said spawn). 3rd Platoon is assigned to AI group #5 which has been in the fight since turn #1. The timing of [A5] movements is set to facilitate the 3rd platoons entry into the linear orders sequence. 3rd Platoon joins [A5] and the battle continues. I used something similar with insurgent units in the CMBS scenario Tactical Operations Center (TOC). AI controlled Separatists would return to a base camp, get reinforced and go out on another mission against the player. This would continue until the player destroyed the base camp (causing new separatist reinforcements to hit an exit zone) or until the end of the scenario.

Scenario designers can do several things to help out the AI. Especially in "player vs AI only" scenarios. Most official BFC scenarios must be playable from either side and good for head to head play. These requirements can make AI competitiveness vs human more challenging.

If you are interested in a scenario where the AI is attacking I recently released a CMRT "player vs AI only" scenario Alarmeinheiten (Alarm Unit). It's a mini-campaign but has only one "real" scenario. The first scenario is where you choose what type of German vehicles (common vehicles or un-common, rare & unique vehicles) you want to take to the battle scenario.

Great stuff MOS. Some of the tricks you shared I am already using and some are new ideas. Great. I share your philosphy regarding opening barrages generally not being directly on top of the player's units (unless it it my intention to randomly resize the player's startup). I have not updated my CMRT to the latest version and will not be so don't think I can have a peek at Alarmeinheiten. I'll have a look though.

Kandu said:
Great stuff MOS. Some of the tricks you shared I am already using and some are new ideas. Great. I share your philosphy regarding opening barrages generally not being directly on top of the player's units (unless it it my intention to randomly resize the player's startup). I have not updated my CMRT to the latest version and will not be so don't think I can have a peek at Alarmeinheiten. I'll have a look though.
Click to expand...

Hopefully you can get Fire and Rubble someday. Lots of cool new stuff to include Partisans. 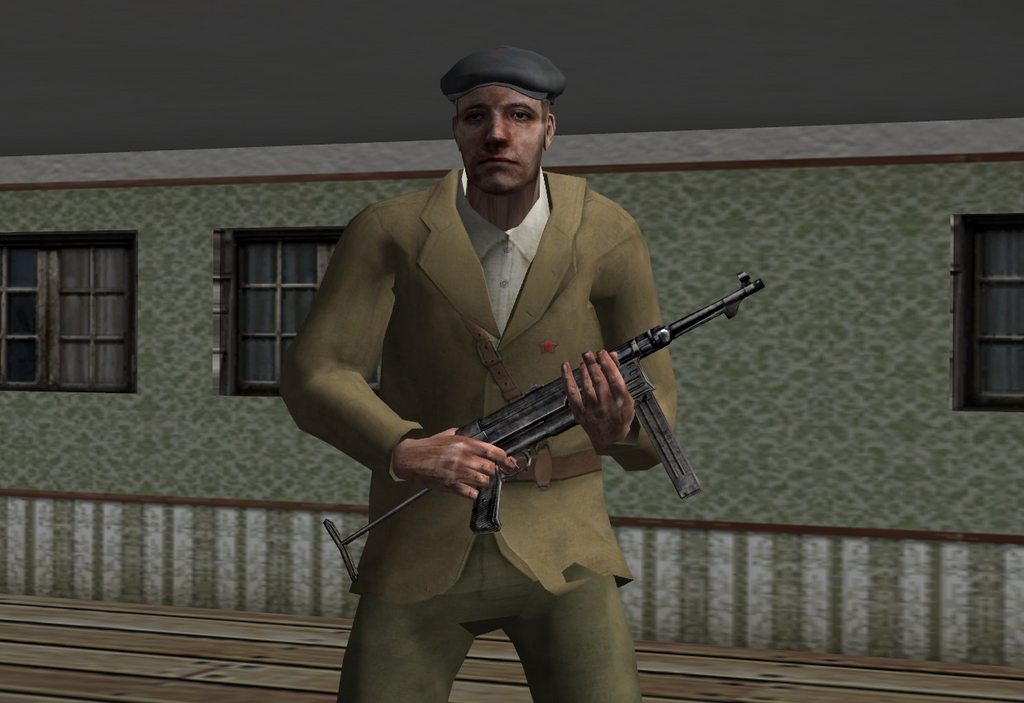