The Sten gun is a British submachine gun used in WWII notable for its extremely inexpensive production costs. The Sten gun was visually distinctive for its very bare appearance (just a pipe with a metal loop for a stock) and that the magazine stuck out horizontally, rather than downwards, which is the default for submachine guns.
Stens fired full automatic 9mm, and were often disparaged by soldiers for inaccuracy and break downs. They were essentially the cheapest possible weapon that would work at all. The logic behind the Sten's introduction was that Britain was facing imminent danger of being conquered by the Nazis, and desperately needed to arm large numbers of recruits very quickly. Prior to 1941 the British army had purchased Thompson submachine guns from America, but these were quite expensive. In order to rapidly equip a sufficient fighting force to counter the German threat, the Enfield armory was commisioned to produce a radically cheaper alternative.
Stens were produced in a wide number of variants, with the Mark II (pictured) being the most prolific, at 2 million units. Later versions had slightly more robust construction, including wooden grips and stock, as well as models with integral silencers. All combined, approximately 4.5 million Stens were produced during the war, many of which were airlifted by the crate to resistance fighters throughout occupied Europe. Due to their slim profile, and ease of dismantlement, they were good for concealment and guerilla war.
Despite its relative unpopularity with troops, the Sten saw continued use even after the economic crunch of WWII was over. Specialized versions of the Sten were used by British commandos in Korea, due to its very low weight and bulk.
Stens were so cheap, that even today despite the generally high cost of WWII era collectibles, a Sten gun, converted to semi-auto, can be had usually for less than $100.

Looks like the barrel where you hold it would get hot. Apparently not. 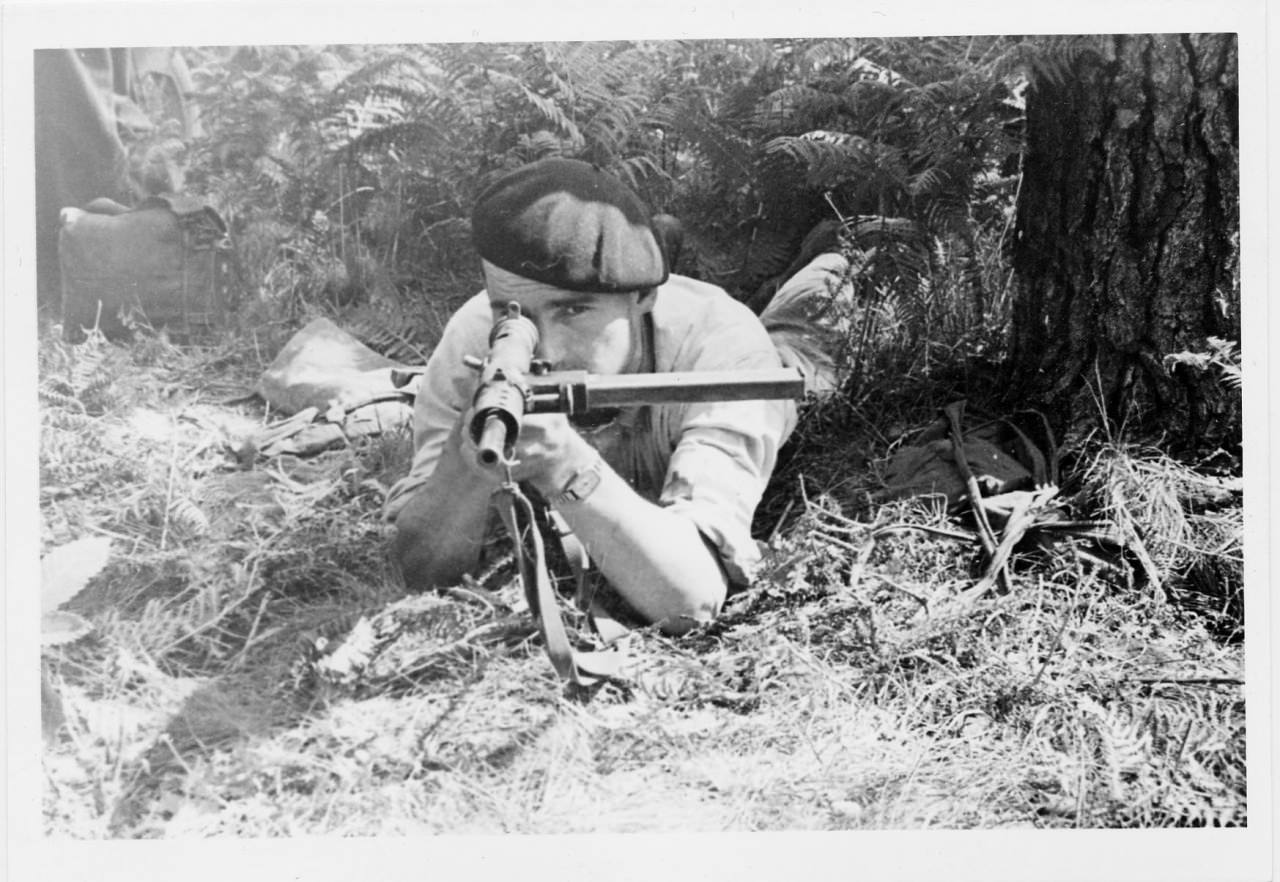