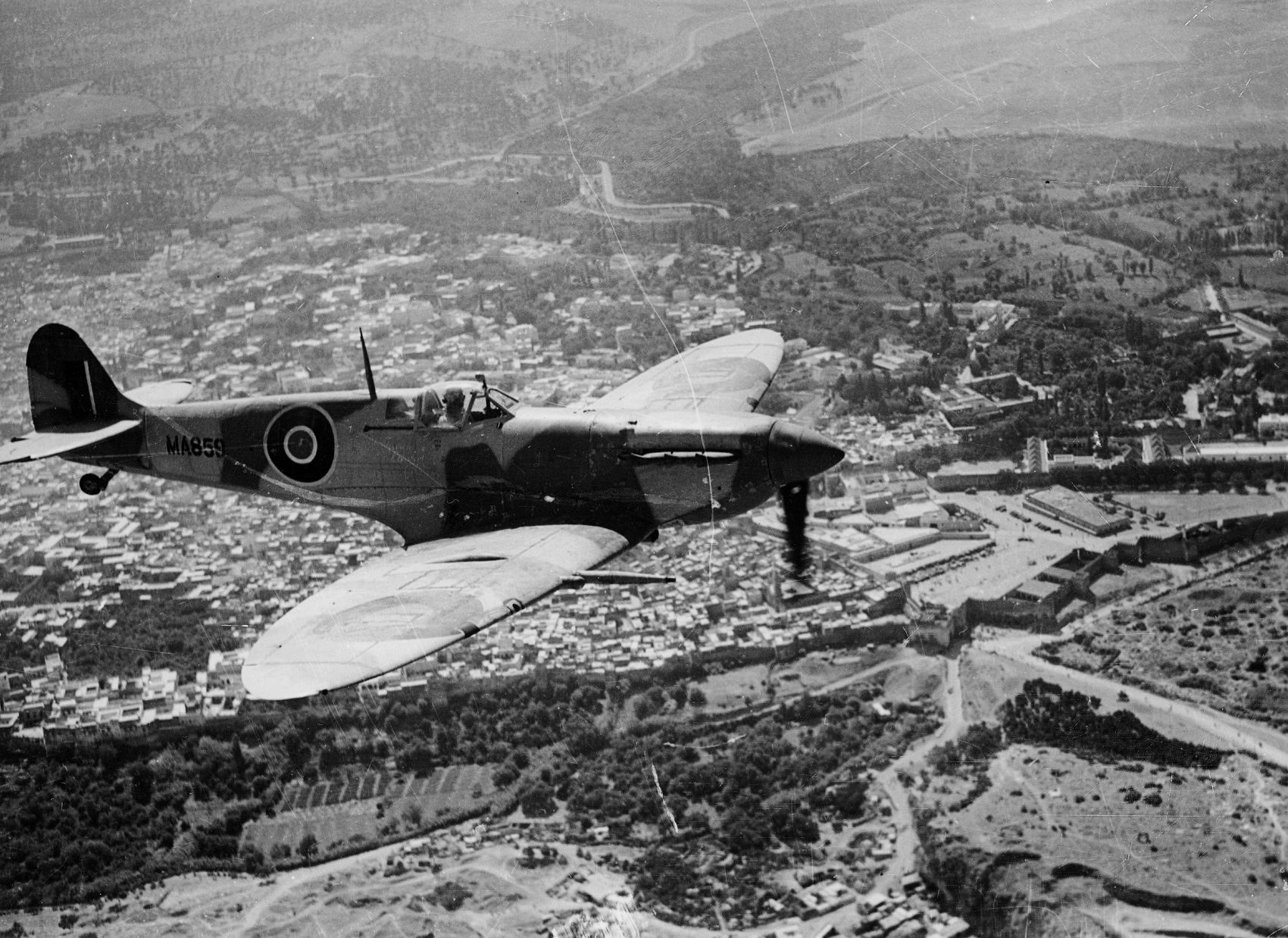 Eighty years ago, on March 5, 1936, a new prototype aeroplane taxied onto the runway at Eastleigh aerodrome, near Southampton in Hampshire. It was the product of the nearby Supermarine Aviation Works and had been designed by their chief designer R. J. Mitchell.

The first flight was a success and that plane would go on to enter production as the Spitfire.

It would become an iconic symbol of Britain’s defiance against the vastly superior German Luftwaffe during the Battle of Britain. It would go down in History.

The Spitfire was designed to be a short-range, high-performance interceptor aircraft. It featured an elliptical wing design, made as thin as possible. This enabled the Spitfire to have a higher top speed than several contemporary fighters, including the Hawker Hurricane.

Just 4 years after its first tentative flight, hundreds of Spitfires were in action in the Battle of Britain. Then as now, it was perceived as the Royal Air Force fighter – although in truth more Hurricanes fought in the battle.

Its speed meant it took on the best of the German planes, the Messerschmitt BF109E, and frequently came out on top.

After the Battle of Britain had been won, the Spitfire operated across the globe and became the mainstay of the RAF.

Today it is remembered and revered, not just for what it helped its pilots achieve, but also as a piece of great British design. Sadly, R.J. Mitchell didn’t see the success of his creation. He died in 1937

A total of 20,531 Spitfires in 40 modifications were built. It remained in service with various airforces for many years after the end of the war and the Seafire naval variation was last used in combat by the Royal Navy from the carrier HMS Triumph in the Korean war. 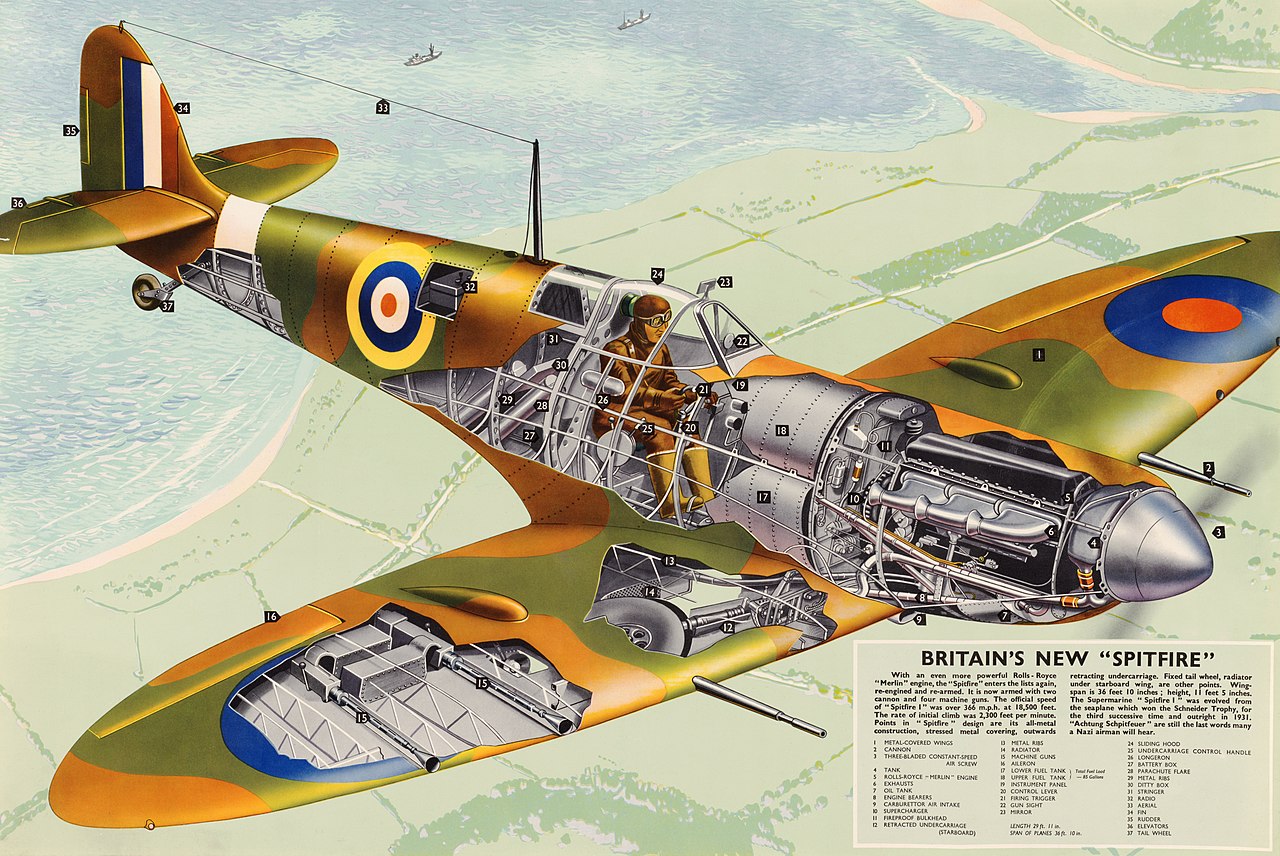 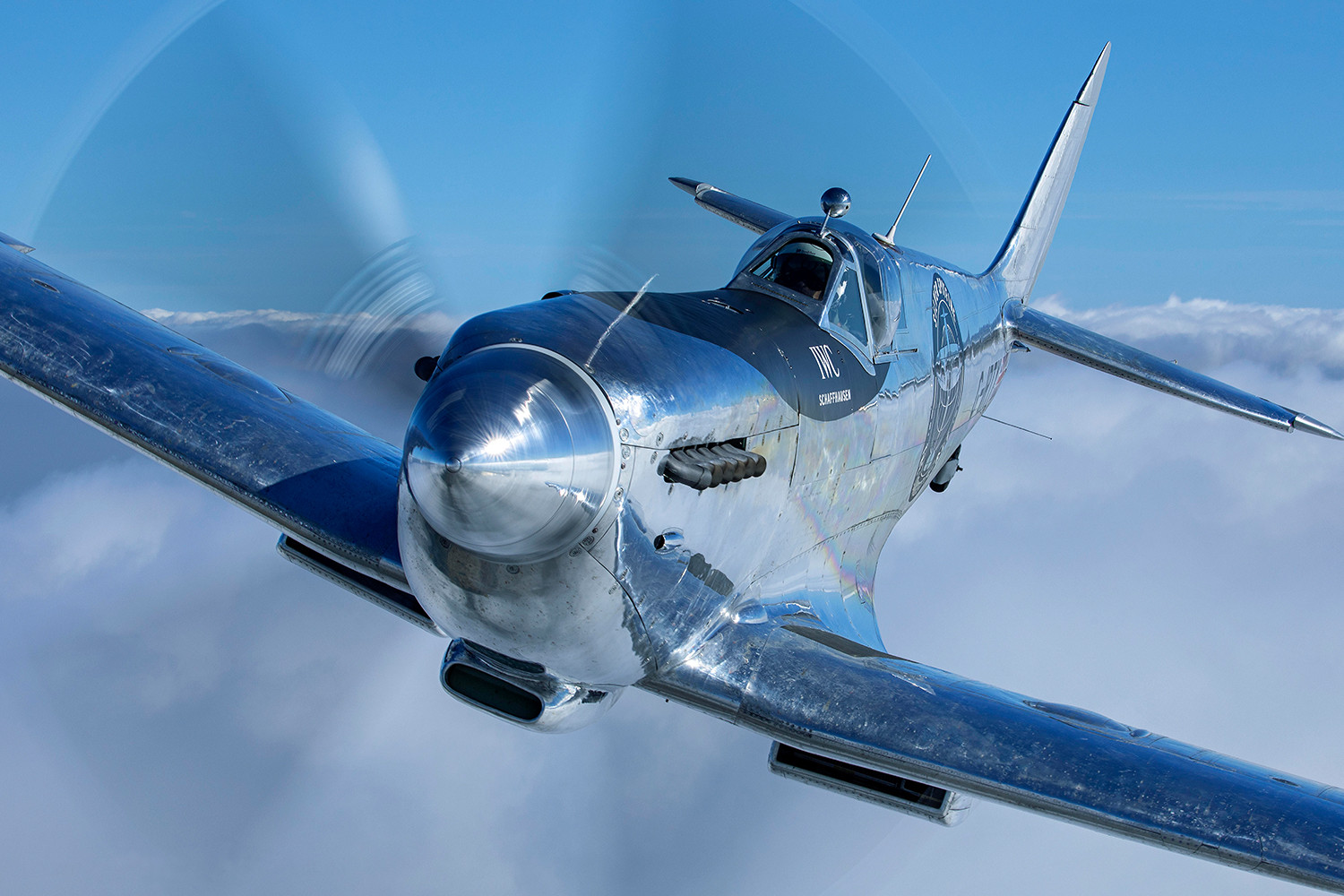 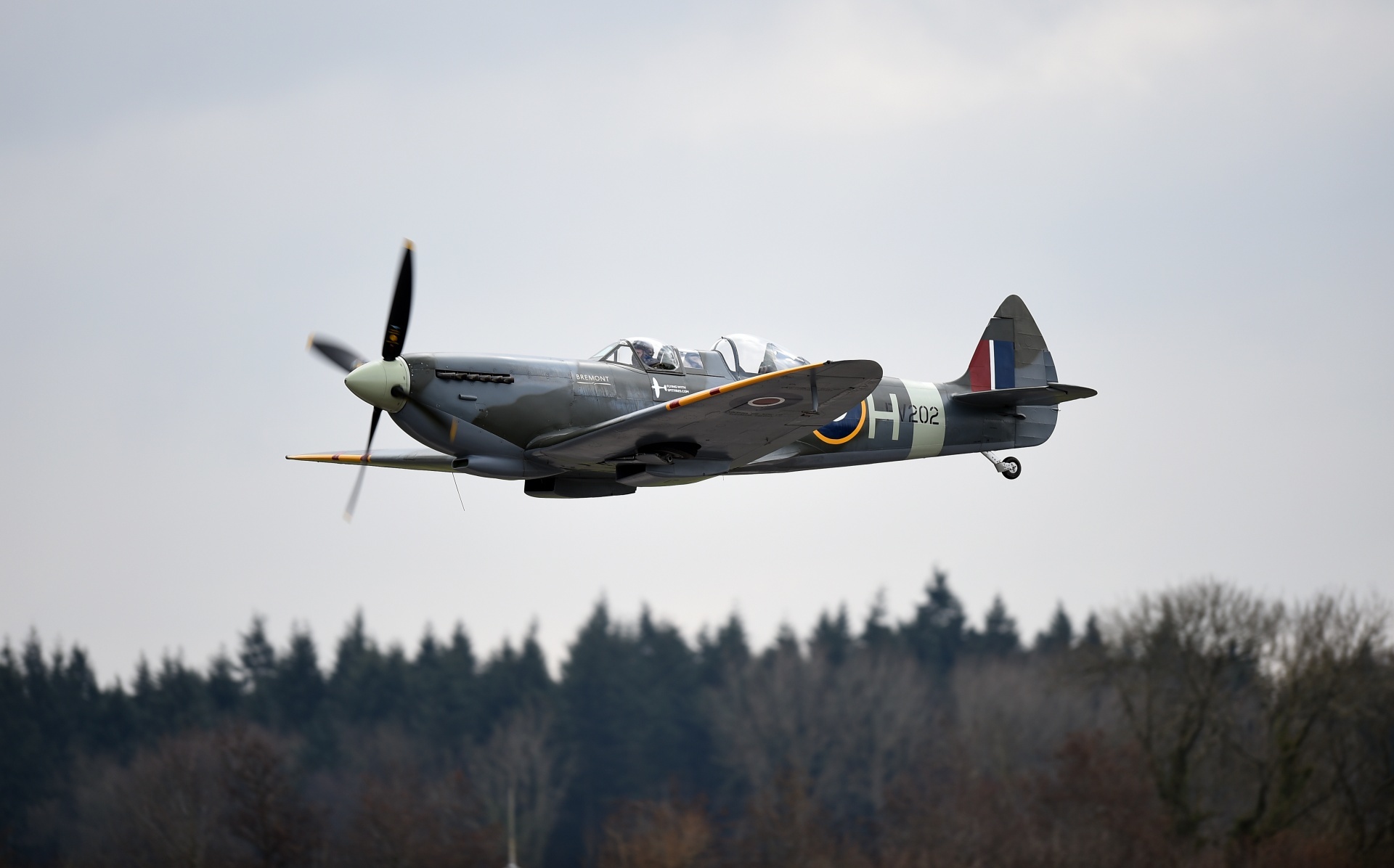 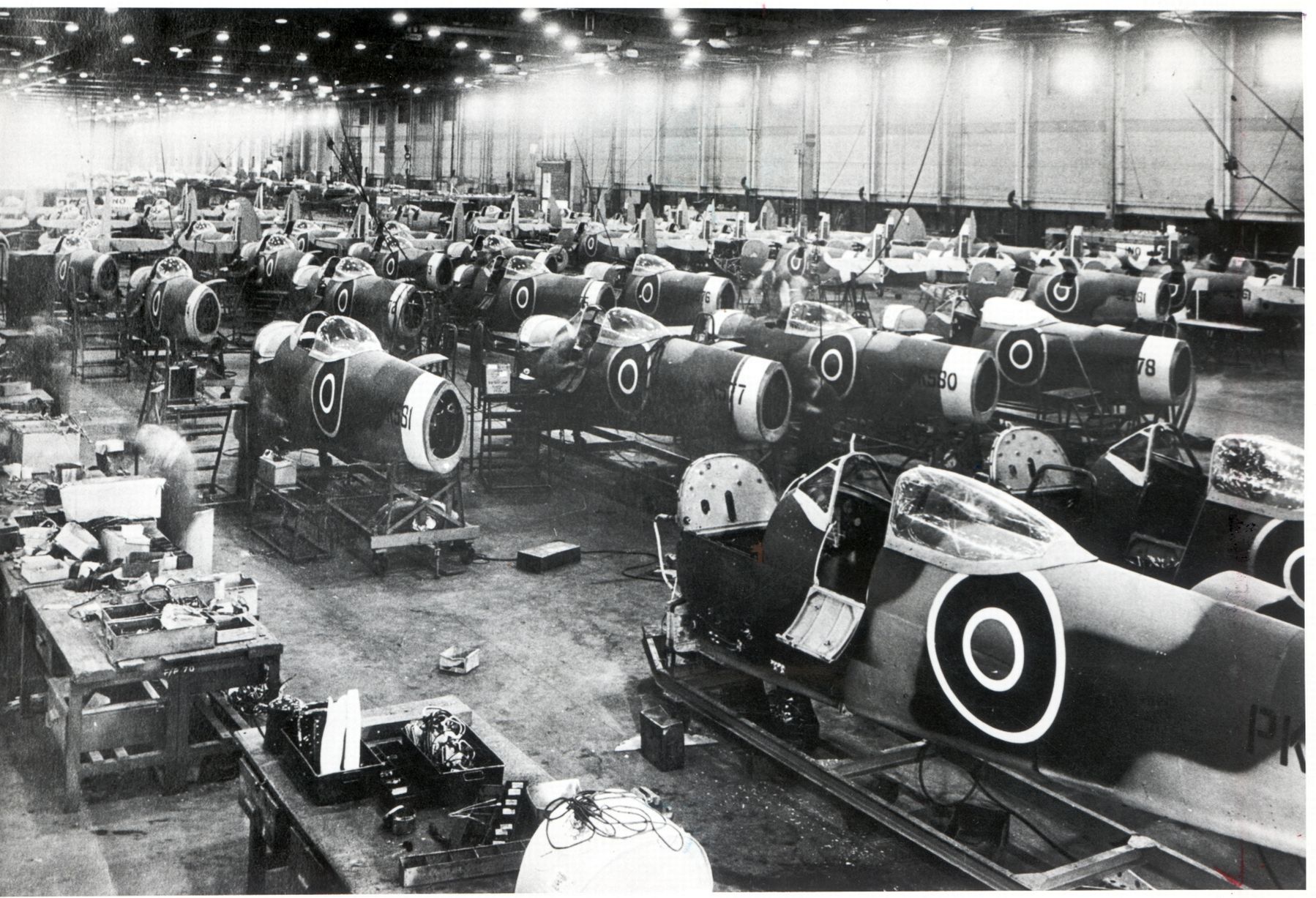 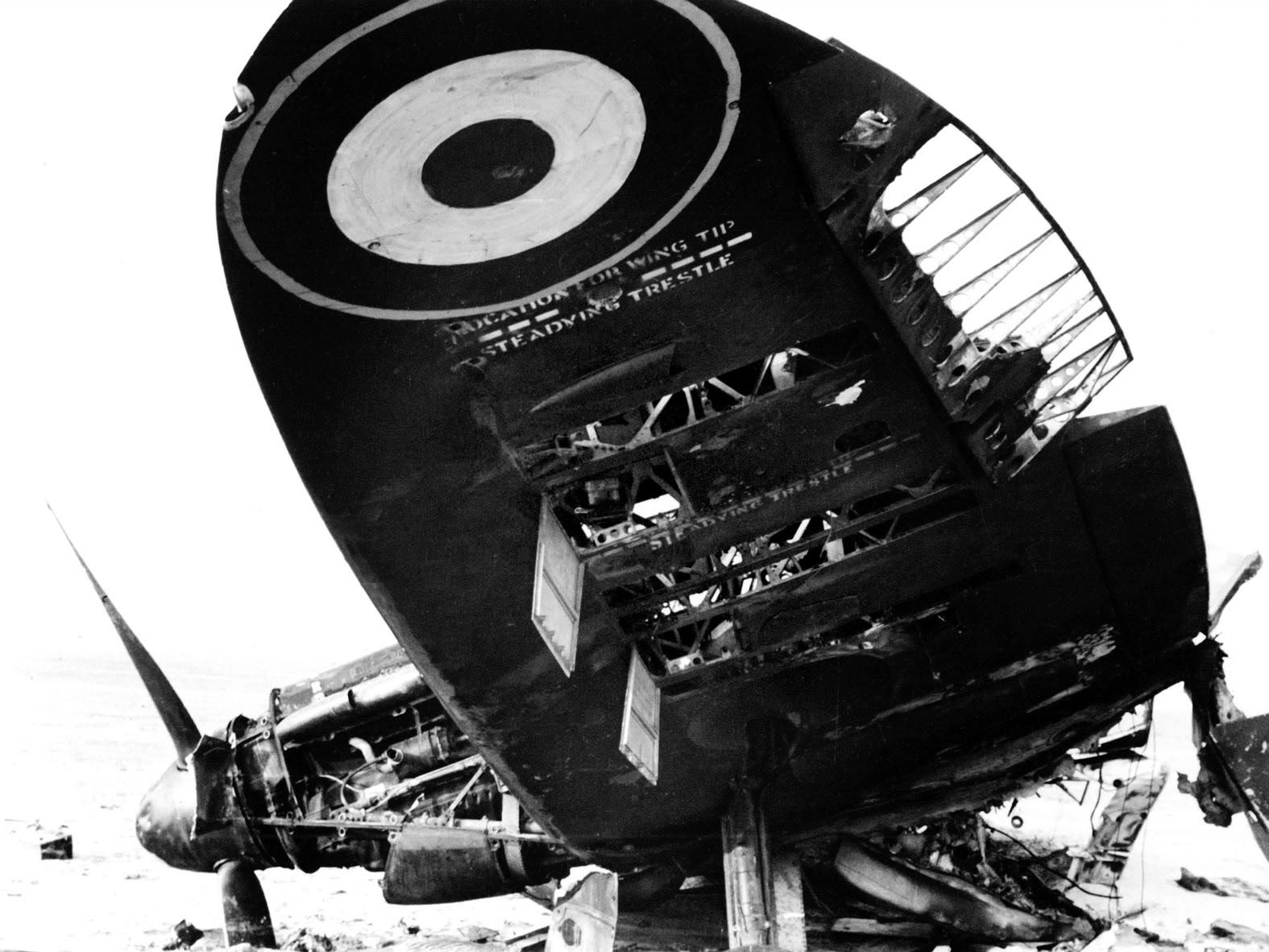 How to knock a V1 off course.
No bullets, Spitfire would simply move closer to the V1s, tap on its wings and throw its gyroscope out of line. 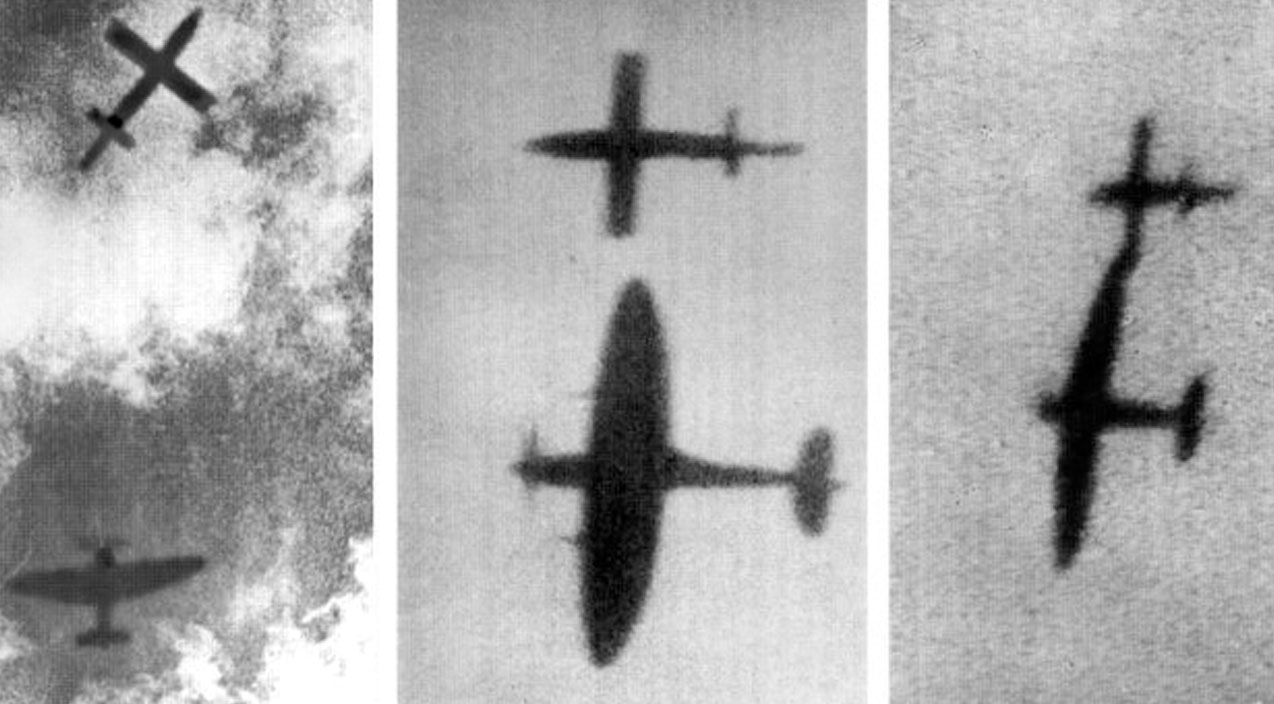 German pose at the downed Spitfire on the beach in the Dunkirk area. 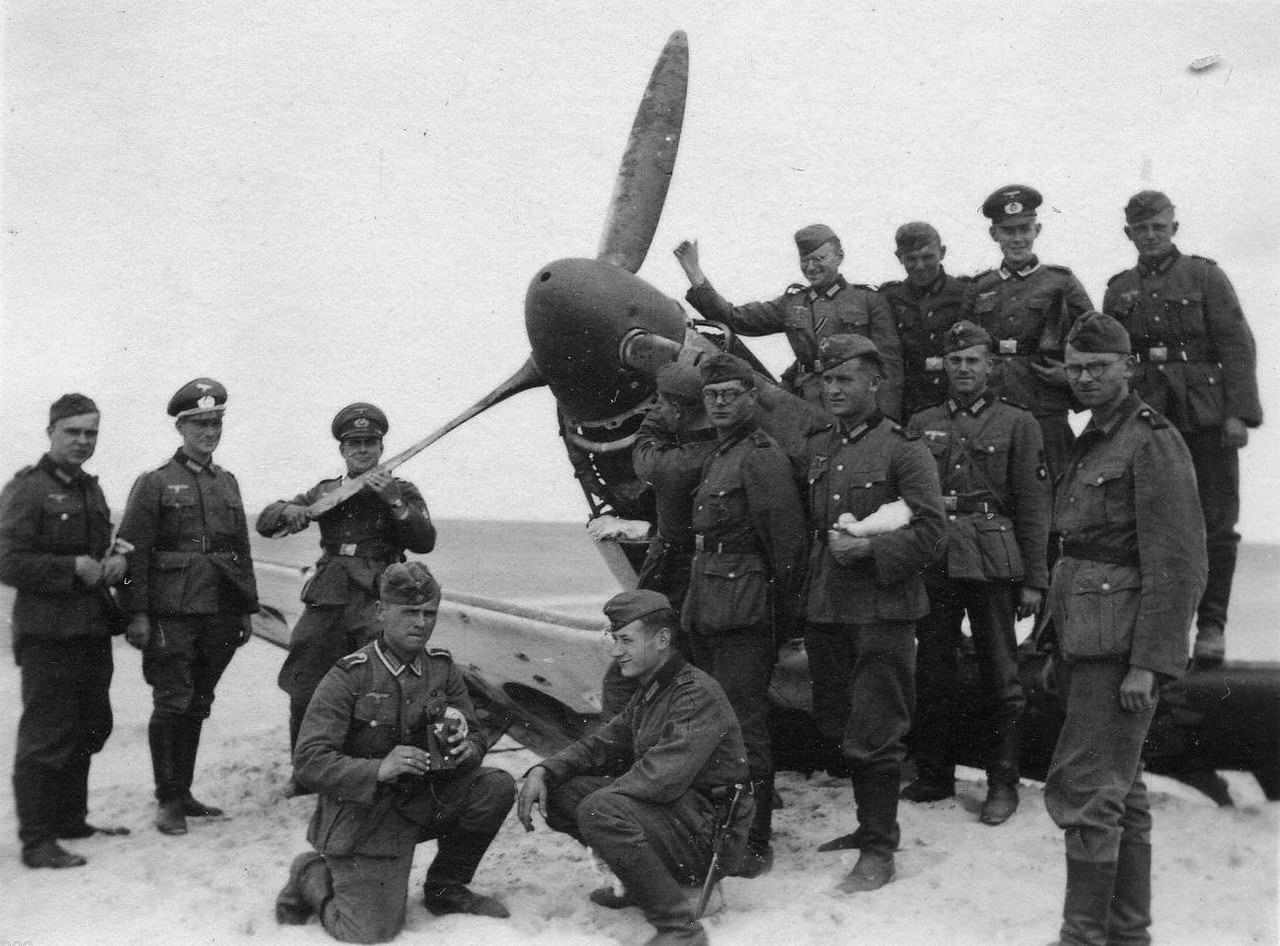 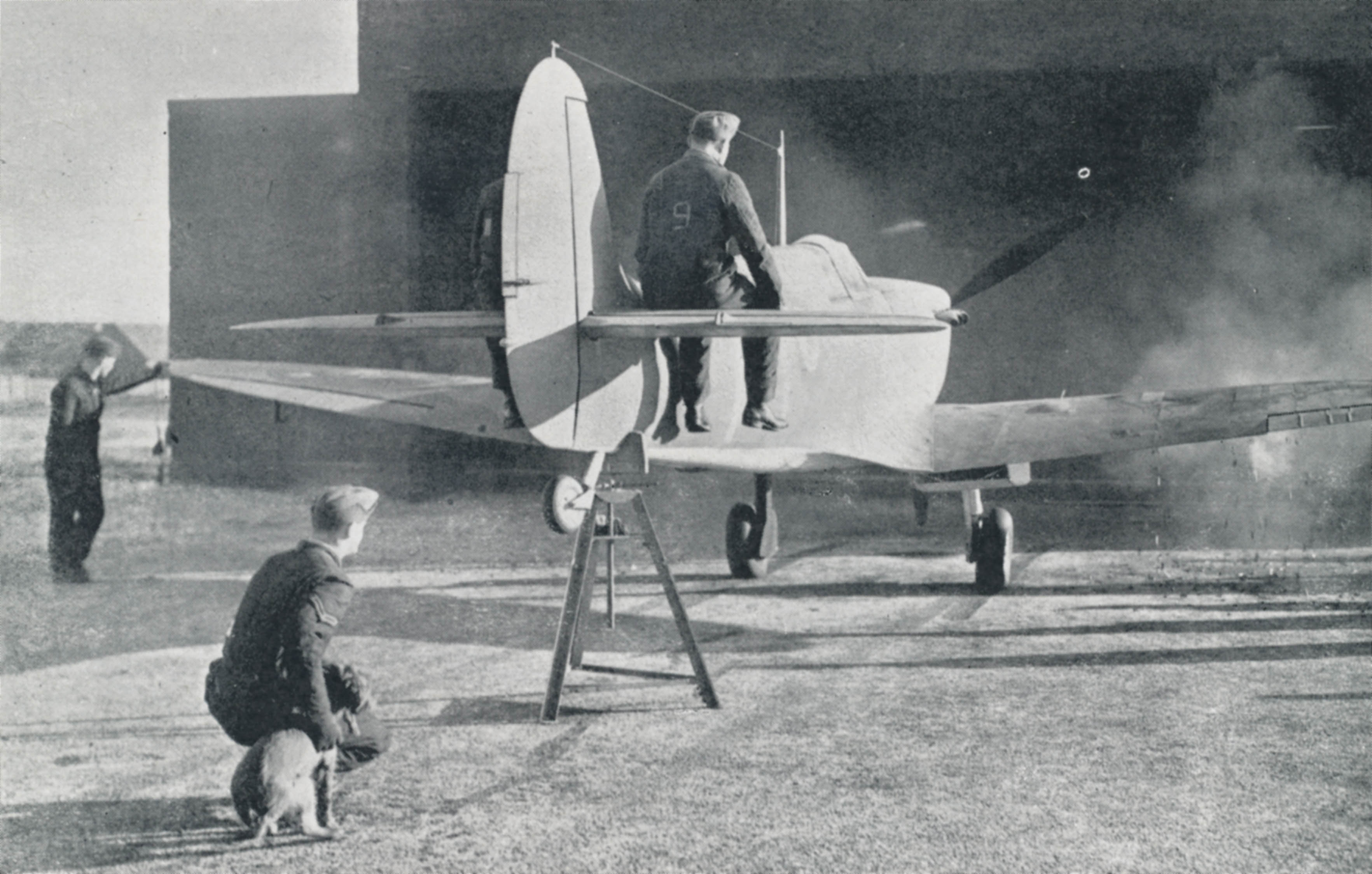 The above picture of the captured Spit. Is that the one from the movie?

This guys clearly can hit the broad side of a barn.

If you've got access to BBC Iplayer there's a 90-minute documentary about the Spitfire available for a few days, link here - Spitfire documentary 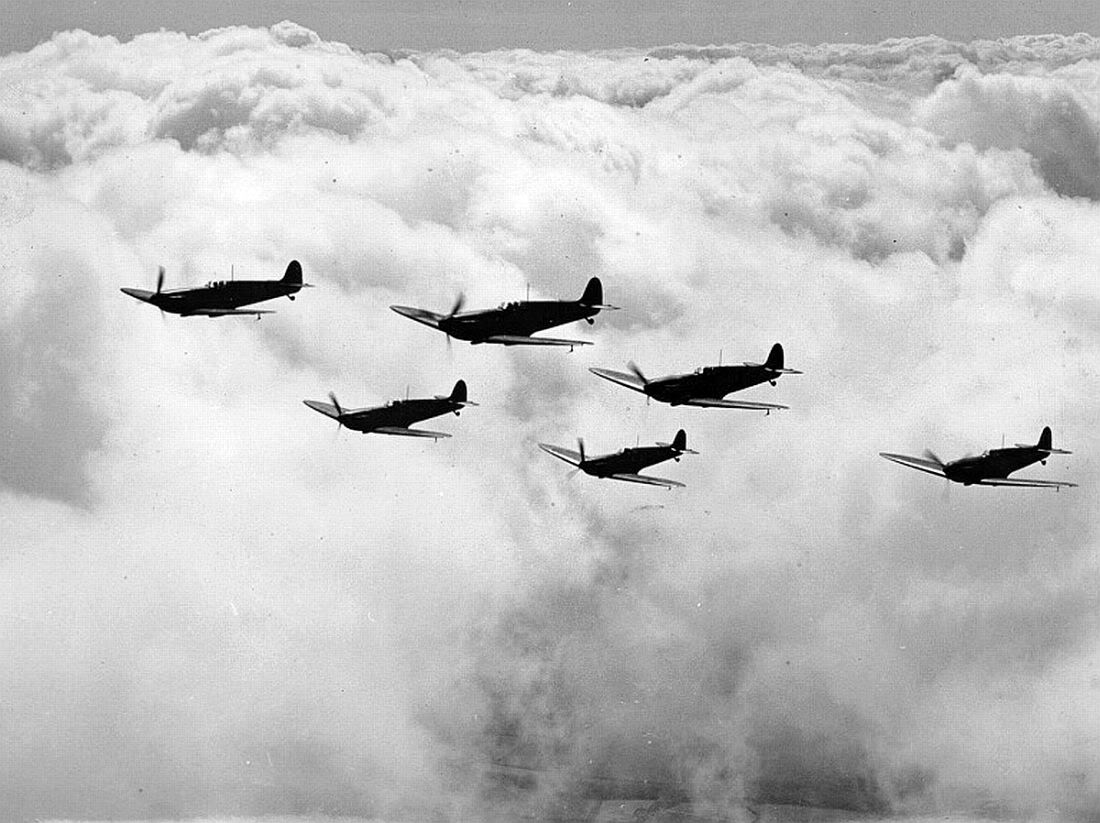 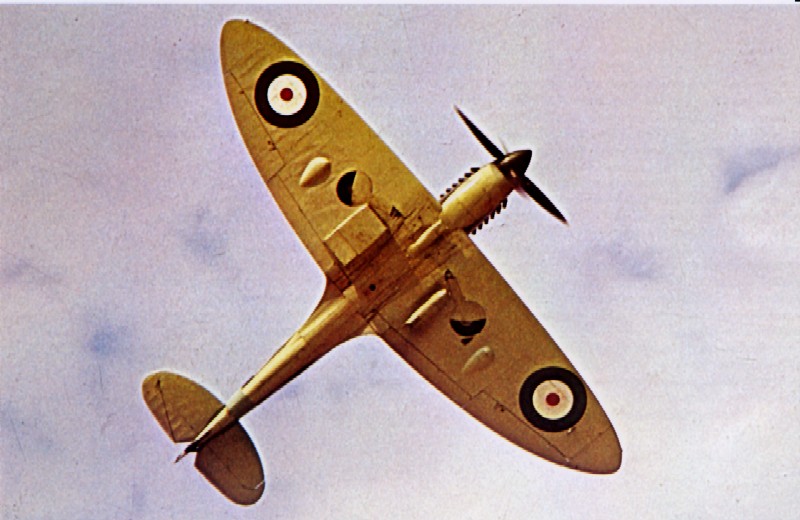