A battering ram was a siege weapon used in ancient times to break open fortification walls or doors. In its simplest form, a battering ram is just a large, heavy log carried by several people and propelled with force against an obstacle such as the gates or doors of a fortress. the momentum of the ram would be sufficient to damage the target if the log were heavy enough, or if it were moved quickly enough.-

The battering ram was the favorite siege machine of the Romans, who used it in a more sophisticated design in which the battering ram was slung by ropes or chains in a wheeled support frame so that it could be much more massive and also more easily swung against its target. Sometimes the battering point of the ram would be reinforced with a metal head and vulnerable parts of the ram might be bound with metal bands.-

Many battering rams had protective roofs and side-screens covered in materials, usually fresh wet hides, presumably from the animals eaten by the besiegers, to prevent the ram being set on fire, as well as to protect the operators of the ram from enemies firing arrows down on them by allowing them to seek shelter within the battering ram structure.-
Last edited: Oct 7, 2017 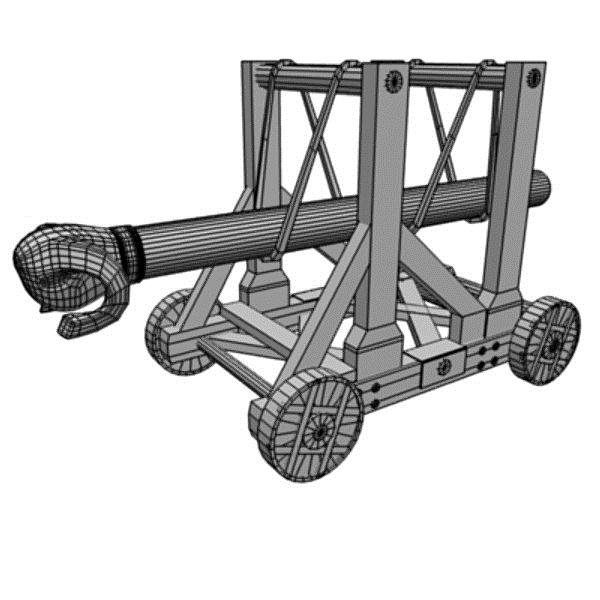